We travelled 5.5 hours from Manila to China to taste good, authentic Chinese Food (but guess, just like in Manila not all Chinese restos serve tasty food – will talk about it more in another post). I live in Manila which is too close to Binondo, yet I haven’t experienced yet the thing they called, Chinatown foodtrip. That’s the irony of life, you don’t tend to visit the places near your home because you thought that they would always be there – but NOT. I found out that one of the famous Chinese restaurants had move (well, not recently) and changed its name. So I don’t need an airplane and a suitcase, all I need is 2 hours (commute time plus traffic) to get to Panciteria San Jose, or now known as Comida China De Manila.

Let me share with you the press release I got, and I can say that since they offer a lot of different dishes other than pancit, it is just good decision to change the name. This restaurant is listed in my restaurants-to-try this year.

Filipino culture is richly embroidered with both Spanish and Chinese influences, with cuisine as the centerpiece attraction. How the two cultures have blended perfectly in its host Filipino country is revealed in the names that Chinese dishes were called around the 1900s, with some names surviving through the present era.

Ever heard of Morisqueta Tostada? Pueco con Agreo Dulce? Camaron Rebosado, Ampalaya con Carne? All these Spanish sounding dishes are actually delicious, authentic Chinese food. Fried Rice, Sweet Sour Pork, Shrimps in Batter and Bitter Melon with Beef are what they are, respectively. And certified foodies of yesteryears did not go hunting for “Chinese Food” when they had food cravings or wanted to eat out with family and friends. They looked for “Comida China” (literally Chinese food in Spanish) which to old Manilans referred to that distinct style of panciteria fare in Binondo from the early 1900’s to the 1970’s. 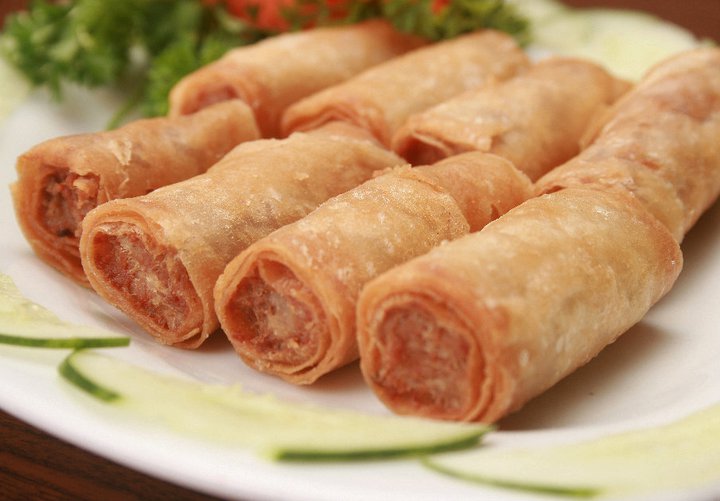 Now, Panciteria San Jacinto – one of the favourite Chinese restaurants of Manilans in the pre- war and post-war era which has survived to this day – has changed its name to Comida China de Manila. Located along E. Rodriguez, Jr. Ave. (C5) in Pasig City, the present-day Panciteria San Jacinto is a favourite destination of Chinese food aficionados in the metro. Big Chinese families, Pinoy families on weekend feasts, regular foodies, office workers in the area and seekers of good Chinese food pay regular pilgrimages to the place to satisfy their palates. The lure of bountiful lauriats, all-time Chinese favourites and the discovery of new things on the menu (like dimsum and the unique, flavourful Comida China Soup) have lured them to Panciteria San Jacinto-Pasig since it opened in 1996.

“Panciteria San Jacinto was one of the famous and favourite destinations for “comida china” since the pre-war years (it was first established in 1894), and we have been privileged to keep its legacy going through the years. We are happy to have revived the name and identity of the famous restaurant. We are also proud that we have taken its cuisine to new heights and made Panciteria San Jacinto’s comida china available to younger generations, thanks to our joint venture with its original owners,” explains Benny V. Torres, President of Comida China de Manila, Inc.

“We want to keep history alive and get younger generations in touch with the glorious past of Chinese restaurants along T. Pinpin street in Binondo, which by the way was originally named Calle San Jacinto. We chose Comida China de Manila as our new name because it is representative of all the panciterias of that era. Besides, the restaurant has evolved into something more than a panciteria. To begin with our Pasig branch, a full service 400- seater restaurant, is well appointed and comfortable. Our menu remains faithful to the classic
Cantonese fare served in Binondo, complemented with new dishes put together by our Chief Cook who began his career in the very first Panciteria San Jacinto restaurant along T. Pinpin Street. The new name will also suit the vintage Manila look of our interiors, which is in the works.” Benny adds.

The Torres Family chose to take a different direction from the old panciteria concept of the Pasig restaurant by opting for a more formal and upscale ambience, says Benny, but the food at Comida China de Manila remains affordable to its clientele. Served in desired portions to match both pocket and appetite, old favourites and new fare are offered in poquito (half small or grazing portions), small, medium and large serving sizes.

Catering and in-house feasts are all still part of the Comida China de Manila offerings.

Younger generations who may not have even heard of the term “comida china” are suddenly discovering the charm of experiencing Chinese food with Spanish titles, observes Benny.

“It’s part of our mixed culture. The food itself and the names of the dishes are all part of our history. Perhaps through our new name we will be able to make younger generations become more aware and proud of our colourful past and the interwoven influences in our history,” he concludes.

Have you tried Comida China de Manila? What dishes would you suggest?