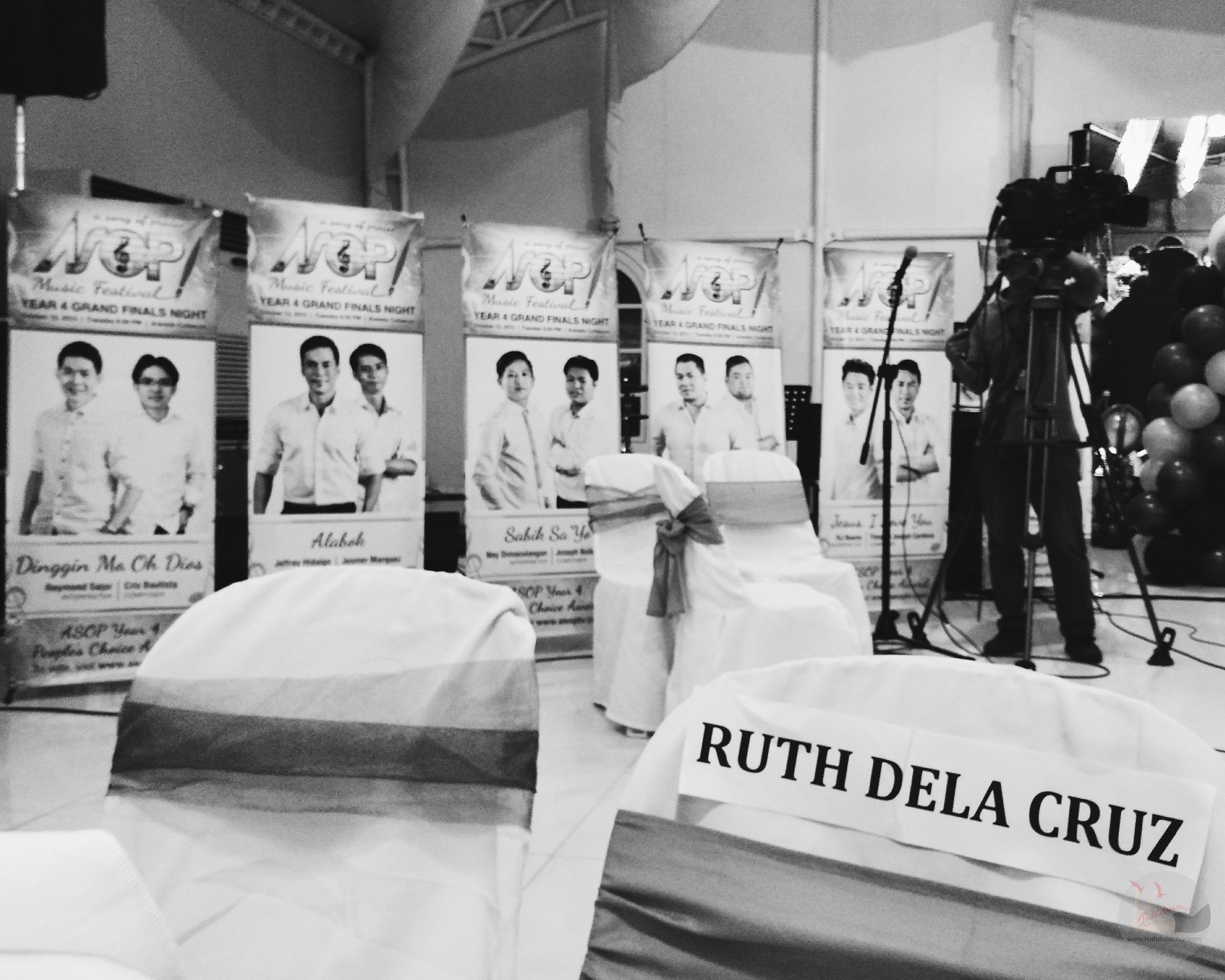 If you were blessed with a talent to write and compose a song and a voice to sing a beautiful melody, what kind of songs would you make or sing?
12 pairs of composers and singers dedicated their talent to compose and sing songs of praises for the ASOP Musical Festival.
I got the chance to meet them – some are professionals and others are amateurs – during the press conference held yesterday at Elements in Centris.
This may seem a little out of ordinary for me to write about religion or anything that may be related to religion.. But (my wonderful) experiences taught me to embrace differences 🙂 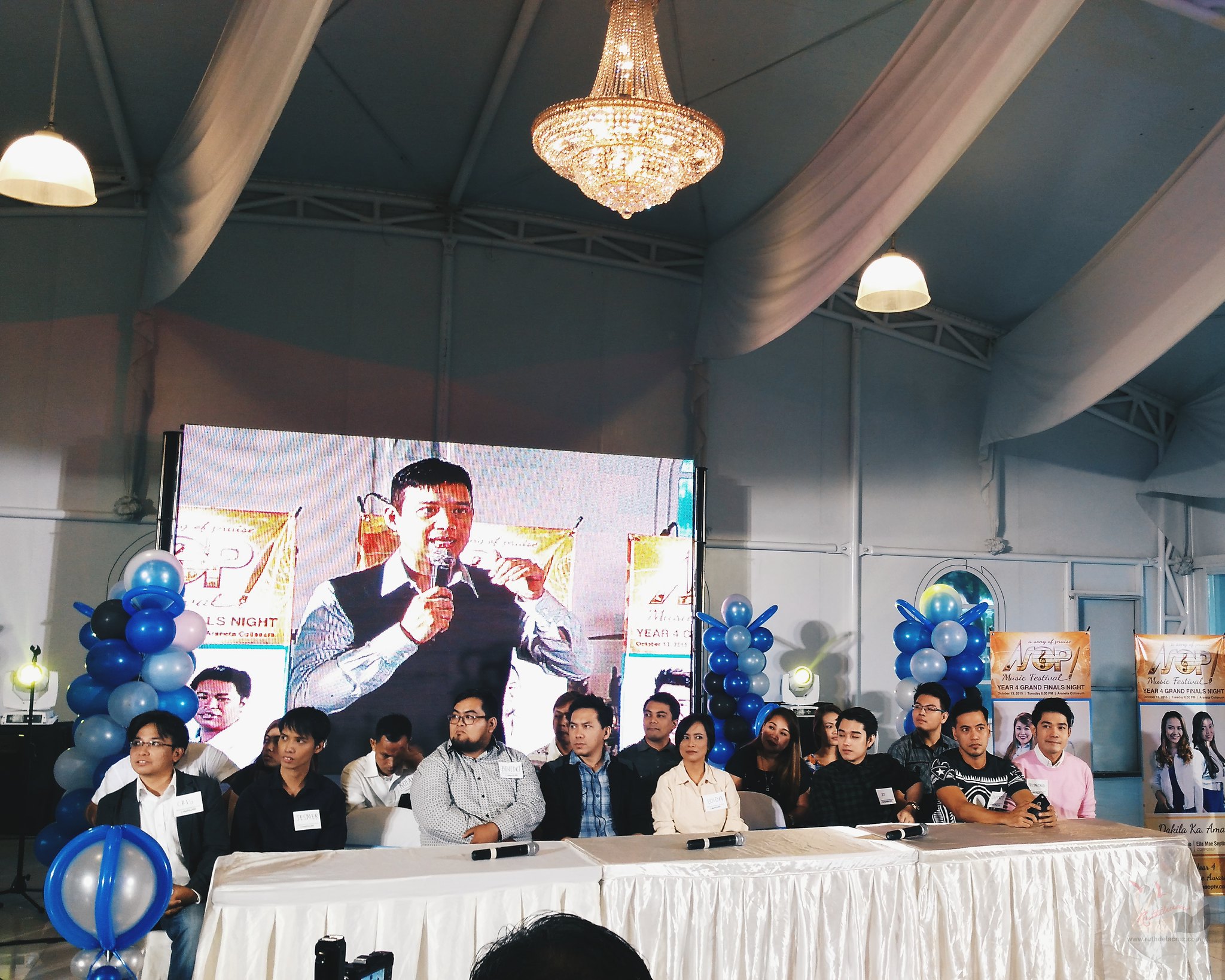 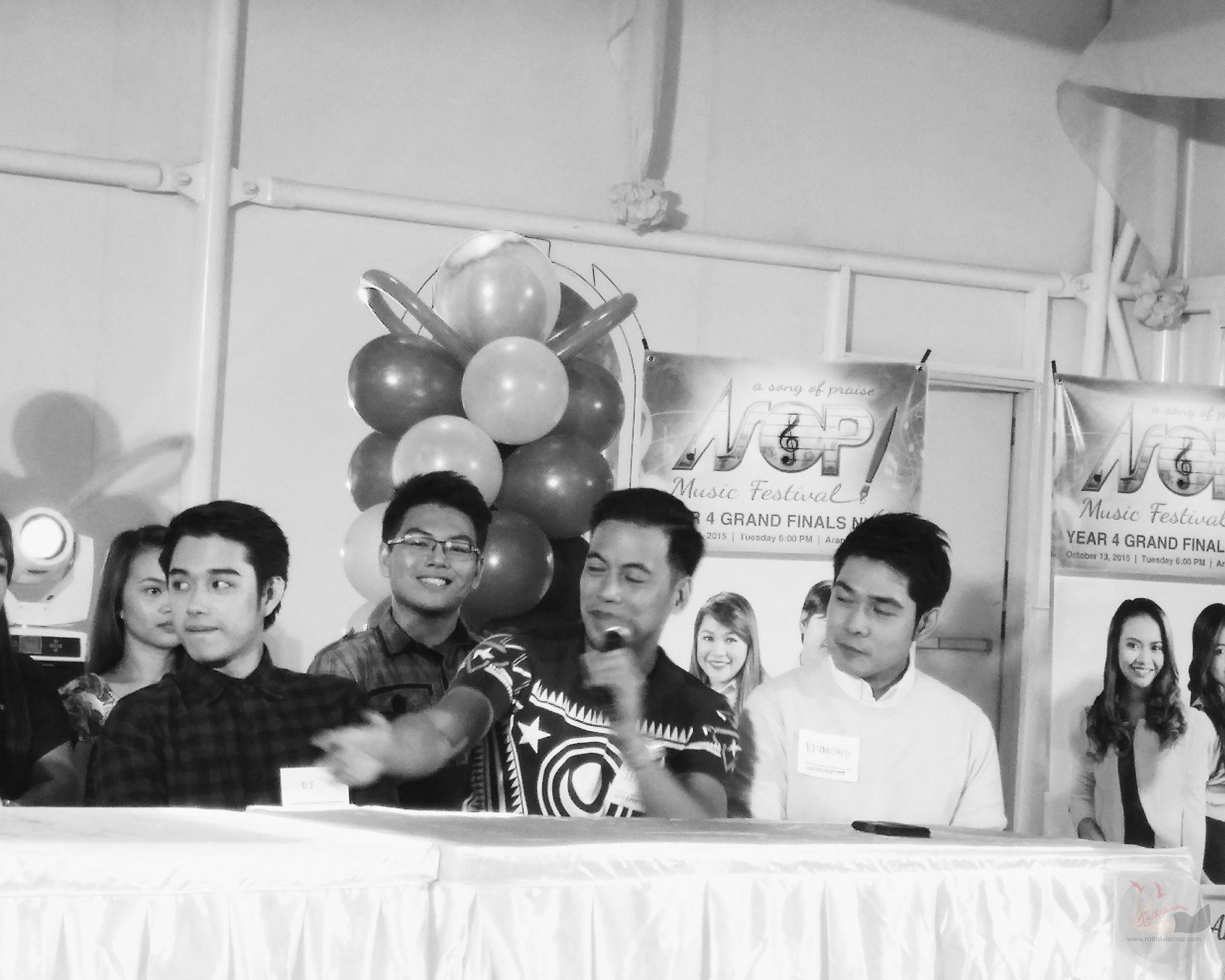 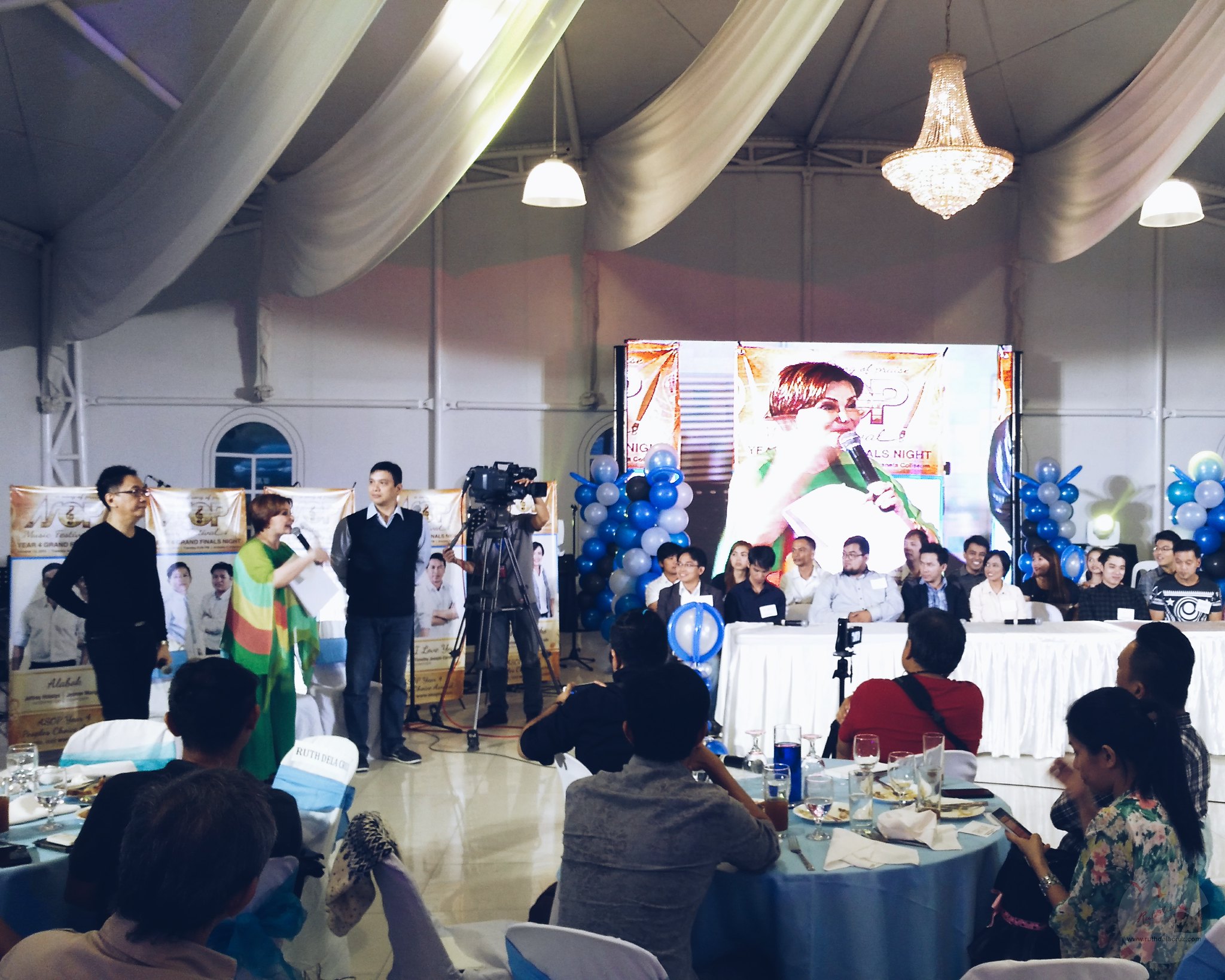 Anyway, it was a pleasant surprise to see familiar faces in the music industry taking part in the music festival. The grand finals would be judged by respected names in the industry: Ryan Cayabyab, Celeste Legaspi, Mon del Rosario, Jungee Marcelo, Jett Pangan, and Lachmi Baviera.

The Twelve Finalists who made it to the final cut: 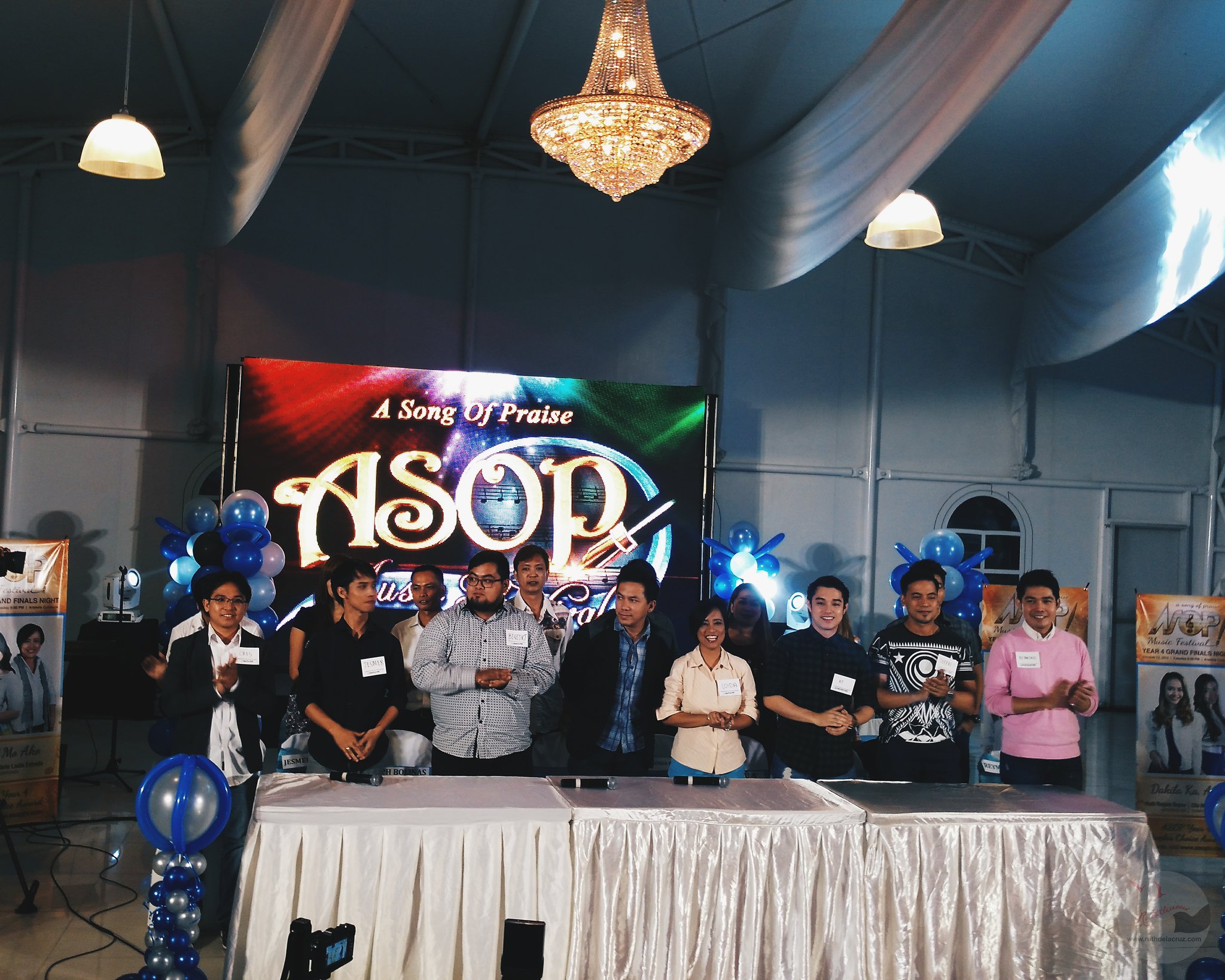 What makes these songs different from other songs of praises is that they sound like a normal song that you can listen on the radio. The message is subtle yet powerful. I love how one finalist said that it is His love that pushes him to join and write a song.  Interestingly, these songs would be available online FREE of Charge for download and sharing.
The prizes at stake are: 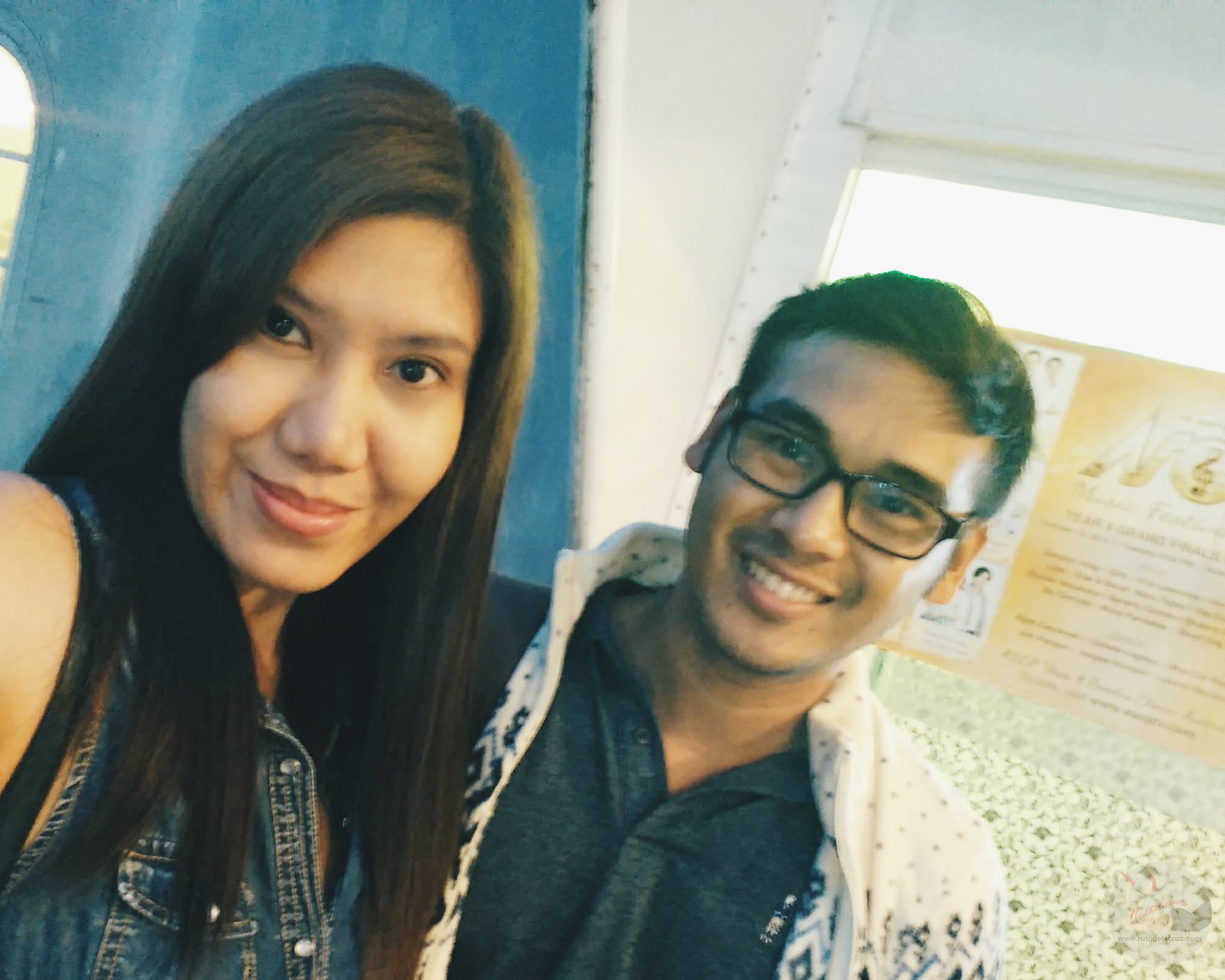