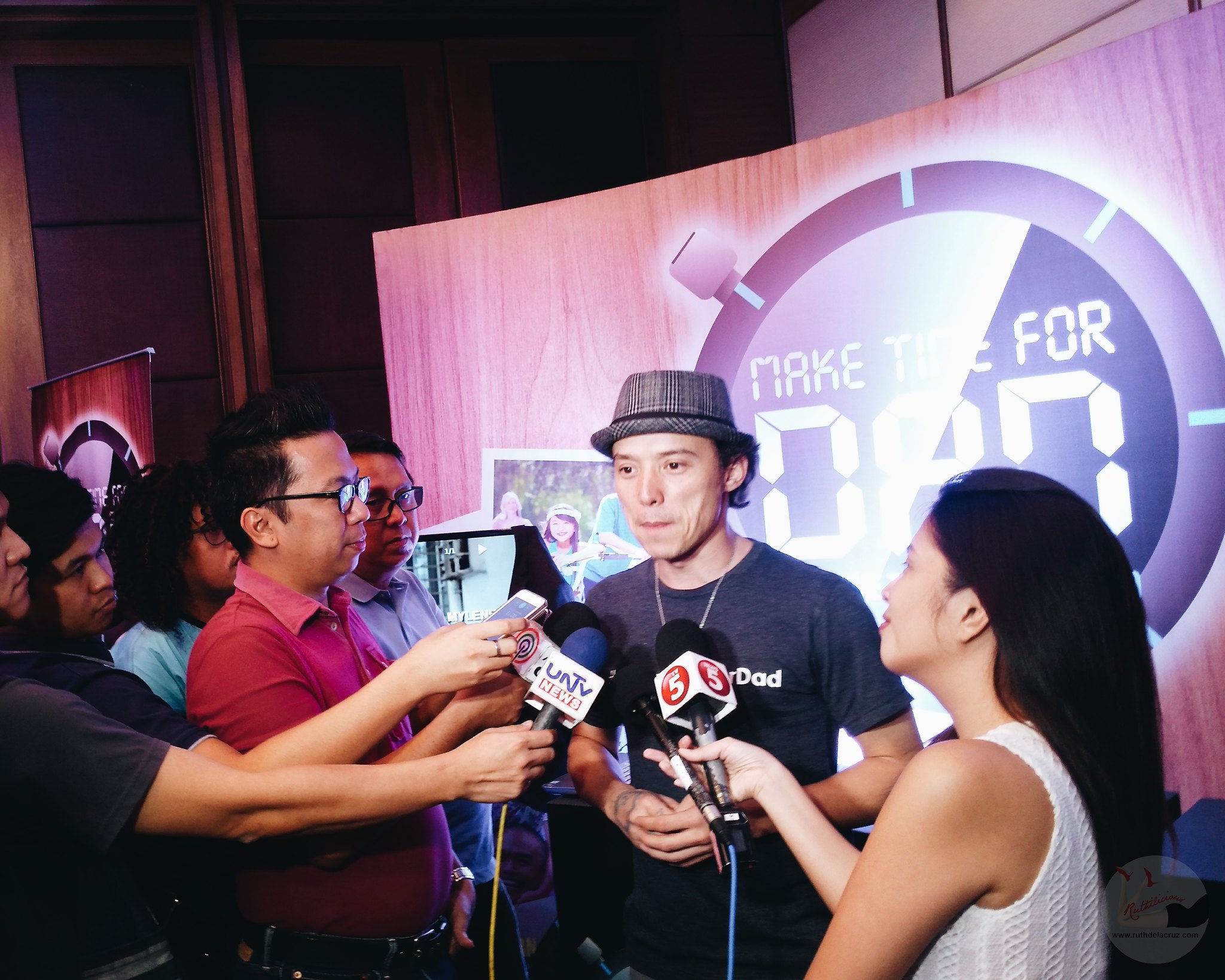 The Disease that Killed the King of Comedy
#MakeTimeforDad Campaign supported by Epi and Eric Quizon.
Have you ever imagined growing up with Dolphy (Philippines’ King of Comedy) as your father? I could imagine endless laugh and jokes everyday, all day.
It was an opposite of my childhood though. I never really grew up close with my father. He is very strict (in an irrational way). Maybe we were not a picture of a happy family. Now that I am older,  I forget all the drama and choose to be happy.
Anyway, Epi Quizon (son of Dolphy) shared with us last Thursday the challenges that Dolphy had faced while battling with Chronic Obstructive Pulmonary Disease or COPD. True to Dolphy’s credo “the show must go on“, he continuously made people laugh even if it means risking his health with every performance.

COPD is a progressive lung ailment that makes breathing difficult and invariably leads to death. It is the seventh killer disease in the Philippines, which is not surprising in a country where there are 17.3 million adult smokers.
Cigarette smoking causes 80% to 90% of COPD cases. Aside from smoking, pollution – both indoor and outdoor – can also cause COPD, according to studies by the World Health Organization. Patients who are suffering from COPD experience breathlessness, abnormal sputum characterized by a mix of saliva and mucus, and chronic cough.


“Dad lived to perform, even if he was already wheelchair-bound and could barely stand, he would revert back into his old self whenever the cameras started rolling,” shared son Eric Quizon.

Dolphy was once a chain-smoker who started in his teens but quit when he was 45 after being diagnosed with emphysema. At that time his lungs were already black.
The damage to his lungs continued to progress with age and Dolphy was diagnosed with COPD at the age of 79, at that time only his partner Zsazsa Padilla knew of his condition.


When he turned 80, he began carrying that oxygen concentrator everywhere he went. It was at the same time of the launch of his book and when we went on a US tour,” he recalled.


“Our dad was a fighter. He was our general, our commander-in-chief, so watching him get weaker and trying hard just to catch his breath was very difficult for us,” Epy, Eric’s younger brother recalled emotionally. “The saddest part of is seeing how your loved one deteriorates and there is nothing you can do.”  Epy said. 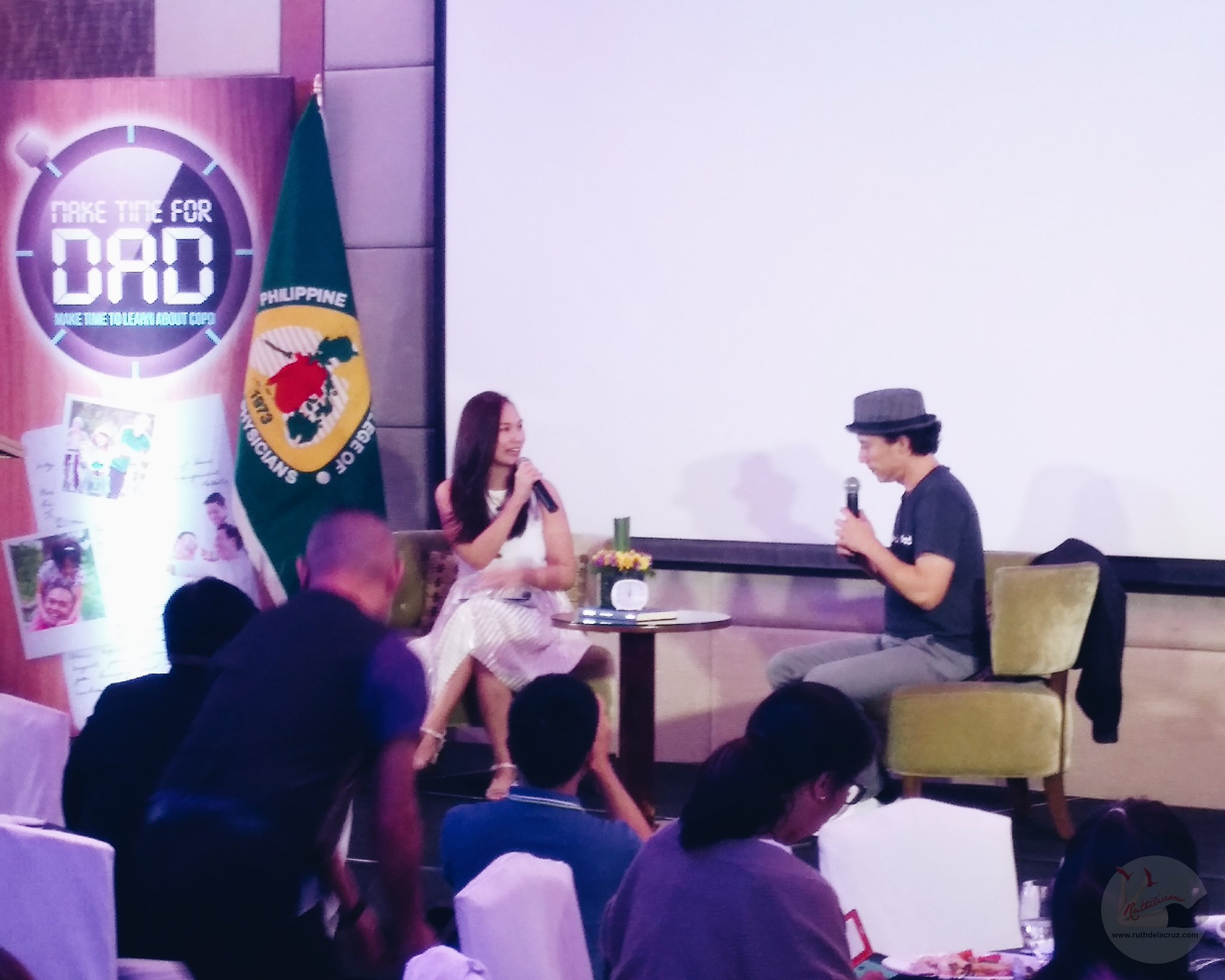 In mid-2012, Dolphy was hospitalized again and after battling 13 bouts of pneumonia, Dolphy succumbed to the disease on July 10, 2012 at age 83. It was a sad moment. I always feel affected when actors and actresses passed away. It kind of make me feel old, and my parents older.
I used to smoke a lot. Surprisingly, I was able to quit in an instant. I didn’t find it hard. It is like I woke up and realized that I don’t want to smell like an ashtray. I still do smoke socially. But I can quit anytime.
It is a good story to remind our loved ones the importance of good health so we can spend more time with our family and do the things that we love.
Speaking of making time with dad, GlaxoSmithKline and the Philippine College of Chest Physicians (PCCP), are spearheading a new campaign called #MakeTimeForDad. Joining the campaign are the Quizon brothers Eric and Epy who are honoring their father by fighting the disease that claimed Dolphy’s life.

Upload a 30-second video on Facebook or Instagram stating a list of things they want to do or wish they could have done with their loved fathers. This would serve as a reminder for them to act now if they feel that their loved ones are at risk for COPD, and value each moment they spend with them.
It was the first time I heard about the disease and it is kind of scary because it affects the whole family. No one knows if you have COPD, the symptoms could be shortness of breath and coughing. 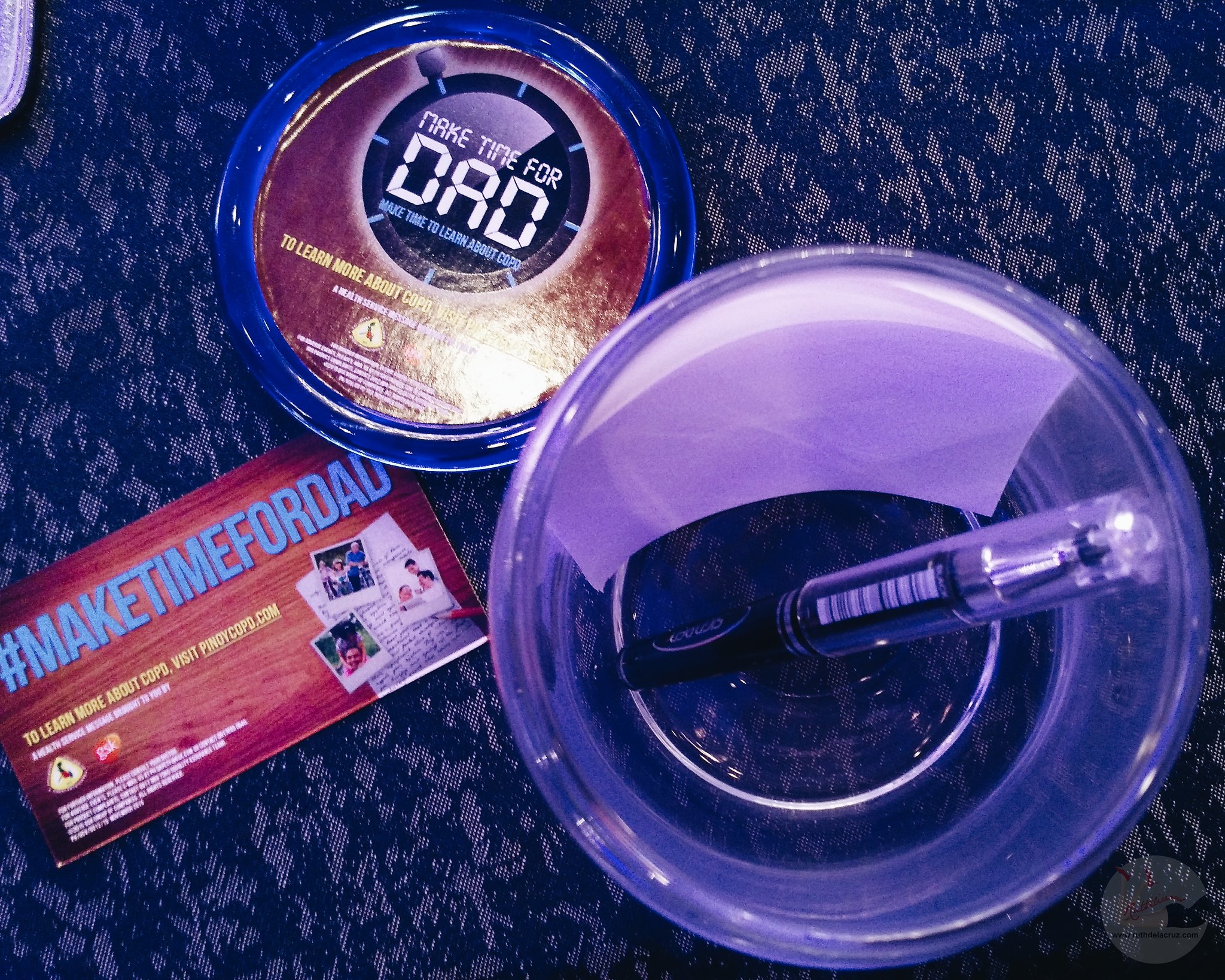 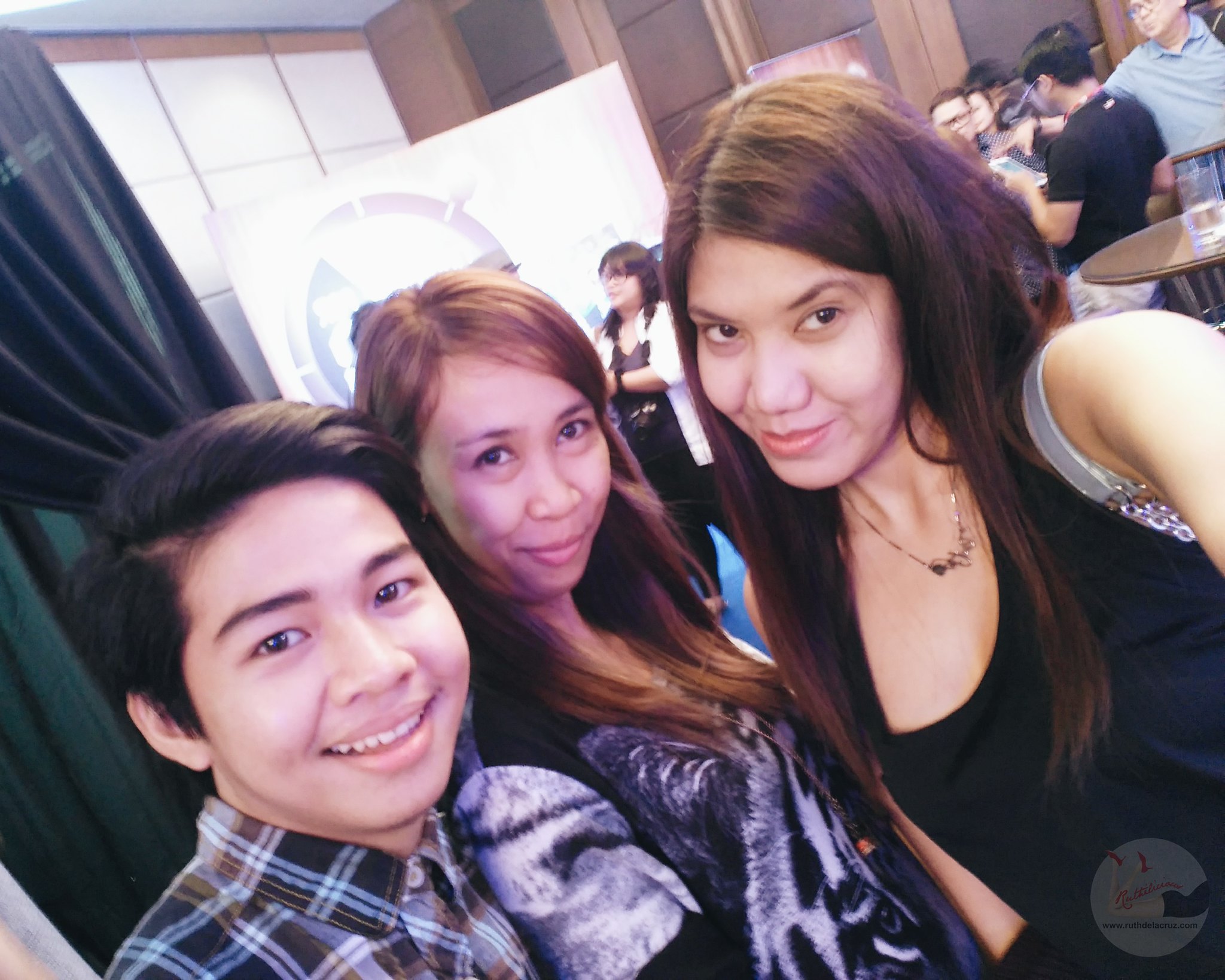 It is a Sunday, what are your plans? Make sure that you spend time with dad and your family. Always choose moment over anything.  #MakeTimeforDad or with mom and accompany them to the doctor for check up 🙂

Way too funny to come to an event and saw people wearing the same print! 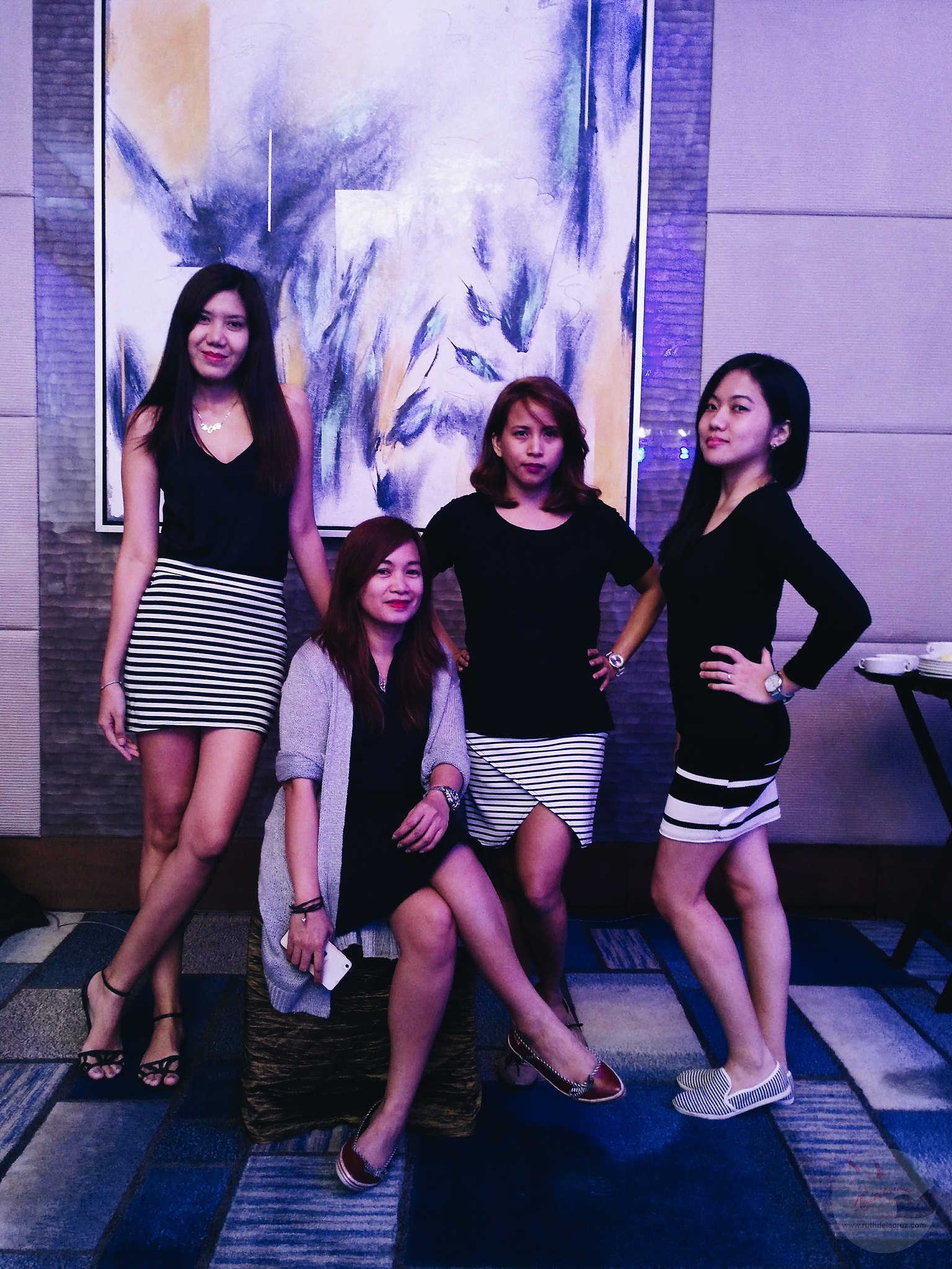 If you are reading this post somewhere, it is originally written by Ruth and published in www.ruthdelacruz.com.
#Maketimefordad Epi Quizon COPD Dolphy Health
Leave a comment