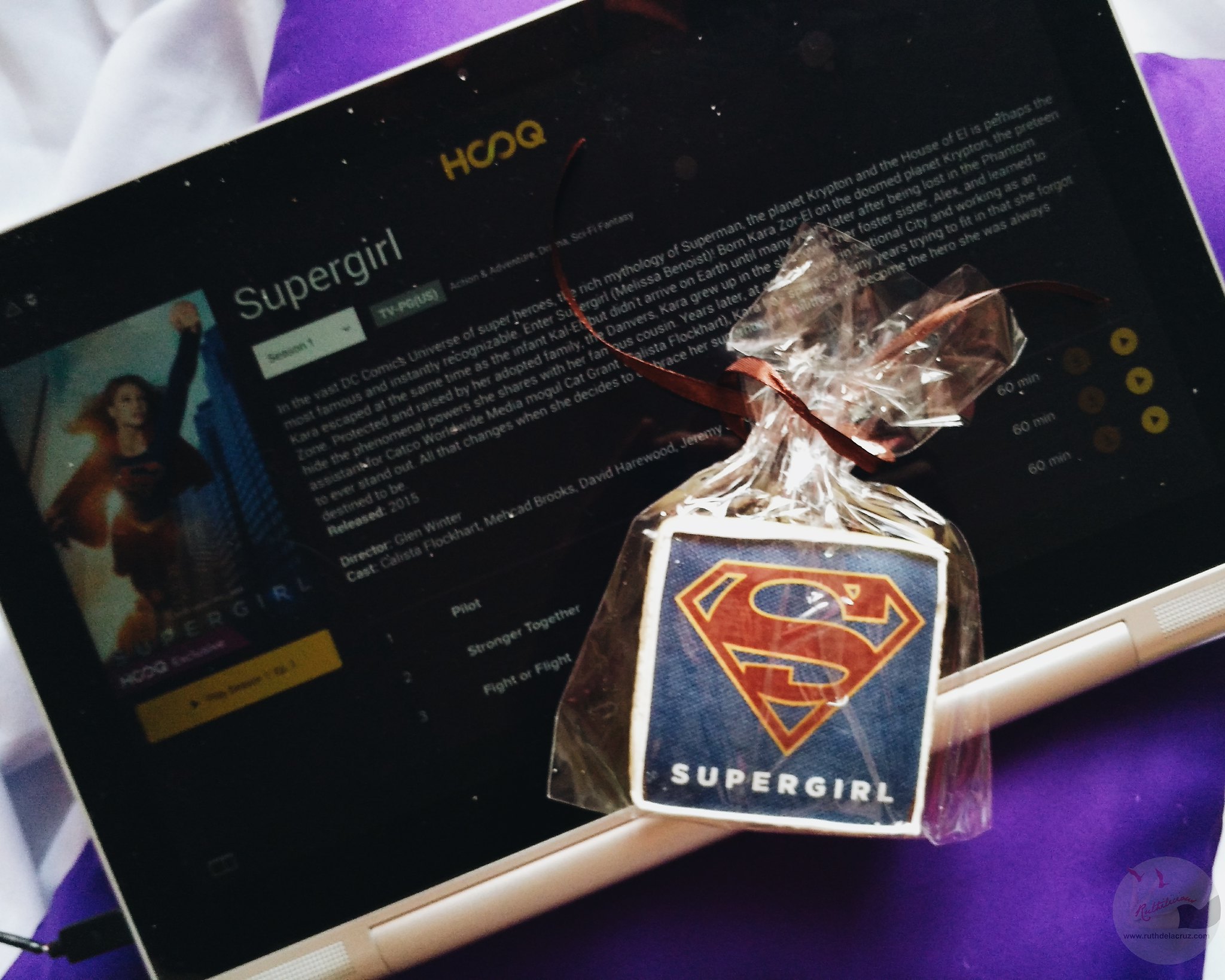 My weekend is all planned well with my Home Theater set up and a new superhero series to take me on new adventures.

I am quite excited to watch and start a new TV series especially that Supergirl’s recent US premiere attracted 12.9 million viewers, elevating Supergirl as this season’s most- watched new series debut and another must-watch series on HOOQ, along with other superhero-themed series such as The Flash, Gotham, Arrow and Smallville, and movies like Captain America – The First Avenger,

“We can’t wait to share this week’s newest TV series – Supergirl!  HOOQ subscribers can look forward to new episodes every Tuesday, same day as the US telecast”, said Jane Cruz-Walker,  Country Manager of HOOQ Philippines.   “This is another exclusive on HOOQ, following last week’s Asia premiere of Ash vs Evil Dead,” she added.

Sharing a spot on HOOQ’s wide selection of movies and TV shows are series like Thor, Iron Man, The Dark Knight Rises and Spider-Man.

Supergirl is a new Hollywood action-adventure drama series based on the DC Comics character Kara Zor-El  (played by Melissa Benoist), Superman’s cousin who, after 12 years of keeping her powers a secret on Earth, decides to embrace her superhuman abilities and be the hero she was always meant to be. The story begins as Kara, with the help of her parents, escapes the doomed planet Krypton at the same time as her infant cousin Kal-El.  Protected and raised on Earth by her foster family, the Danvers, Kara grew up in the shadow of her foster sister, Alex (Chyler Leigh), and conceals the phenomenal powers she shares with her famous cousin, to keep her identity a secret.  Now 24 years old, Kara lives in National City assisting media mogul and fierce taskmaster Cat Grant (Calista Flockhart).  She works alongside her friend and IT technician Winn Schott (Jeremy Jordan) and famous photographer James Olsen (Mehcad Brooks), who Grant just hired away from the Daily Planet to serve as her new art director.  However, Kara’s days of keeping her talents a secret end when Hank Henshaw (David Harewood), head of a super-secret agency, enlists her to help them protect National City from sinister threats.  Though Kara  struggles with learning her superhuman powers and her very human relationships, her heart soars as she takes to the skies as Supergirl.

To watch Supergirl, simply download  the HOOQ app from the Apple Store or Google Play, sign up or log in, and your device is ready to access HOOQ’s library of Hollywood and Pinoy hits.
Get 30-day free trial now on www.HOOQ.tv.
Globe mobile users can text HOOQ149 to 8888 and Tattoo Home Broadband users can also get HOOQ’d for free on plans P1,299 and up. Alternatively, users can also pay the affordable P149 subscription fee via credit card.
Get HOOQd!
Enter your email address:

If you are reading this post somewhere, it is originally written by Ruth and published in www.ruthdelacruz.com.
Gadget HOOQ Supergirl TV Show
Leave a comment