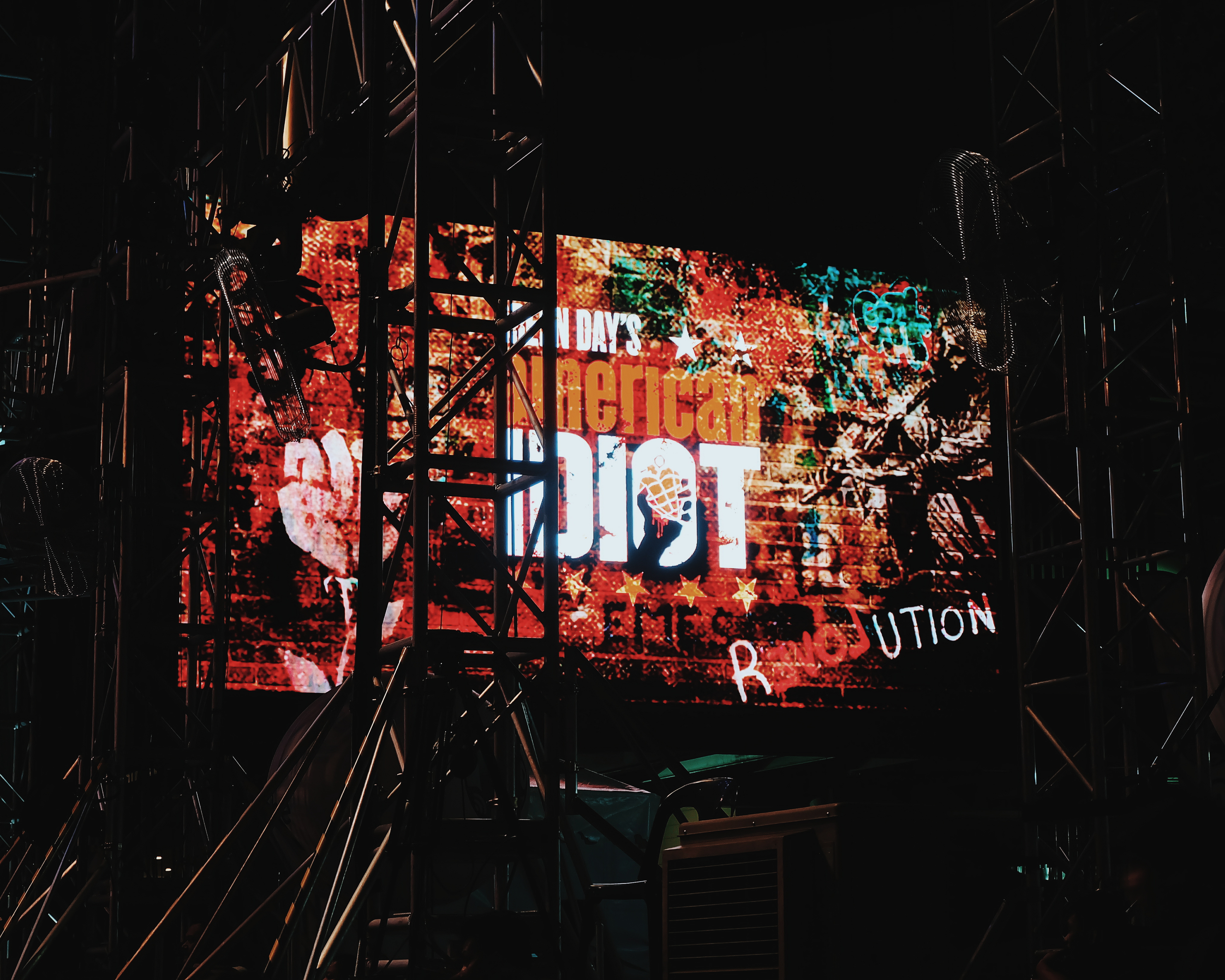 
Related Read: why I am planning to convert from Globe prepaid to postpoid

It is like an accidental theater – there is a stage set up at the Bonifacio High Street amphitheater with covered court and seats. But, as it is set outdoor – even people around the area can see the show. Everyone is welcome to see the American Idiot. 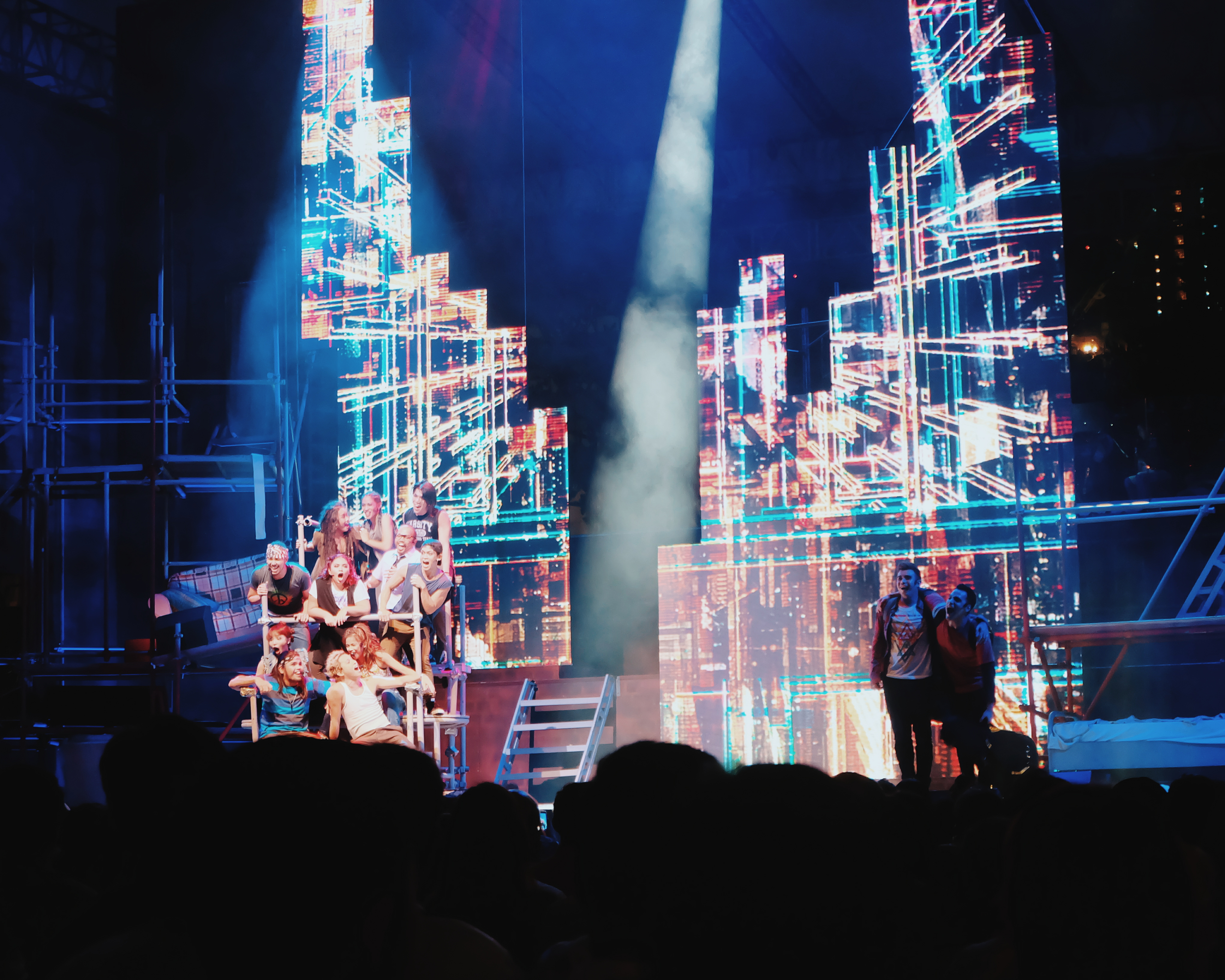 The epic rock opera follows the adventures of three friends as narrated through Green Day’s American Idiot album. If you love Green Day and their songs, there’s no more convincing to see the show. If you are a millennial who only knew “When September Ends“, you can relate to the story as the characters show us the same journey that we are all facing – seeking for adventures, thrills of life and the unknown.
Pinoy Rock Stars, Basti Artadi (Wolf Gang),  Jason Fernandez (former front man of Rivermaya), Miggy Chavez (Chicosci) and Nel Gomez gave a new rock feel to the play. I have expected headbanging performances but I was surprised with parkour moves around the grunge-y production set.
The opening night is so much close to perfect with me living the “sex, drugs and rock and roll” life as I watch their stories unfold and be told in punk-pop way. 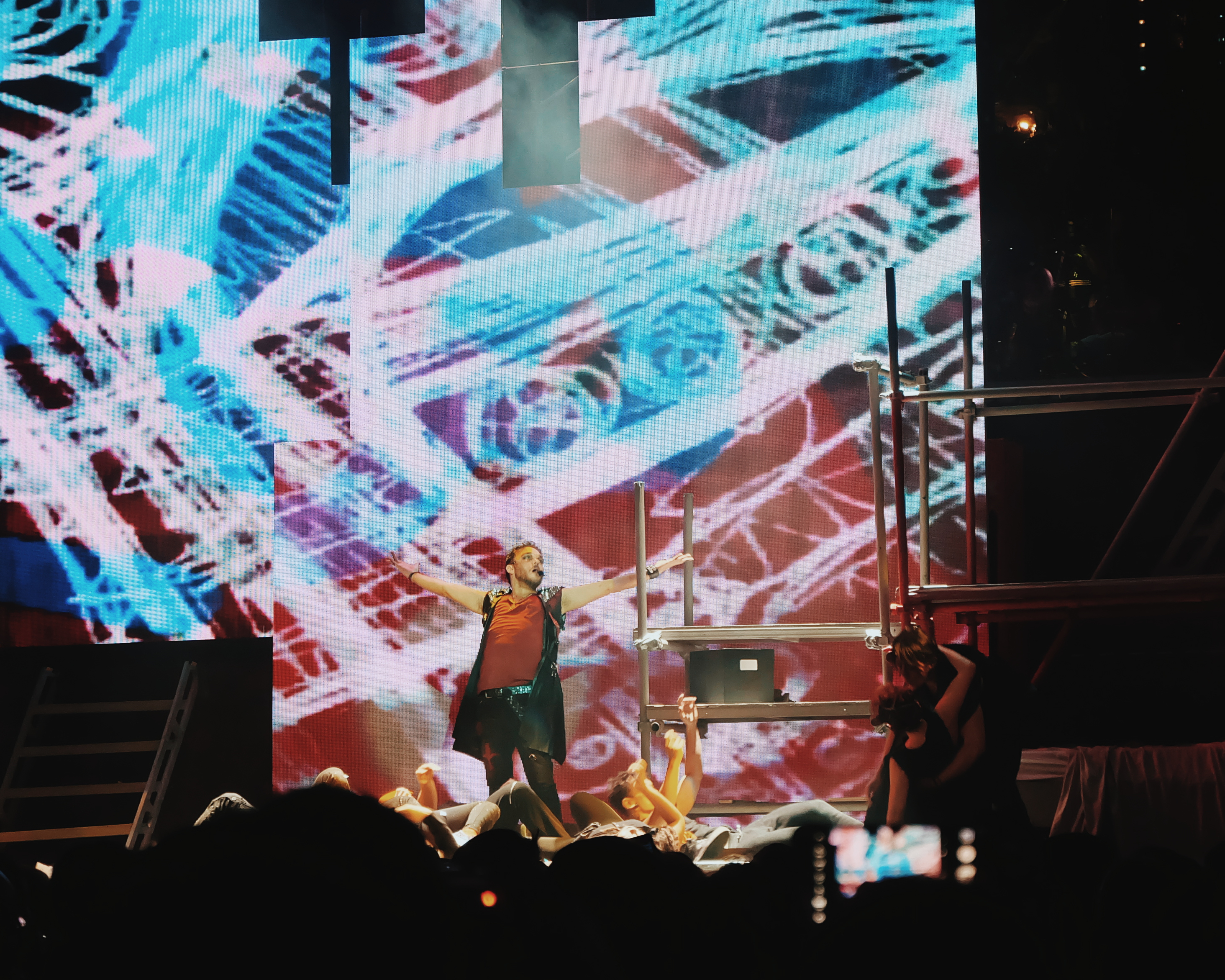 I was really impressed with how Jason Fernandez remained composed and his voice solid after singing almost the whole album. It is as if he performed in a rock concert with all the jumping and undressing. Basti Artadi is just brilliant.  I see him more than a rock star now – he is an actor.
I say, American Idiot is the best musical play for theater newbies. It tackles issues that we see and deal with everyday – politics, drugs, frustrations, relationships – moving on from “the one that got away” and finding hope.
Here’s some Theater Etiquette for Newbies:
I thought I would share for those who would be watching the show for the first time. Also to remind regular show goers (like me!) of these especially when we get too excited about the show 🙂
1. Turn off your mobile phones (we always get reminded of that when we see a movie. Same rule applies in theater).
2. Avoid talking and making noise.

3. Do NOT sing along with the actors. This is my pet-peeve!!! I know it is tempting to sing along if you know the song. People pay big money to hear the actors sing (and I personally want to hear singers perform live and compare to their album voice. Eheh). So please. Don’t. It is not a karaoke bar. 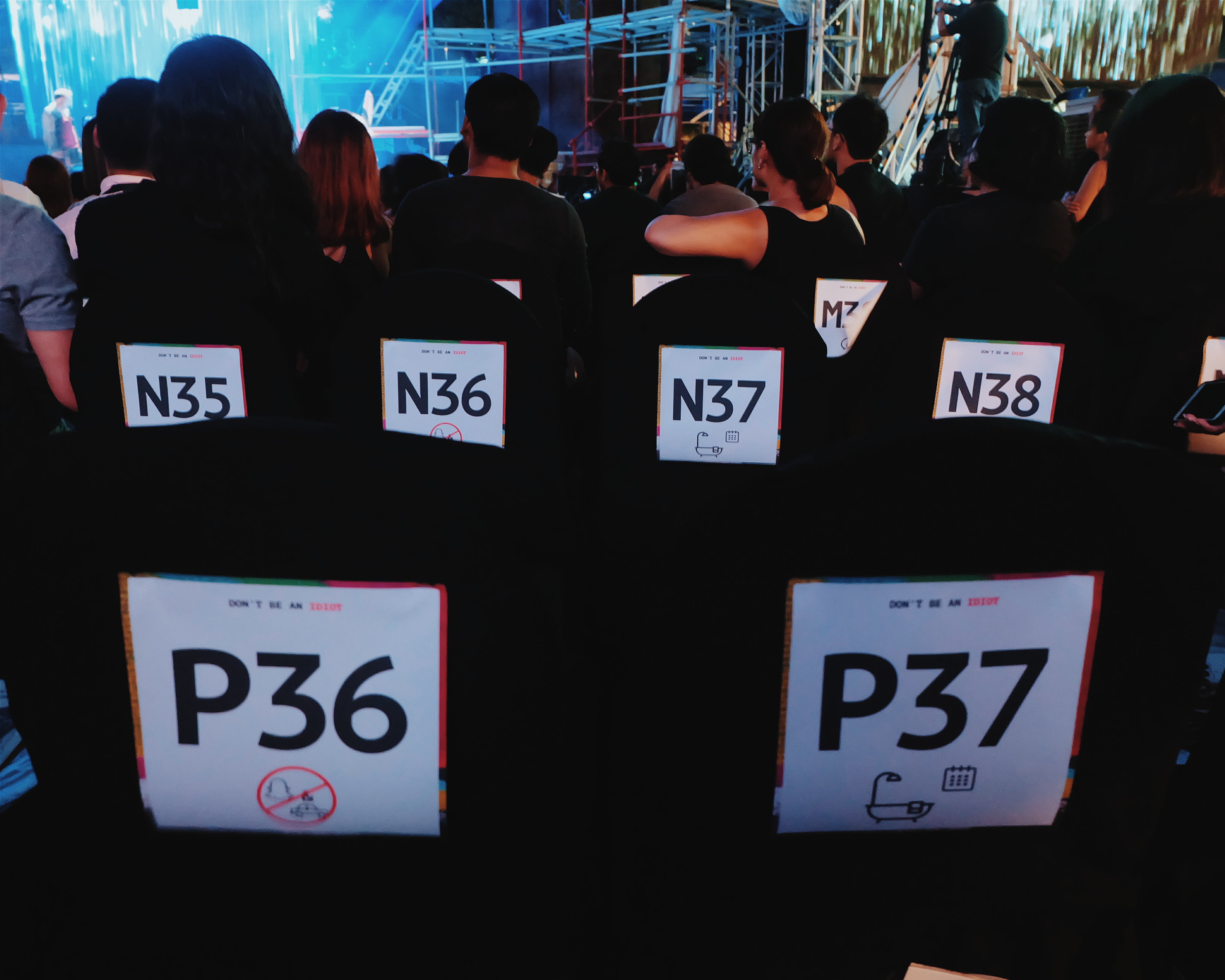 Idiot’s Guide
Don’t Be an Idiot
4. Dress up and be presentable. Please do not come in shorts and flip flops. Consider it like a date with the actors.
5. Don’t be pressured to do Standing Ovation. 🙂 It would become meaningless. An applause at the end of the performance is better.
6. Do not record the performance. This includes Snapchats, Facebook Live and Periscope (okay, I was guilty to do a quick Live Periscope Broadcast to showcase to the world that Green Day’s American Idiot is opening in Manila BUT I have deleted it the morning after). We know better. Let’s respect the production team and actors who would want their performances be seen live. They are working professionals and we are professional. They would however, appreciate if you give them shout out in social media. I know some would allow photography without flash. But it is always safe to check and double check with organizers.
7. Have fun! 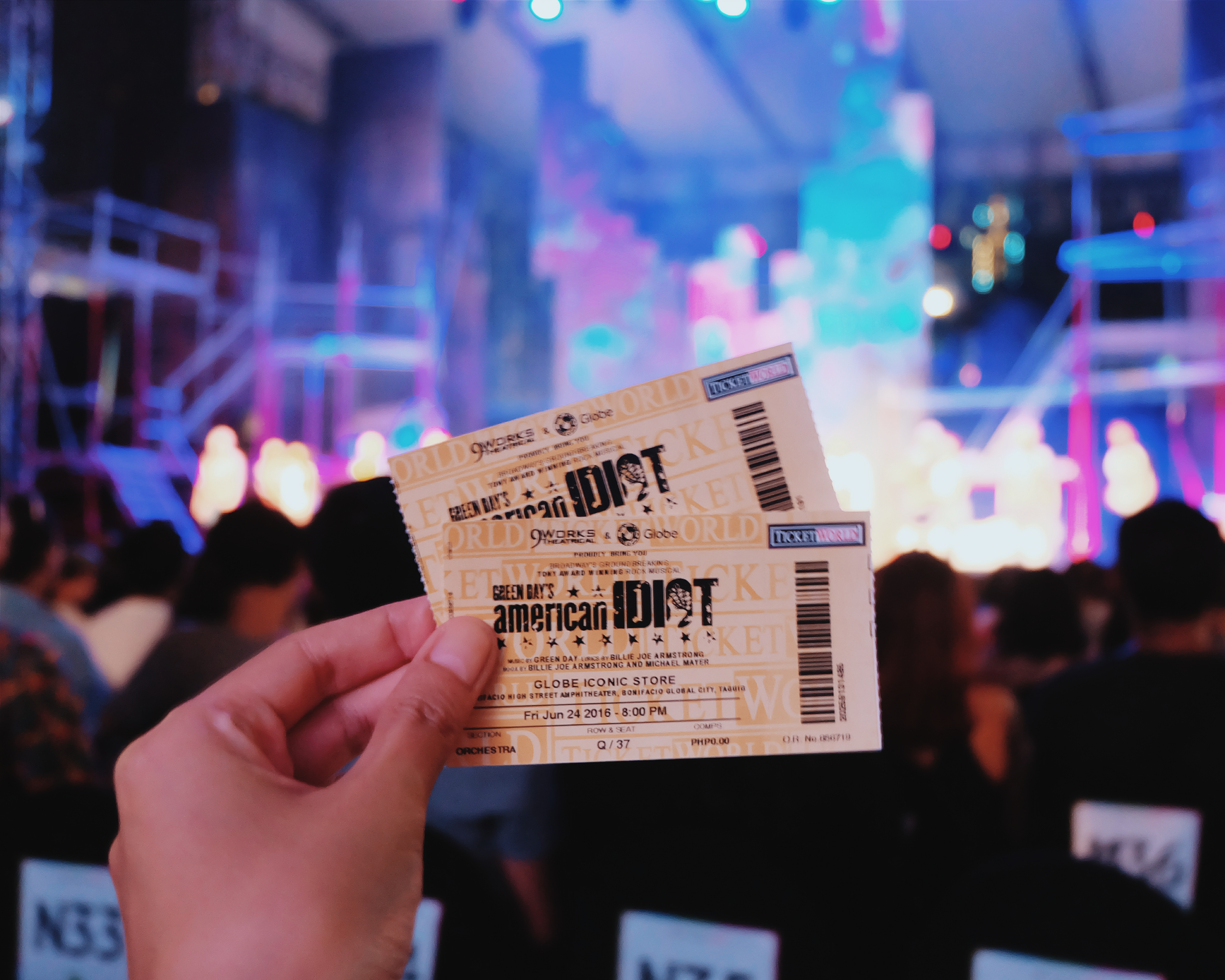 Thank you so much Globe for the special access and VIP seat to the opening night of American Idiot! 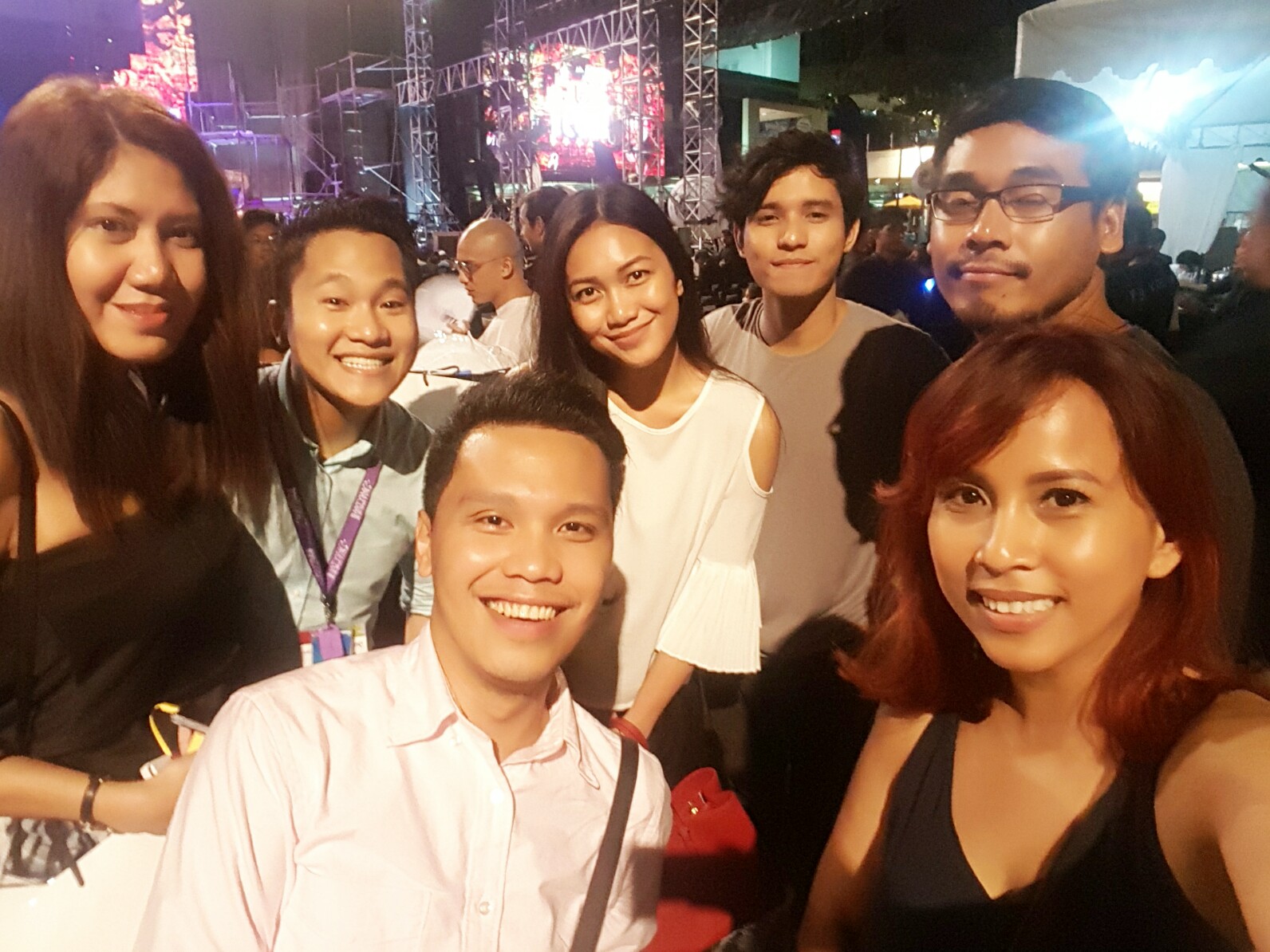 photo grabbed from @earthlingorgeous
with Eason, Charlene, Duane, Rodel, MJ and Earth
Related Read:
Read my blogs about the other plays and musicals I love.
Check out more VIP events and media launches.
Don’t miss me. Subscribe to my blog here and receive updates from me straight to your mailbox.
9 Works Theatrical American Idiot Event Green Day Theater Theater and Arts
Leave a comment