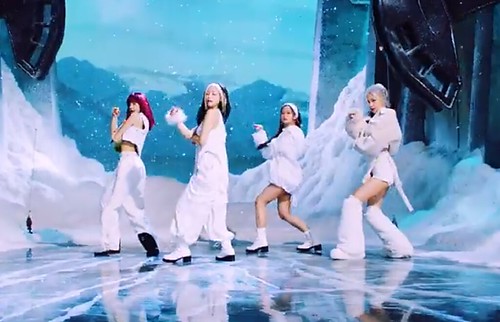 The month of June has been shaping up to be a fun-filled and exciting time for K-culture Filipino fans to come together—online, of course—to celebrate all things wonderful about Korean culture and music.

Dubbed #KmmunityHwaiting Month, Globe Kmmunity PH has been pulling out all the stops for their community members by releasing and unveiling exclusive giveaways, partnerships, promos, and events to give everyone their fill of K-culture.
Globe Kmmunity PH celebrated week after week with K-Drama & K-Pop Watch Virtual Gatherings, K-Culture Trivia Events, K-Pop Listening Parties with DJ Happee Hour, and an exclusive Virtual Hangout with GOT7’s Park Jin Young. This week, Globe partnered with Asia’s leading entertainment and lifestyle company, CJ ENM’s KCON, to bring the biggest K-pop concert fest of the season–KCON:TACT 2020 SUMMER—to the country for FREE
But the fun doesn’t stop here. Globe is ending the celebration with a big event, in fact it is dubbed as the biggest comeback of the year.
With music video teasers and posters appearing everywhere, there’s no hiding that YG Entertainment’s biggest girl group, BLACKPINK, is finally coming back to capture ears and hearts with a much-awaited new single.
BLACKPINK’s newest track titled “How You Like That” will be officially launching this Friday, June 26 at 4 PM, Philippine time.
BLACKPINK fans and Filipino BLINKS, especially, won’t have to wait much longer as Lisa, Jennie, Rosé and Jisoo are ready to dominate the charts online.
This is an event that K-pop fans can surely be a part of, through Globe’s partnership with Korean streaming platform, VLive. Filipino BLINKS can now have the firsthand chance to hear the song live and performed by BLACKPINK themselves on the video streaming app.
To enjoy continuous streaming, Globe customers can subscribe to Globe’s Go50 mobile surfing promo, which gives users up to 5GB of data for all sites for 3 days. When combined with Globe’s GoKorean10 booster, customers can enjoy an additional 1GB valid for 1 day for K-apps like VLive.
And if this news isn’t exciting enough, YG announced that the comeback is just part of a three-phase comeback, with more songs coming up next month and the group’s first full-length album to be released in September.
#KmmunityHwaiting Month is just the beginning of Globe Kmmunity PH’s initiatives in bringing the best of K-culture closer to Filipino fans. With data-packed promos, Globe subscribers are sure to be the first to stay updated.
It’s not too late to be a part of the K-culture festivities this #HwaitingMonth! To not miss out on any Kpop updates and to get first dibs on exclusive activities and invites, join Globe and its Official Kmmunity PH Facebook group.
Globe Kmmunity PH is the first community to unite K-culture fans in the Philippines. Kmmunity has been bringing the best K-culture content and K-idols closer to Filipino fans since 2015. It continues to engage more fans in its first anniversary month-long celebration with a lot of activities for its members this June 2020. To stay on top of everything K-related, join the Globe Kmmunity PH group on Facebook and be updated on the latest community events, such as viewing and listing parties and quiz nights, and be the first to get the scoop on other exclusive promos and events for all types of K-interests, be it food, drama, music, or beauty.
BlackPink Kmmunity
Leave a comment