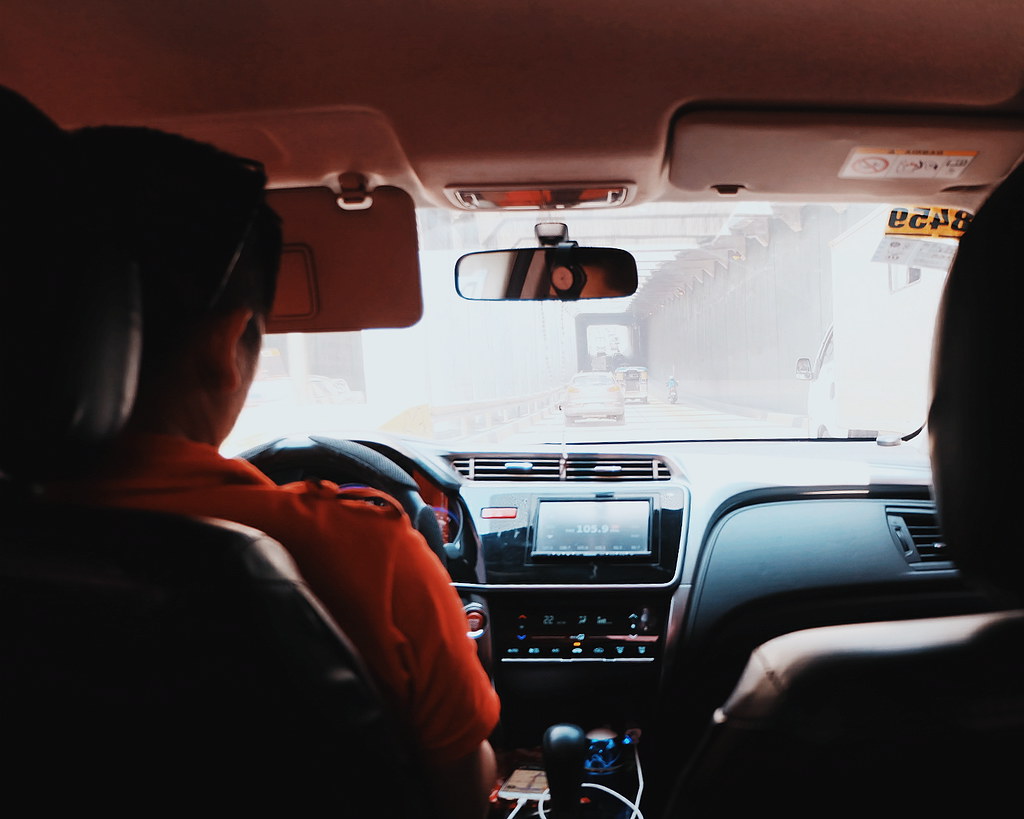 My Uber Rides are usually the time I spend to check on my social media notifications, answer quick inquiries, think (about life & inspirations) and/or sleep (depends on the traffic).

I love my quiet time and I love how Uber drivers respect that. Most of them are usually cheery, always trying to build a connection with passengers; but they understand when they know passengers need their time. You would never hear them complain about traffic. They are always professional. That is #whyiUBER.
Yesterday, en route to Palm Grill for a quick lunch date with friends, I decided to shut down my phone and get to know my Uber driver.  He was mostly quiet during the ride but he started to share more about his stories when I asked him about his Uber story. With a simple  “wow Kuya, you have such a high rating in Uber”, I got to know more about Sir Luisito
He shared that he has been driving for only 1 month. He used to be a family driver but only earned Php1,800/month, until his friend recommended him to be an Uber driver. Before learning how to drive, he worked as a construction worker. He then worked as a company driver for 8 years and even tried driving a taxi. 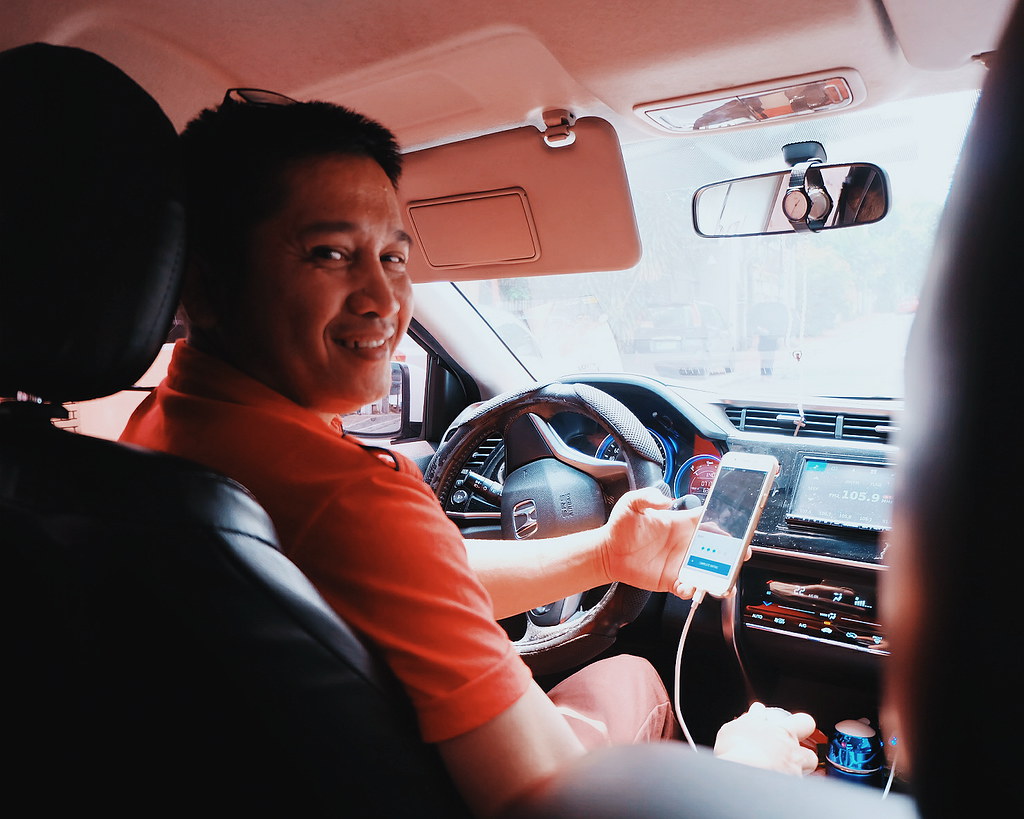 He said that driving is like a habit to him. He cannot just stop. So far he is enjoying driving for Uber. He was laughing at how on his first day, bookings were endlessly coming in that he didn’t even had the time to eat or use the toilet. His boss reminded him that it is okay to take a break 🙂
Sir Luisito is unmarried but has a partner. He shared that last Sunday, they went to this beautiful place in Taguig – “the one with lake and boats!”, he said. Aha, it is Venice Grand Canal Mall!
He told me that they don’t get to see each other much because of different time offs.
As usual, I arrived in my destination safe and sound. 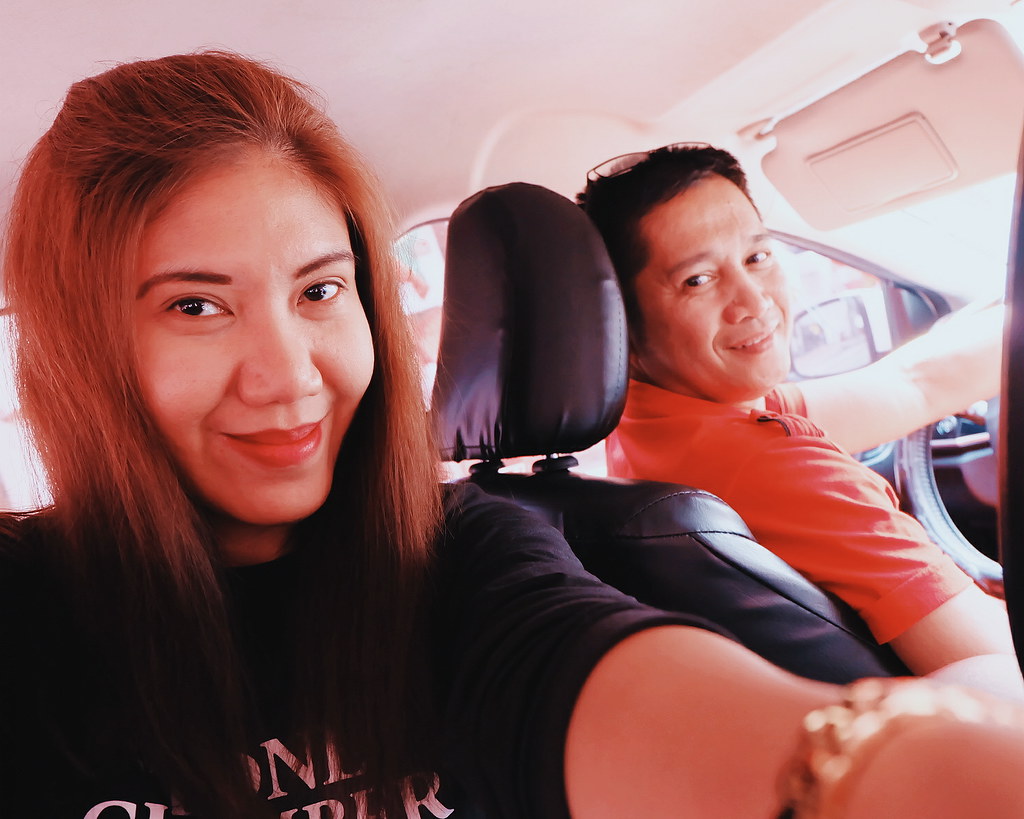 It was good to disconnect from social media at times and interact with people. With the hustle and bustle of daily living, people often get lost in their long to do lists, in their piles of
unread emails, and in keeping up with their hectic schedules. More often than not, people forget about the things that truly matter: relating with other people.
Recently, Uber released a touching new video that gave its viewers a new perspective on things.
Remember that driver who turned down the music so you could continue your business call? Or that
other driver who offered you a bottle of water because he could tell you needed it after a long day.
More than the people who bring you to your next destination, these drivers have stories, too.
Uber’s latest video features three incredible stories of drivers who have also become inspirations to their riders.
Marissa Fuster, battered wife

A victim of an abusive husband, she escaped with her three children so that the hurting would finally
stop. Along with the loss of her husband however, was the loss of financial support. By driving on
Uber, she is able to support herself and her family.
Her story has been one that she has told to many of her riders, especially the women. Through her
advice, they learn not to tolerate any form of abuse, and to stand up for what is right. In turn, many
riders tell her how inspired they are after hearing her story. One even texted her after her trip, saying
that she reminded her of her own mother. A few would also tip her for great service. According to
Marissa, these little things warm her heart, and encourage her to give the best service possible, every
day.
Angela Gina Go, Kidney Transplant Patient

Being a kidney-transplant patient is not easy. For 5 years now, Angela has had to cope with a body
that is trying to adapt to a new orgran. Medicines don’t come cheap, and in her case, sets her back
PHP600 a day. Because of her special situation, Angela wanted to find a source of income that is
flexible, and would allow her to rest when she needed to. When she learned about Uber, she thought
it would be a perfect match.
Aside from the flexible hours, Angela loves driving with Uber because she gets to interact with
different types of people. Being a girl, she often gets asked about why she chose to do what she
does. For her, it’s a great jumping point to engaging in meaningful conversations with her riders. It is
through these conversations that she comes to care for her riders, taking great measure to ensure
that they get to their destination safe and on time.
Alvin Abella, Ex-OFW, Working Student

The grass is not always greener on the other side. After trying it out as an OFW, Alvin decided to pack his bags and head home to be with his family. However, given that he was not a college graduate, hethought it would be impossible to find someone who would hire him. Along came Uber, with flexible hours and enough income, which enabled him do work and continue his studies at the same time.
Because he usually drives at night after school, riders often see him still clad in his school uniform,
and ask about his situation. He never fails to tell them that driving on Uber made it possible for him
not only to go back home, but to finish school as well. Compliments from riders are what he
appreciates most, especially since he often drives them home late at night.
These three drivers are just a few of the thousands of drivers partnered with Uber, and we’re sure you
have encountered some of them, too. The next time you ride an Uber, take a minute to appreciate them, and maybe share their stories to inspire others, too. It only takes one act of kindness to brighten
someone’s day.  #KayoRinPo