Taiwan Travel | Postcards from Yehliu Geopark
We scheduled the busiest day for our Taiwan Trip on our last full day. We planned to take the Klook Tour to visit Yehliu, Jiufen n and Shifen; however, the vouchers were sold out on that day. We thought we can do it on our own with the help of Google Maps.
Yehliu is famous for its rock formations. The most popular is the “Queen’s Head” (女王頭), and is located along a cape stretching out from the town of Wanli.
Part of the Daliao Miaocene Formation, the cape stretches around 1,700 meters, formed as thousands of years of geological movement forced the Datun Mountains to change their shape, jutting out into the ocean.
Besides the Queen’s Head, other remarkable formations include Sea Candles (燭台石), Fairy Shoe (仙女鞋), Ginger Rocks, Elephant Rock, Ice Cream Rock, Kissing Rock, and Princess’ Head.
I took screenshots of the routes but I still let Rodel took the lead on the itinerary. It would take 1 hours and 40 minutes to go to Yehliu and all I wanted was to sleep in the bus. I was somehow excited to visit the place because it is one of the location shoots of Meteor Garden.

How to Get to Yehliu Geopark via Commute:
This is what I got from my Google Maps inquiry:
1. From our hotel in Ximending, we took the Bannan Line (Ximen Station)  to Taipei City Hall Station (around 7 stops | 14 minutes)
2. From Taipei City Hall walk 100 m (1 minute) to Taipei City Hall Bus Station
3. Take Bus 1815 to Yehliu (34 stops | 57 minutes).
4. From Yehliu Station walk 700 m (10 minutes) to Yehliu Geopark.
Toilet Break after a long walk
But this what we actually did based on Rodel’s Google Maps inquiry:
1. From MRT Ximen Station, take the Bannan Line and go down at Zhongxiao Dunhua Station.
2. At Zhongxiao Dunhua Station, take exit #4 and walk for about 50 meters reaching the Dunhua Station.
3. From the Bus terminal, just wait for the bus #1815 to arrive.
The route took us to the same destination, but we did more walking in the subway. It was a good morning exercise. 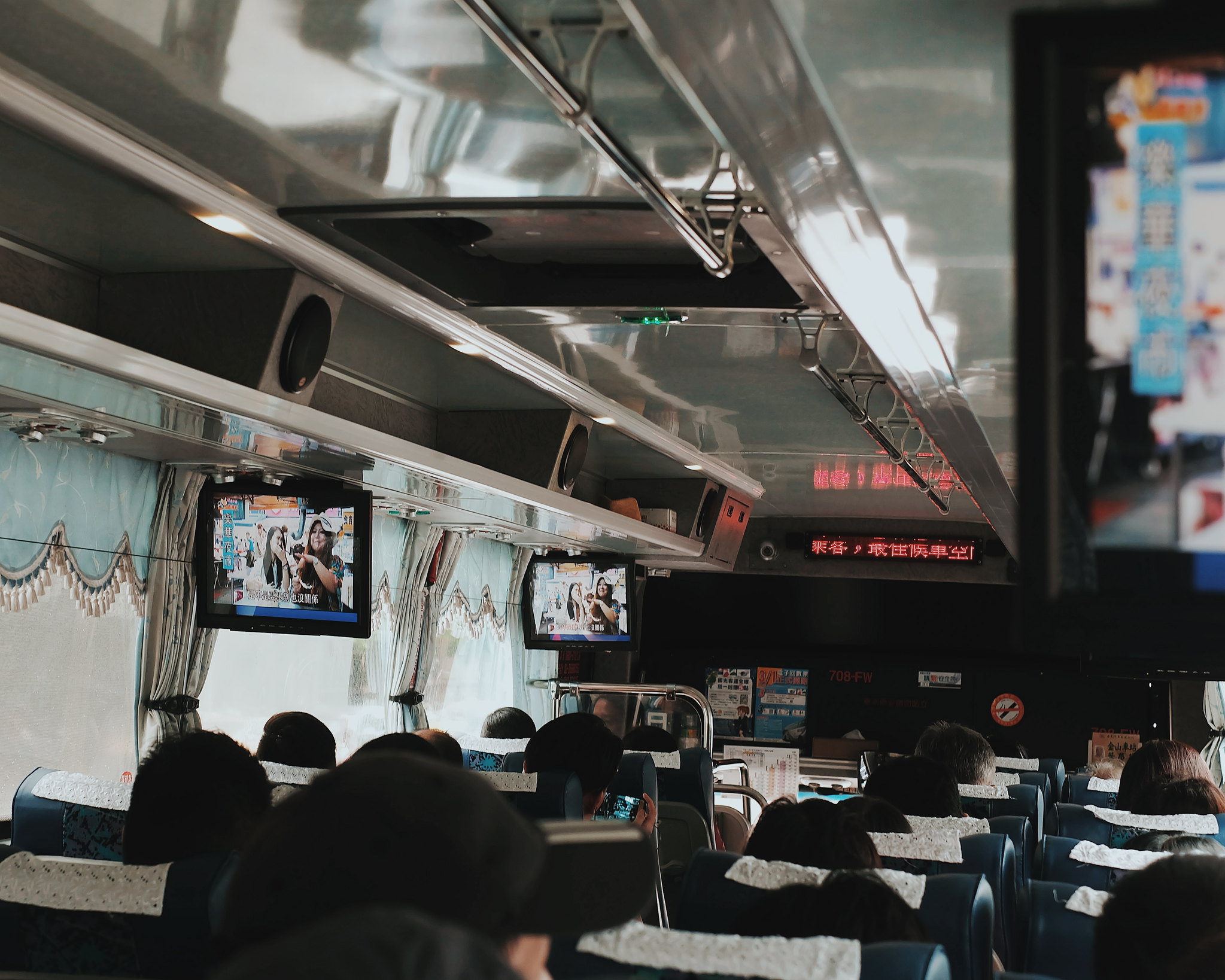 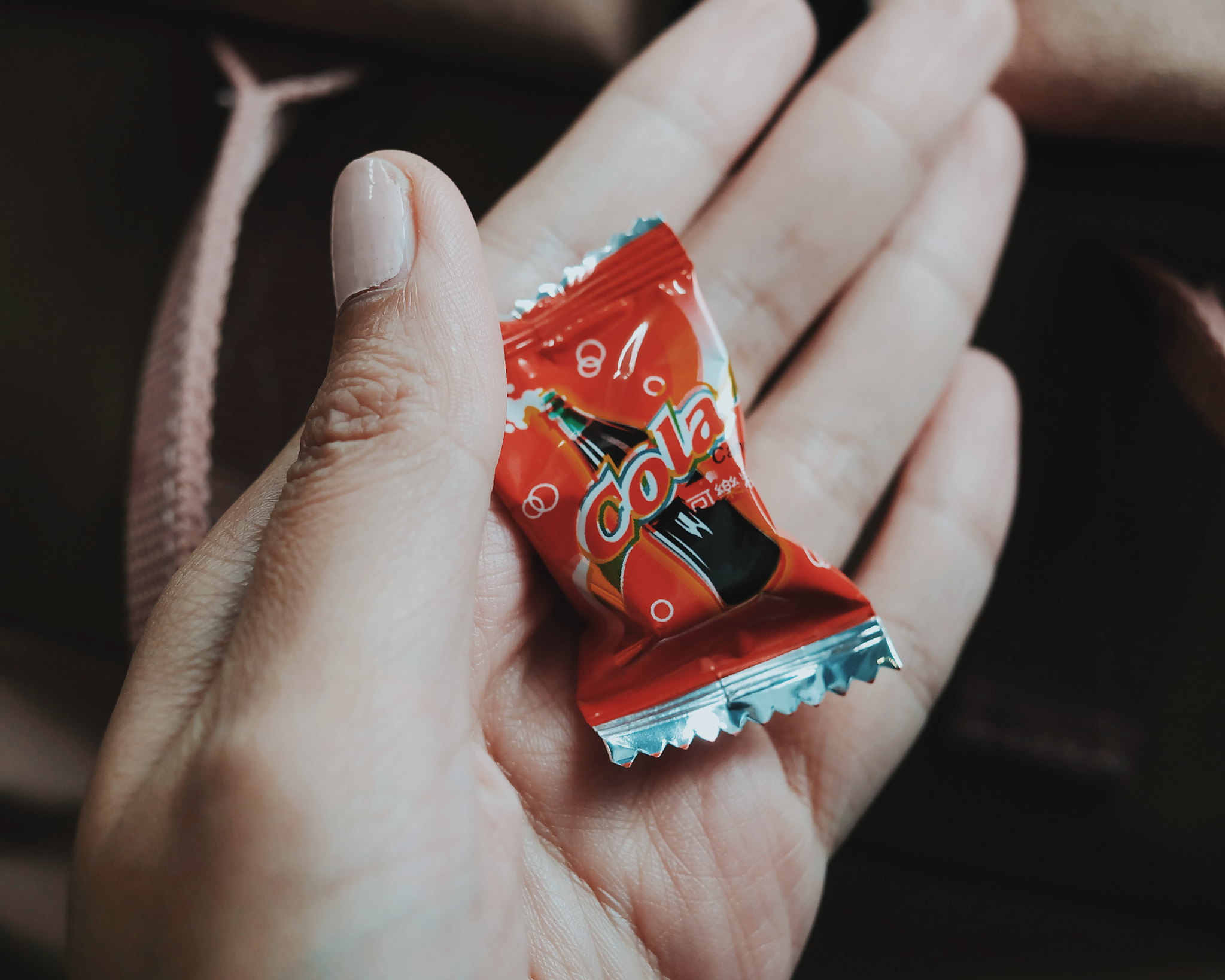 Candy from our hotel
It was rainy when we arrived in Yehliu. We had to make a quick stop to take photos at the Yehliu’s Fisherman’s Wharf. I think this is where the scene in the Meteor Garden wherein Shan Cai and her mom had a moment.
To tell you honestly, we didn’t know the exact location of the Yehliu Geopark entrance. We just followed the direction where everyone was heading – and we knew we were going to the right path when we saw more tourists in the area.
Yehliu Geopark Entrance Fees
Adult ticket NTD80
Half-fare ticket NTD40
-Student (Taiwan only or show ISI card)
-For the children aged between 6 and 12.
Group ticket (thirty persons upward) 20% discount
Courtesy entry: – Disabled / Children of height under 115 cm or under age of 6.
When I saw photos of the Yehliu Geopark in Googles Searches, I always wonder how they made it accessible for tourists. I have been to Kapurpurawan Rock Formation in Ilocos (Philippines) and I remember it was a long tricycle drive and trek to get to the rock formation. In Yehliu though, there is a nice walkway down to the rock formation.
When we finally made it to the best spots, rain started drizzling.
We weren’t able to take the usual artsy nor tourist-y shots as we were worried about our cameras getting all wet. But honestly, I was more worried that my feet would get totally soak (I was wearing slippers).
We walked further to find the Queen’s Head where people lined up to have a photo. We tried to be creative with a different angle.
I was feeling frustrated/annoyed because of the weather (and my feet feeling soaked – ah pet peeve!) 😁  I dismissed the idea of having OOTD. Plan A failed, so I went on with Plan B. I just took photos of what’s around me. I enjoyed looking at how the waves kiss the rocks and flow back to the sea.
Inside the Yehliu Geopark, there is also a bird watching facility, snack place and comfort room.
We spent an hour in the park and decided to move to the next destination.
Photo grabbed from NognogintheCity
We bought rain coats at NTS 20/each and took another bus from Yehliu to Jiufen.


How to Get to Jiufen from Yehliu:


From Yehliu we took a bus going to Keelung and took another bus heading to Jiufen.
Read: Spirited Away + The Old Tea House


How to Get to Shifen from Jiufen: