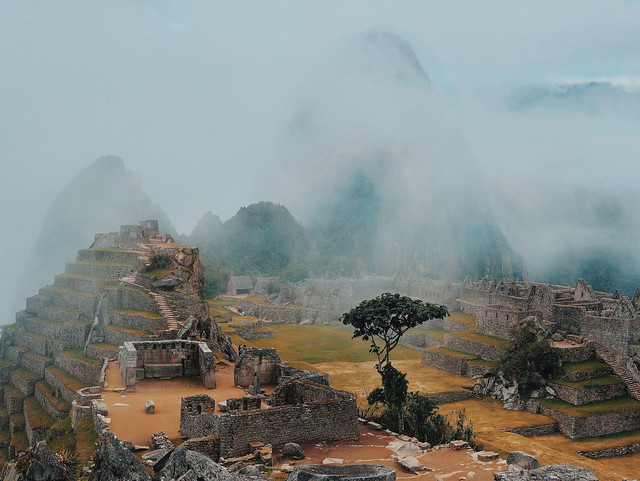 Where to Go and What to See When Traveling in Latin America
Latin America is one of the premier destination spots for singles, couples, and even families.
Whether visiting for the weekend or you are making a long getaway that gives you more leeway in your itinerary, you have a few must-sees on your list that you cannot leave out. These places are historical, breathtaking, and something you will not see anywhere else.
So, while you pick all of the places you want to see in Latin America, make these your top visits and put the others as “maybe” if you have time.

The Bolivian Salt Flats are something you cannot miss. Not only can you do a cycling tour of the
breathtaking region, but you can also sleep in a hotel made almost entirely out of salt. One unique thing you will see while on this tour is the last train robbed by Butch Cassidy – still filled with bullet holes.
Enjoy a Food Tour of Brazil
Brazilian food is some of the most colorful and delicious food you will ever experience. You have
numerous local restaurants, outdoor marketplaces, farmers, and even elegant, high-end eateries. One
unique aspect of this food tour is how Brazil brings everyone together to create healthy, sustainable
crops in the country and how farmers and scientists work together for improved food quality.
While you do not have to eat anything too out of the ordinary, you do need to be open to try new
things. Brazilian food is adventurous, and you may find yourself eating chicken hearts – which are a
delicacy – at a local eatery.
Check Out the Shipwrecks of Bayahibe (Dominican Republic)
For the diver in you, there is nothing better than dipping deep into the crystal blue waters surrounding
the Dominican Republic in Bayahibe. Here you will find numerous shipwrecks under the water along
with the reefs and ocean life that has built an ecosystem around them.
Hike Up to Machu Picchu in Peru

While you will be exhausted at the top, you cannot visit Latin America without hiking up to see the city of Machu Picchu. Built in 1450, this city is some of the last remaining pieces of the ancient Incan empire, and some of the buildings are in remarkable shape considering they have withstood the elements for centuries.
Tour the Statues of Easter Island in Chile

Easter Island has a total of 887 statues that were found planted all over the Chilean island. People come from all over the world to count them, seek out each one, and see the small unique changes that each sculpture has to offer. Known as moai, these monuments were created between the 13 th and 16 th centuries, with the largest one called “Ahu Tongariki.”
See “Penguin Island” in Ushuaia

In Argentina, you have a resort town located on the southernmost tip of South America. It is called the“End of the World” as water and the Martial Mountains surround it. It is a popular stop for cruises in the area, and you can take a boat ride out to Penguin Island where you will see hundreds of penguins enjoying the warm waters.
The 5 Monuments of Lima

In Lima, you have five monuments that are celebrated throughout South America. One of the most
popular is the Columbus monument, which focuses on the great discoverer. The second is the Bolivar
monument, which is made of bronze with a custom-carved marble pedestal. In the marble, you see two bas-reliefs, which include the battle of Ayacucho and the battle of Junín. Another popular monument is carved out of Calcutta gold marble is 70 feet tall and featured a winged statue of Victory made out of bronze. It was created to celebrate how the Peruvian forts held against the Spanish squadron of 1866. The San Martin is another monument of Lima carved out of marble that sits on top of a granite pedestal. It features the Argentine general at the time Peru claimed its independence.
The Green Lagoon of Bolivia
There is nothing quite like the emerald green waters of the Green Lagoon. Created by sediments in the lake from winds, the pigments are so brilliant you can see the green waters from above. It is a high altitude lake that looks over San Pedro de Atacama and part of the Eduardo Avaroa Reserve.
The Glaciers of Perito Moreno in Argentina
When you think of Latin America, you think of warm waters and hot temperatures, but you might be
surprised to find that there are glaciers in the country too. In fact, if you go to this point in the summer, you will have a front-row seat as large pieces break off and crash into the water below. In some parts, you can hike up and drink Argentina whiskey with natural ice cubes made out of the glacier. Those worried about global warming do not have to concern themselves over the ice melting – in fact, the Perito Moreno Glacier is one of three in the world that still regrows year after year.
The Colorful Buildings of Ouro Preto in Brazil
If you want to see some of the most colorful small cities, buildings and an area ripe in culture, Ouro
Preto in Brazil should be on your list. Here you have museums, Baroque architecture, festivals, and
churches to tour. The city was once a small mining city, which is why its name translates into “black
gold.”
Drive on the Shimmering Flats of Uyuni
You will need a 4×4 vehicle, which you can pay for a rented tour, to go over the shining surface of the
Uyuni salt flats. The salt flats are almost crystal looking, and if you take your pictures just right, it looks as though you are standing on water – even though it is a solid surface.
Rio de Janeiro
No one can visit Latin America without making a stop in the most vibrant city in Brazil: Rio de Janeiro. Not only do you have an exciting nightlife, but great beaches, access to the local rainforest, and of course, Carnival! Hike Sugarloaf Mountain, enjoy Guanabara Bay and then visit the infamous beach of Ipanema and Copacabana.
What’s on your list?
Check out my Other Travel and Adventures Here
Latin America
Leave a comment