This Cooking Oil is a Rich Source of Cholesterol-Reducing ‘Phytosterol’

September 26, 2017 Ruth Dela Cruz
Are you guys giving much thought on the kind of cooking oil that you buy from the grocery? We do, at home.
It is interesting to know that some cooking oils reduce your risk of having coronary heart disease and other cardiovascular ailments.  One of the healthiest oils in the market that nutrition experts recommended is canola oil, which contains heart-healthy nutrients called phytosterols, and which
is now being offered by leading oil brand Golden Fiesta by NutriAsia. 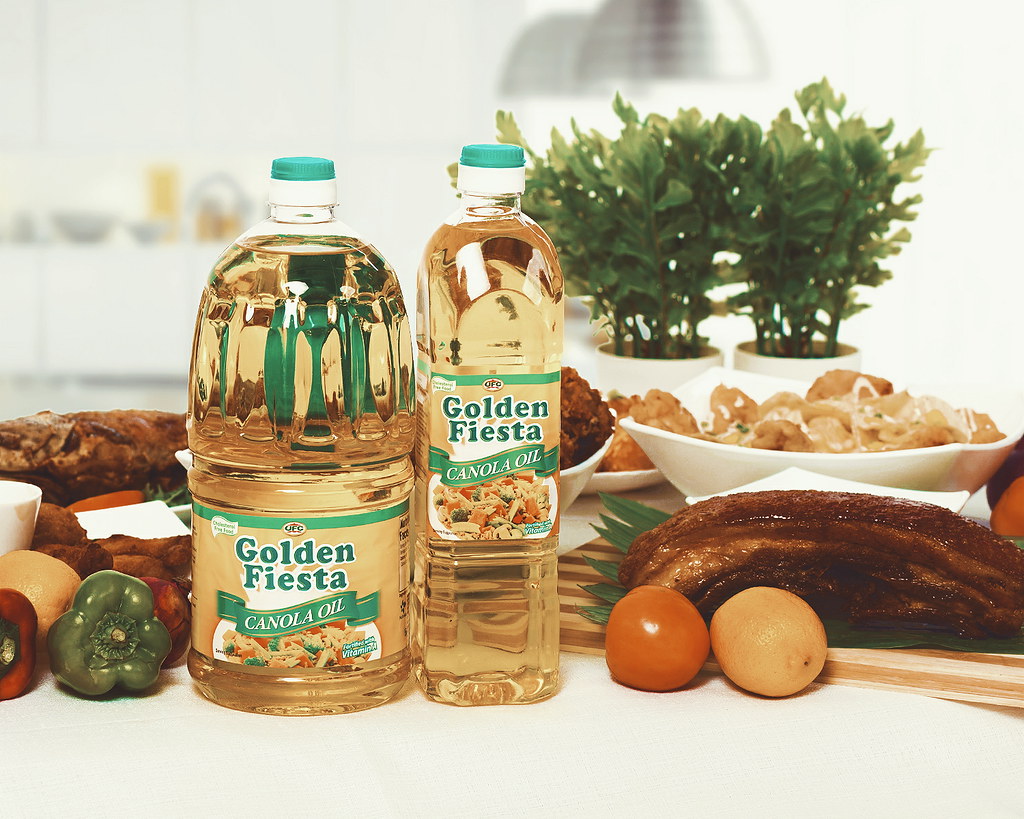 Golden Fiesta Canola Oil is a rich source of the cholesterol-reducing phytosterols, an all-natural plant extract that can reduce your body’s cholesterol level by up to 15 percent. Scientific studies and trials show that consumption of two grams of phytosterols per day has the potential of diminishing the risk of coronary heart disease, which is one of the leading causes of death worldwide.
According to the 7 th DOST-ENRI Nutrition Survey, Filipinos become vulnerable to heart disease as early as age 20 due to unhealthy diets and an increasingly stressful work environment. 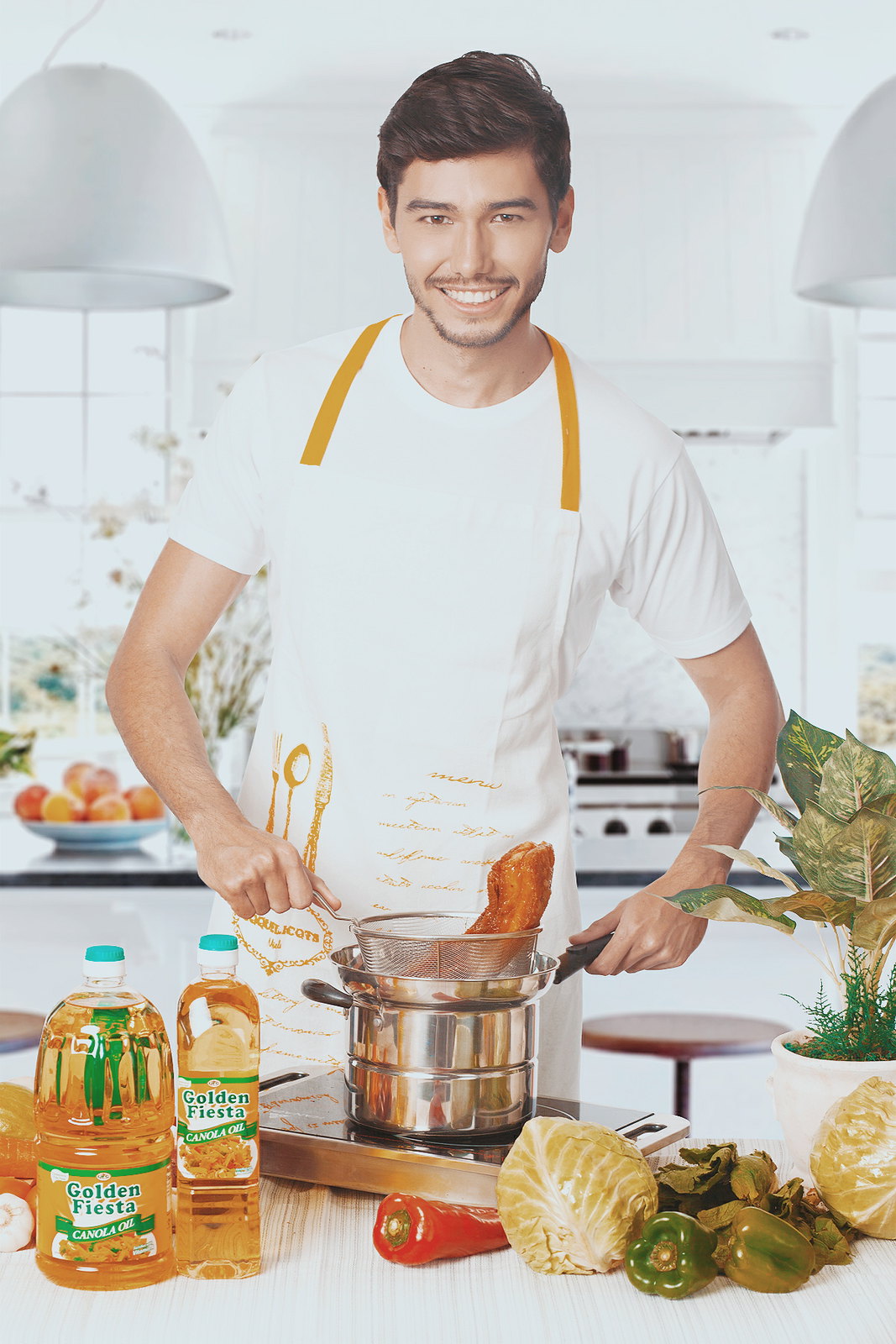 The claim that phytosterol-containing food may reduce the risk of heart disease, as sanctioned by the United States Food and Drug Administration (USDA), bolsters the benefits of consuming Golden Fiesta Canola Oil, the substantial phytosterol contents of which help ease the intestinal absorption of dietary cholesterol and facilitate the excretion of biliary cholesterol in the feces. 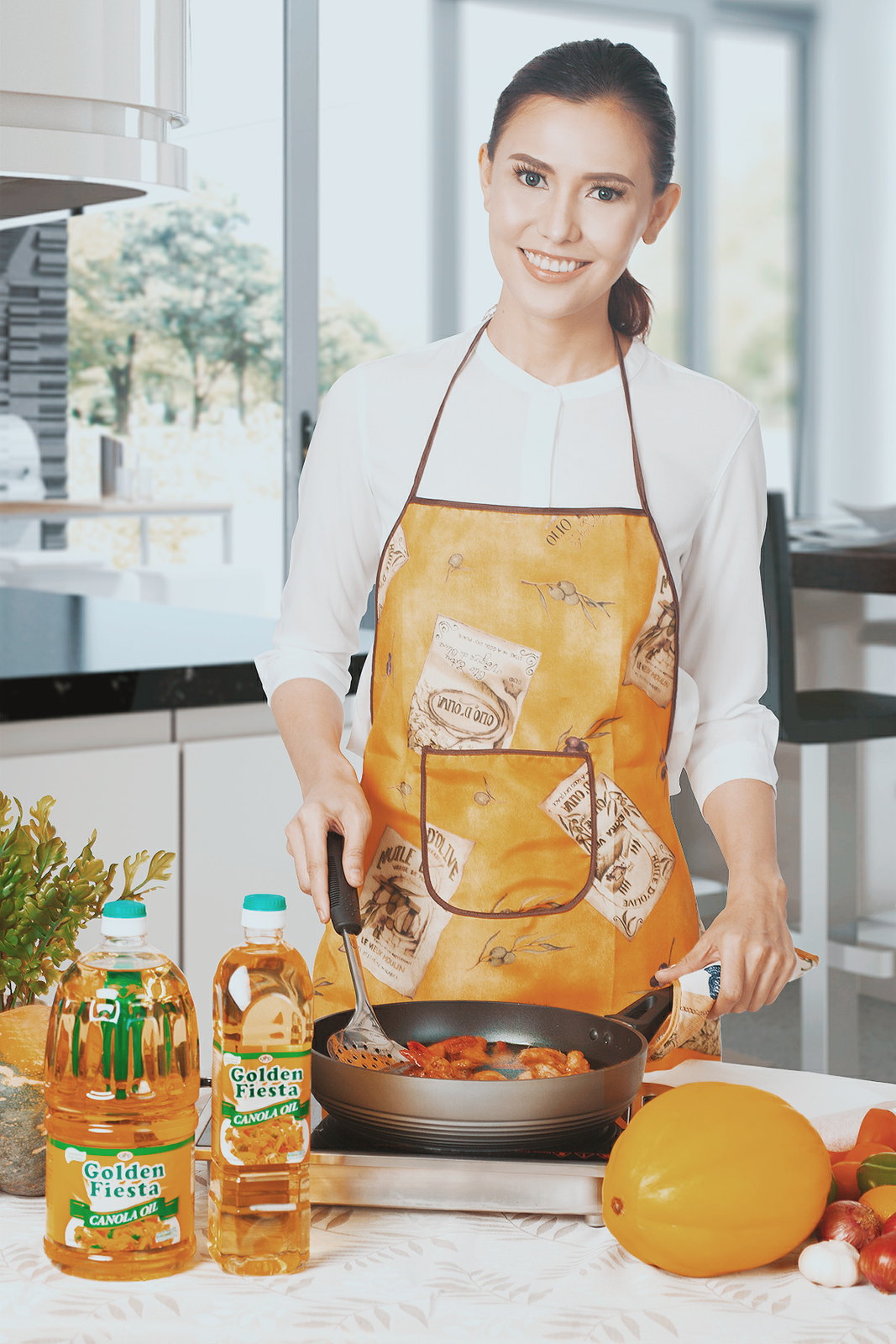 Made from the seeds of canola flowers, Golden Fiesta Canola Oil is also rich in Omega 3 and Omega 6, which are also beneficial in lowering the risk of cardiovascular diseases, diabetes, and some types of cancer when combined with a healthy diet and exercise.
Compared to other vegetable oils, canola oil has a low level of uric acid, glucosinolates, and saturated fatty acids and bad fats, making it one of the healthiest and more widely used oils in the market. So the next time you go the supermarket, choose the cooking oil that is best for your heart. Follow your heart.
NutriAsia Golden Fiesta Canola Oil is a good source of phytosterols. Two grams of phytosterols per day may potentially reduce the risk of coronary heart disease.
Leave a comment