April 28, 2018 Ruth Dela Cruz
Long weekend, what’s the plan? I am thinking of staying home, catching up on series and maybe starting a new one.
HOOQ – the largest Video on Demand service in South East Asia – is proud to build on its HOOQ Originals offering with yet another Hollywood title. In a deal with Sony Pictures Television, HOOQ has acquired the new series, Carter, a light-hearted detective procedural that blends small-town charm with big-city crime. The series premiered on 6 April, with new episodes dropping every Friday. HOOQ is the first to premiere the series worldwide and Carter marks the second Hollywood Original to arrive on the service following the gripping police drama, The Oath, from Sony Pictures Television. 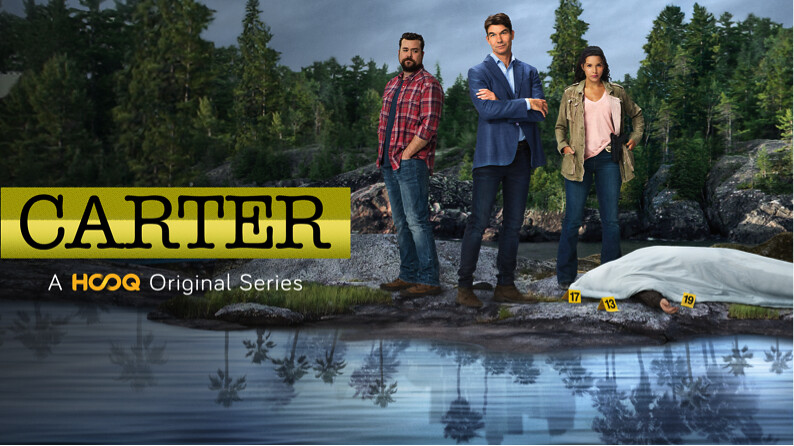 Chief Content Officer of HOOQ, Jennifer Batty said, “We understand the need to offer a variety of genres and tones to our loyal subscribers which is why we loved Carter. Thanks to creator Garry Campbell’s (MADtv) quirky vision and writer John Tinker’s (Chicago Hope) skill with drama, Carter truly has a unique voice. We’re confident that this fresh take on the detective drama is well poised to be a hit among our audience on HOOQ.”

Produced by Amaze Film + Television, Carter tells the story of Harley Carter (Jerry O’Connell), a detective on a hit American TV show who is forced to return to his sleepy hometown after an embarrassing public meltdown in Hollywood. Upon his return, Carter taps into his acting experience to become a real-life detective, partnering with his two best friends, Sam Shaw (Sydney Poitier Heartsong) and Dave Leigh (Kristian Bruun).
Each episode will be a self-contained crime story, delivering mysteries as well as the occasional murder, and surrounded by fun and quirky characters. Carter is also a story about true friendship as our protagonist returns to his hometown and faces the people of his past, who all took different paths in their lives but remain the best of friends. But, above it all, viewers can expect a smartly written detective drama delivered with a tinge of comedy.
Carter stars Jerry O’Connell (Stand By Me, Sliders, Mission To Mars and the latest season of The Big Bang Theory), Sydney Poitier Heartsong (Death Proof, True Crime), Kristian Bruun (Orphan Black), and John Bourgeois (Ginger Snaps, X-Men: Apocalypse).

It’s shaping up to be a big year for HOOQ, with a fresh lineup and the most popular TV shows and movies. “HOOQ has been successful because we have content for everyone—from Pinoy movies to Hollywood blockbusters and, now, our second HOOQ originals series, Carter. We are very excited for the next three quarters of 2018 because we have a lot of new content available for subscribers,” said Jeff Remigio, HOOQ content and programming head.
DC fans will be thrilled this month as well, as HOOQ also strengthens its library of DC shows (Supergirl, The Flash and Arrow), with the latest addition: Krypton, a new DC series set 200 years before Superman came to Earth, which premiered on March 29 with two episodes. New episodes will then release on HOOQ every Friday, within 24 hours of US telecast.
“HOOQ is very proud of our new content because we only want the best for subscribers, whatever their viewing preferences are,” said HOOQ Philippines country manager Sheila Paul.
Leave a comment