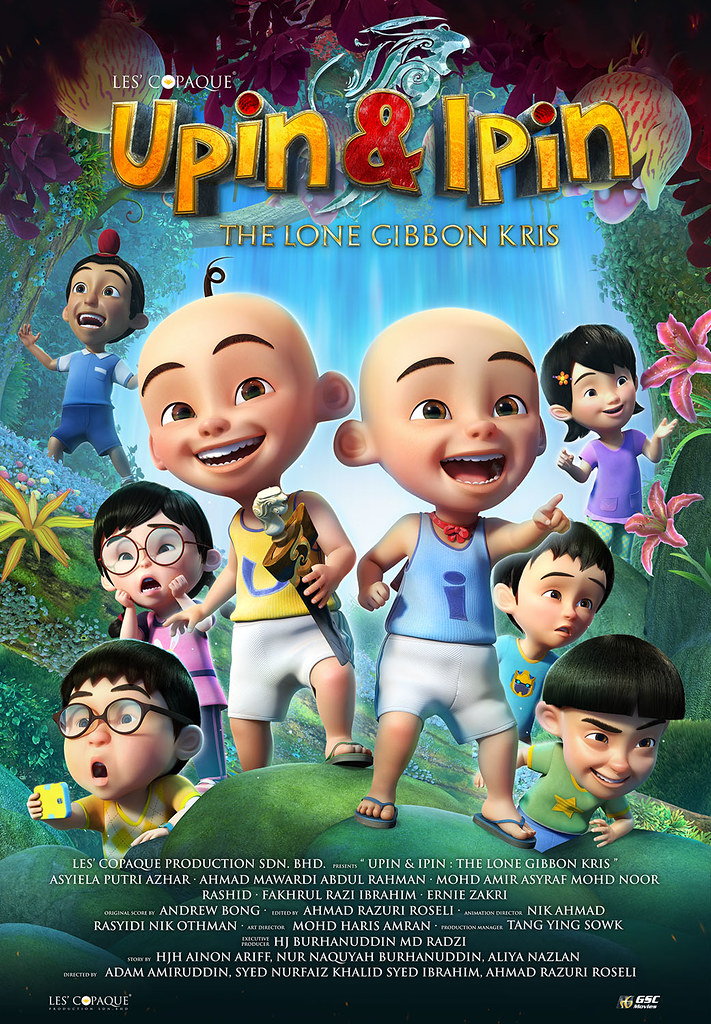 If you have kids and have a Disney channel on TV at home, most probably you already stumbled
on one of the daily episodes of  Upin & Ipin.
Here’s good news for you and your kids, Upin & Ipin is set to open in Philippine cinemas this August 28, 2019.
You can watch the movie trailer of Upin & Ipin here:

The most expensive Malaysian film ever is coming to Philippine cinemas! Watch the trailer for animated adventure UPIN & IPIN: THE LONE GIBBON KRIS….

Upin & Ipin: The Lone Gibbon Kris, is tagged as the most expensive Malaysian film in history reaching almost RM 20 million ($4.84 million USD) and roughly took five years for the entire production crew to finish this animated sequel. Executive producer Burhanuddin Radzi ensures that their latest masterpiece could follow the same quality of the international animated films and also elevate the standards of Malaysia’s animation industry.
The story began when when Upin, Ipin, and their friends stumble upon a mystical keris in Tok Dalang’s storeroom that opens a portal and leads them straight into the heart of the kingdom. While trying to find their way back home to Kampung Durian Runtuh, the disoriented kids are suddenly burdened with the task of restoring the kingdom back to its former glory. With help from characters from Malaysian tales and folklore, Mat Jenin and Belalang, Upin, Ipin and their friends must overcome a series of challenging obstacles in this action-packed, magical and humorous adventure film.
I am always excited to discover new movies and animations from other countries – especially that I am learning to edit videos myself.
The original Malay-language version is simultaneously released last March in Malaysia, Singapore, and Brunei. It was well received by the fans, especially in its own country as it grossed around RM25 million in just three weeks.
It now stands as the highest-grossing local animated film in Malaysian cinema. The previous holder of the record was The Incrediblest; which made approximately RM21.7 million in local cinemas. However, the Disney•Pixar film accomplished the milestone in a span of three months
where Upin & Ipin only needed three weeks to take over such record.