Last Thursday, my schedule allowed me to attend the Chinese New Year Dinner at Mango Tree Bistro (it is actually a Thai Restaurant) in Trinoma. The invitation said that we need to come in Red Oriental Chic attire. I don’t want to stress myself over clothes, so I decided to wear the (ever reliable) red multi-way top. I came with the place packed with guests in red attire. I told myself that this is going to be one chic dinner!

Everything went okay. The hosts were very accommodating, starting from the registration until I was seated to a table with other group of bloggers. We just actually insisted that I share the table with the group, and the host and staff happily said yes.

More food were served on our table. 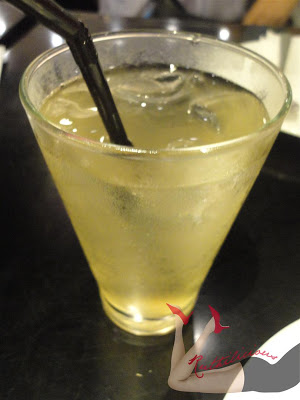 Another picture of the Phad Thai

I love the Phad Thai and the Shrimp Cake! We were served with other food but I was not able to take pictures because I was busy catching up with other bloggers. I will sure be back on this place, and consider booking a flight to Thailand! Yummy food!

Then the program started. We were introduced to (I believe) Mr. Chen Sy (as corrected by SugarSmile) who has been nominated as the new President of Philippine Chamber of Commerce, along with his wife who is fond of Feng Sui, and two sons – both are achievers, one even won from Olympics. They looked like a happy family and we felt so blessed to have been invited to the dinner. There was such a happy mood.

Until, this girl suddenly started screaming and shouting “Papa!” – she introduced herself as the youngest in the family.

Instead of warmth welcome, Mr. Chen asked her daughter to keep quiet during the event. He kept on shouting “Jenny!!” to keep her shut.

The program continued with a game. Sort of a quiz bee – a competition against each table. We were given pad and pens to jot down our answers. Surprisingly, instead of questions about Chinese tradition, or Chinese New Year, we were asked about health, specifically, infant/child’s health.

We didn’t win, but for the record, we answered most of the questions. The family once again thanked us for joining them.

On the side was Jenny cheering for her brothers and dad (see pic below), but yet again the daddy kept on shutting her up with his stormy voice.

Jenny could no longer take it and just stole the limelight – which made Mr. Chen very angry.

The family did make a scene infront of the guests. Emerson (one of the hosts) stepped in and defended Jenny. He said that although she was mostly weak and short for her age, most of the people she get to meet during outreach programs love her. She is one of the reasons why the company has established its name and branding.

Of course, Mr. Chen didn’t like what he heard, and accused Emerson –
was he Jenny’s real father?! (oh, what a scandal!)

Jenny once again stole the limelight. She said that she couldn’t take it anymore. She was in pain. The family then complained about a foul smell, then Jenny went outside to look for the nearest washroom.

Such a scandalous and embarrassing event!
What was really happening?
A doctor from GSK Philippines explained what happened. Jenny was one of the many children who got affected  by the RotaVirus – leading cause of diarrhea. Surprisingly, in the Philippines, diarrhea is the second killer of children aged less than 5 years old.
The good news is, Secretary Enrique Ona of the Department of Health has announced to media its intention to include RotaVirus Vaccination as part of the Expanded Program for Immunization (EPI) in 2012. The Philippines will become the very first Asian Country to implement RotaVirus Vaccination in the EPI.
Thank God for the enlightenment, Mr. Chen finally understood what Jenny has been going through. And just like Fairy Tales and great movies, the family live happily ever after.