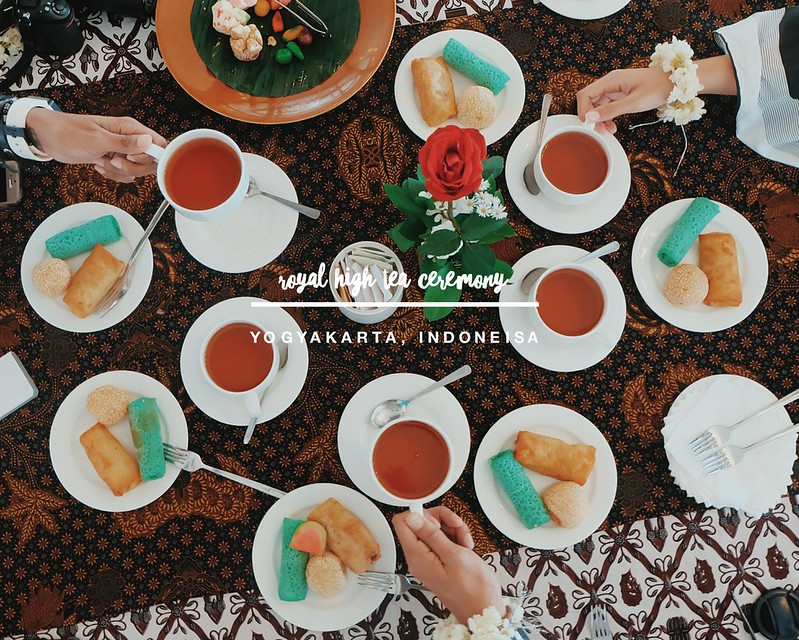 We had a long day during Day 2 of our #tripofwonders #wonderfulindonesia trip. Starting with a Sunrise Hike in Borobudur Temple, a tour of Ullen Sentalu Museum and (almost romantic) lunch at Beukenhof Restaurant. When they announced that we needed to go and attend the Royal High Tea Ceremony, I felt like I was not in my “royal best” to attend such an occasion.


Read: all about the Trip of Wonders stories.

When we arrived at our third hotel – the Royal Ambarrukmo Hotel in Yogyakarta, Indonesia – they made sure that we feel welcomed, comfortable and relaxed. We were given flower bracelets and welcome drinks. I seriously just wanted to go to my room and relax (or take a dip at the pool!) – but, we still needed to attend Royal High Tea Ceremony 😀 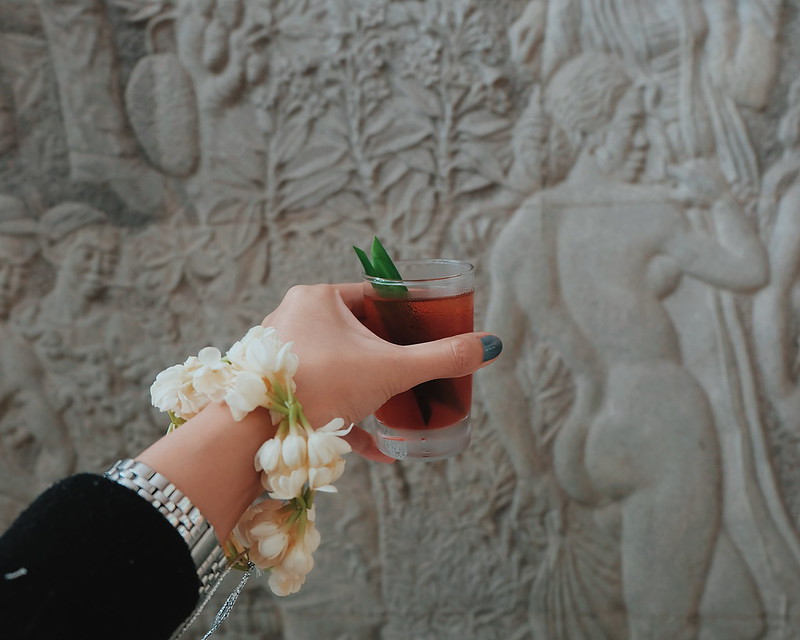 The wall near the hotel entrance was the original one built in Sultan’s Palace. 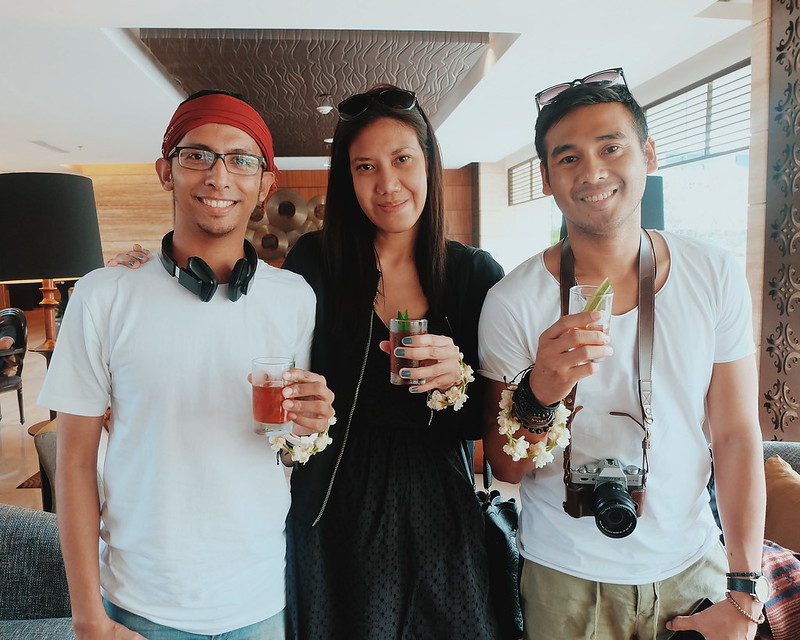 We had a quick heritage tour of the hotel – which was once a Hotel Palace built in 1859! Sultan Hamengkubuwono VII used to live in the building. The Royal Ambarrukmo Hotel is indeed old, but it is well-maintained. It is my favorite hotel during our Indonesia trip. 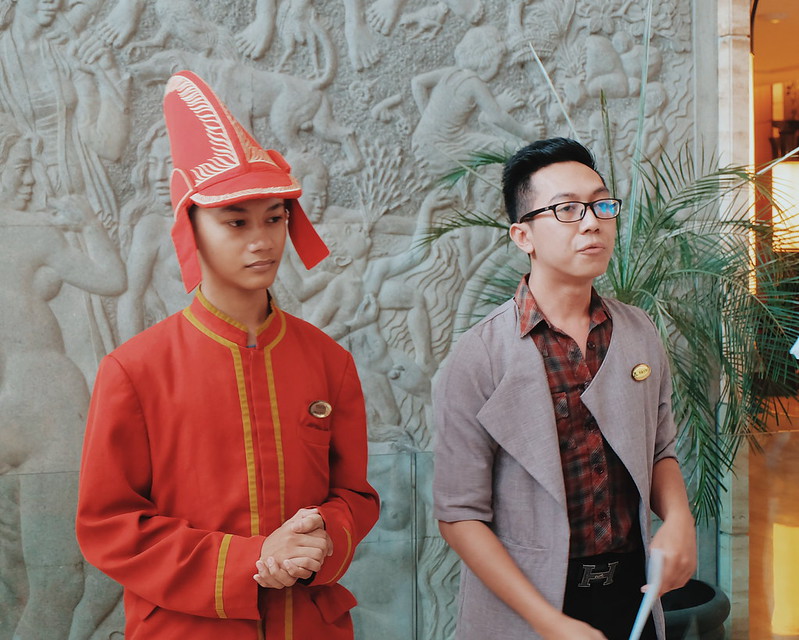 A quick briefing and heritage tour around the hotel 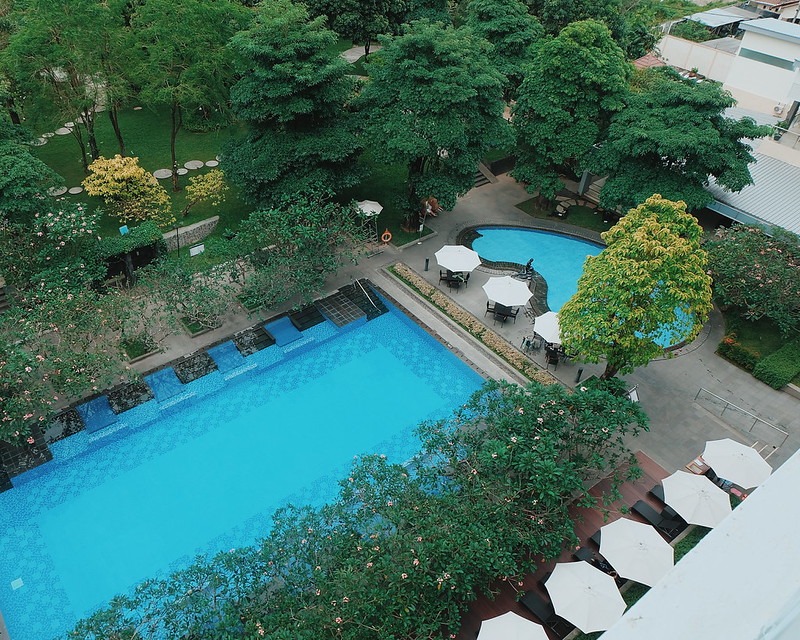 Pool View from the Viewing Deck 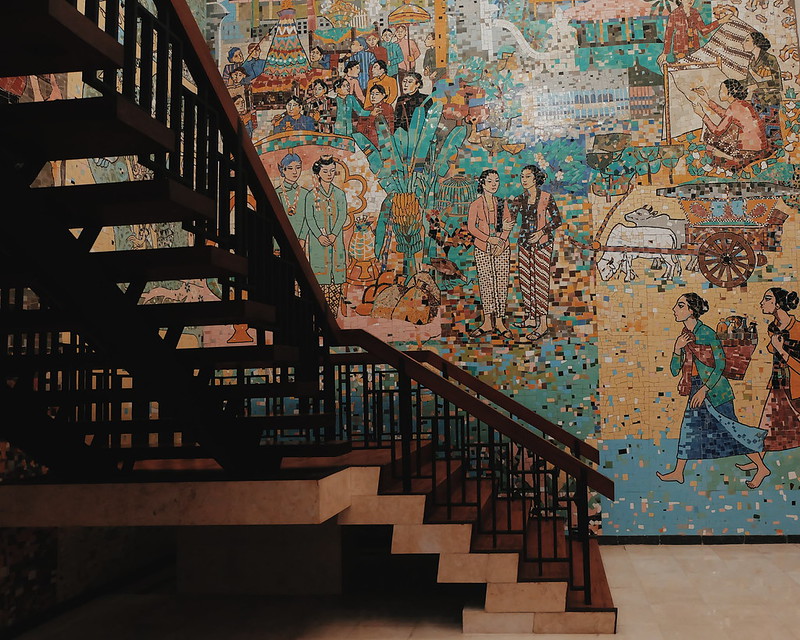 Mosaic Wall reminds me of Gaudi 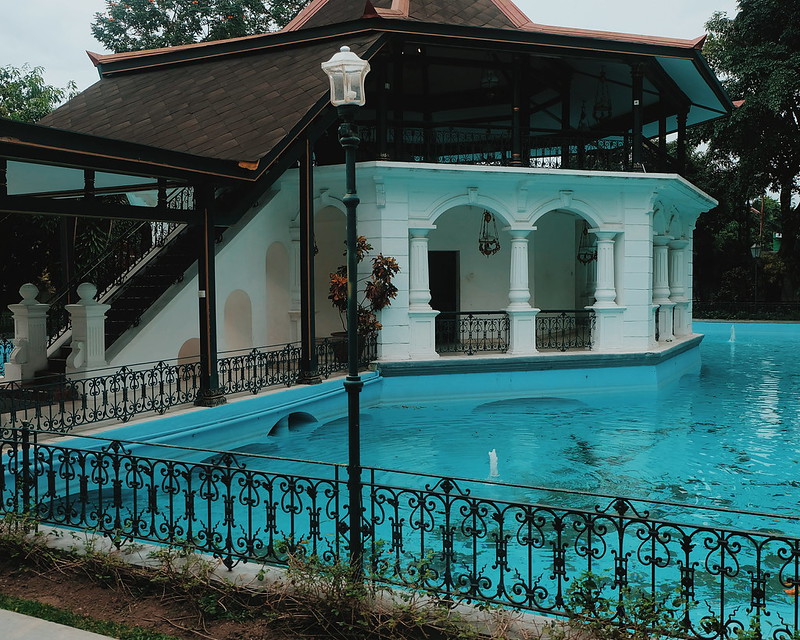 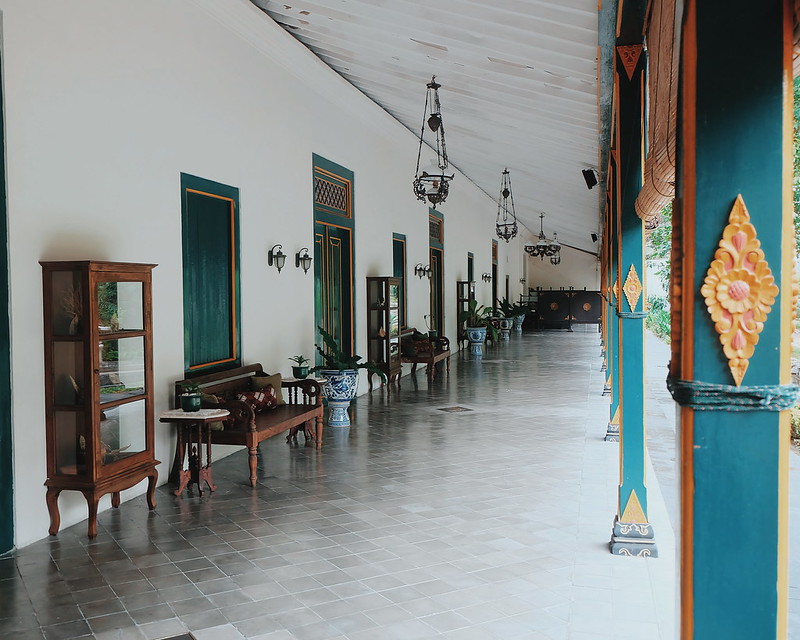 This building used to be the house of Sultan’s concubines. Now, it is a hotel spa. 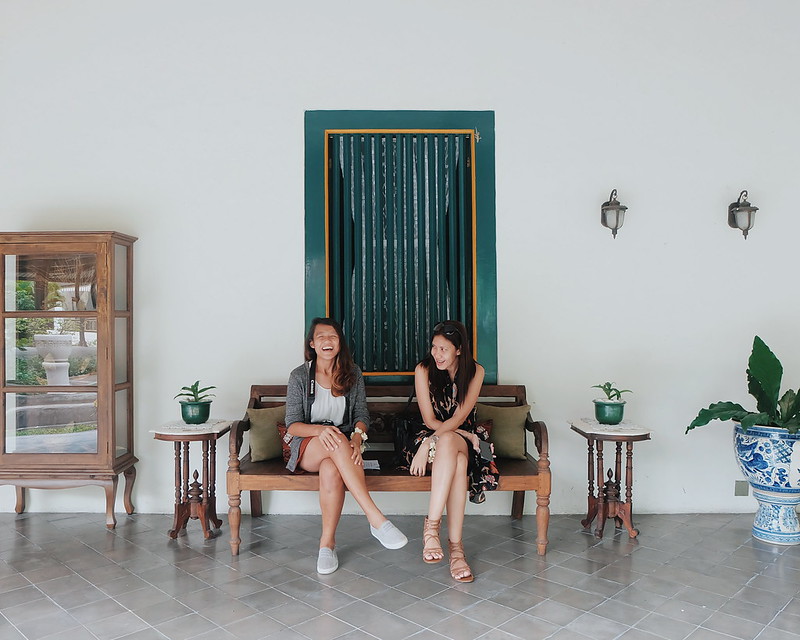 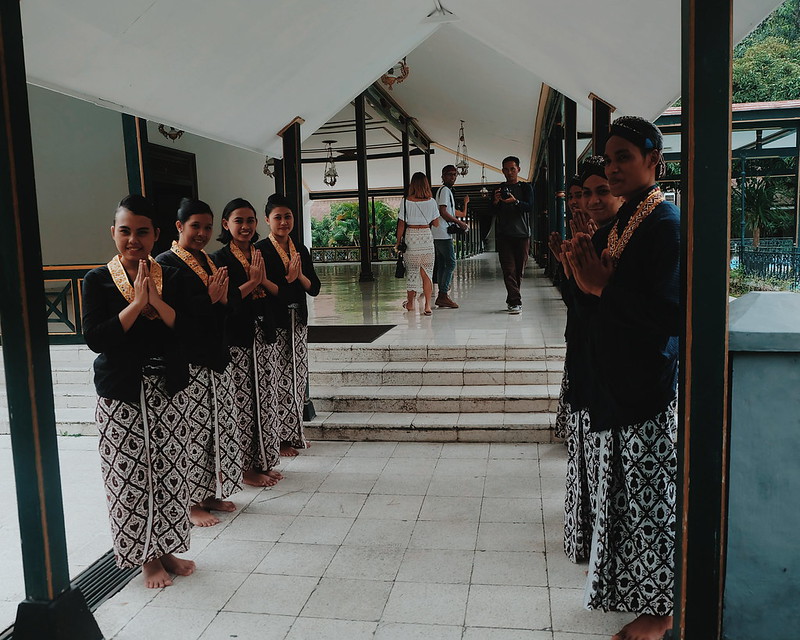 The royal servants in traditional garb started with a procession. It was a long, slow walk for them – while it was a quick snaps for me. I went back to my seat and waited for the royal moment. 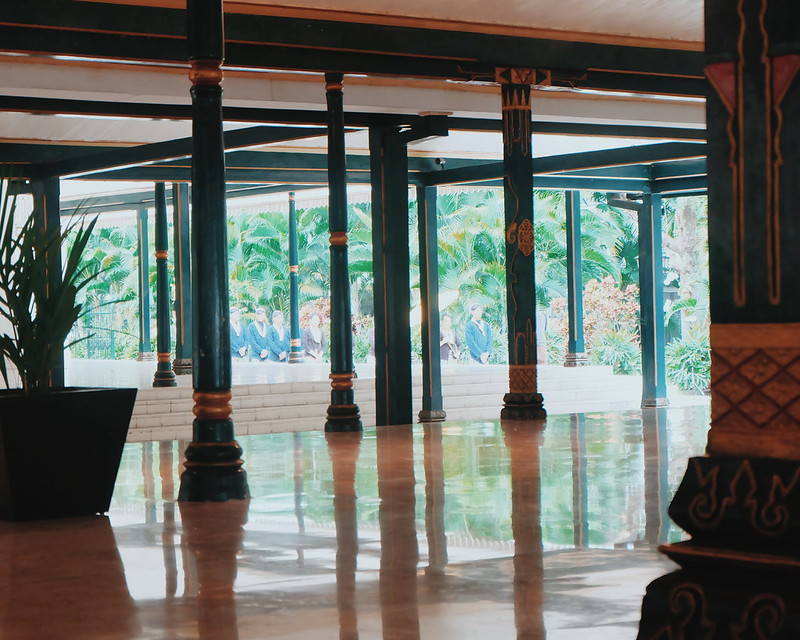 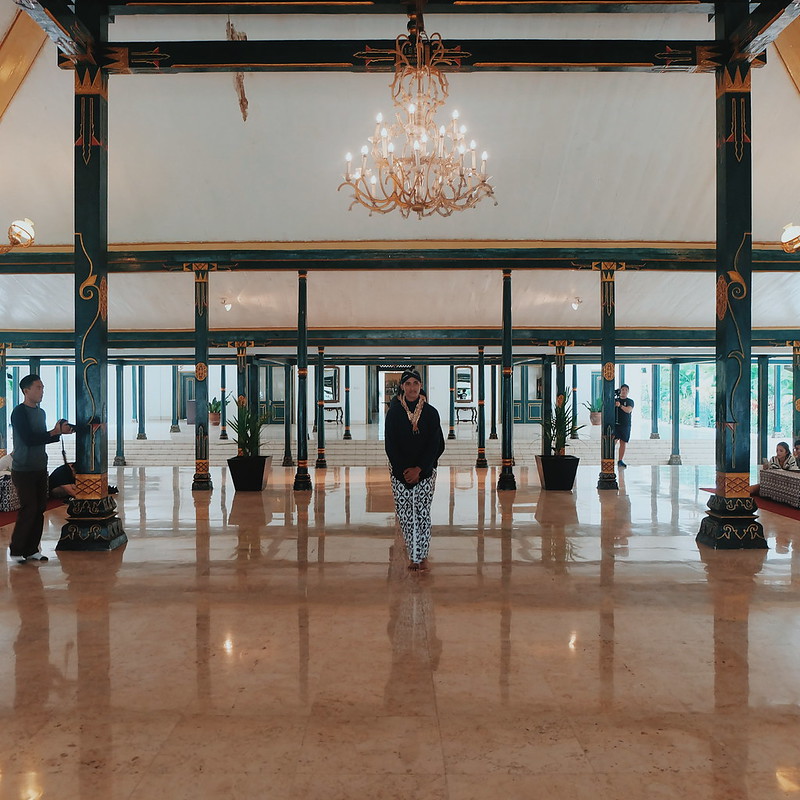 It seemed like everyone was breathing at the same phase – including the guests. 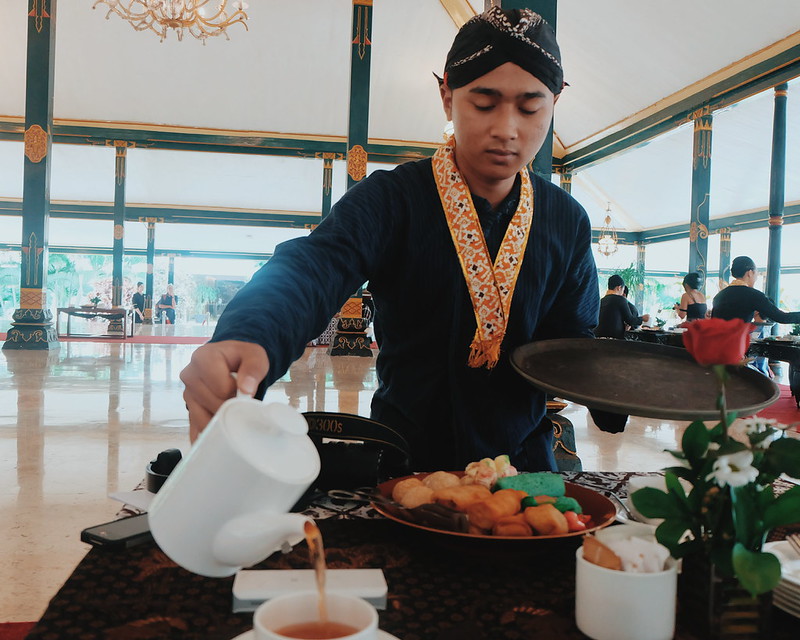 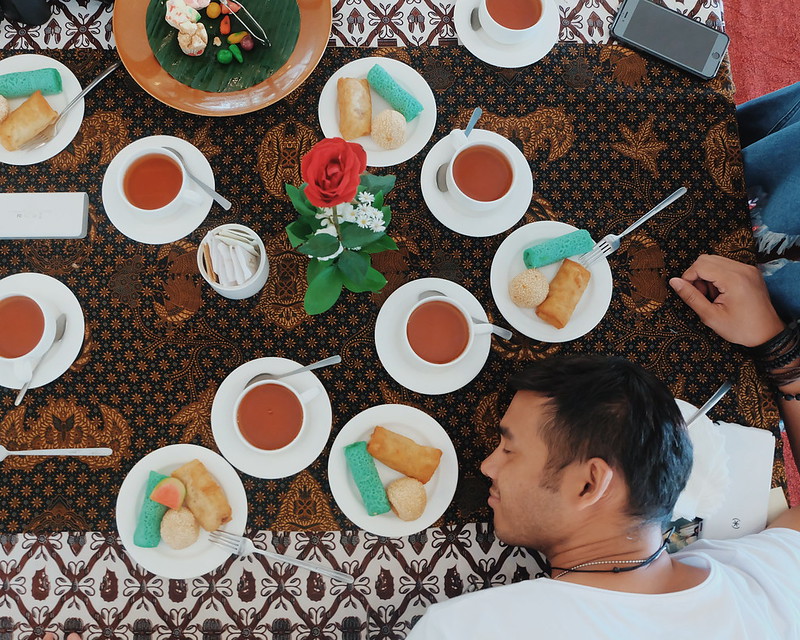 Someone sure needed a bed 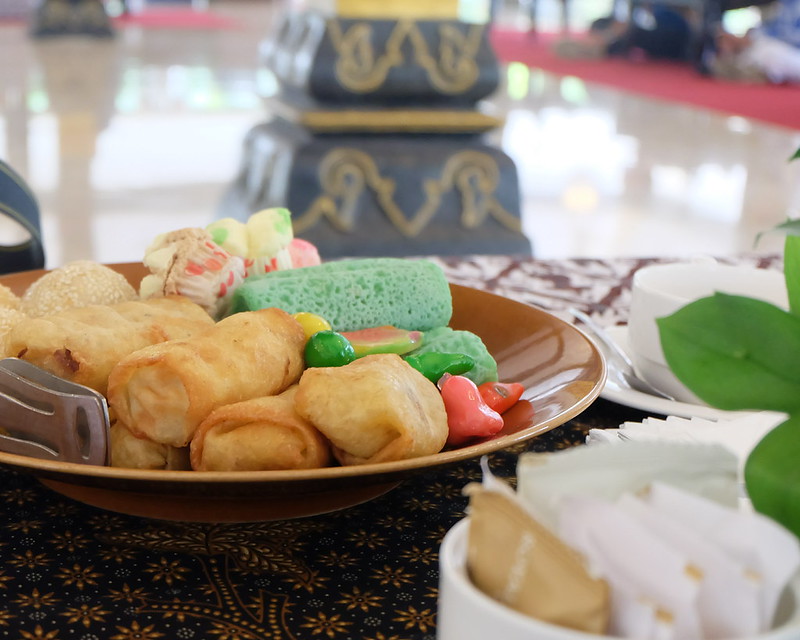 I love the pastries and local delicacies.
The table runner is made of fine cloth with Batik prints. 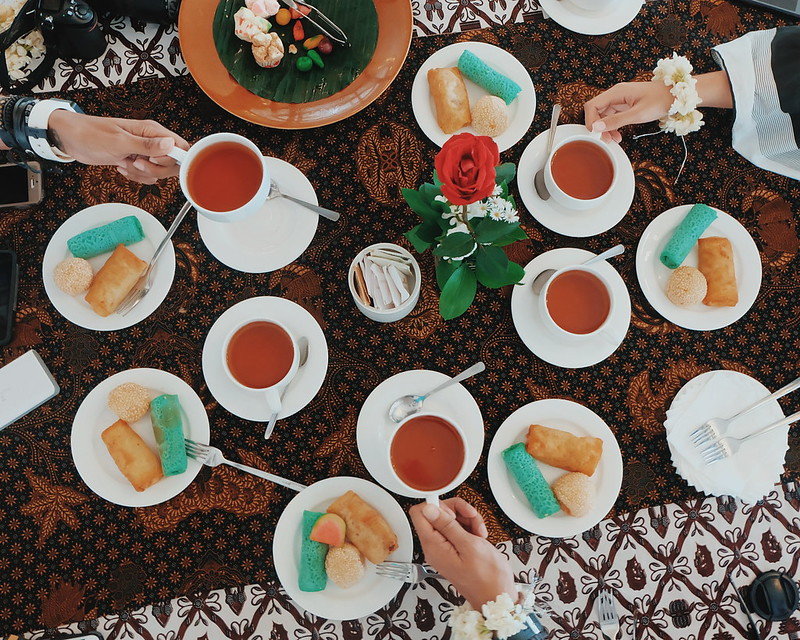 I love that Royal Ambarrukmo revives the ancient Royal tea culture and tea ceremony in Yogyakarta. It was nice to be in the old Sultan’s Palace and experience a formal affair and traditional ceremony enjoyed in royal circles. 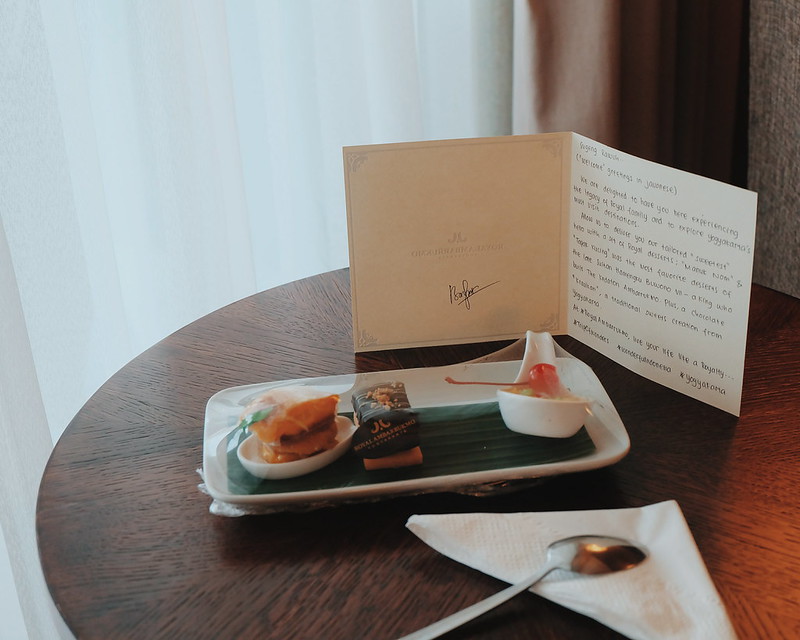 And this is how they treat Royals.

Next up: shopping in Yogyakarta, Indonesia
..to be continued

Read more of my Travels.