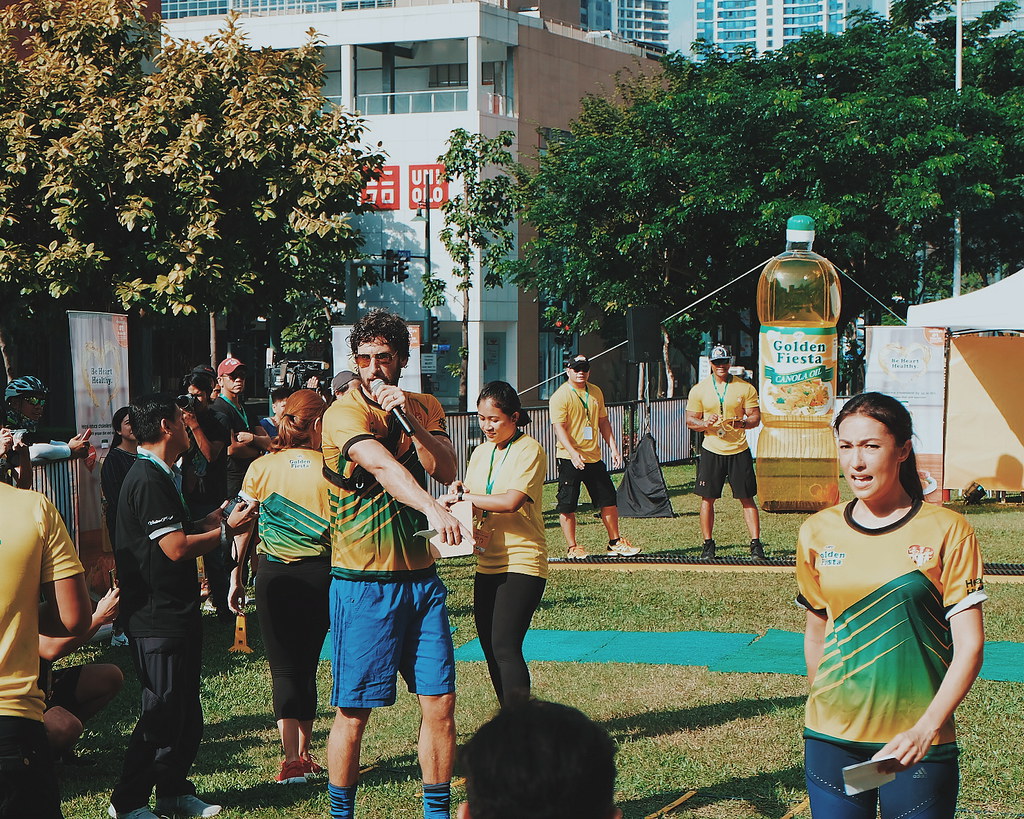 Solenn vs Nico at the NutriAsia’s Golden Fiesta Heart Healthy Camp
We all have seen how power couple Solenn Heusasaff and Nico Balzico throw banters at each other in social media and TV. It is a totally different experience as “hubby vs wifezilla” battled out and fought against each other at the Golden Fiesta Heart Healthy Camp as they lead other celebrities and fitness enthusiasts in trying out different fitness routines. 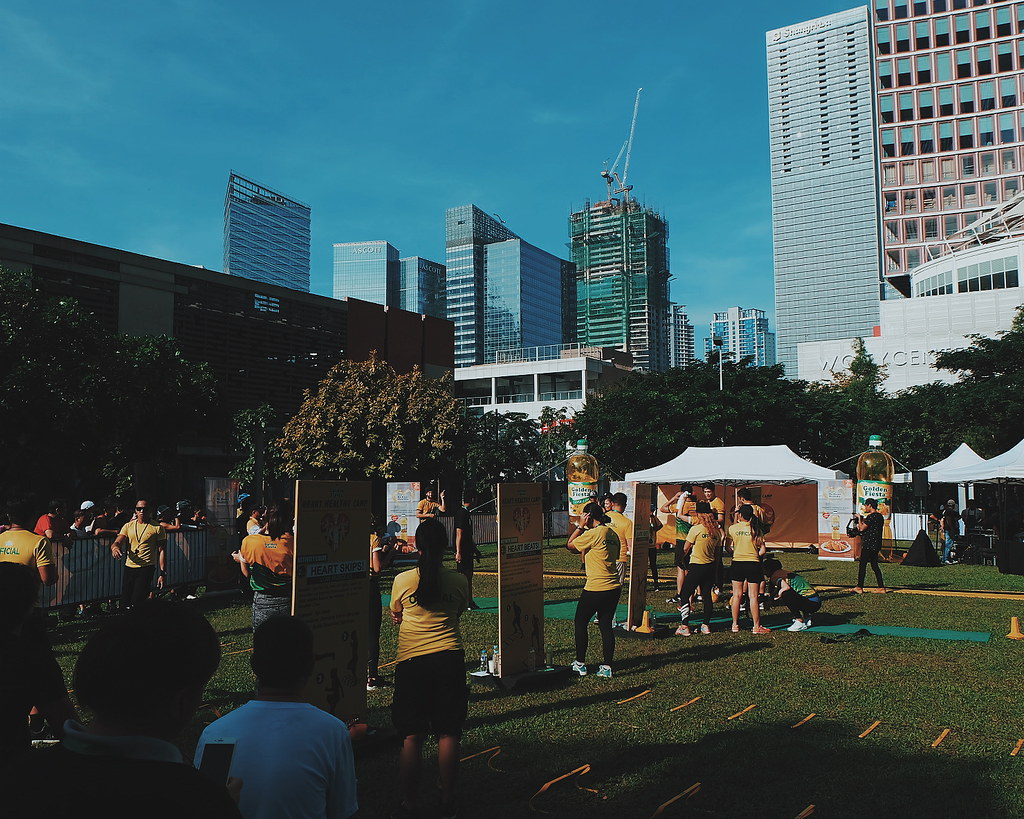 It is a great opportunity for you to evaluate your lifestyle and initiate positive changes, including making the right food choices. After all, it’s an event made possible by heart-healthy Golden Fiesta Canola Oil.” said Carl Constantino, category marketing manager at NutriAsia.

Registered participants received special event passport that gave them access to different activities. They received a Finisher’s Shirt and other special treats from Golden Fiesta upon completing all activities. 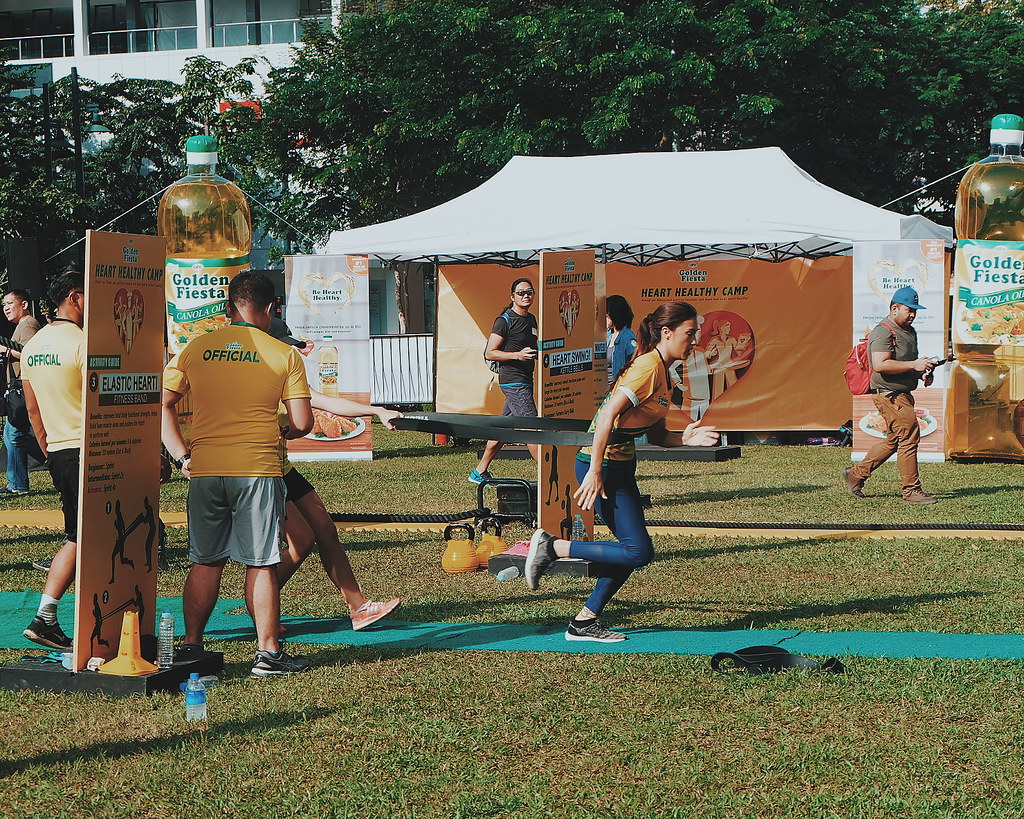 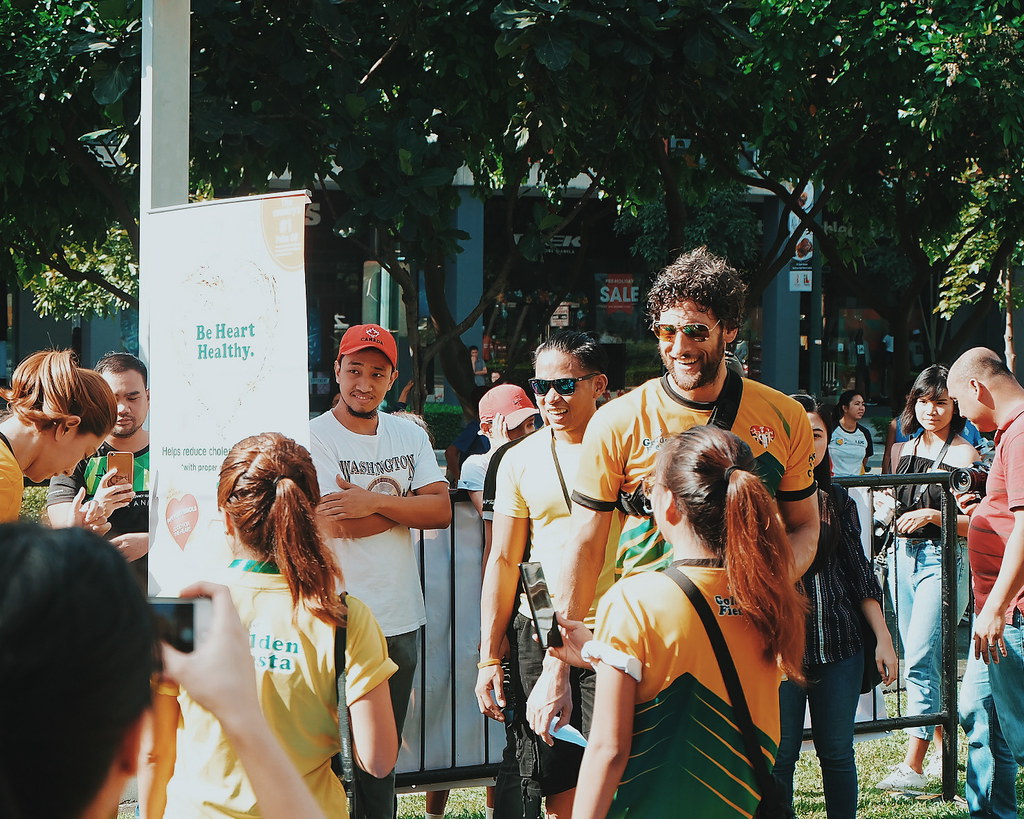 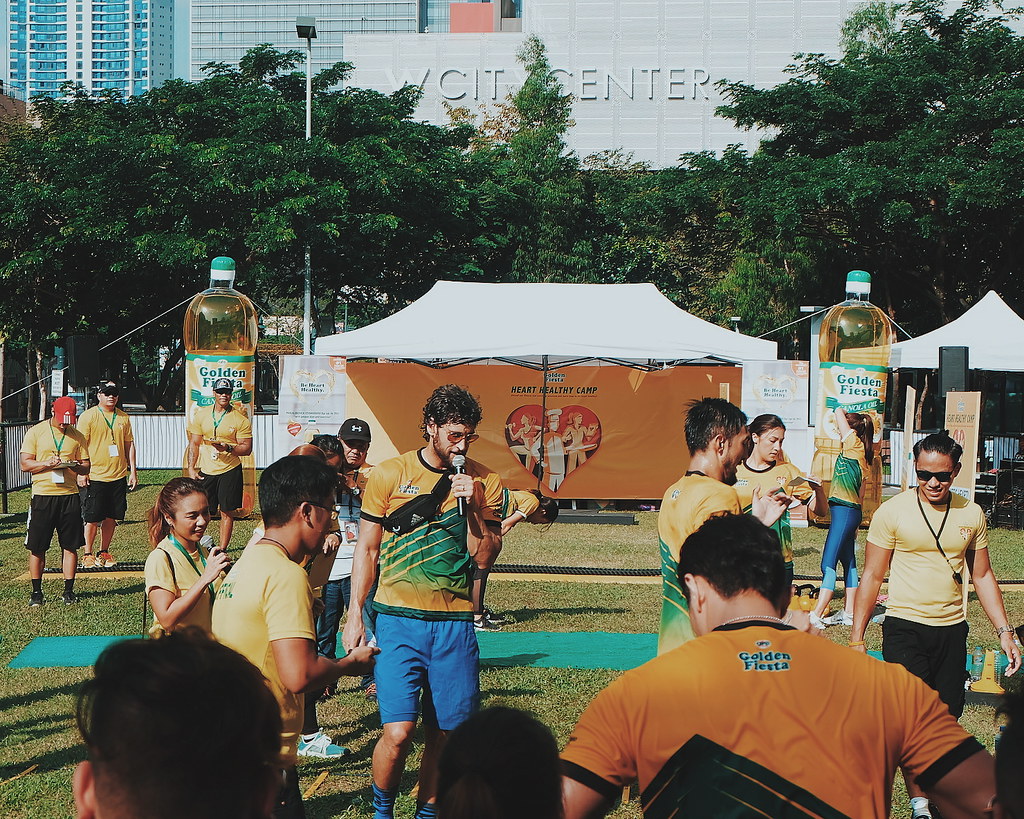 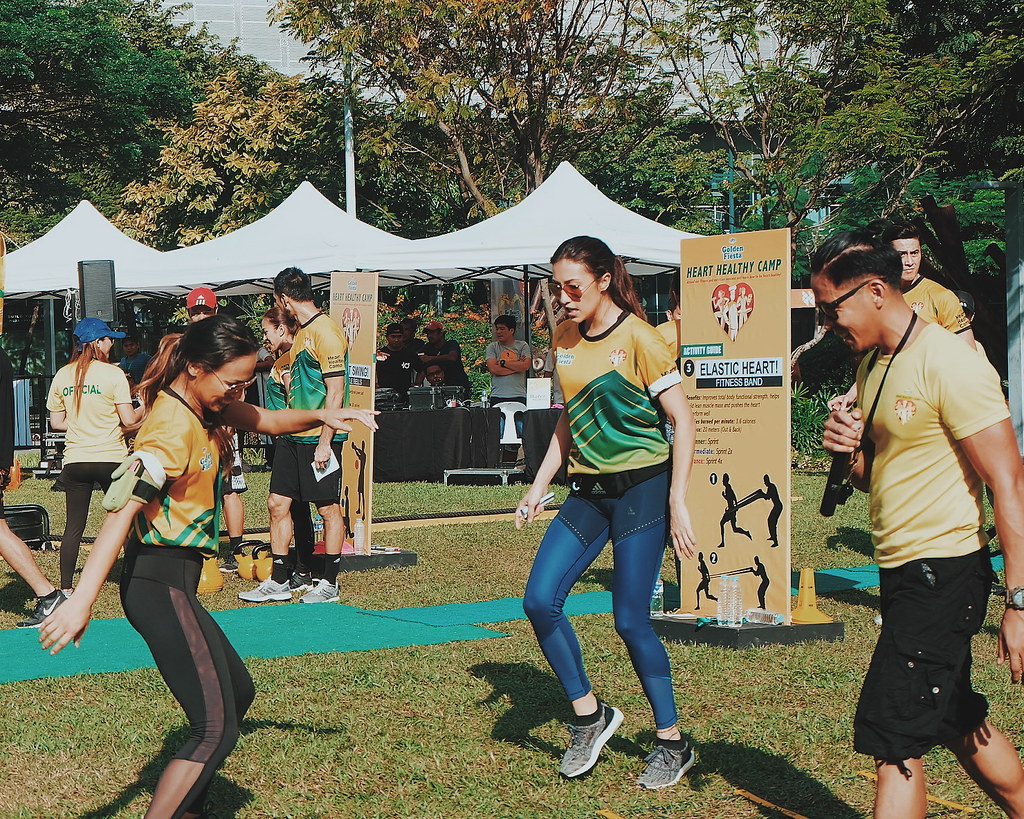 Aside from joining various stations of workout activities manned by professional coaches and trainers, participants was able to watch a live cooking demo—using heart-healthy Golden Fiesta Canola Oil—by celebrity chef and fitness buff Jose Sarasola.
As for me, I just enjoyed the time watching and listening to Nico throw funny remarks at Solenn’s team. He never got tired of teasing her; and she was always after him – punching and pinching him. At the end of the challenge, I saw them kissed. But I know that didn’t end “the war”. 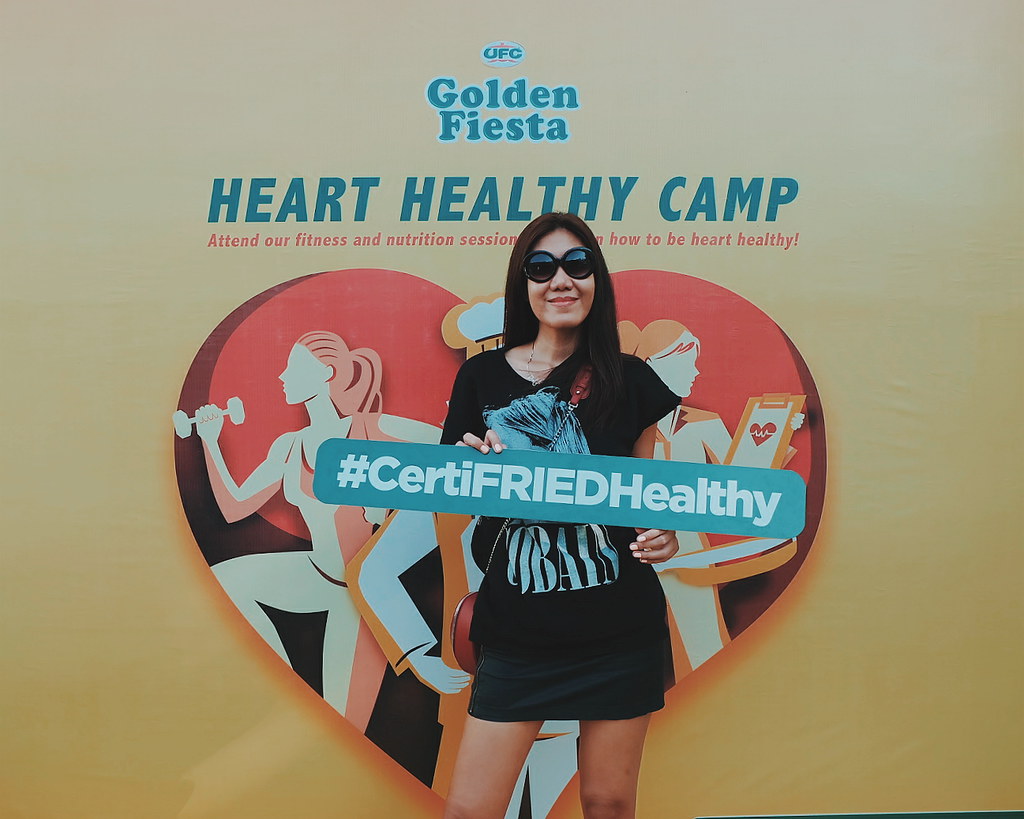