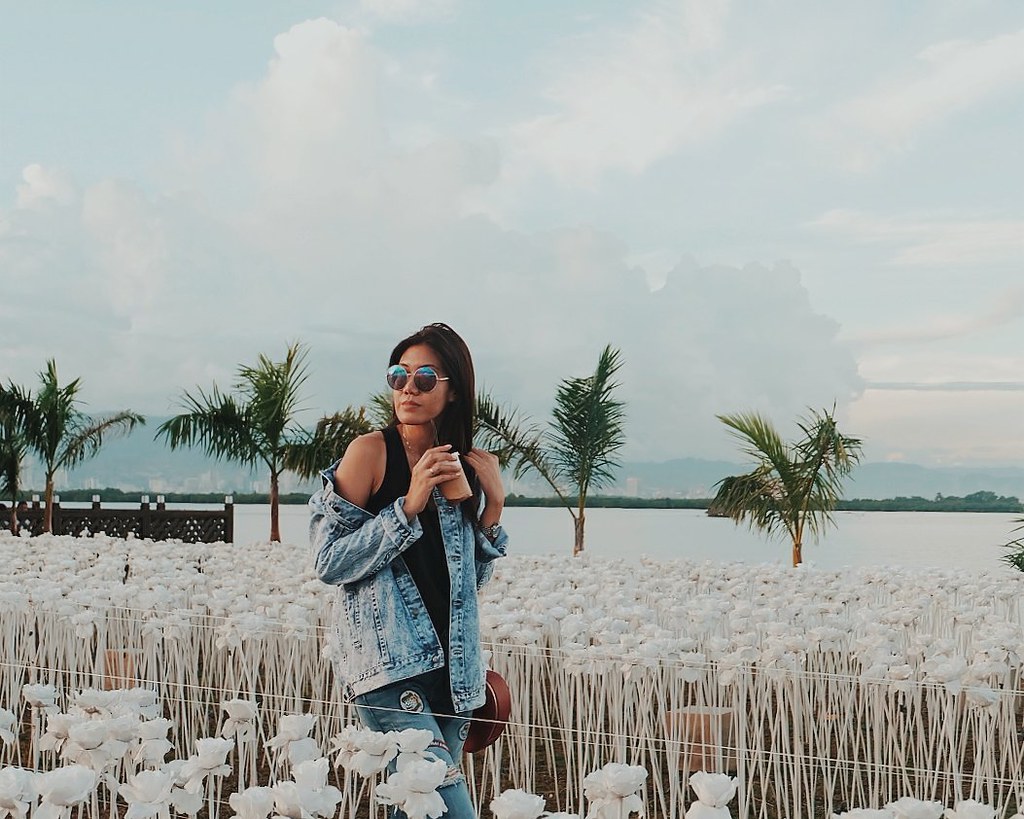 I Went to Cebu and Found Out Some Communities Don’t Have a Toilet at Home
I was rather shocked. #shookt
The first question that came in my mind was – where do they go for defecation?
Featured photo taken in 10,000 Roces Cafe
(the Iced Caramel Latte is really good!)
As it appeared, the world is their urinal and a place for defecation. The saddest part, they do not understand the importance of having their own toilet – and the health and safety risks that come when we defecate in the wild.
You might think that the solution is to give them a toilet bowl for them to use. The local government did provide them with materials and toilets to use – but they only used these as a decorative piece or flower pot. Again, it is because they grow up doing the “normal” thing and they didn’t understand its importance.
It is even quite surprising that some communities even have their own TV set and high-tech gadgets, but do not have their own sanitary toilet at home (just because, they got used to their “own ways”).
I am sadden at this news. I feel that having a good, sanitary toilet is one of the basic human needs. According to the Joint Monitoring Programme for Water Supply, Sanitation and Hygiene of the World Health Organization (WHO) and the United Nations Children’s Fund (UNICEF), approximately six million Filipinos, mostly in rural areas, still do not have sanitary toilets, as of 2015.
The Department of Health (DOH) launches a national health promotion and communication campaign about flies and feces with a roll-out training in the Central Visayas this week. 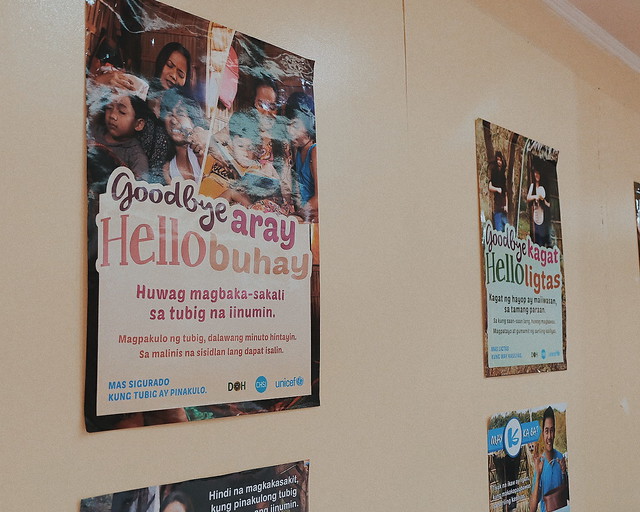 “The aim is to help fathers and mothers, especially in rural barangays, to finally construct a sanitary toilet for their own families,” said Dr. Jaime Bernadas, regional director of DOH Region 7.

They shared with us how the volunteers do it in a way that would make the locals better understand the need to get their own toilet and the risks of defecating in their surroundings.
Hands down to the sanitation inspectors and health advocates who help in educating the local communities on this project – and it means not using the usual Powerpoint Presentation and visuals; but rather, going to communities and visiting the place for defecation with the locals. Some of the approaches may be a little unpalatable for publishing in this blog. 💩💩💩

In the Central Visayas, the campaign was piloted in five selected barangays in the Municipality
of Tuburan in 2016. In 2015, Tuburan had the lowest access to sanitary toilets in the region at
only 41%. After only eight months, all households in the pilot barangays completed the
construction of their own sanitary toilets.
Two of these barangays, Colonia and Alegria, were cited by DOH as among those with the best sanitation practices in the region. Tuburan Mayor Democrito Diamante saw the results of the campaign and agreed to roll it out in two other barangays. 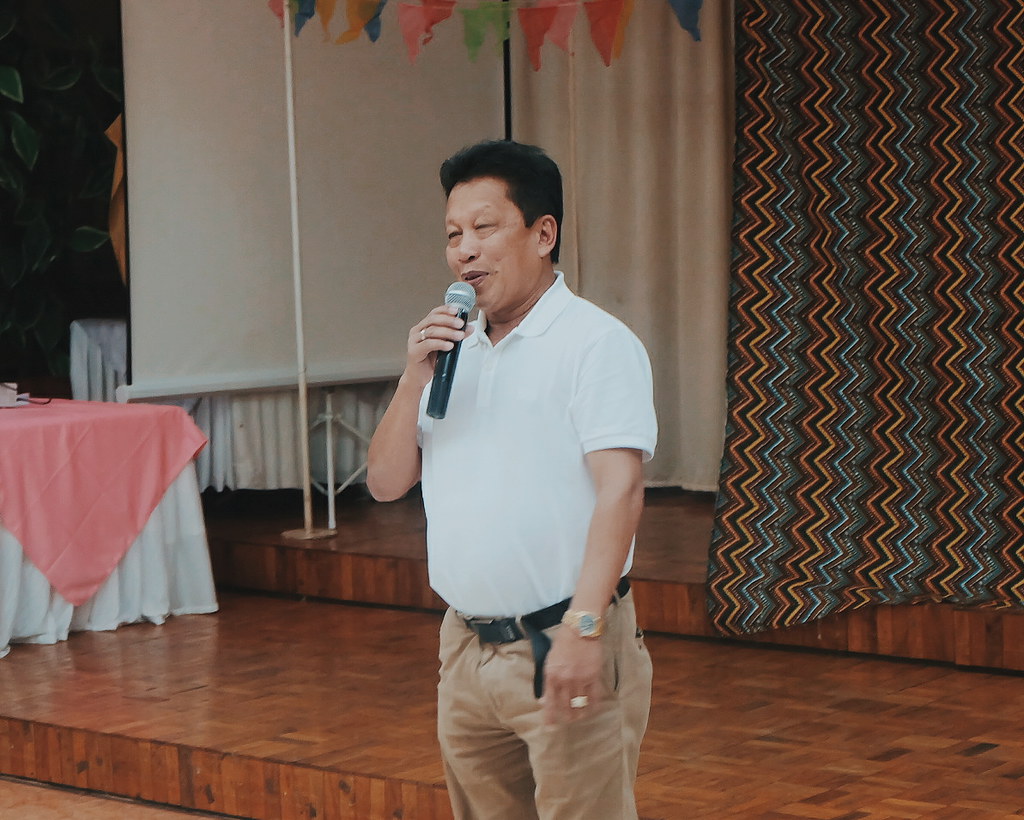 “Our goal now is to make the whole of Tuburan a Zero Open Defecation municipality by 2019,” said Diamante.

During the event launch, we were able to talk to Unicef representatives and sanitary inspectors, and they shared how the campaign has helped health workers like her convince residents to prioritize sanitation.

“People need to know and understand the dangers of having no toilets and open defecation. This is what ‘Goodbye, Dumi! Hello, Healthy! provides — – making people understand the relationship of feces, flies, diarrhea, disgust and danger.” – Dr. Bernadas.

To make it more fun and enjoyable for the locals and kids, they produced a theater act starring out-of-school kids from Tuburan. The act is fun with catchy theme songs and dance routines. It is very informative but it does hit the target of helping locals understand the message. Instilling how open defecation would lead to diseases and death. 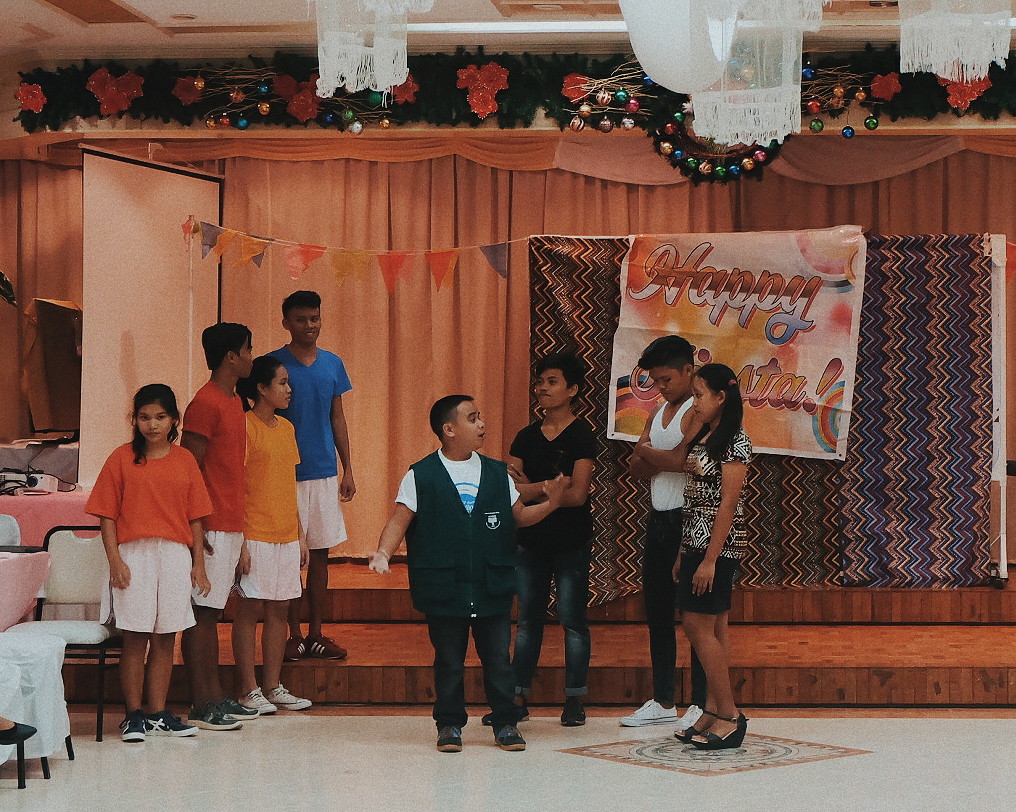 A typical barangay scenario with Kapitan 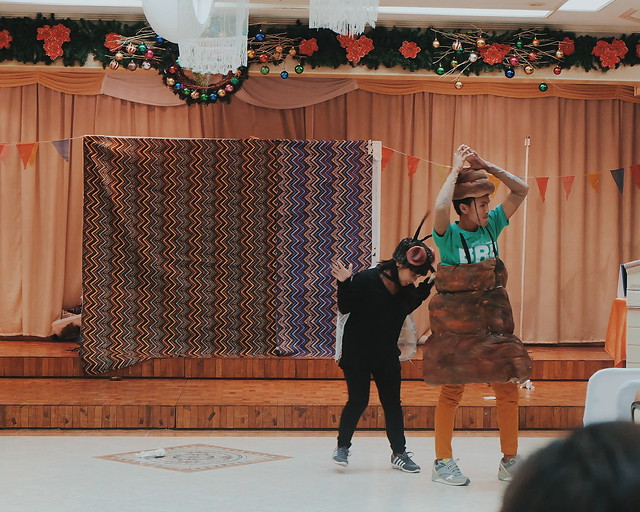 Funny dance interpretation on how flies carry out diseases from feces 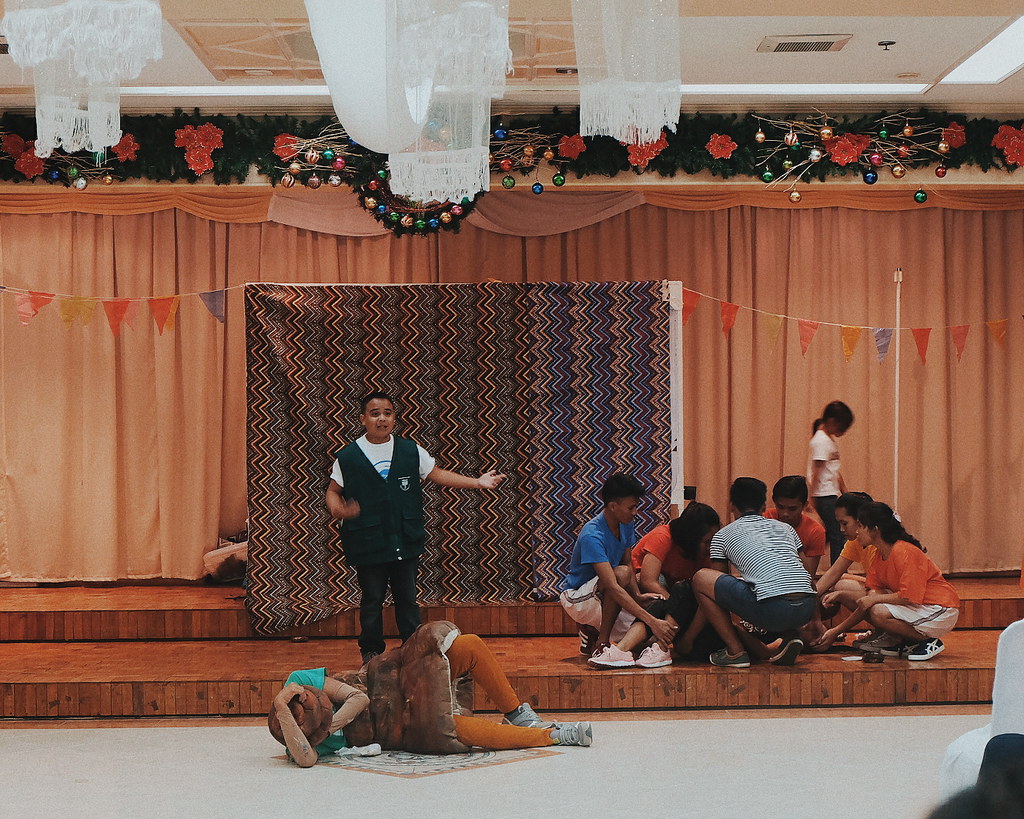 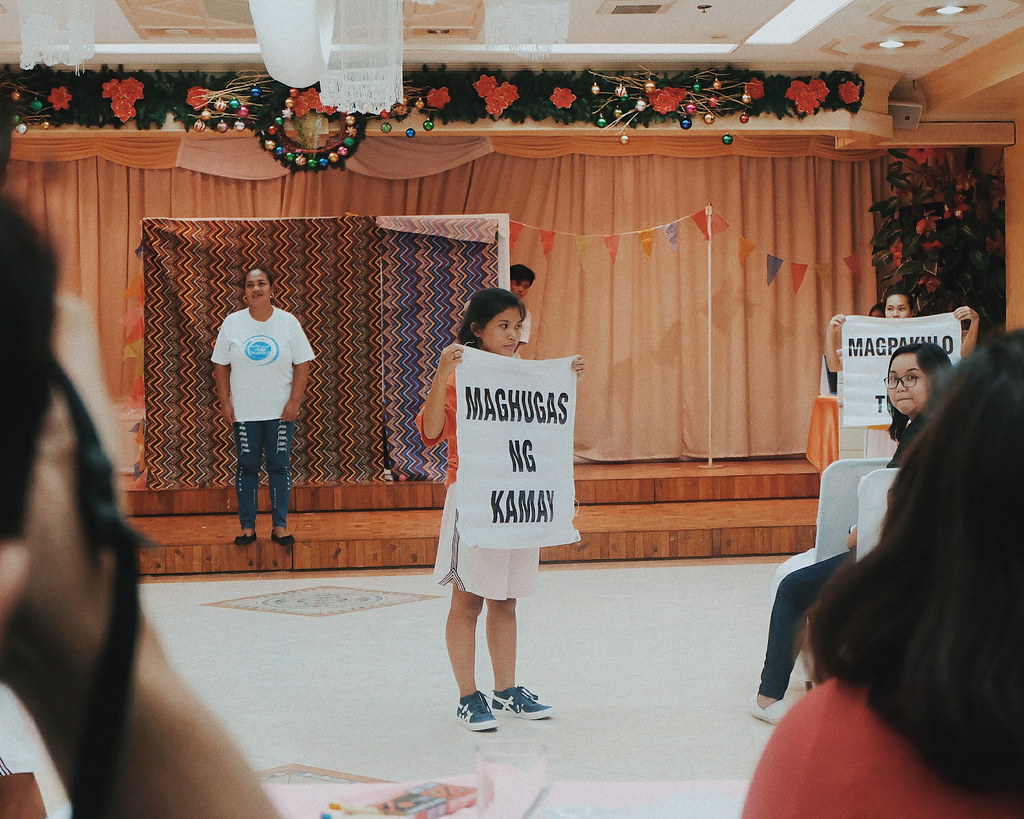 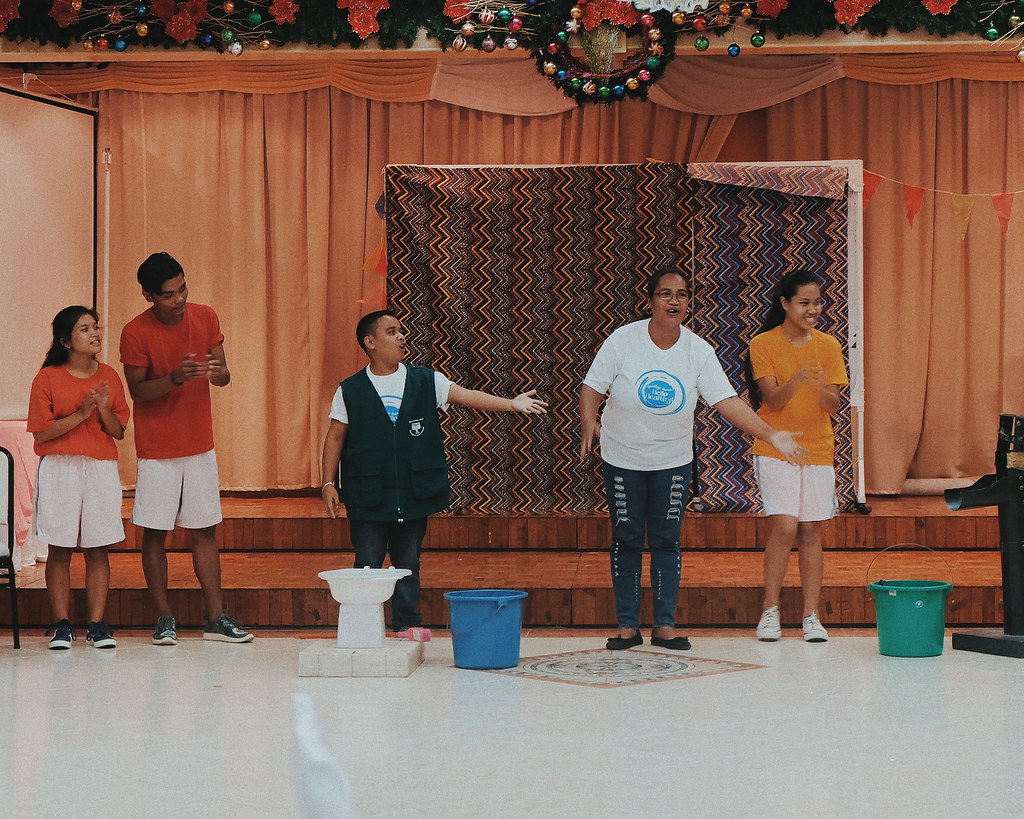 The act even showed how to properly use the toilet 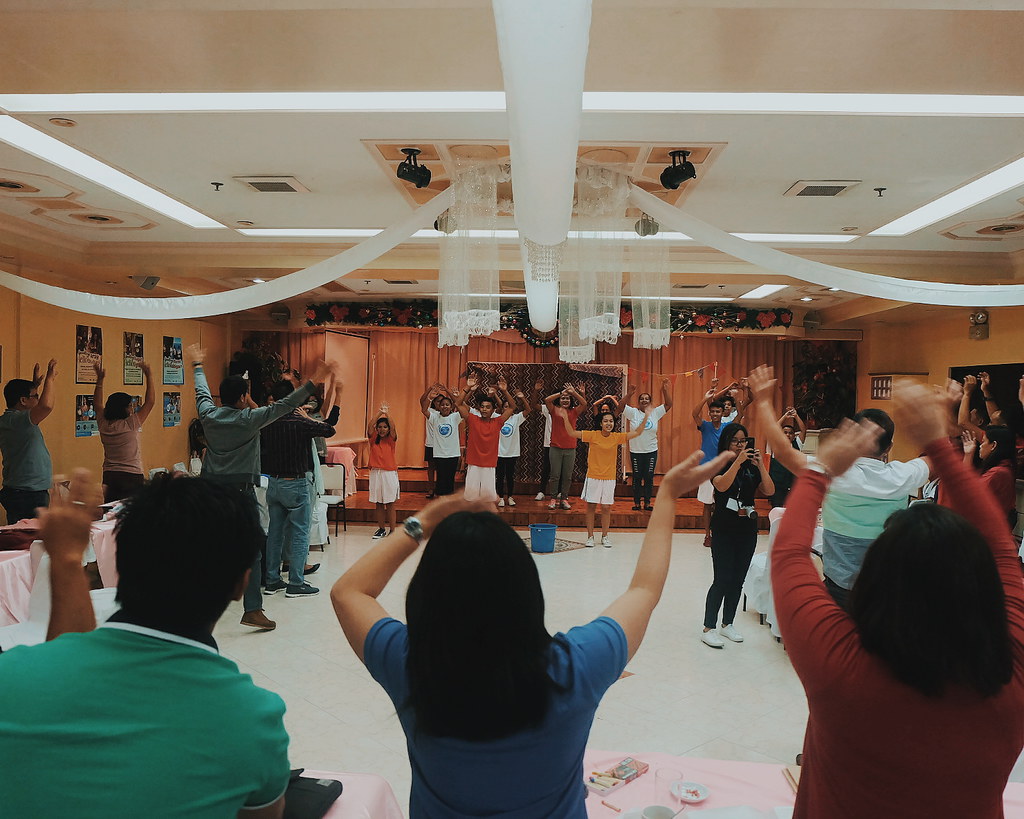 It was so fun and catchy. I even caught myself dancing 😀
Health Secretary Dr. Francisco Duque III stressed the importance of having a basic toilet facility
to achieve universal health, during the World Toilet Day celebration at the Department of Health
(DOH) central office in Manila, last November.

“Achieving zero open defecation is not easy. Households and communities need to be aware and prepared. We cannot just give toilets for free. All our efforts will be for naught if families are not willing to invest their time and resources in building and maintaining their own toilet facilities,” said Duque.

Truly, giving away toilets alone would not solve the problem of open defecation.
It is comforting to know that DOH is working with other government agencies, local government units, non-government organizations and the private sector to promote its ZOD Program and scale-up “Goodbye, Dumi! Hello, Healthy!”. 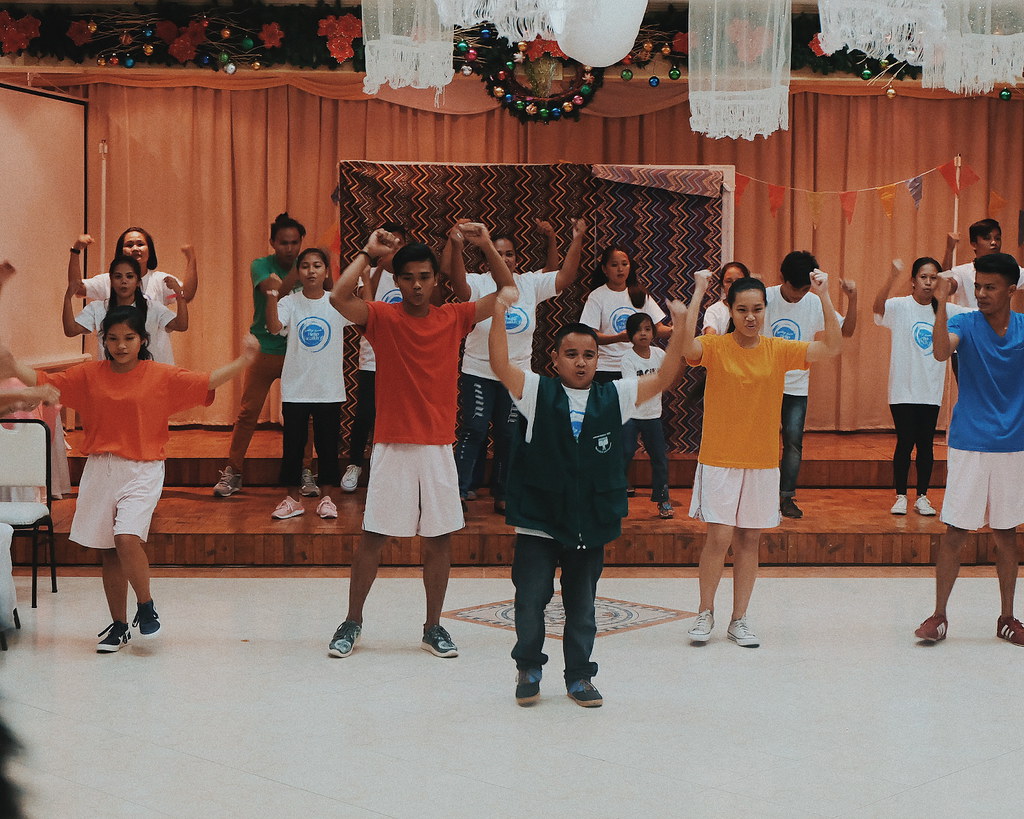 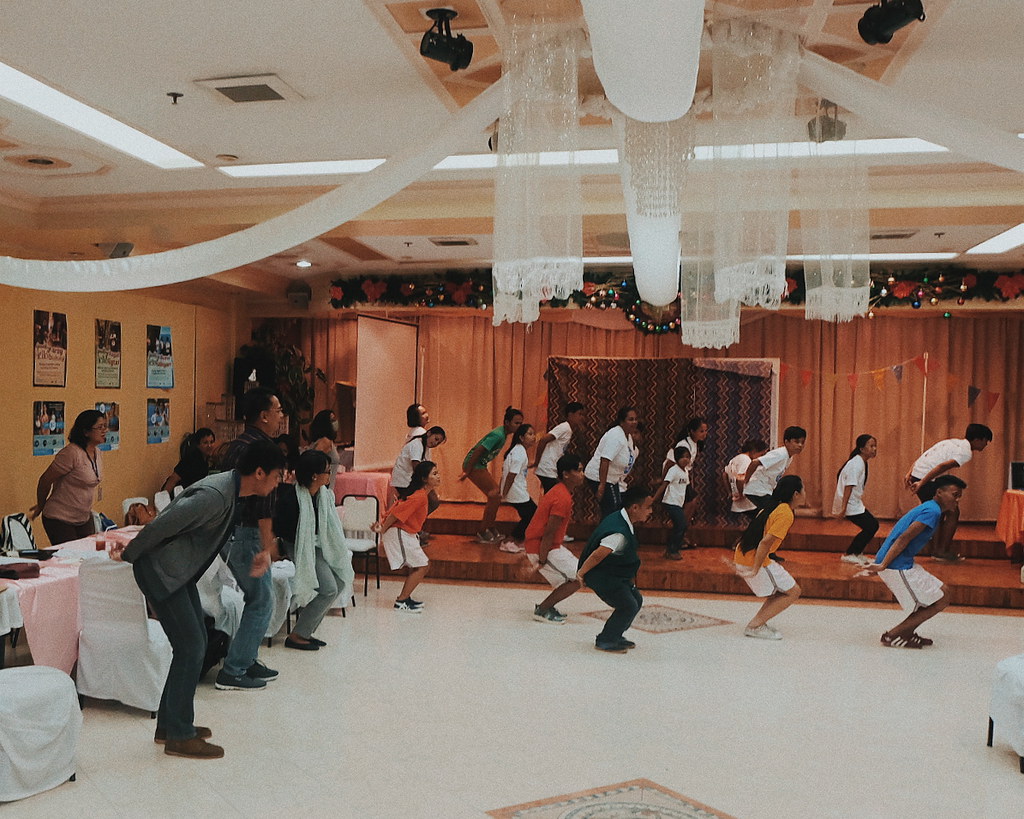 The campaign which is composed off different communication platforms, including a
community play, health classes, and engaging information materials for children and adults, was first implemented in Masbate in 2014. It will be rolled out to all regions in 2018. In communities where the campaign was first implemented, toilet coverage increased from 58 to
85 percent on average in a six-month period in 2016, according to UNICEF.
I like how this event and business trip opened my eyes to a serious problem that our local communities are facing right now.
Some people may not truly get a “toilet humor”, but this is no laughing matter. 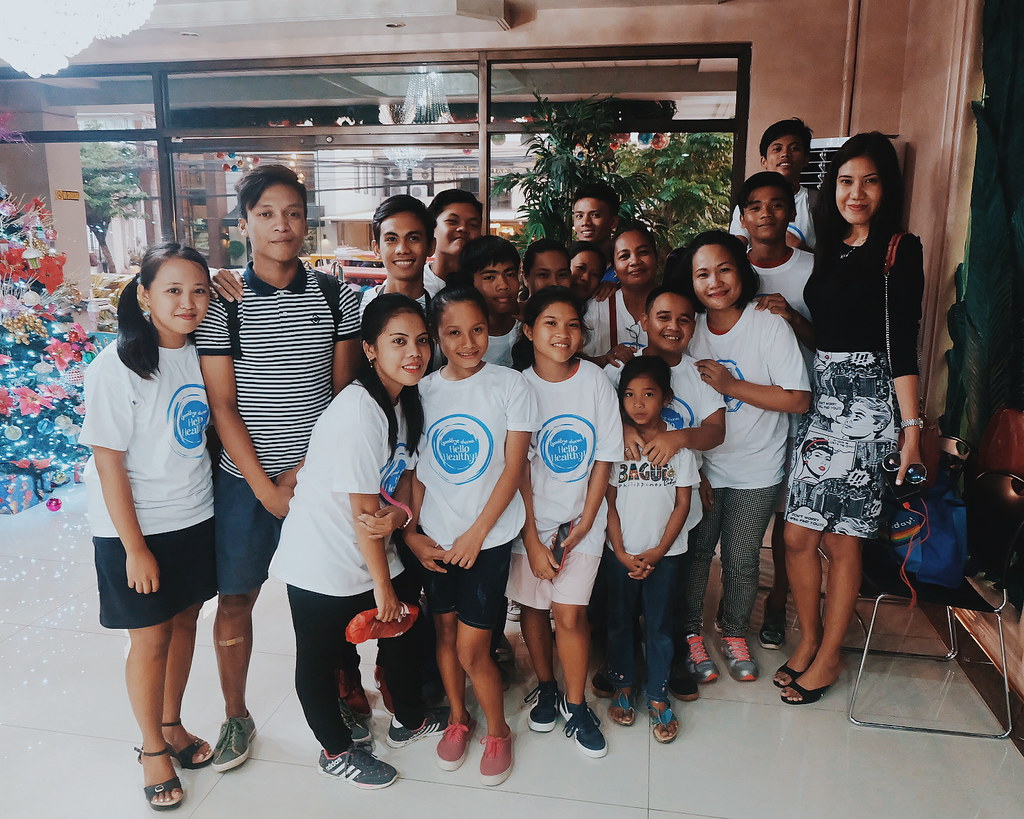 with the Tuburan kids! Good job, guys! 💗
Spread the word and share this article.
Designed by a non-government organization, the Center for Health Solutions and Innovations
Philippines, Inc. (CHSI), in partnership with the Department of Health and UNICEF, the
campaign was cited by the Public Relations Society of the Philippines (PRSP) as one of the
country’s top communication programs at the 52 nd Anvil Awards early this year.
Advocacy Dumi! Hello Goodbye Healthy! Event
Leave a comment