BLACKPINK Light Up the Sky Documentary on Netflix with Globe 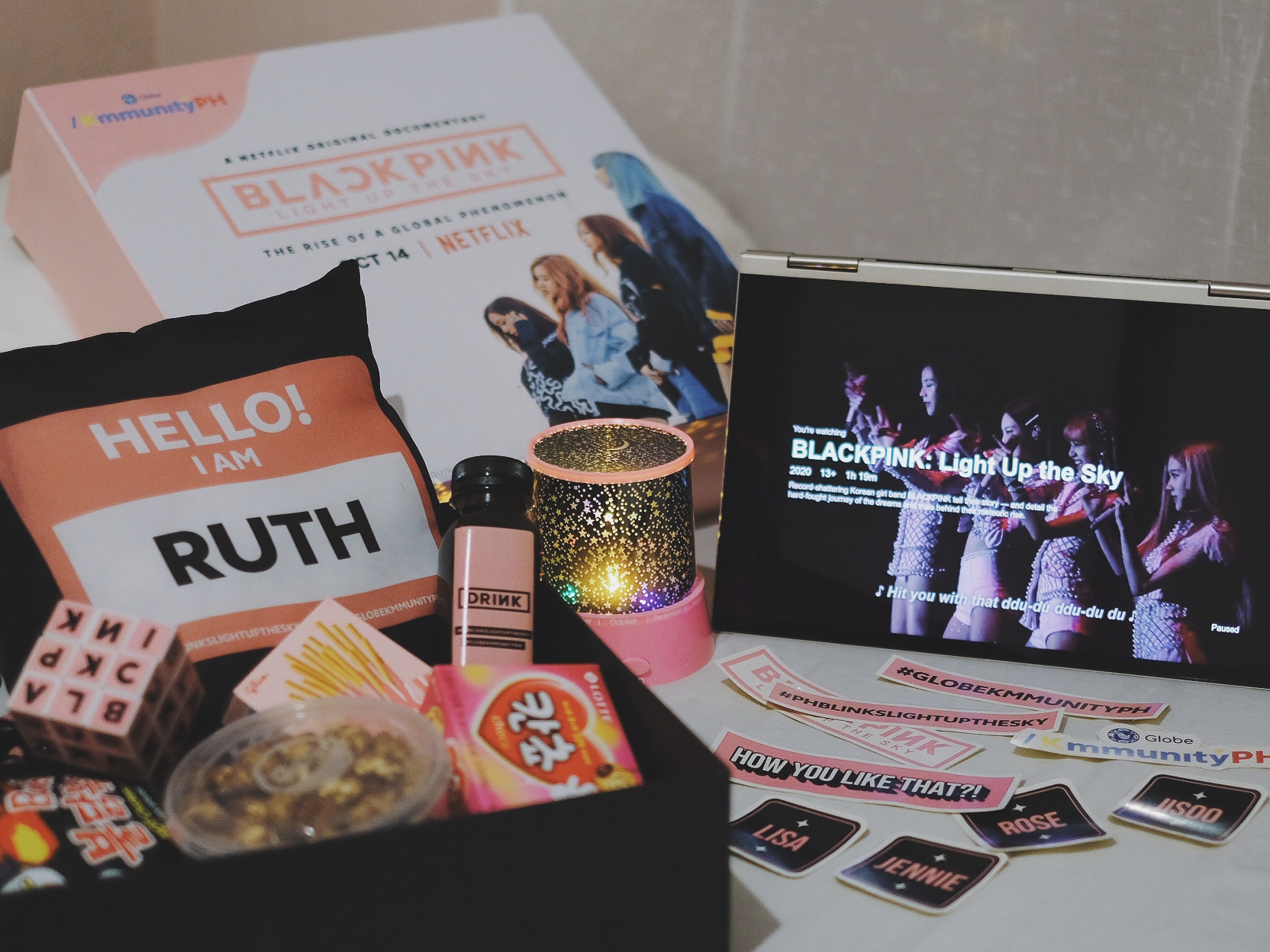 BLACKPINK Light Up the Sky Documentary on Netflix with Globe
One’s success doesn’t just happen with just one blink. 😉
I took a break last night from crime documentaries, and indulge in the story and journey of BLACKPINK.
It’s no denying that BLACKPINK has taken the world by storm with their unbelievable talent, inimitable style, and unique charisma. They have stolen the hearts of millions of fans from all parts of the globe, and the Philippines is no exception, with Filipino BLINKs always eager for new entertainment from their favourite group. Arguably the most dedicated K-Pop fans out there, Filipino BLINKs are in for a treat as Netflix brings them “BLACKPINK: LIGHT UP THE SKY” premiering on October 14.
Since their debut in August 2016, BLACKPINK has become the highest-charting female K-pop group of all time with their innovative music, eye-popping music videos and internet-breaking fashion concepts. BLACKPINK: LIGHT UP THE SKY serves up the never-before-seen moments that BLACKPINK’s global fandom — known as “BLINKs” — have been craving for years.
As BLACKPINK continues reaching new heights in their career — from headlining sold-out world tours to becoming the first female Korean group to perform at Coachella — each member reflects on the ups and downs of fame and the long, often challenging journey that brought them to worldwide success. BLACKPINK: LIGHT UP THE SKY reveals the relatable, unfiltered sides of the foursome, who continue to be a leading force in expanding K-pop’s popularity, proving
that music knows no borders or language barriers. 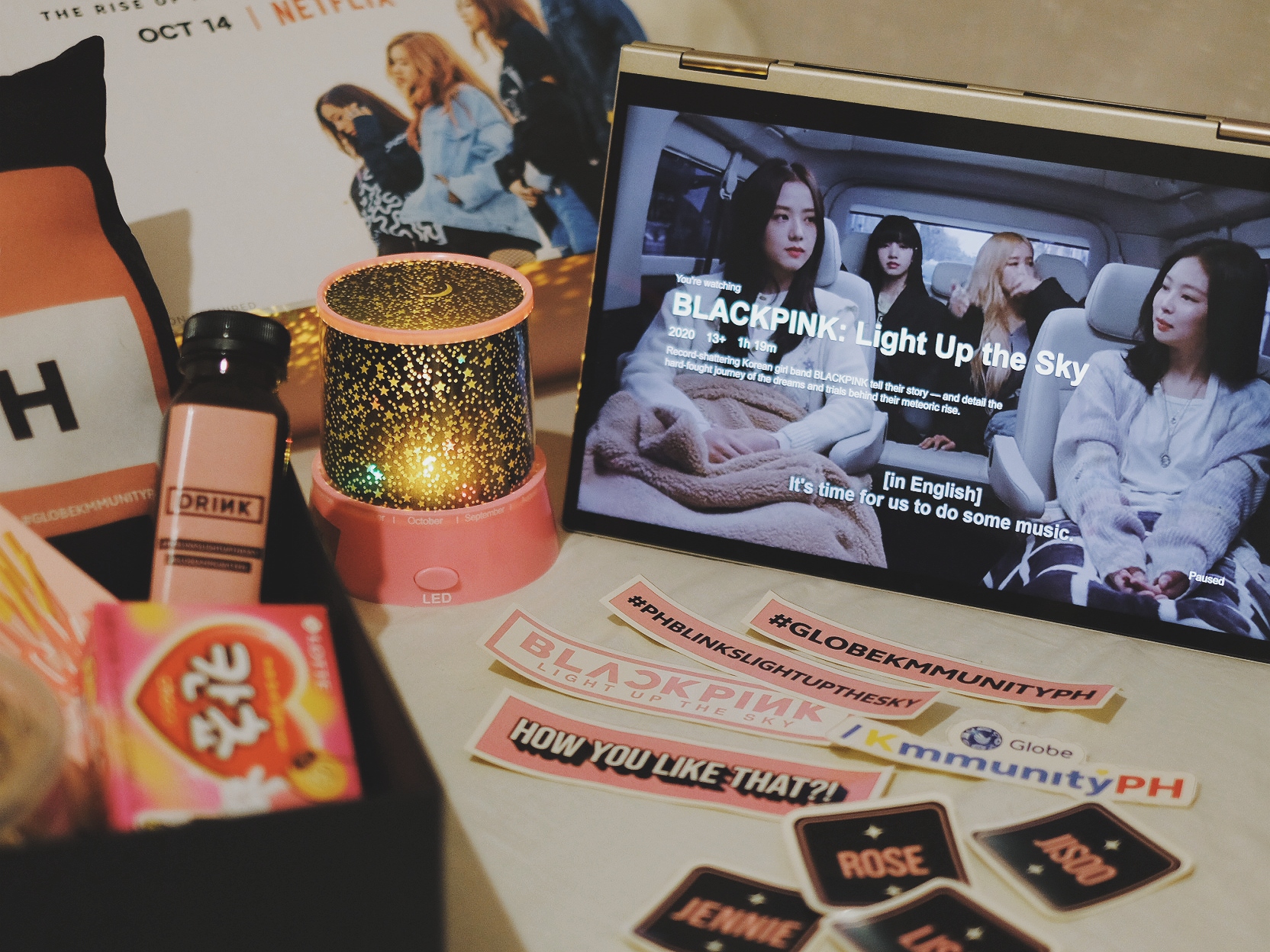 Directed by Caroline Suh (Netflix’s “Salt, Fat, Acid, Heat”), the documentary goes deep with each of BLACKPINK’s four members: Jisoo, the whip-smart unnie (“big sister”) of the group with a quirky sense of humor; Jennie, the rapper whose fierce onstage persona contrasts with her soft-spoken nature; Rosé, the dulcet-voiced Australian coming into her own as a singer- songwriter; and Lisa, the dancing queen whose spark plug personality never fails to make her bandmates laugh.
It is nice to see their journey, including home videos and backstage stories that show who the girls really are. Their dedication and hardwork are inspiring. Success truly is a combination of talent, skills, hardwork and social capita. 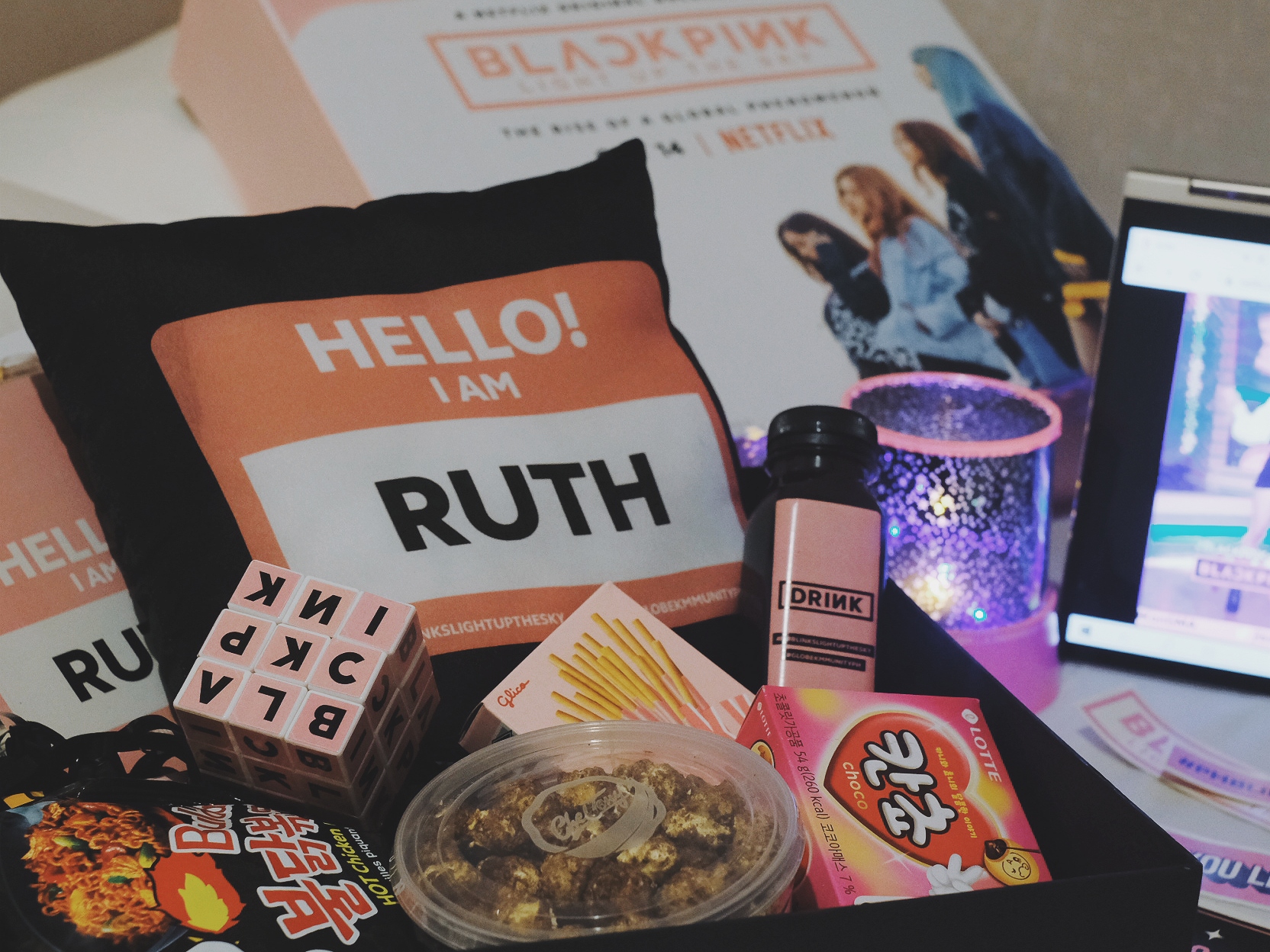 You can watch more of your favorite K-dramas, shows and movies on Netflix with your Globe postpaid plans and prepaid data pack subscriptions. Globe Postpaid customers can easily subscribe to Netflix together with their ThePlan subscription, while Globe at Home subscribers can stream their favorite shows with their Unli Plan 1899.
For Globe Prepaid subscribers, you can use data pack promos GoKorean10 Booster, and Globe at Home’s HomeWATCH199.
Who is your favorite BLACKPINK member?
Leave a comment