“Maalat daw ang hotdog ni Aljur” (“Aljur’s hotdog is salty”), my mom told me as soon as she opened the door coming from the market last Thursday morning. I asked her with a confused, “huh?“. She told me it was the headline of one of the tabloids she saw from the newspaper stand. She was quite irritated and being a 60-ish who values formality and conservatism, she said that that is something that should not be shared in public.

I told her the reporter must be referring to the new Healthilicious Century Tuna Hotdog endorsed by Aljur Abrenica. My mom laughed with humiliation, thinking the article was referring to a sexual encounter. Toinks.

We had this conversation the morning after I (Ruthilicious!) had attended the launching of Healthilicious Century Tuna Hotdog in Outback, Glorietta with the handsome Aljur Abrenica, and hosted by the sexilicious, Phoemela Baranda. 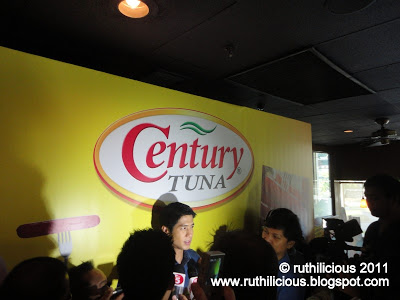 Century Tuna Healthilicious Hotdog is the first meal hotdog in the market, made of tuna. This makes me excited about the launching. When I was younger, hotdog was my favorite breakfast food – it should be “tender” and “juicy” the way I have known hotdog should be. But I grew older and got more informed about the risks of eating too much processed food, I have to switch to eating cereals and just occasionally poke those hotdogs.

Century Tuna (from the makers of my favorite hot and spicy tuna in oil!) brings us the healthilicious hotdog which is a good source of protein, omega 3DHA, and 0% trans fat. I guess it is perfect food for kids (and adults!). Moms need not worry about their kids’ health whenever they would toss those hotdogs in the frying pan. 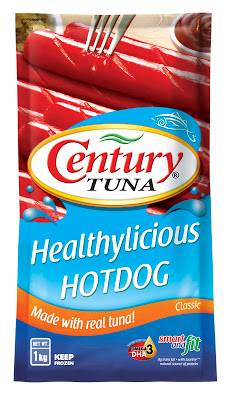 I was so excited to see Aljur simply because my nephew is a fan. There’s no denying that the Startruck Ultimate Hunk has then grew from being a cutie to a hunk-y! I didn’t watch Machete, but the teasers made me say “wow ha!” . I never know we would be given a chance to actually meet him, and to have our pics taken with him after the launch. He’s so nice and adorable. 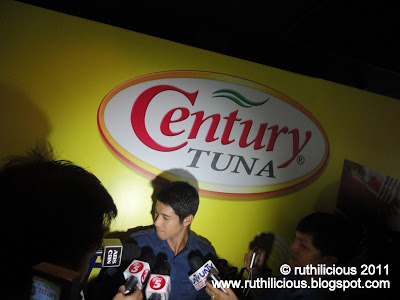 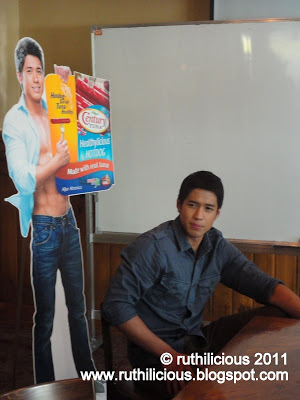 Probably the good mood radiates from within -as healthy food passes through inside those abs! 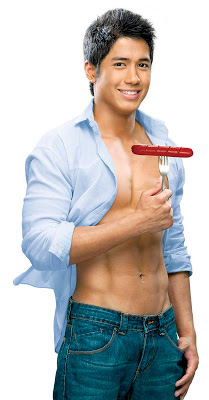