I Never Knew That About Quezon City 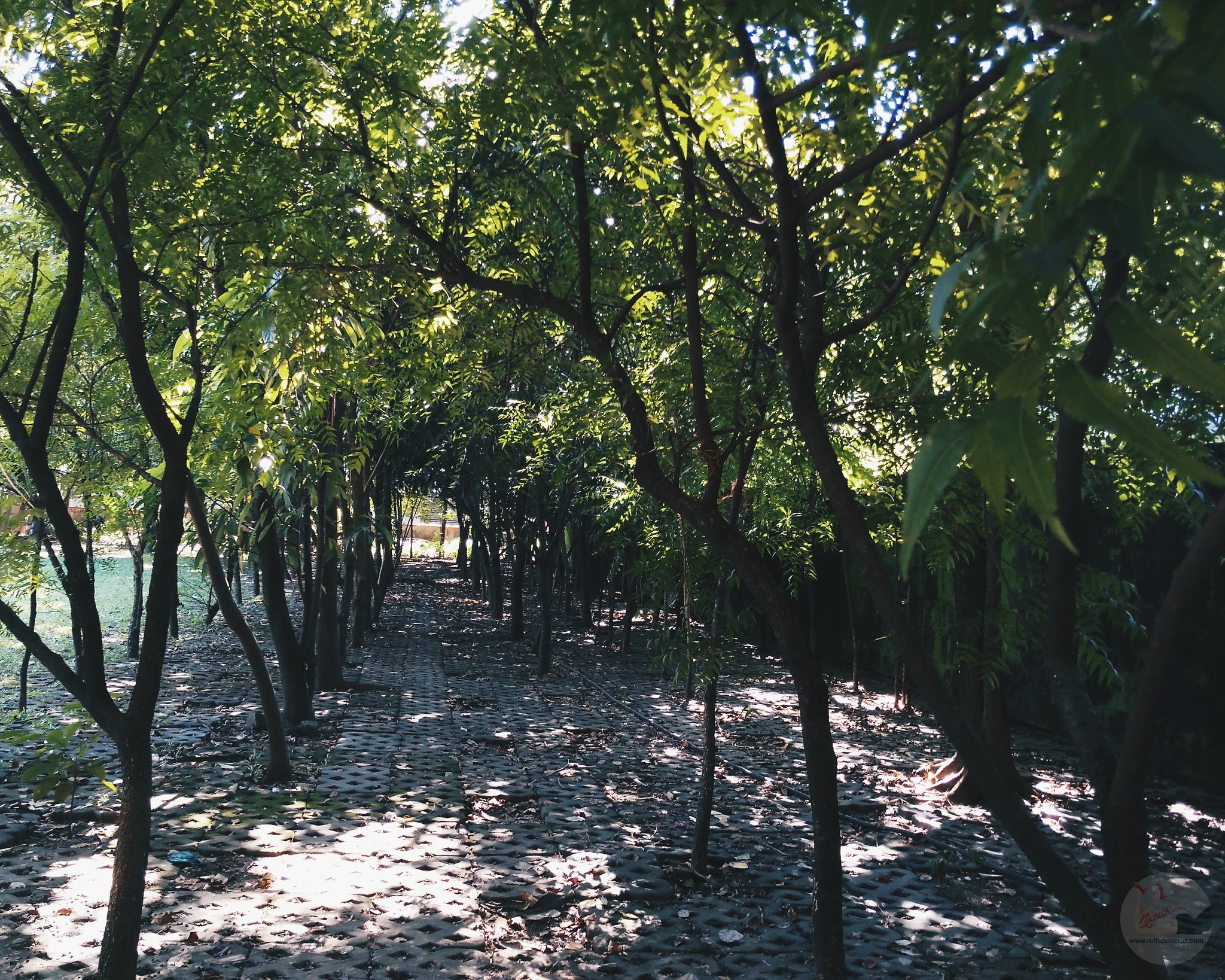 Quezon City is like a second home to me. I say second home because I think I spent more time in Quezon City compared to other cities in Metro Manila.
But there are bazillion things I never knew about Quezon City…
I worked in Tomas Morato for 1.5 years, UP Ayala for 3 years, and Eastwood for 2 years. We love dining in restaurants in Tomas Morato and Timog Area. I feel that I can go around Quezon City in public transportation and I don’t have issues with that. I feel that Quezon Ave is easiest way for me to go home.
There are, however,  places that I haven’t explored in the biggest city in Metro Manila with 161 sq km and 142 barangays. Thankfully, the people from Quezon City and #QCBlogventure team toured us around to different spots in Quezon City.
The event was in accordance to Quezon City’s 75th Anniversary. I was feeling a bit sick after a crazy week, but I just couldn’t pass the time to join the team.
Bloggers were grouped and we named ours #PangkatKyooti (pangkat which means group in Tagalog and Kyooti – like QC for Quezon City when spoken like a baby – or simply we are cuties!). 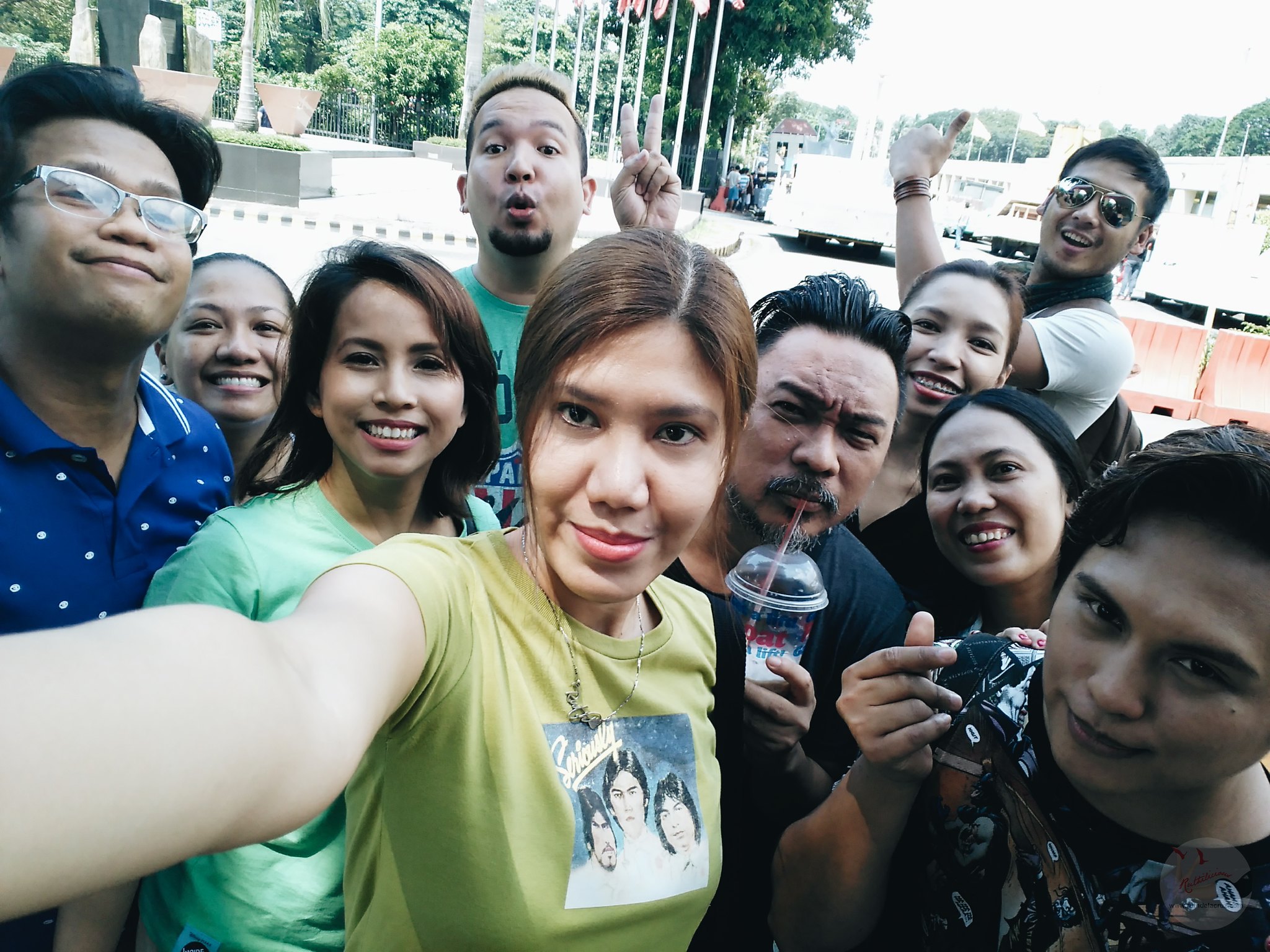 Our first stop was in Eton Centris.  I heard about this place so many times and I have been here twice – BUT, I never got the chance to really go around or even get near those amazing spaceship-eque structures. It was a pleasant surprise to find out that the place is a favorite spot for shooting for TV shows and movies.  The plan for the site is to provide a seamless new architecture in the city offering residential spaces, office blocks and leisure and entertainment destinations.
It was funny that when we started taking pictures, people in the park started looking at us with weird expression. Being the crazy me, I started filming and vlogging and talked in a different language. That’s how typical tourist does it! Haha 🙂 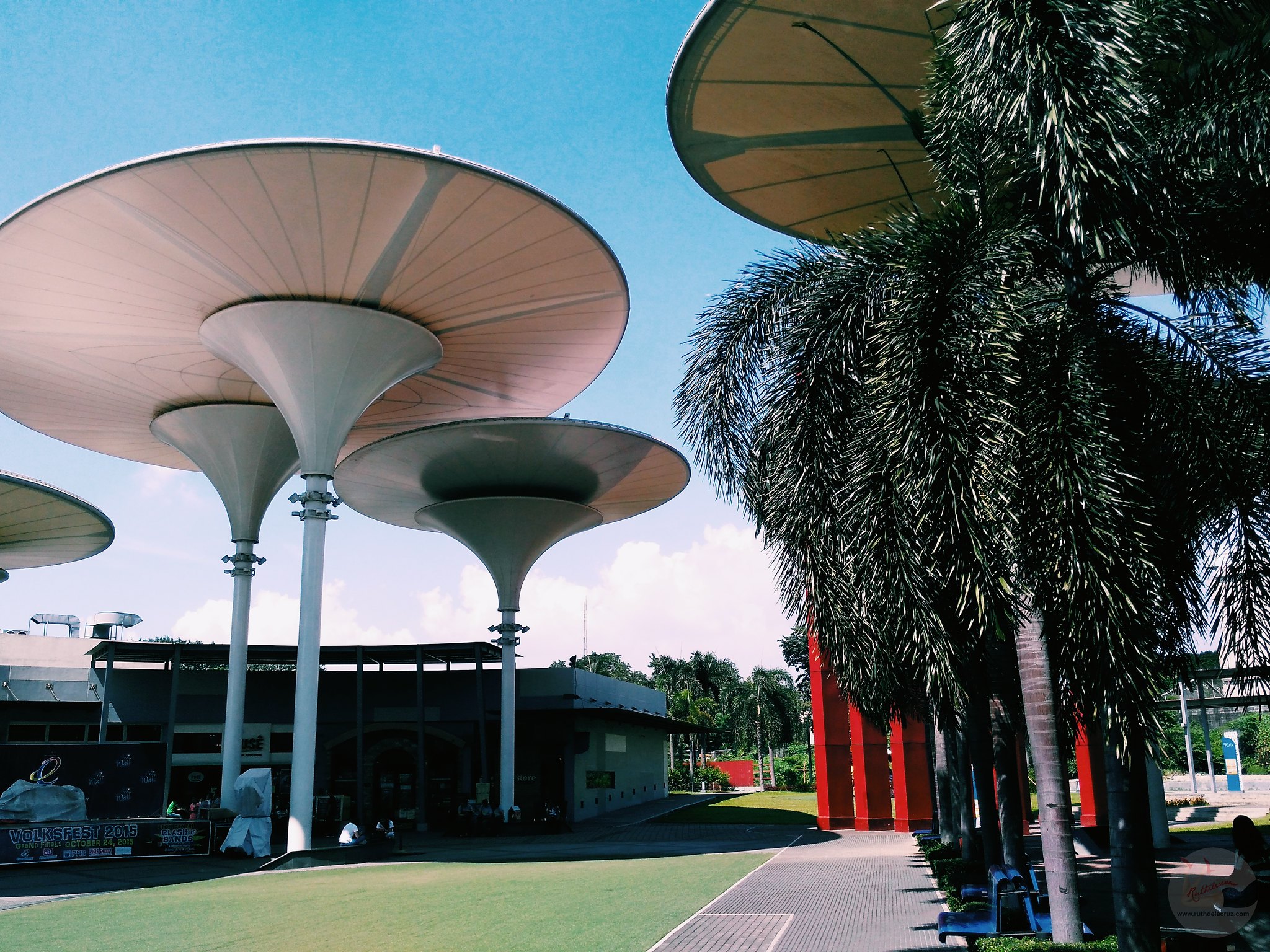 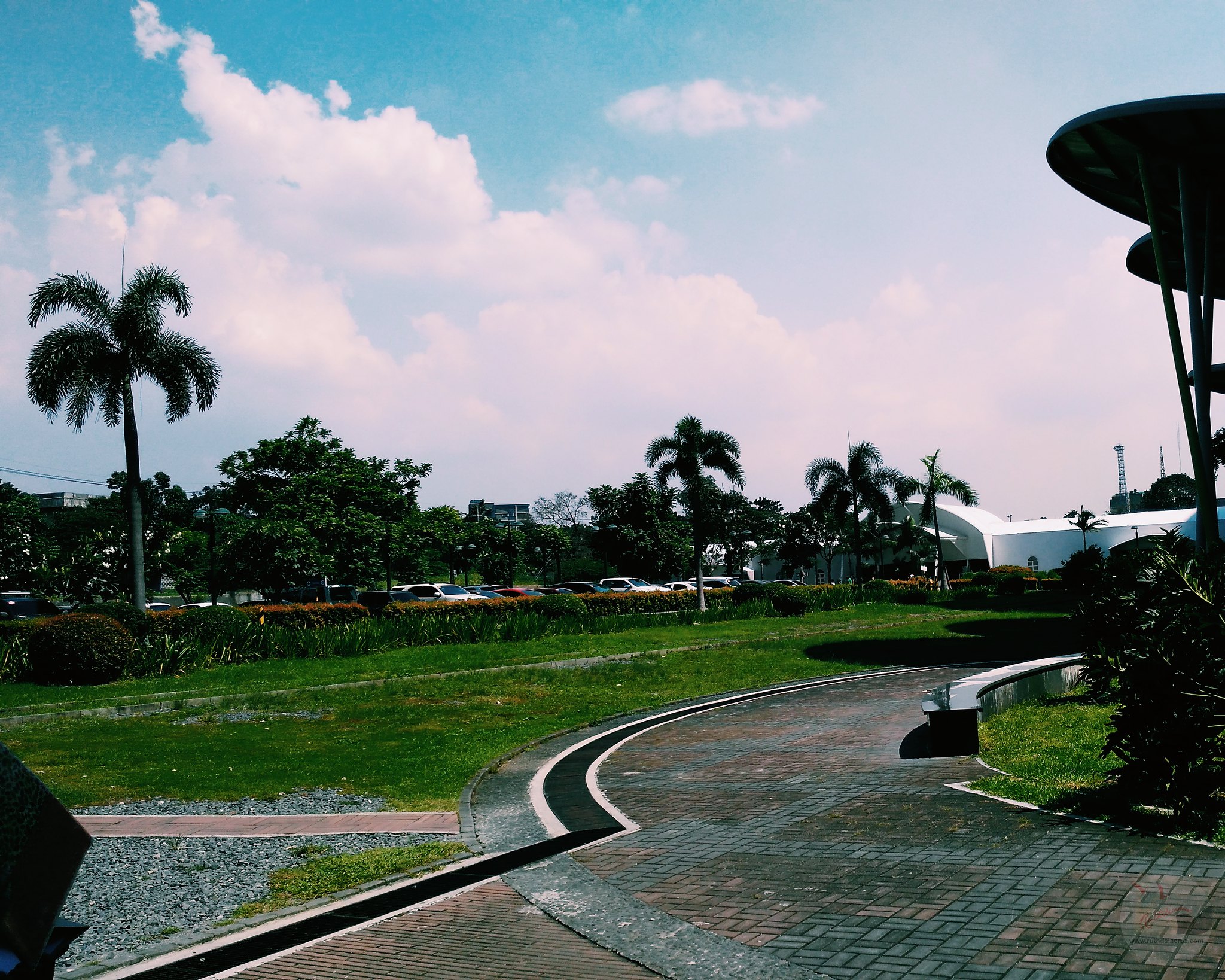 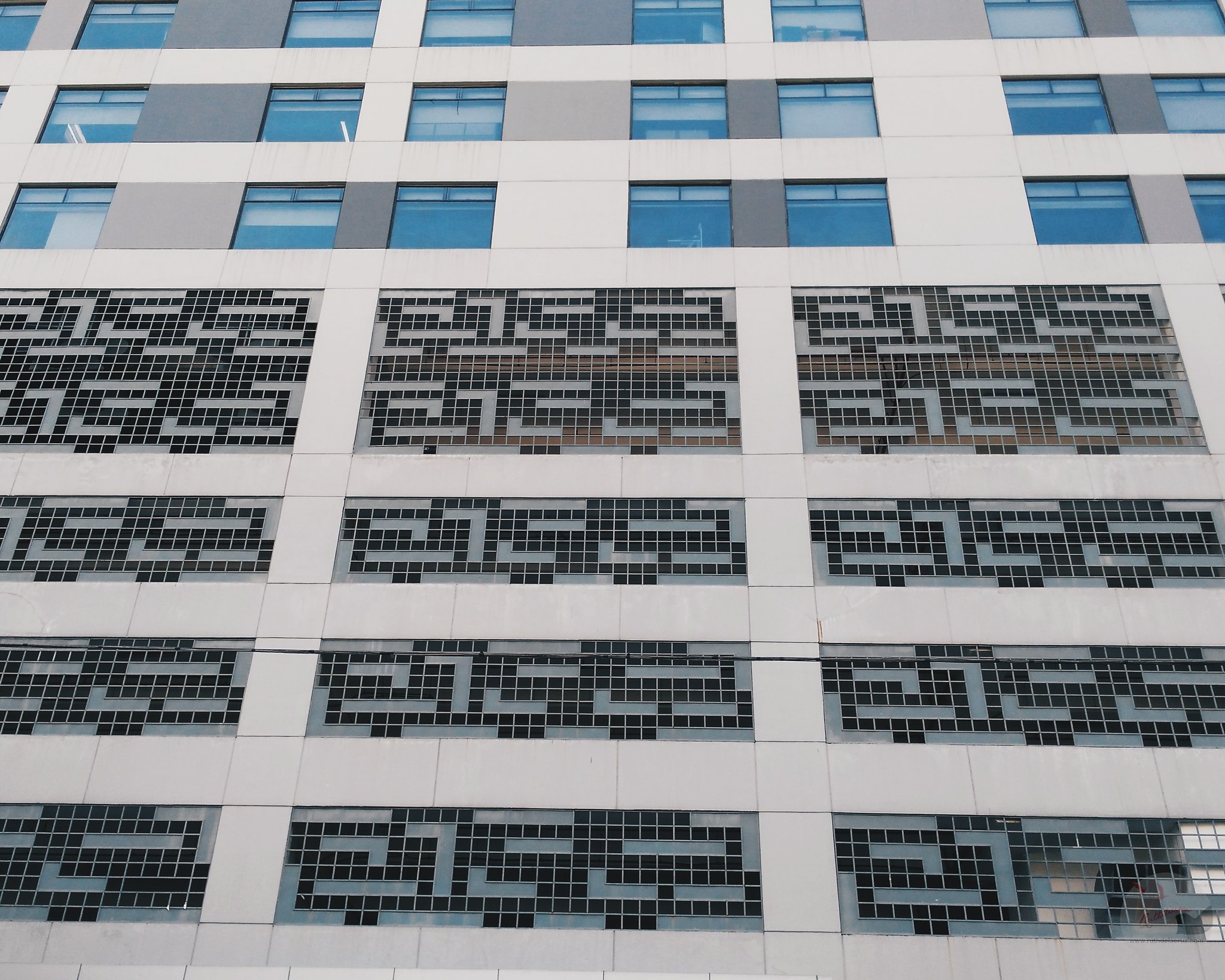 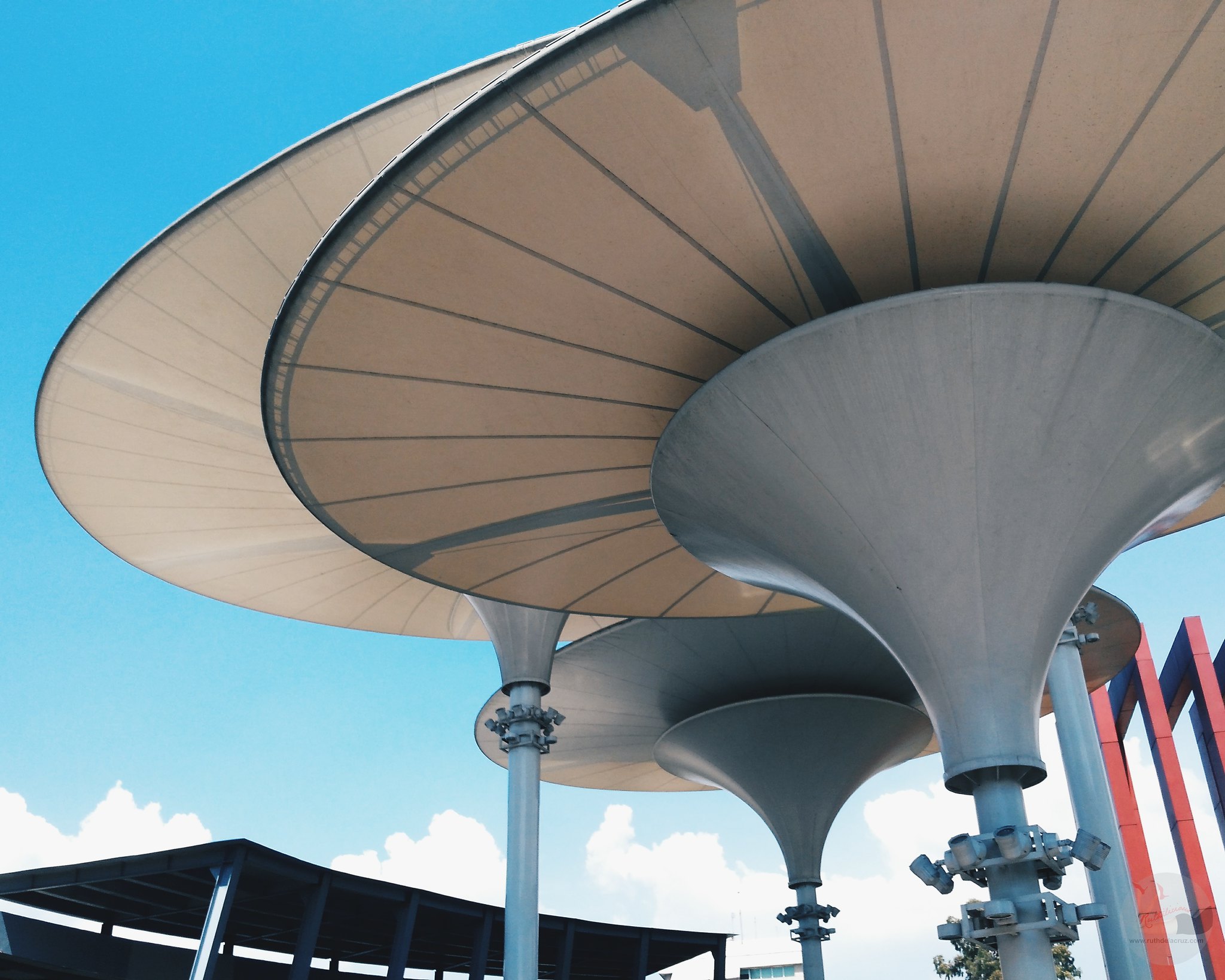 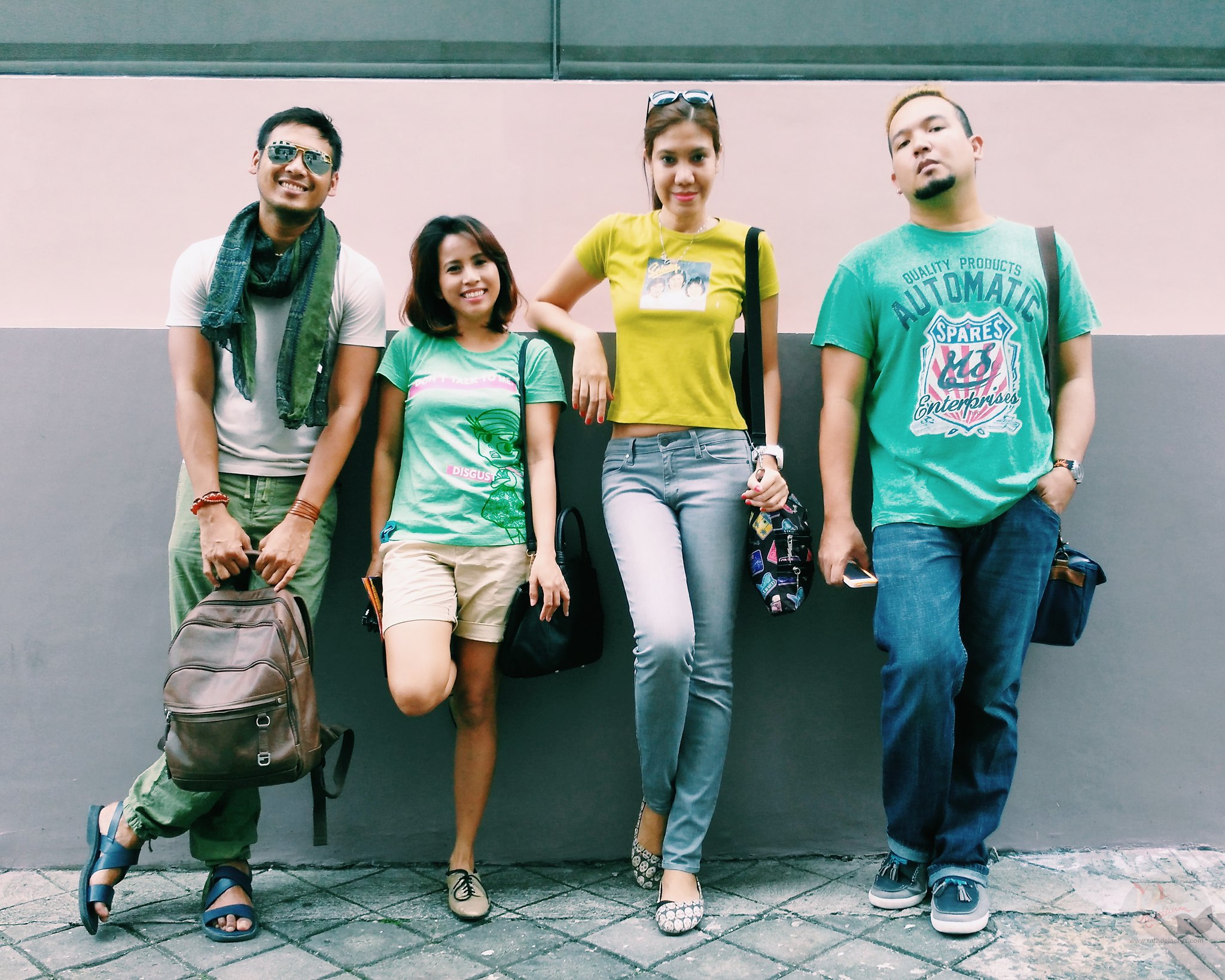 #TeamSuspects supports the Great Green and Growing!
Those spaceship like displays are actually made of light-weight materials and have lights that turn into different colors at night.
I think it is a very good spot and destination for the working class as it is accessible from people coming in the North and South via MRT, and those coming in Fairview and Manila too. Families can enjoy various entertainment offerings. There’s even an events hall called Elements where companies or private groups can rent for parties and gatherings. I had been to Elements last week and I love the spacious floor plan and ample parking space.
For lunch, we had our fix at Pancake House!
Yum. Love the Pancake House’s sooo meaty spaghetti! 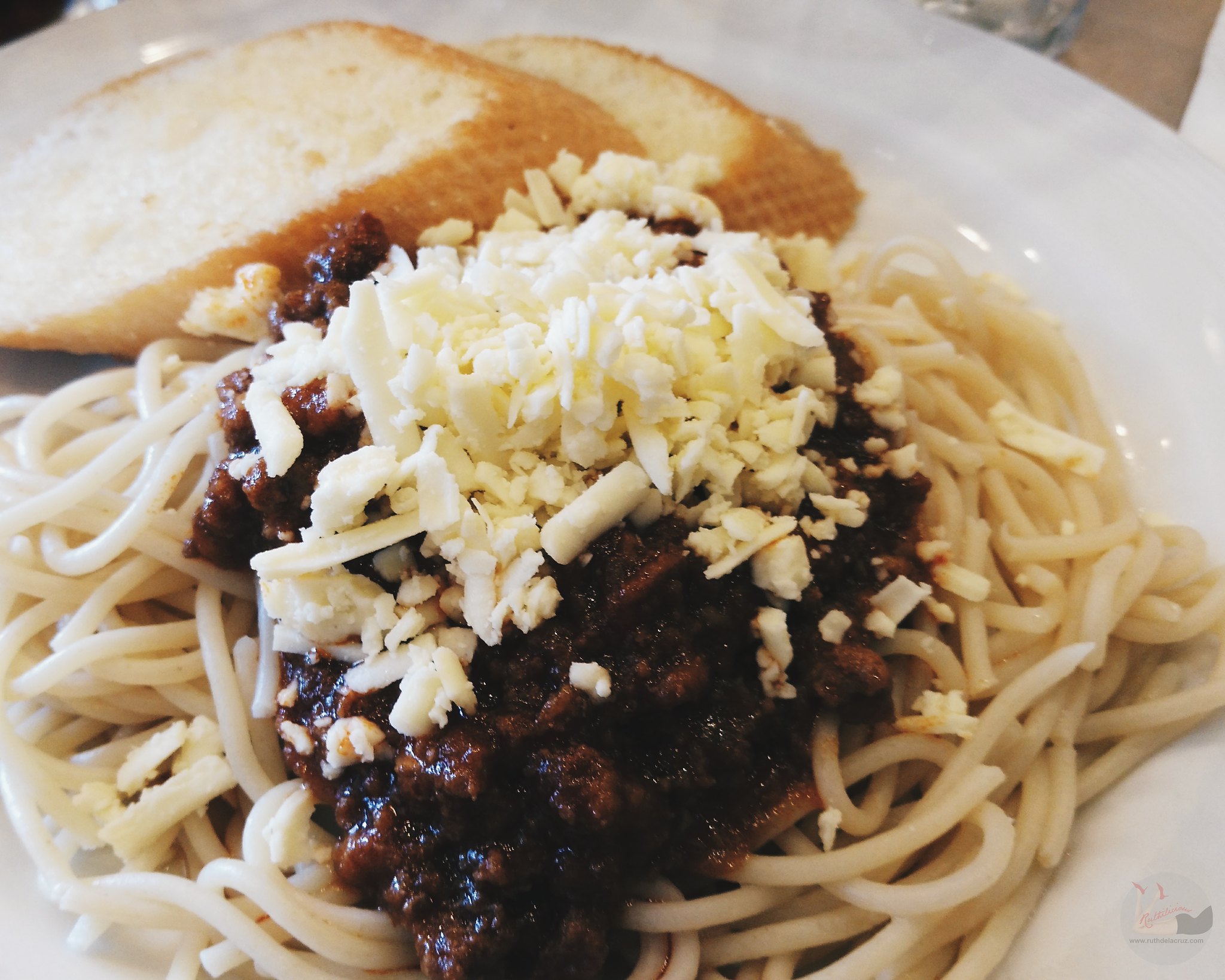 Carbo-overload for the next destination…

Bantayog ng mga Bayani
After lunch, a quick drive and turn, we spent our time inside the Bantayog ng mga Bayani.
I didn’t know this place exists. If not for this tour, I wouldn’t know that there’s a hidden headquarter in Quezon City where  heroes and their fights were celebrated.
Inside the park is a Wall of Remembrance – a black granite wall where you can see names of heroes who fought against dictatorship. 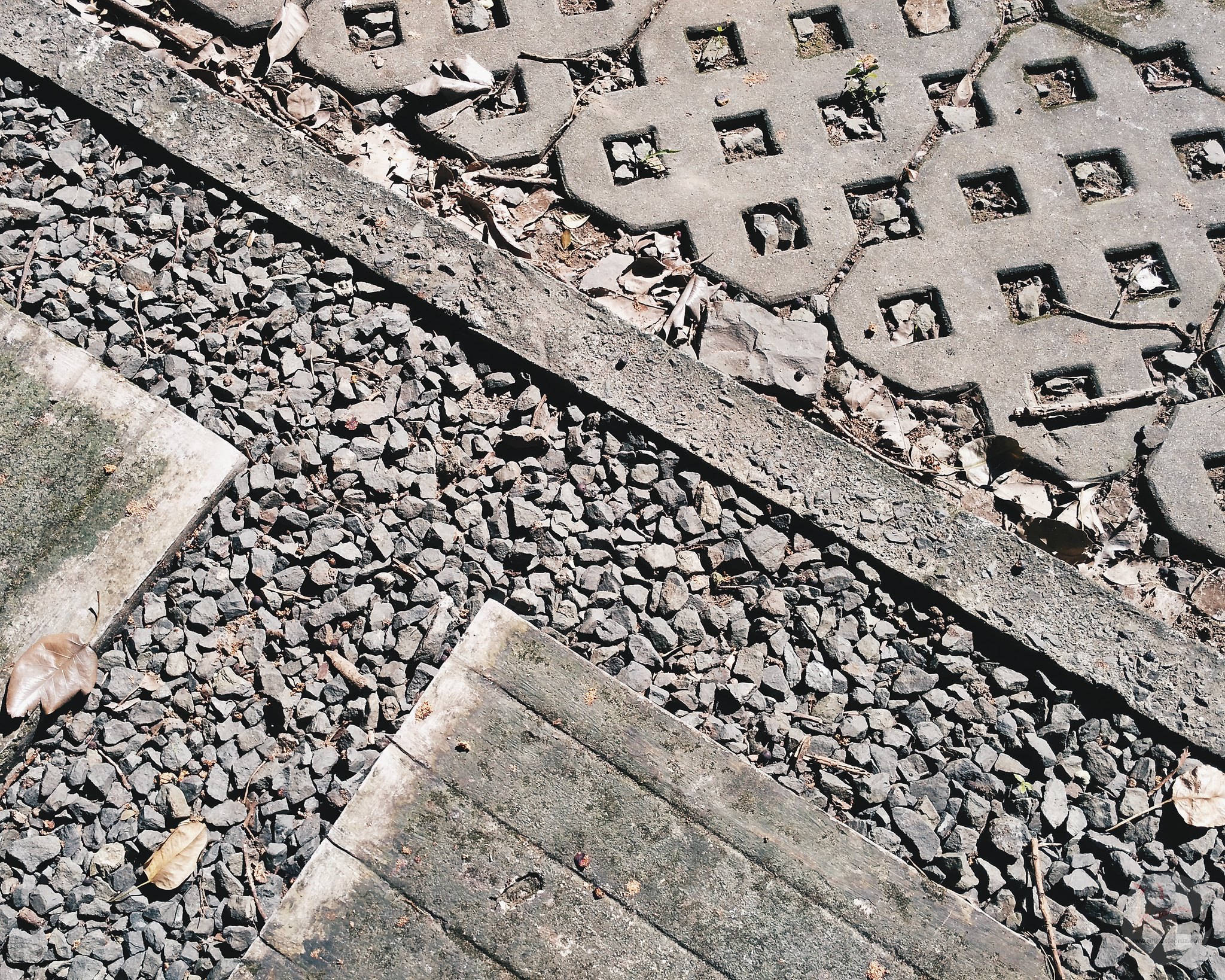 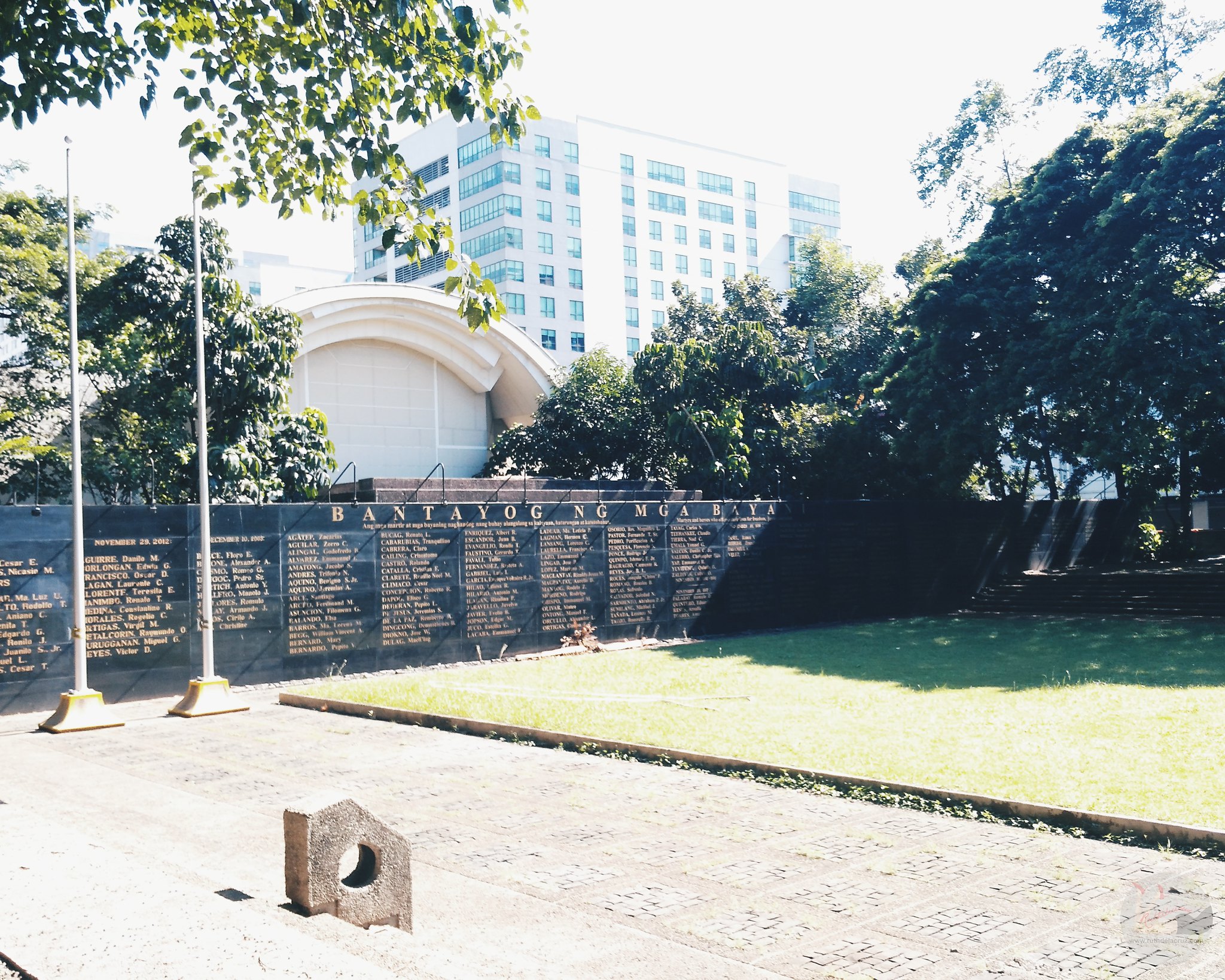 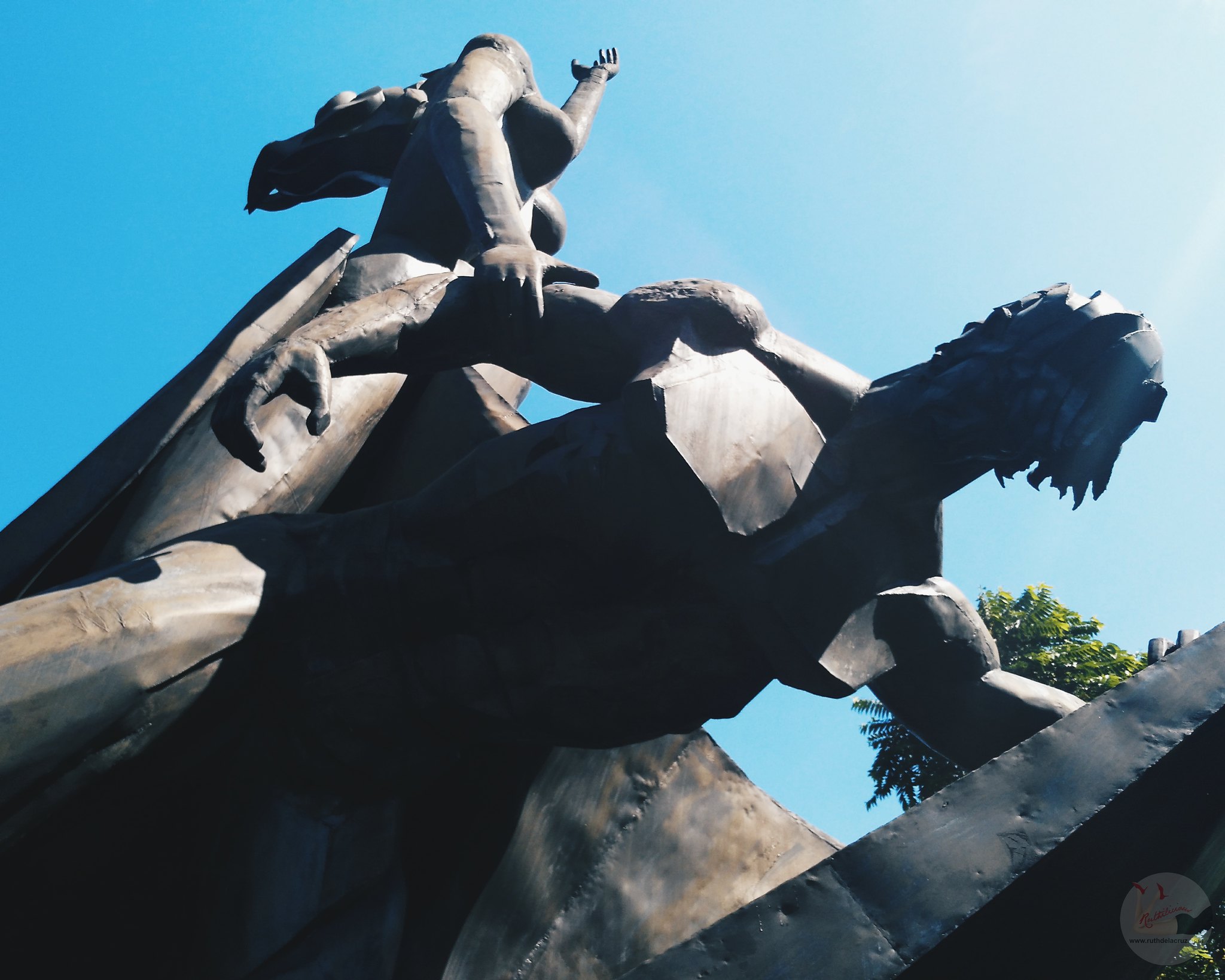 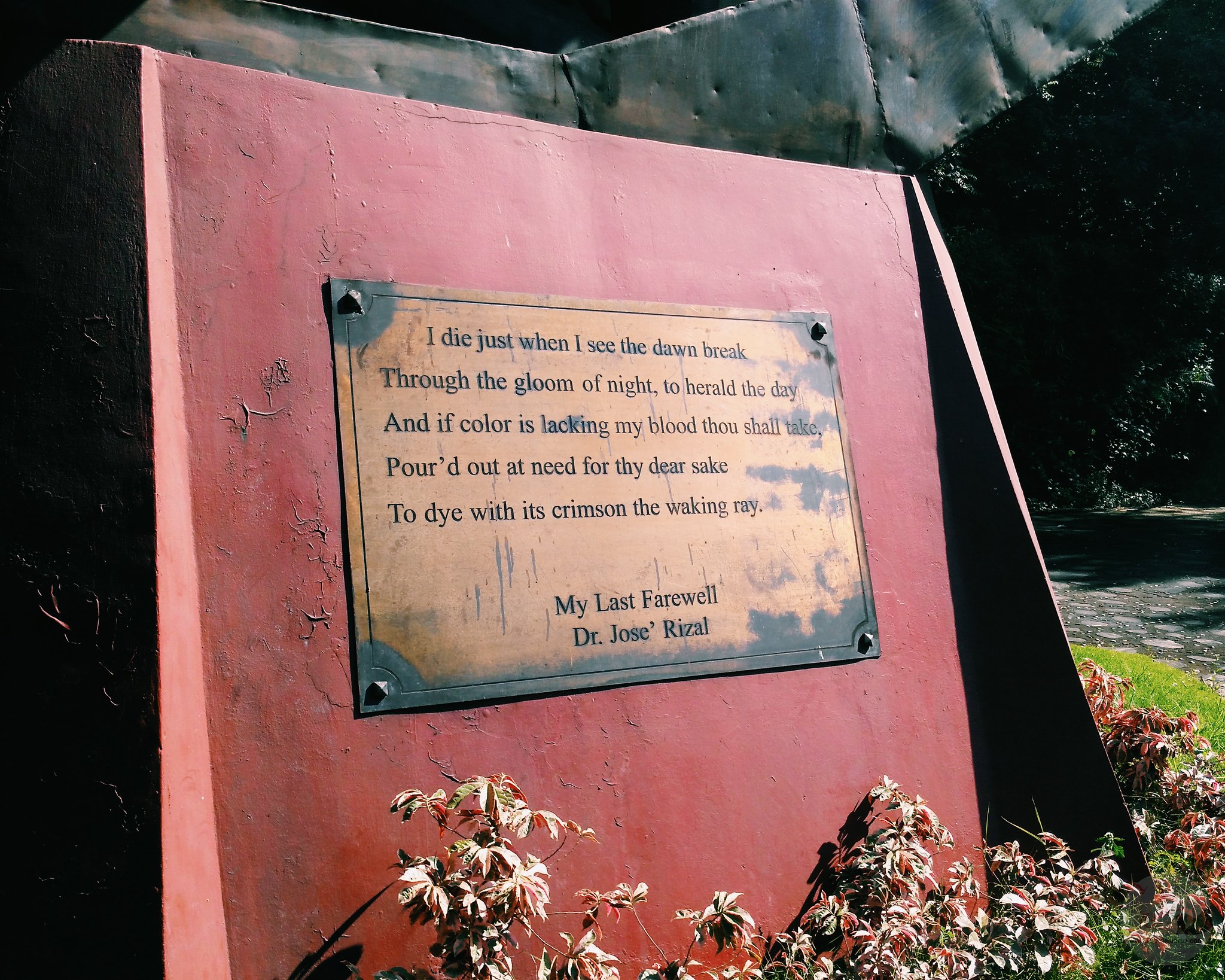 The very famous monument and sculpture of a woman helping a man stand up is also located inside the park.
Tip: the park makes a good OOTD place in Quezon City 🙂
Inside the headquarters, we got to see murals, paintings and art work which represented the fight against the dictatorship. 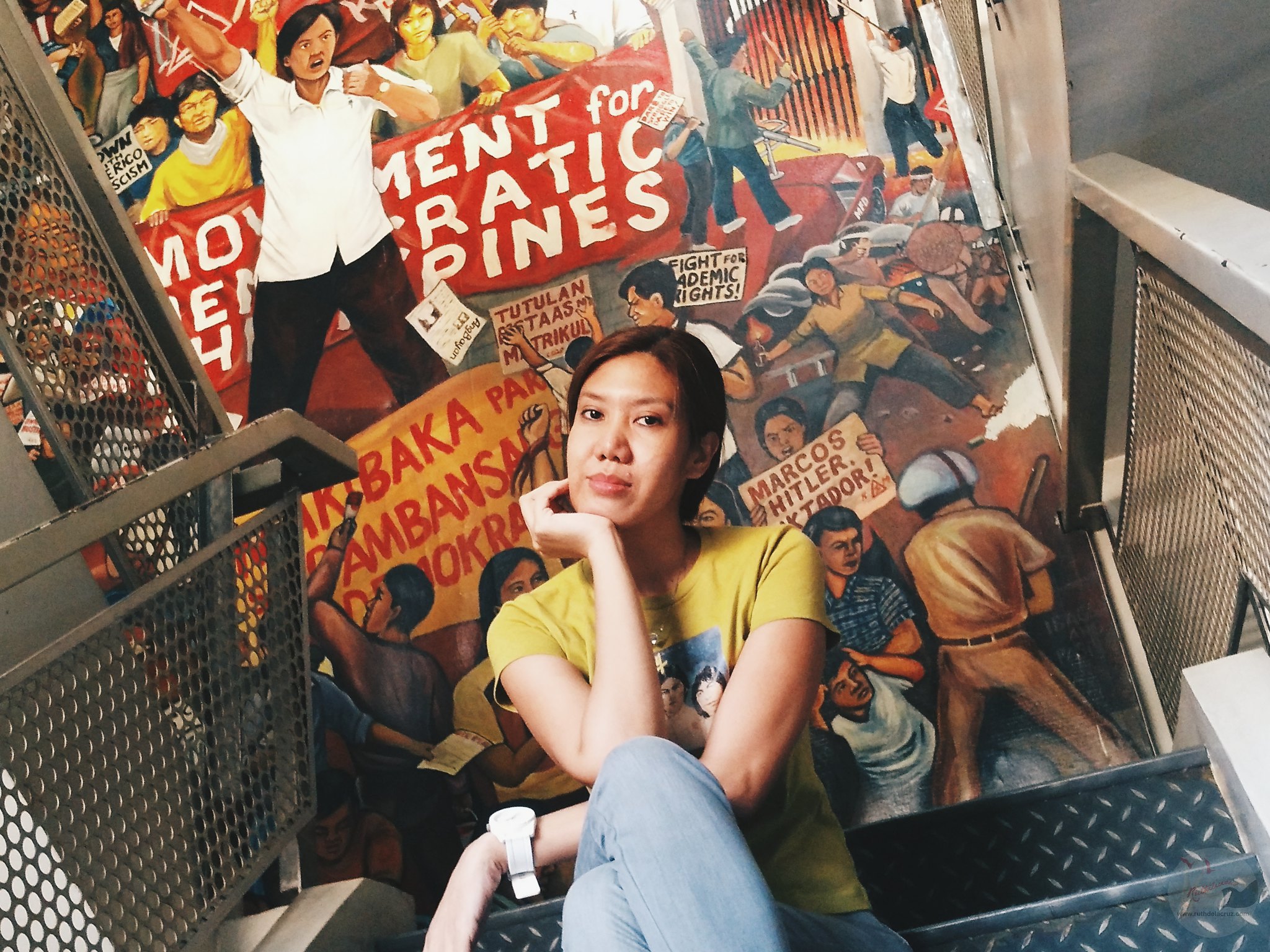 The second floor houses the Museo ng Bantayog where you can see clippings, news and materials that were gathered during Martial Law. It was interesting to read and see these pieces of information, more so to listen to the people who takes care of this headquarter. It was like a part of the history that I partly knew.  There is also a Hall of Remembrance where heroes’ names were listed including their picture and contribution. 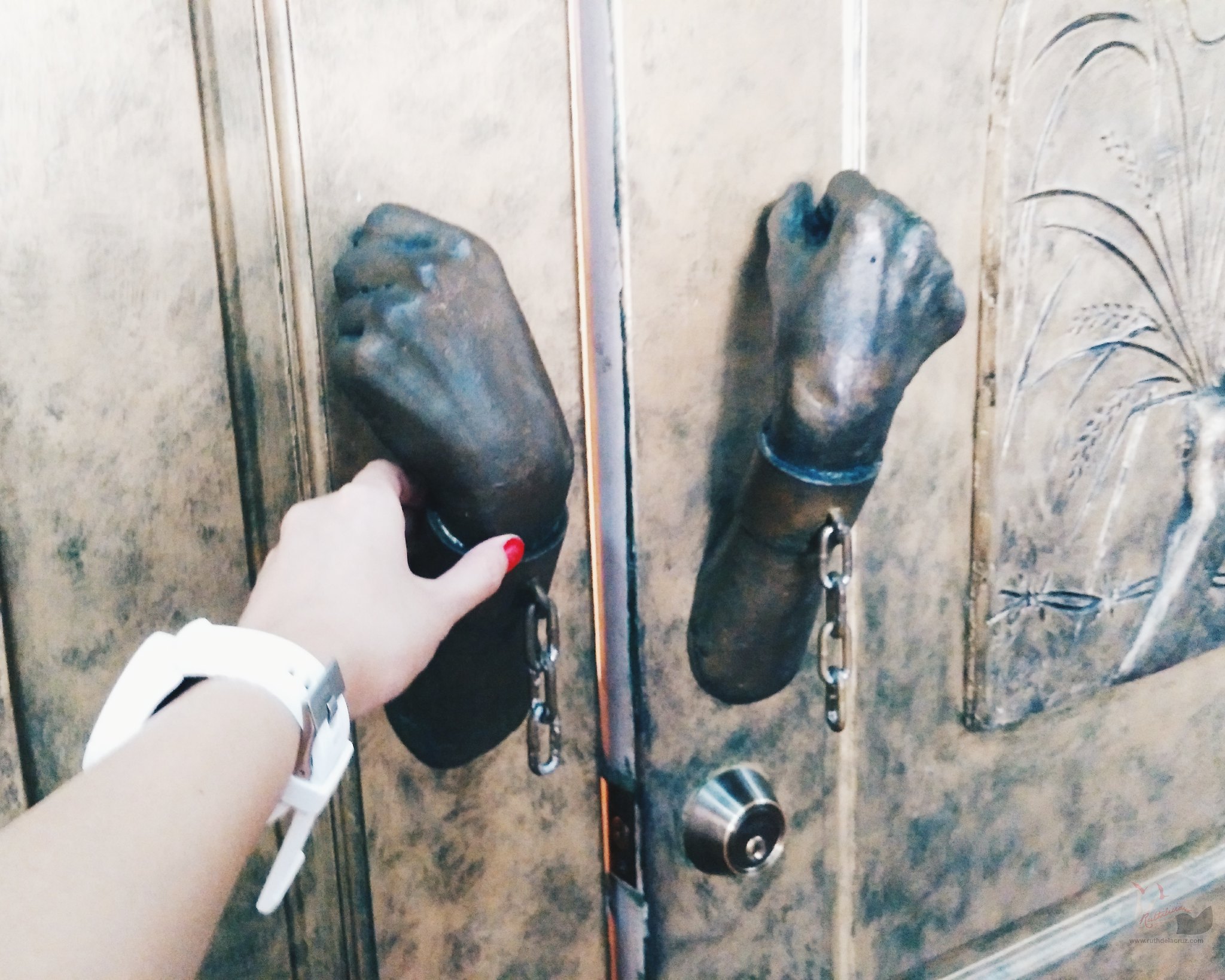 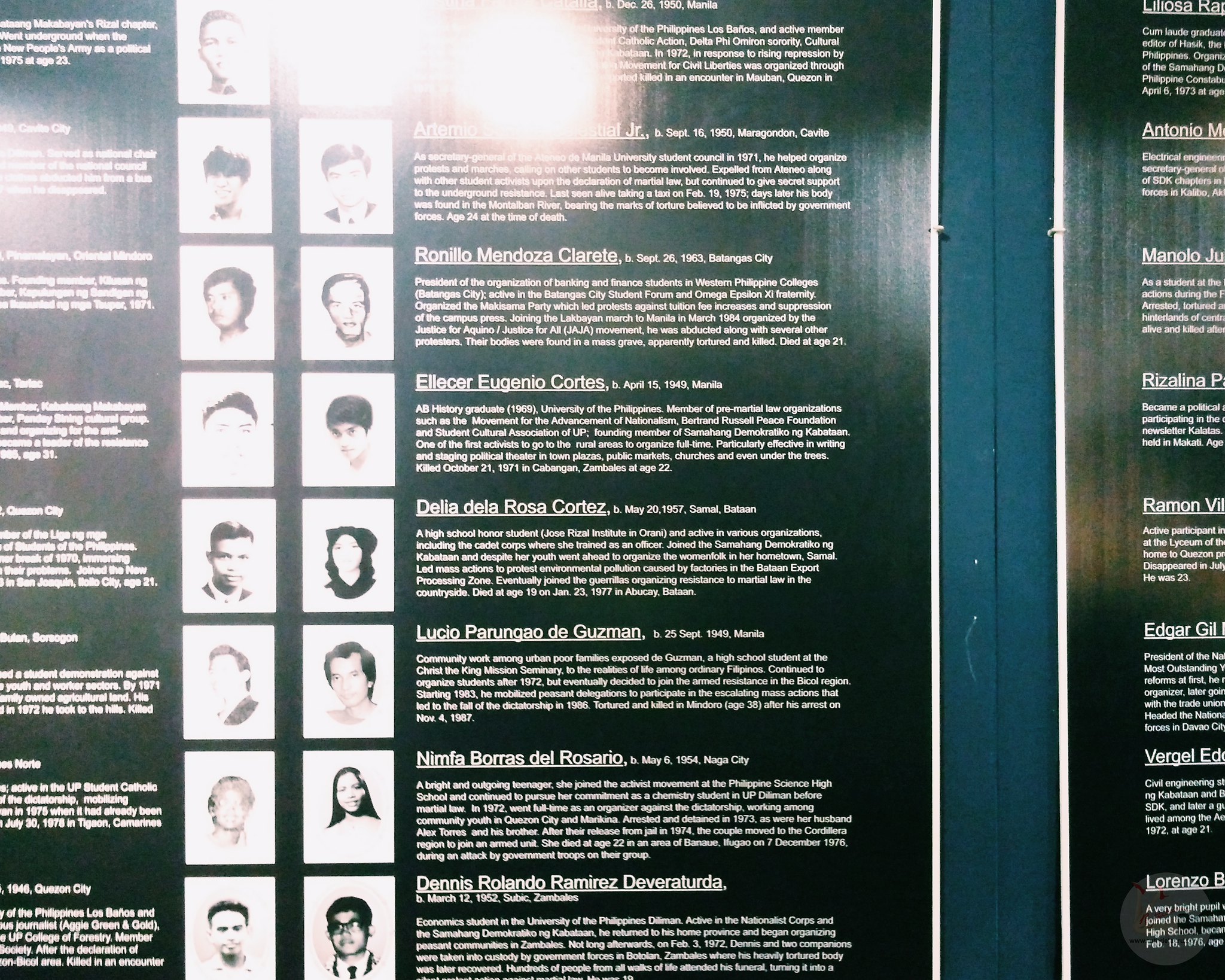 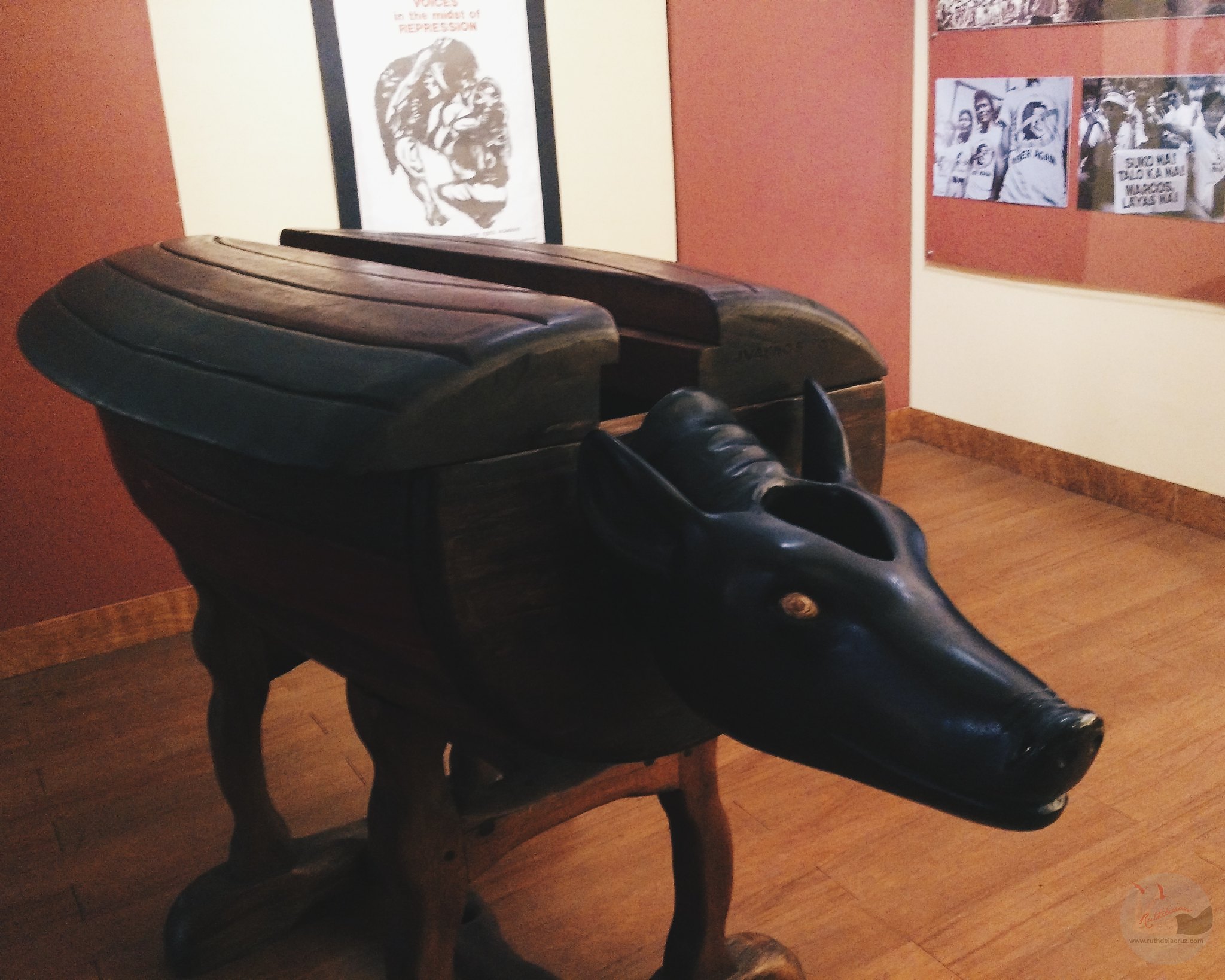 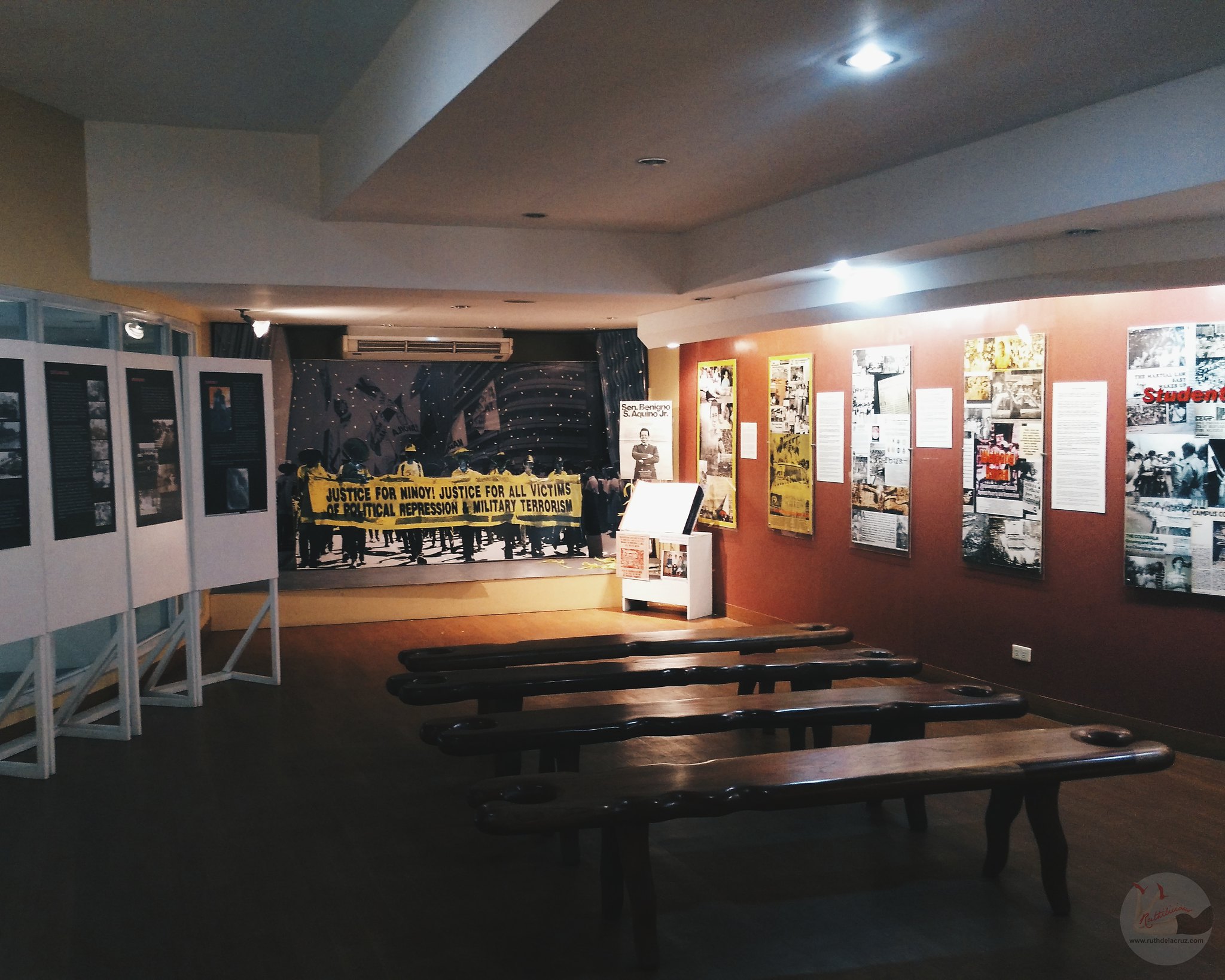 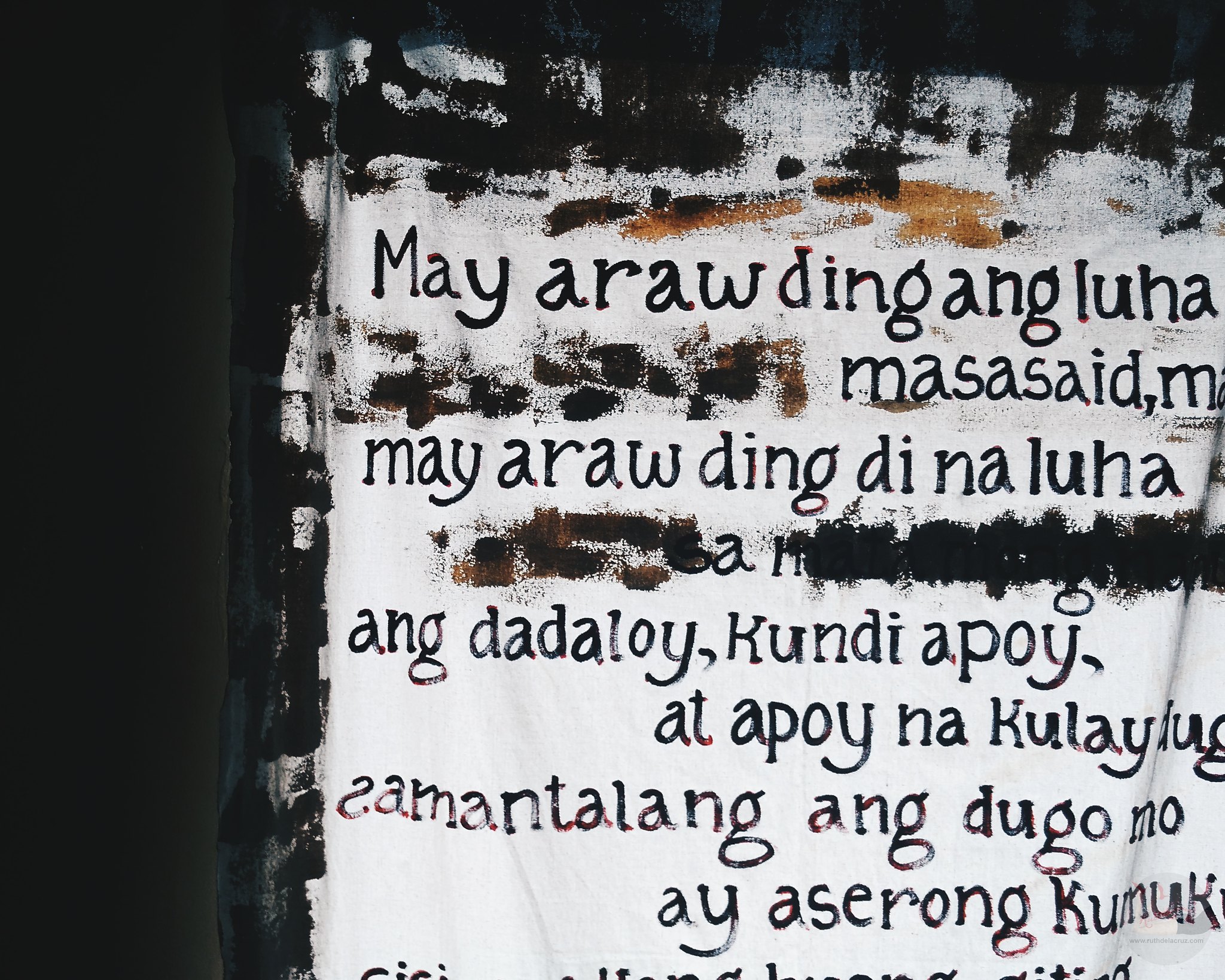 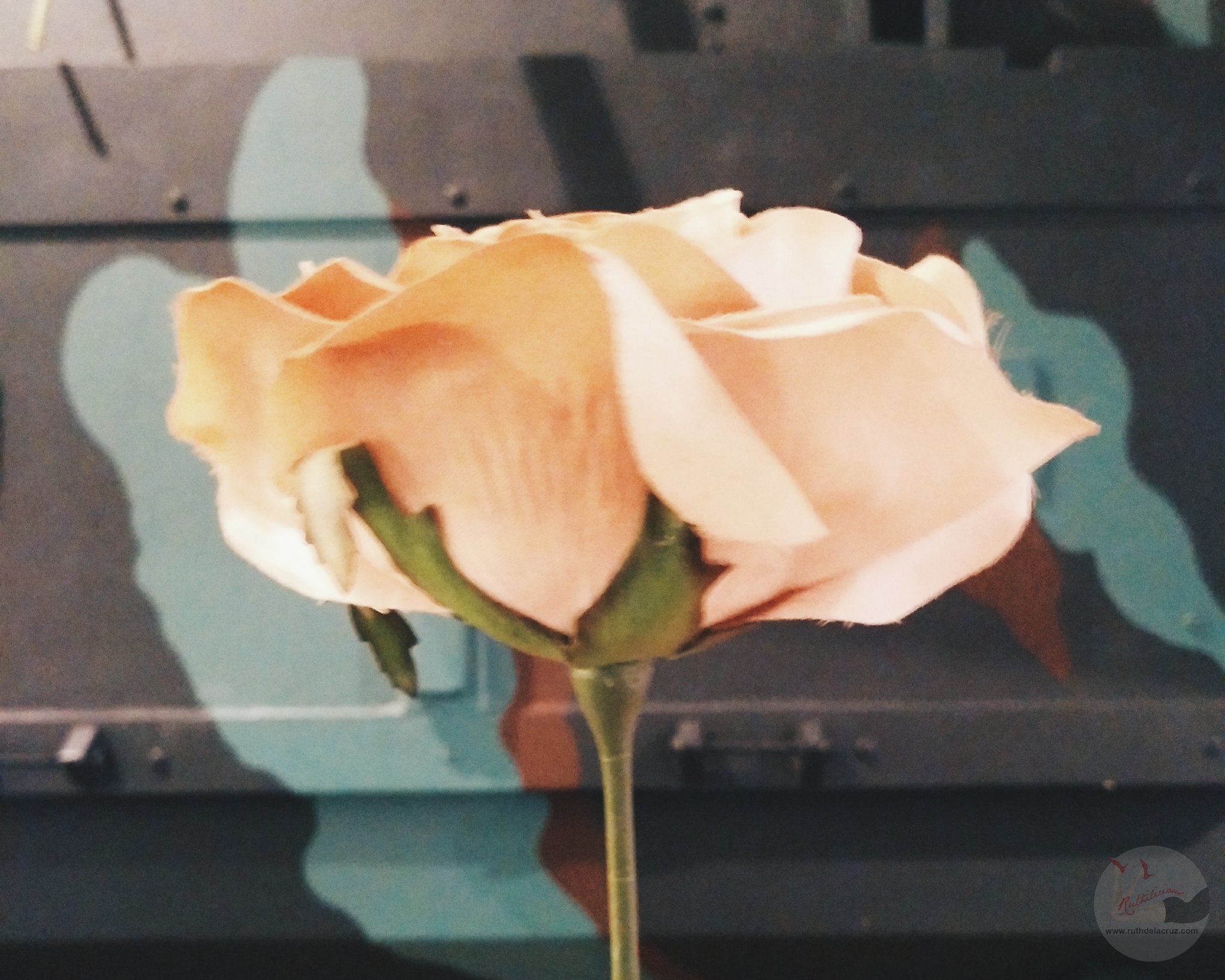 Someone gave me plastic flower before he left.
Of course, this is from the tank display that symbolizes the EDSA revolution. 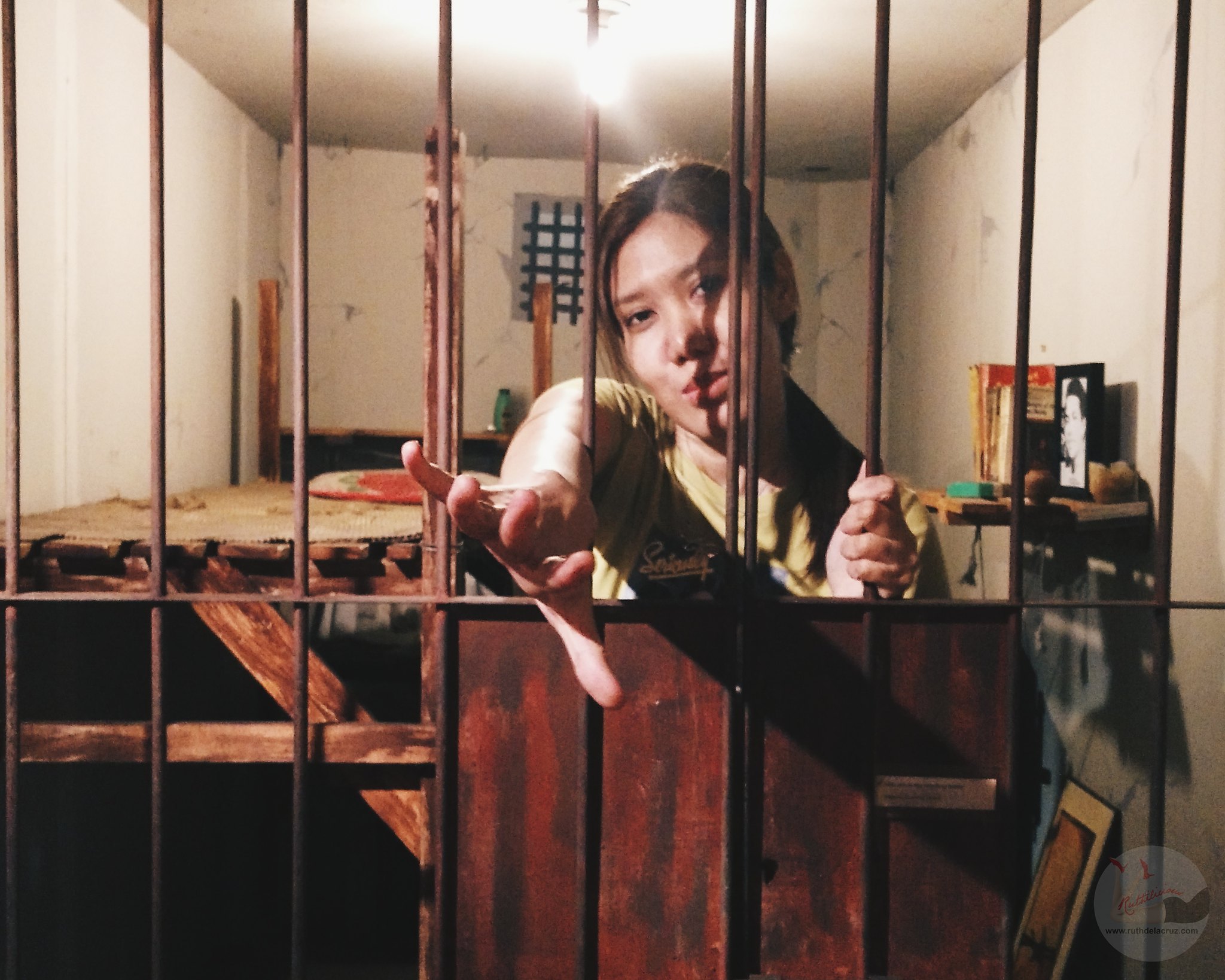 A make-shift cell inside the Bantayog ng mga Bayani.
They say that people – as many as 10 – were jailed inside this small prison cell.

Bantayog ng mga Bayani is open from Mondays to Fridays: 8:00 am to 5:00 pm and on Saturdays (by appointment). Group tours must be arranged 3 days prior. Visit www.bantayog.org.

Our last stop for the tour is Banaue. Banaue is a popular place for auto and car repairs and food spotting! En route to Banaue, we talked about history and the things that molded the places in the Metro.
Intramuros was solely under Spanish people and the Chinese group has no place to stay in. So they decided to build small businesses in Binondo and Banaue. Thus, there are called “Chinatown” both in Manila and Quezon City. 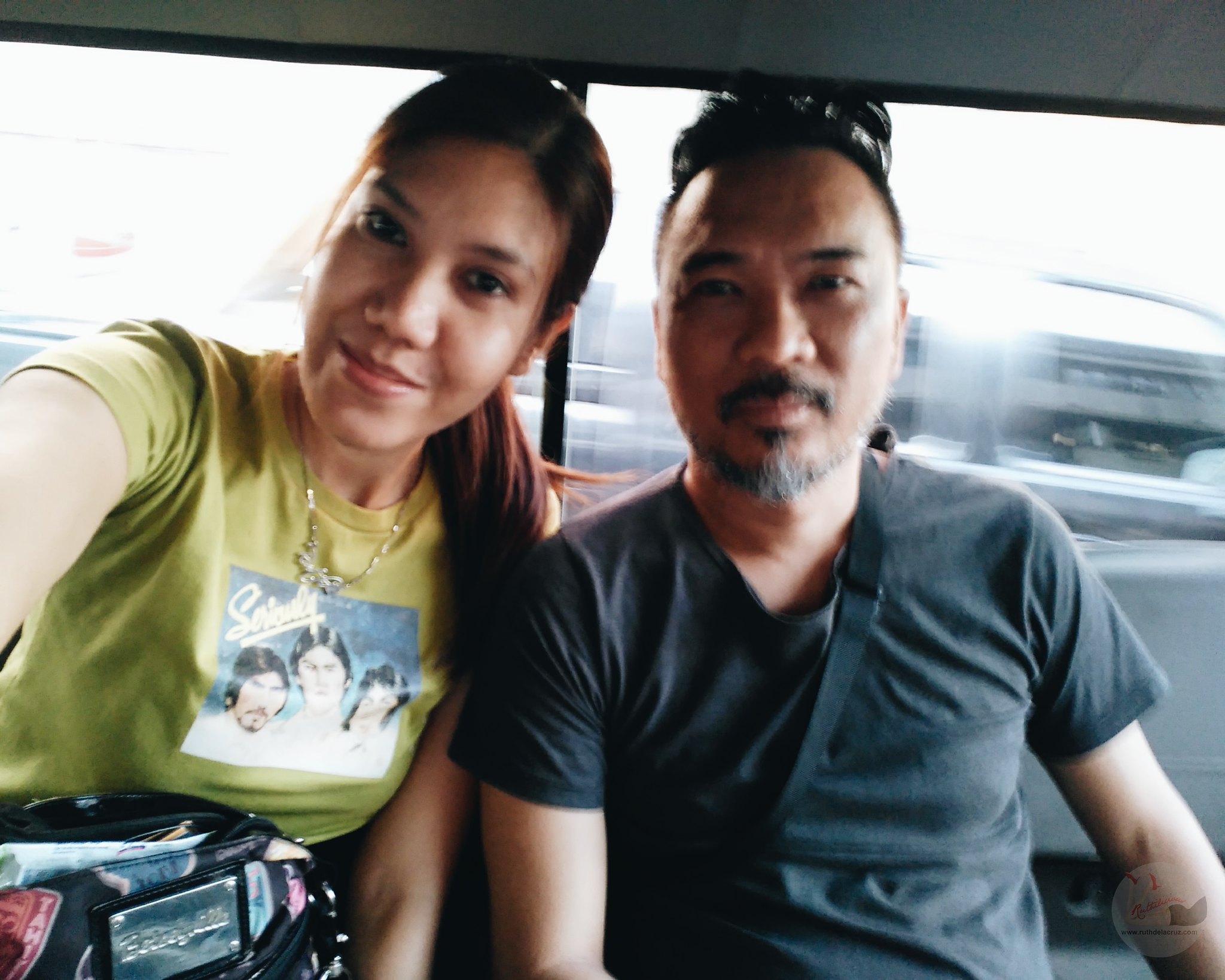 O
Never take a pic inside a moving vehicle. It is bad for your angle 🙂
with Enzo of Juan Manila.
One of my few trusted friends in the blogging community.
Visit his blog.
I enjoyed the conversations and trivia aka history chismis that made our short tour even more interesting. Marco Demo who is major in History also shared interesting history tidbits that one cannot read in books.
We roamed around and found the perfect spot which was suggested by #KikaysiKat.
Welcome to Eat Fresh! It is an HongKong Style Noodle and Dimsum House in Maria Clara (yup, still within the boundaries of Quezon City!). 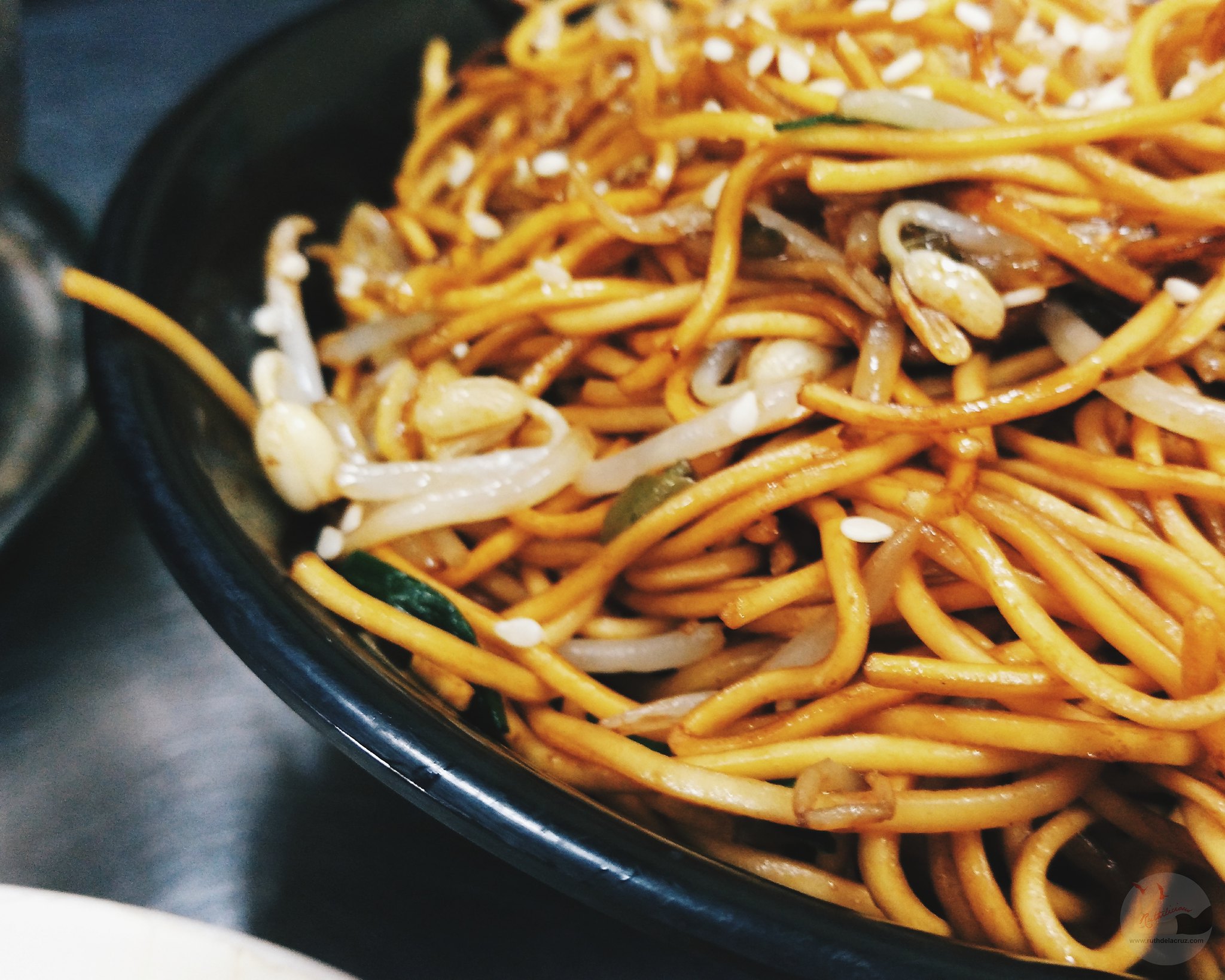 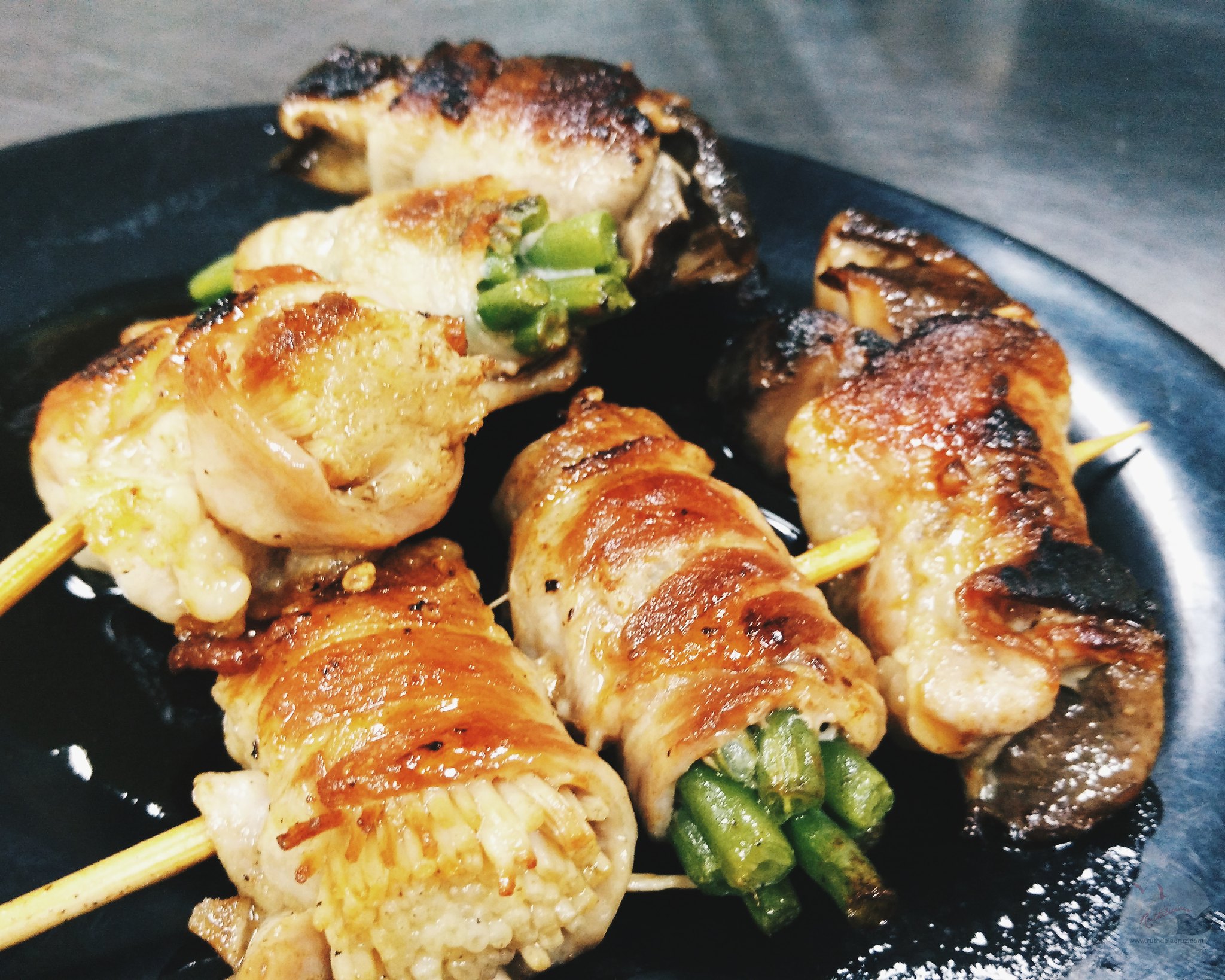 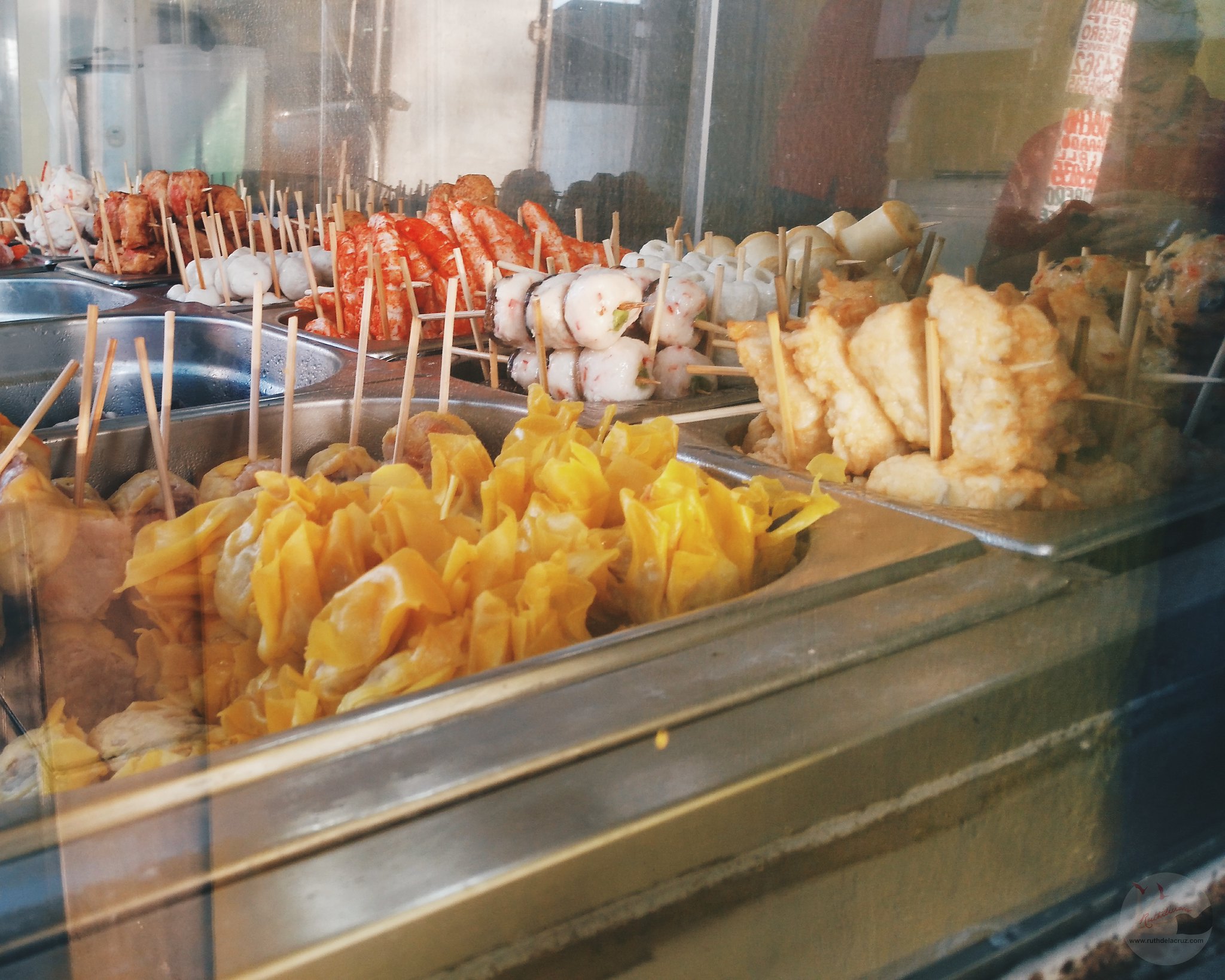 Our spread!
Laksa, Beef Noodles, Special Squidballs, Bacon-wrapped Asparagus, Siomai
Crispy Noodles, and Spareribs!
Everything is so affordable (Beef Noodles is only Php 165!) and is for sharing. 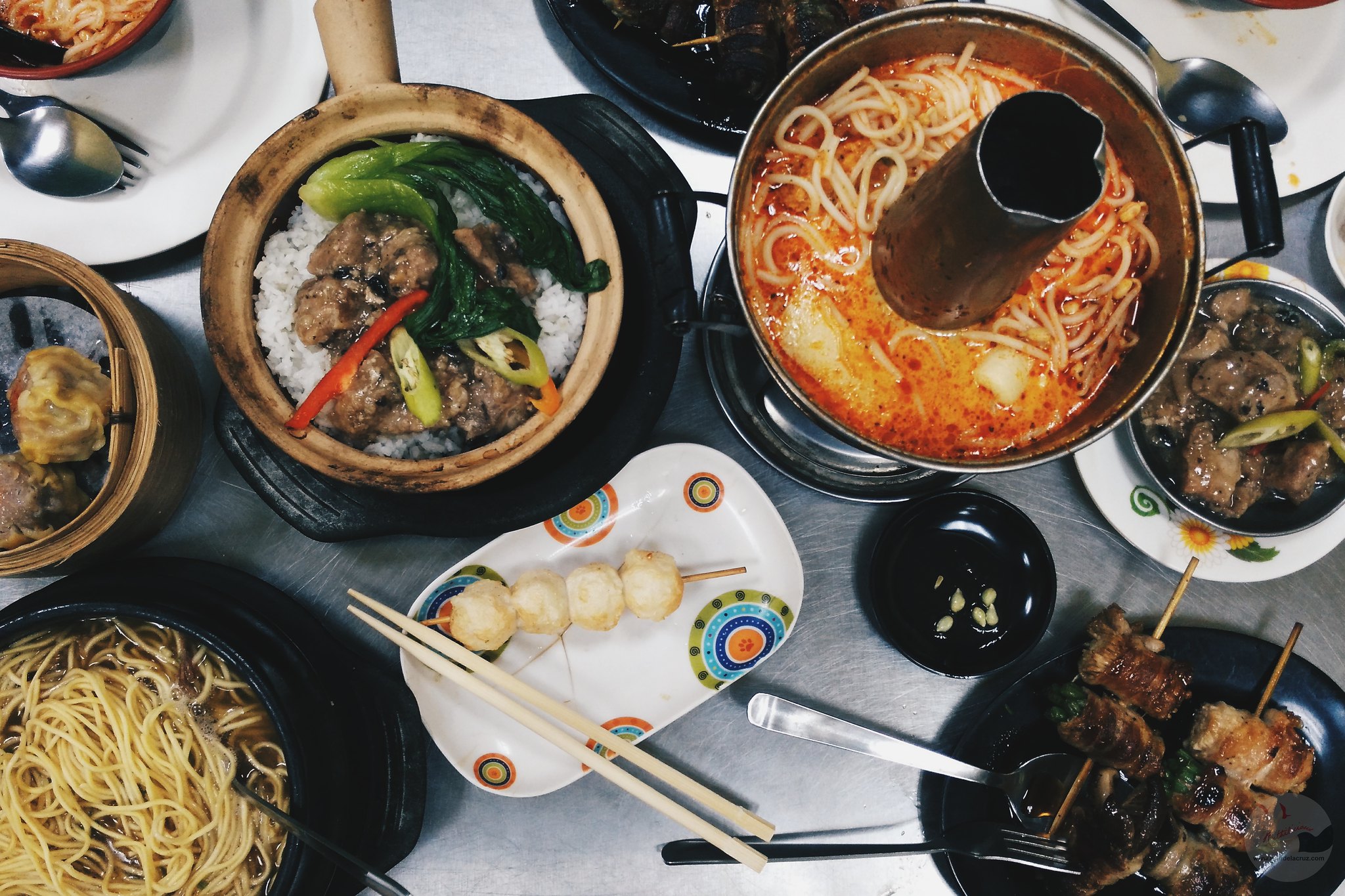 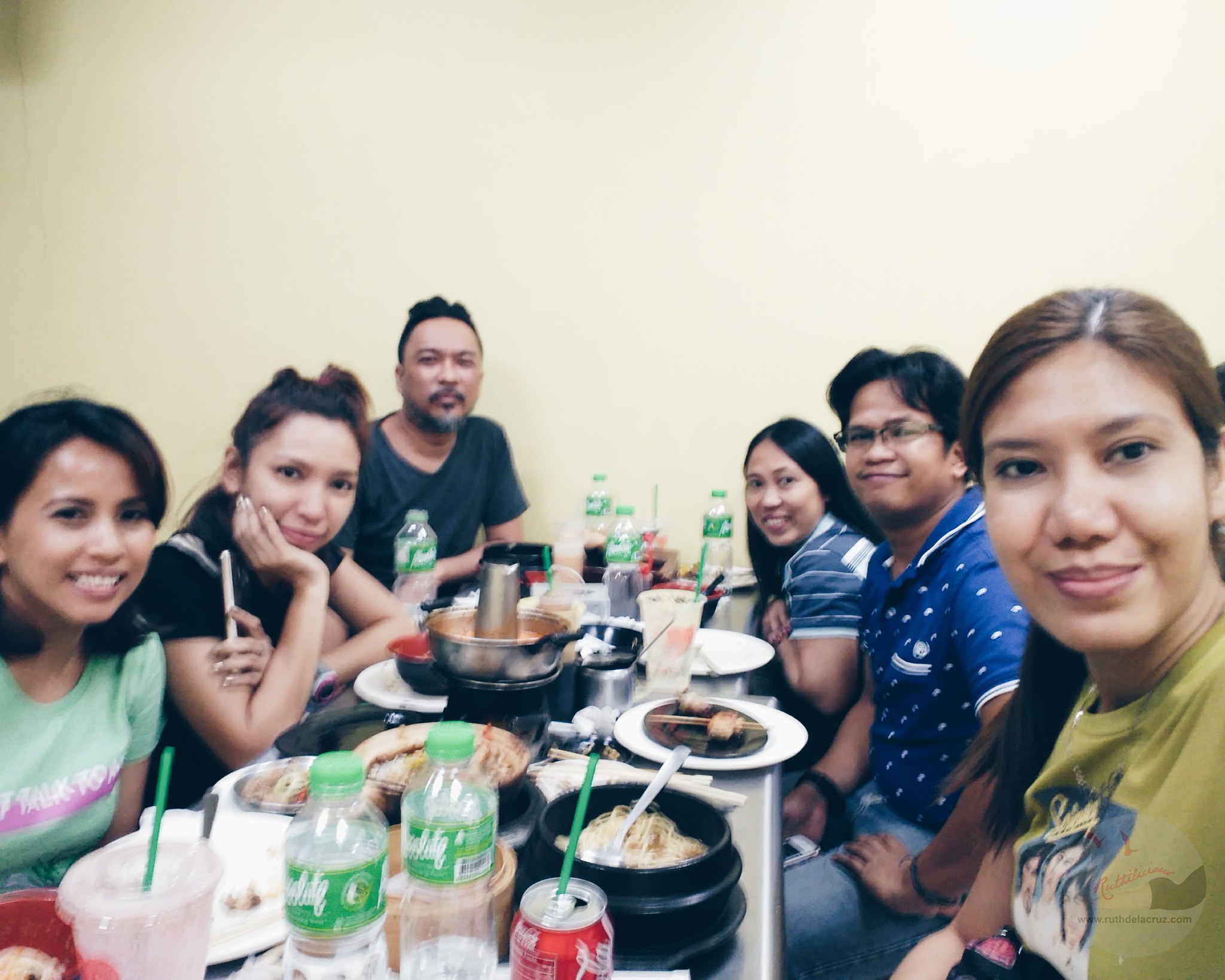 with #QCBlogventure almost-finishers – Earth, Kat, Enzo, Angelyn, Marco and I.
.. and that’s a wrap guys!
Thank you so much Quezon City, Niccolo Cosme and Earth for making me a part for this tour.
I hope other cities would be open for such activity (anniversary or not!)
Check out the official hashtags #QCBlogVenture #iLikeQC #QCrocks75 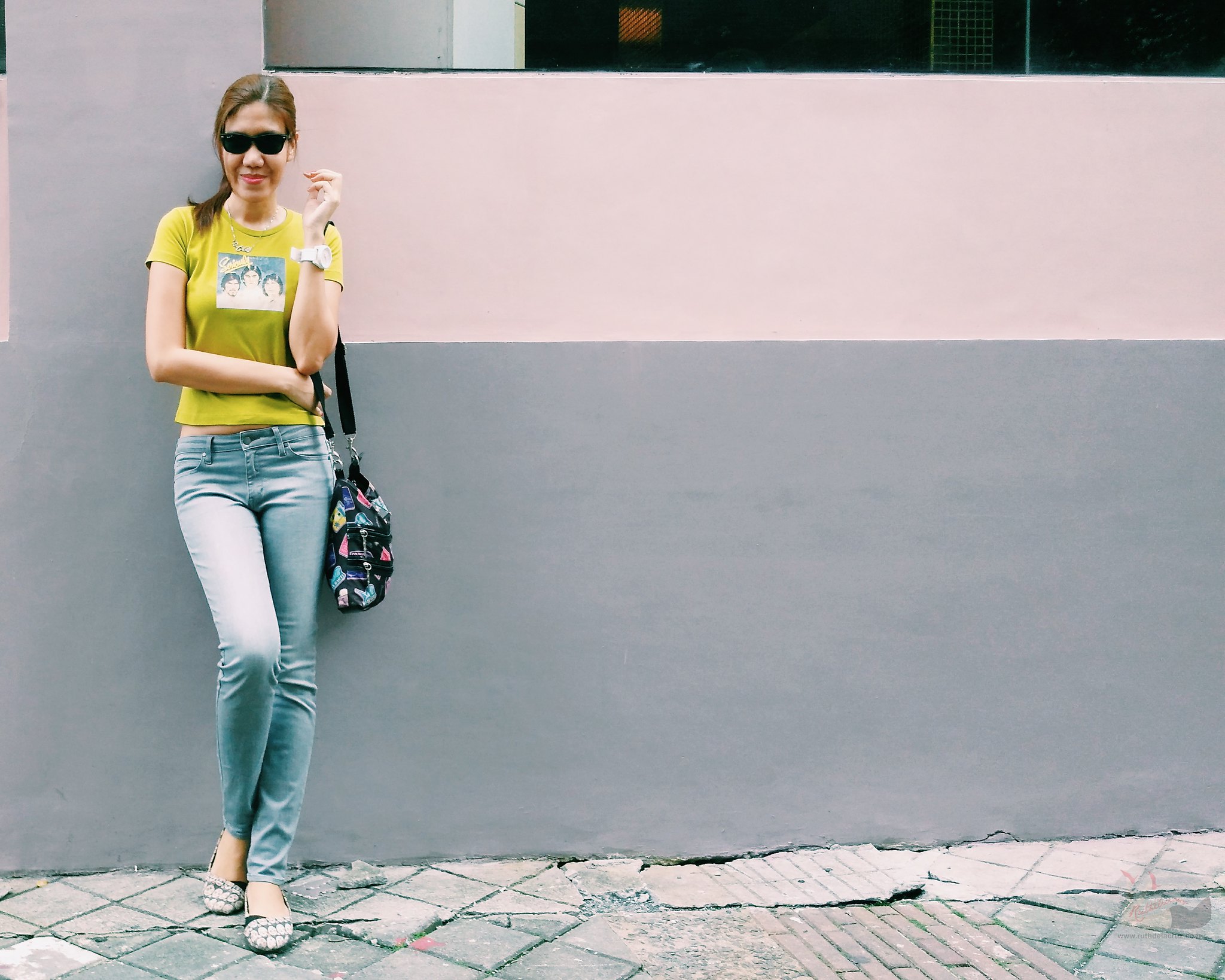 Yup, I brought Tito, Vic and Joey out on a tour!
Oh hey, you might also want to read about my Food Trip at Maginhawa in Quezon City.
**All pictures taken using Lenovo Vibe Shot. Follow my #shootmewithvibexruth photo series.
Stay connected with me, subscribe to my blog!