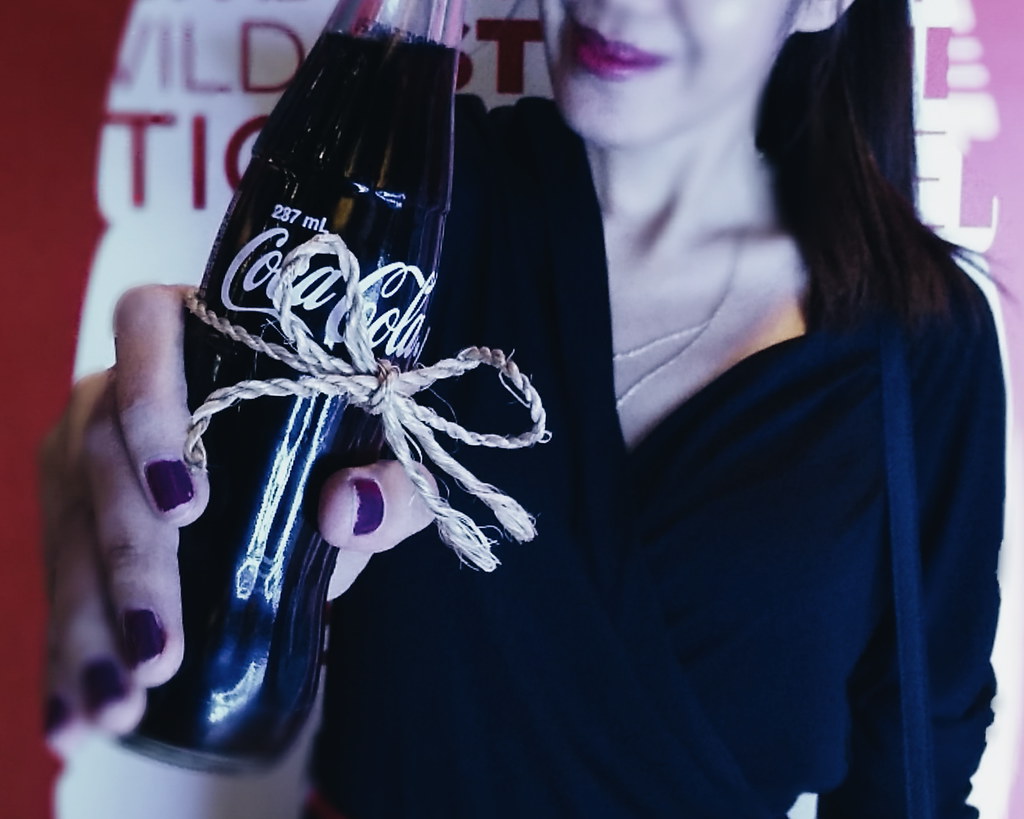 New Coke campaign “Taste the Feeling” Philippine launch with the new Coke Brand Ambassadors.
One of my favorite sounds is the hissing sound of the newly opened bottle of Coke. I am not much of soda drinker but I love hearing it. It comforts me. It brings me joy. It always give me that feeling of celebration. 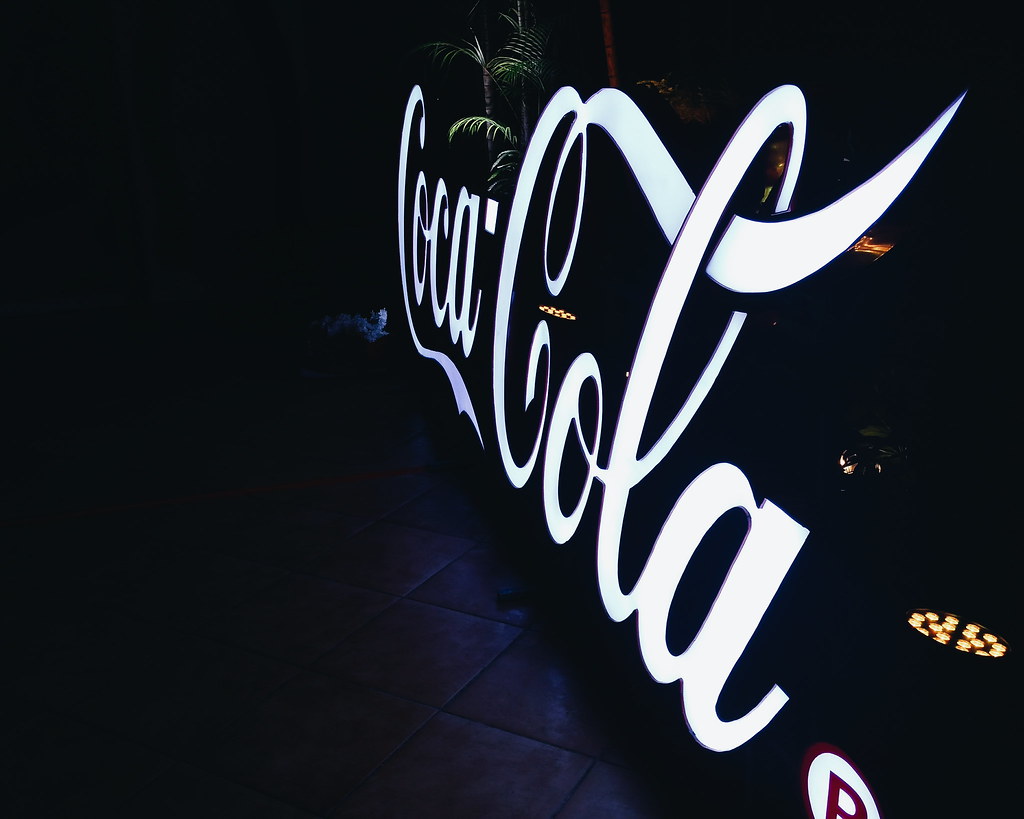 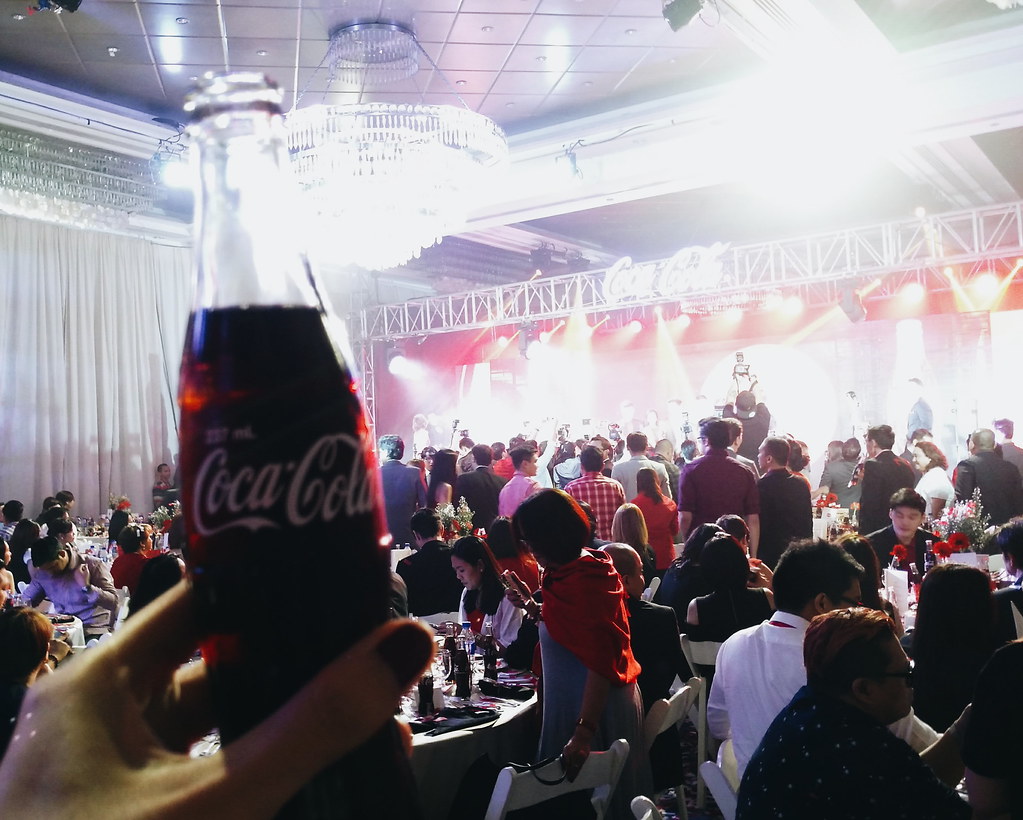 Last night, we witnessed the unveiling of the new Coke campaign and the introduction of the new breed of Coke brand ambassadors in the Philippines. It a red event at the Rigodon Ballroom of Manila Peninsula Hotel. I came like a widow in my “black jumpsuit apparatus”. In my defense, I wore a red belt to celebrate with the team.
I came in a little late for the cocktails but I was just right on schedule for the actual event. Thank you to our friends for reserving a seat for me next to the Coke station. 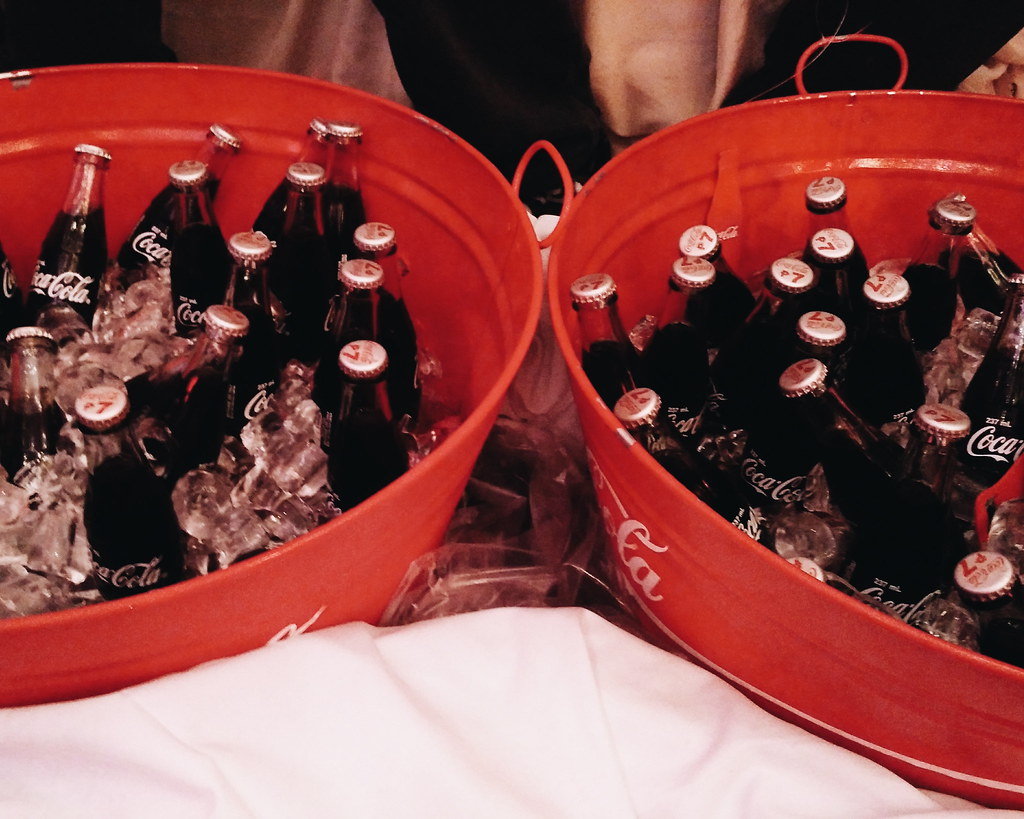 The global campaign, which was rolled out first in Paris last January 19 featuring the newest tagline “Taste the Feeling™,” fully embodies the uplifting refreshment of drinking Coke – whether it be your Coca-Cola, Coke Zero, or Coke Light.

We got to see the evolution of Coke ads after 130 years. We were also the first to see the new ad campaign which is a product of global talents. From a good mix of sound by  Music Dealers and  Conrad Sewell. Sewell, a London-born, Australia-raised singer  to renowned photographers Guy Aroch and Nacho Ricci capturing people from around the world enjoying ice-cold Coca-Cola in a variety of everyday moments. 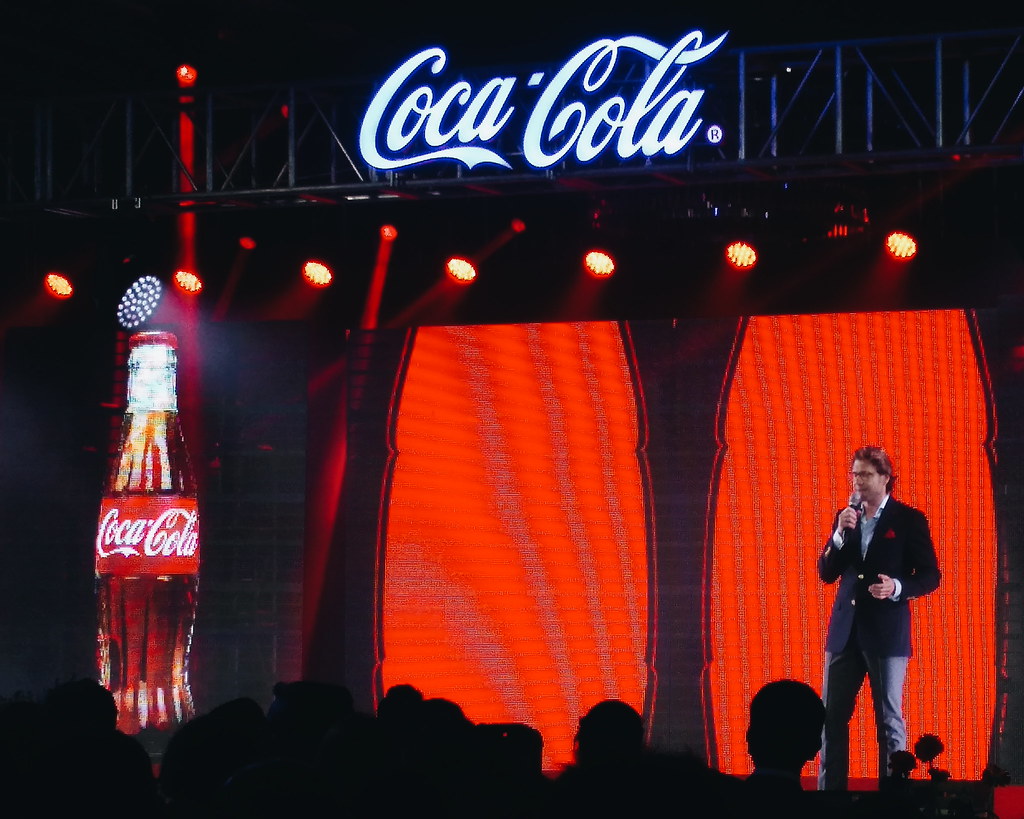 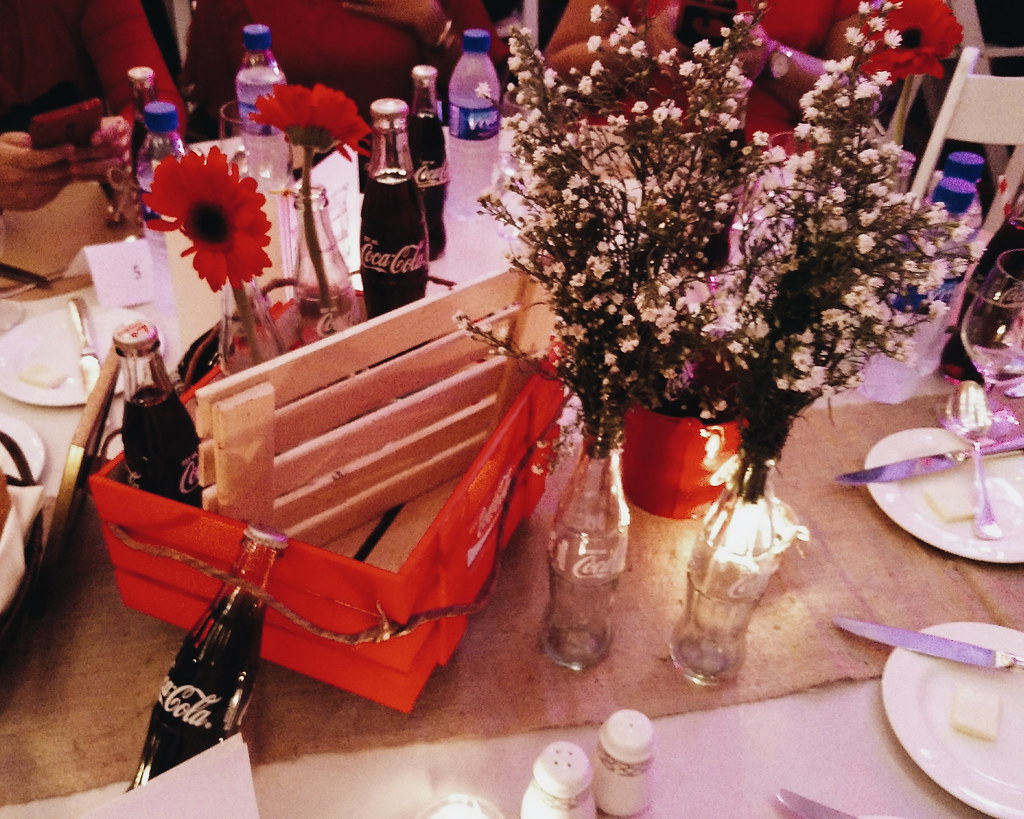 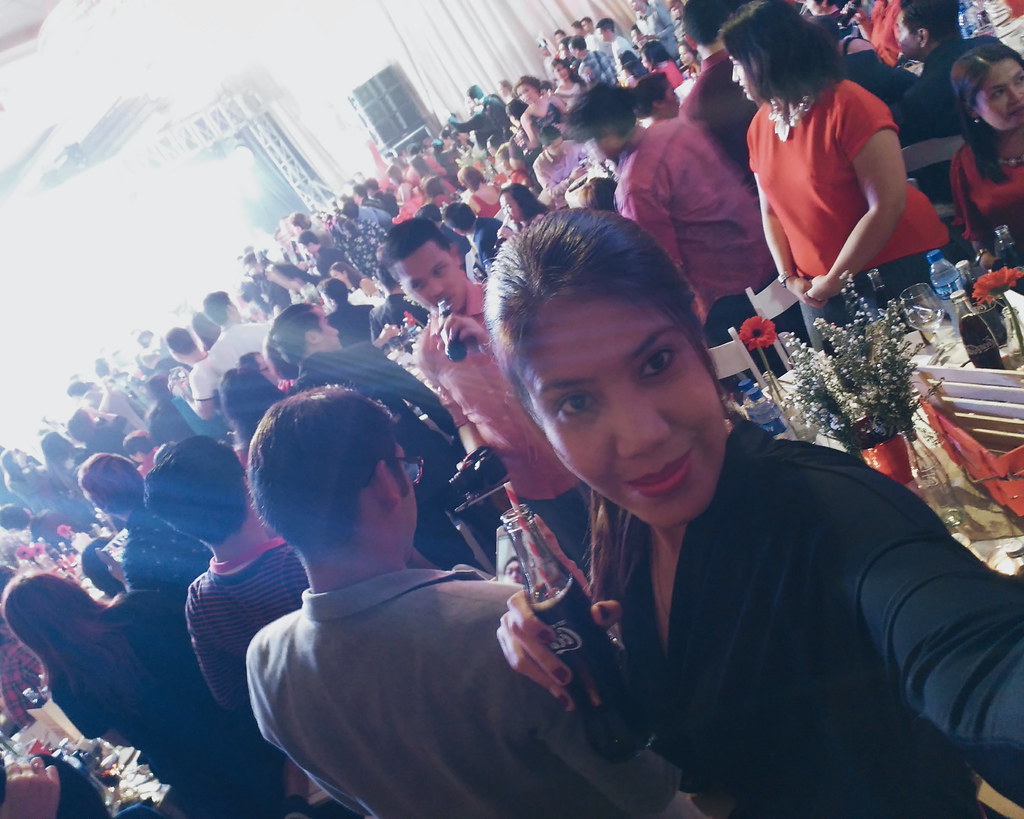 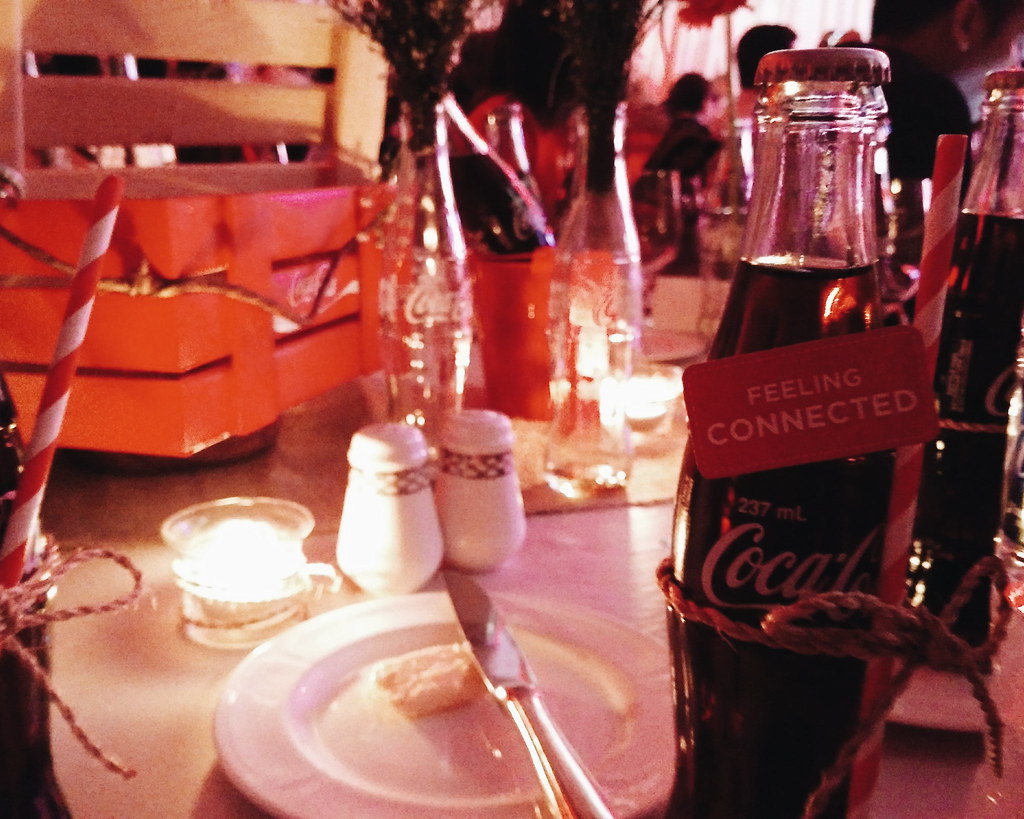 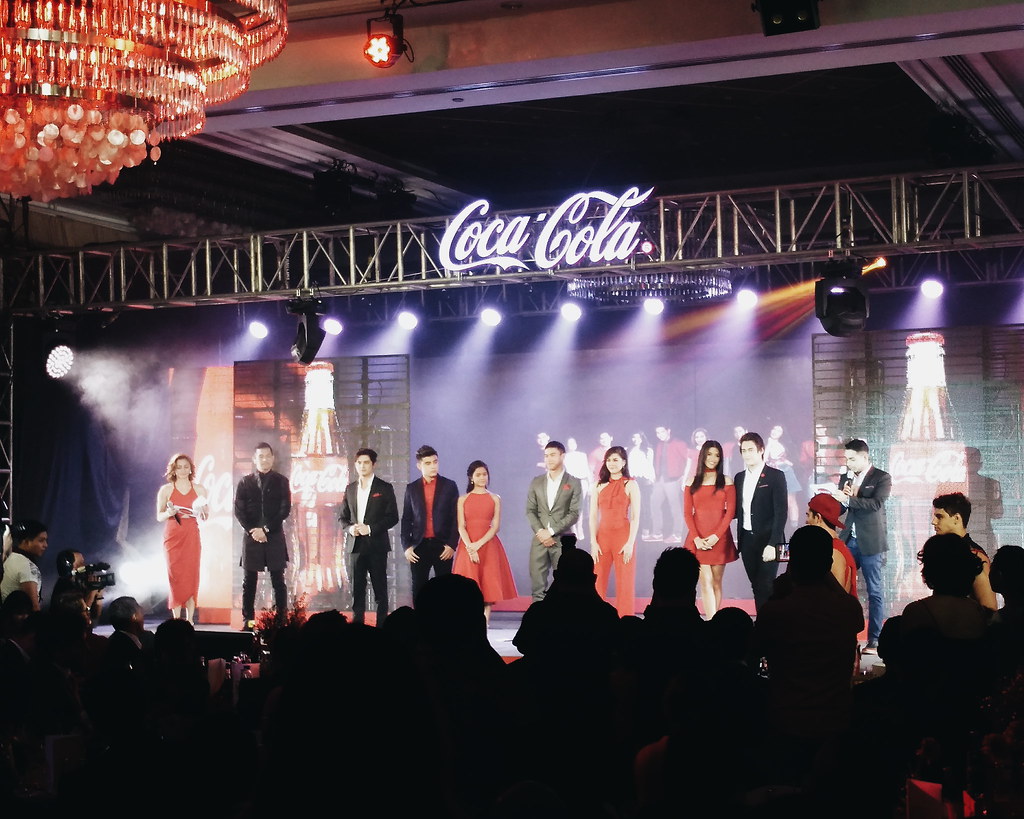 Anchored in the fundamentals of the Coca-Cola brand – the Spencerian script, the red disc and the iconic glass bottle – the creative campaign brings a new visual and auditory experience for the consumers, still featuring authentic and real moments, a continuation of the long legacy of Coca-Cola.
I love how real and true the message is of the new Coca Cola campaign. I would say it is very “candid” just like how I want my pictures and stories to be. I hate orchestrated awkward fronts 🙂
Here are some of my favorite pictures from the campaign. I love the message, the photography, the moments and the feelings. 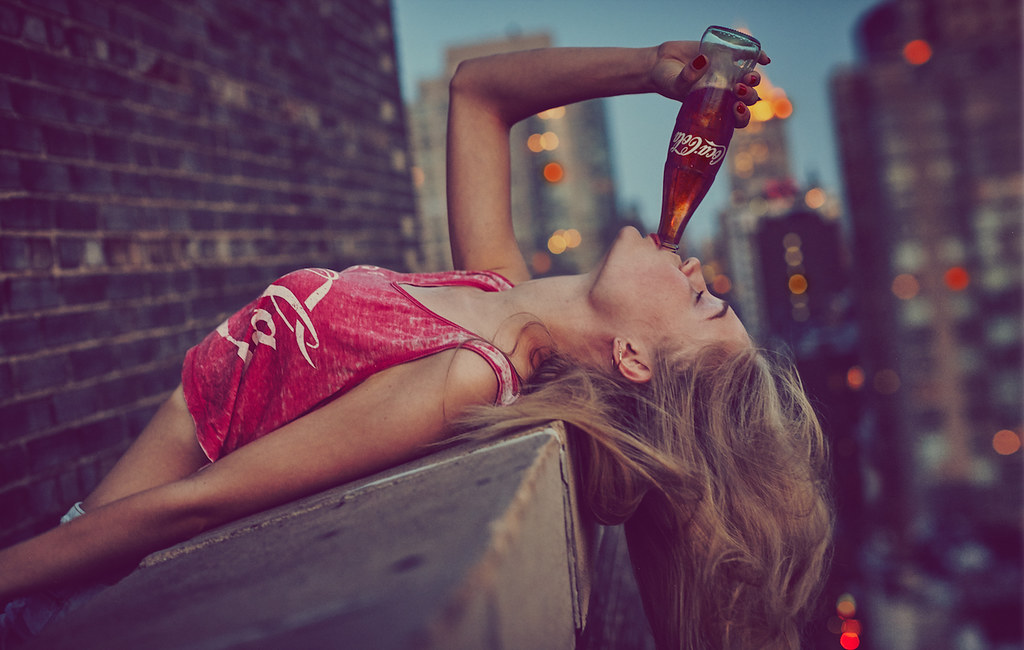 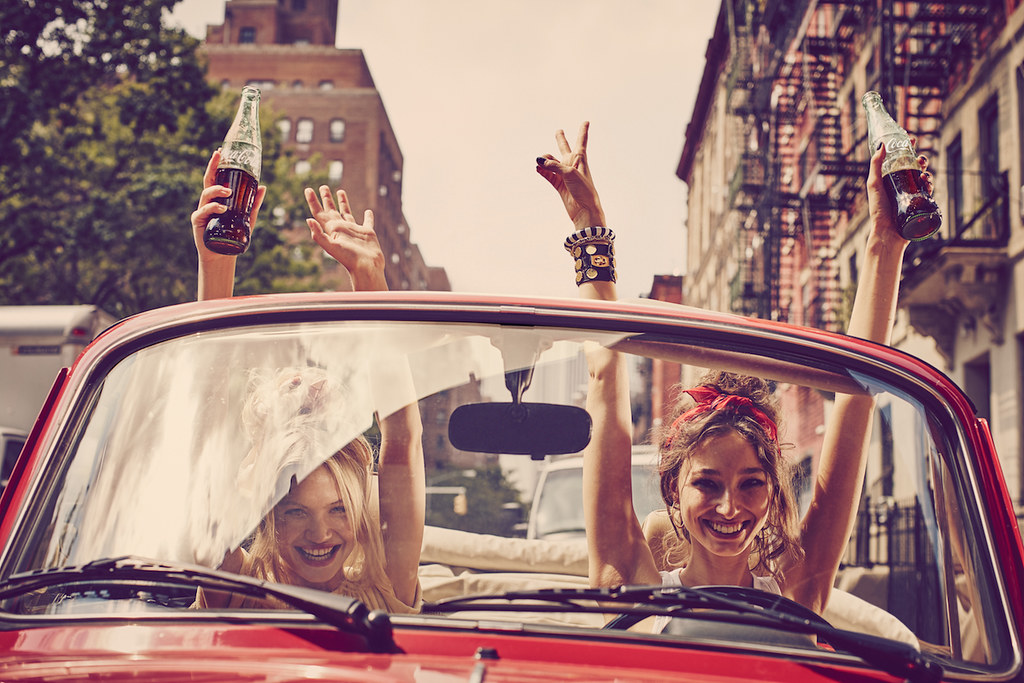 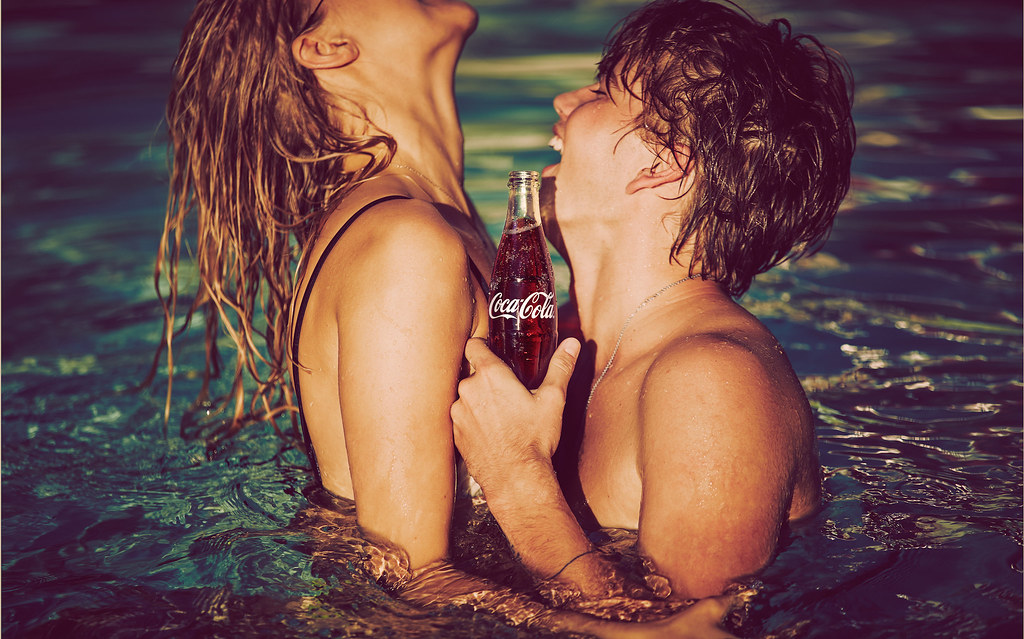 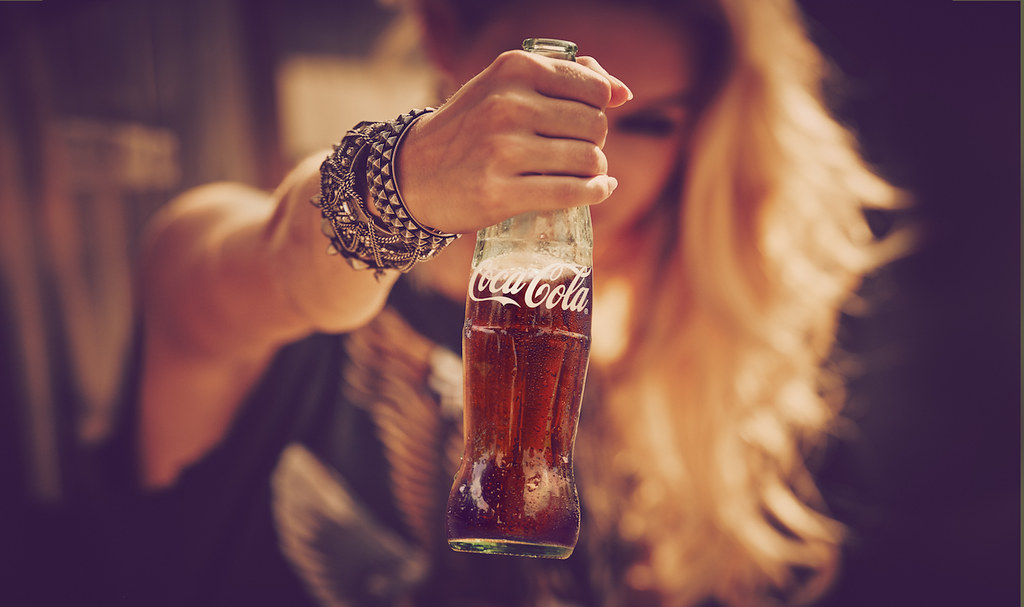 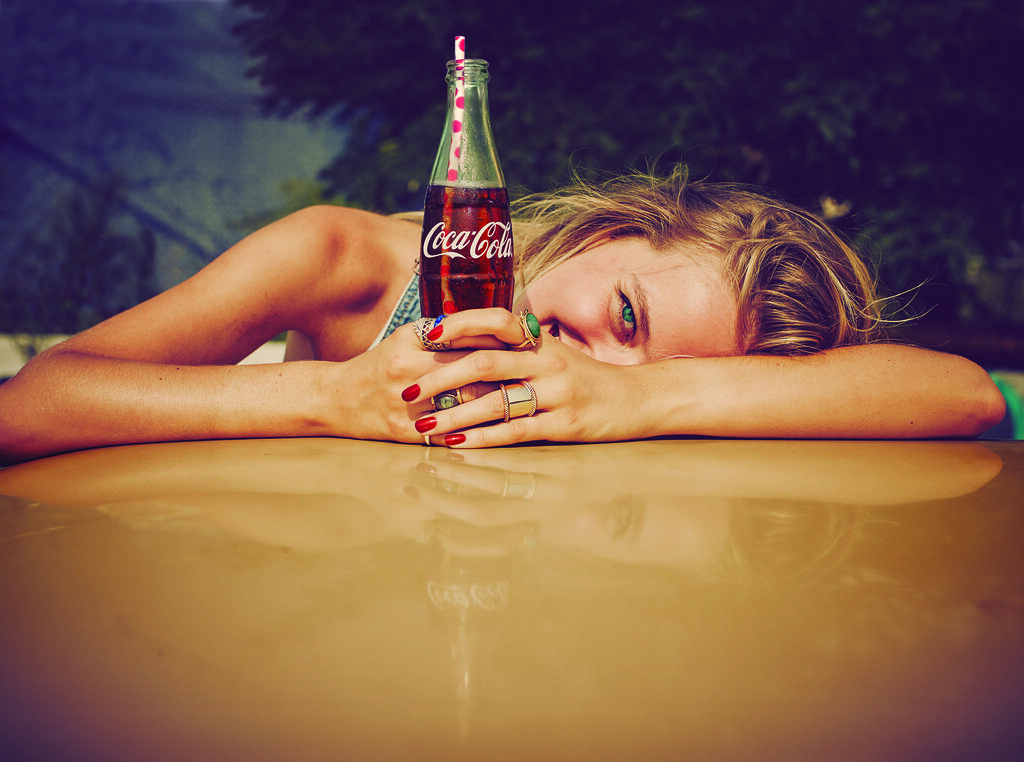 During the launch, Gary Valenciano performed for us with his music hits as he was joined by new Coke Brand Ambassadors. I was hoping to see Alden Richards and Maine Mendoza but unfortunately they weren’t there. There’s James Reid (minus Nadine
Lustre) Enrique Gil and Liza Soberano, Janella Salvador, Bailey May and Ylona Garcia. 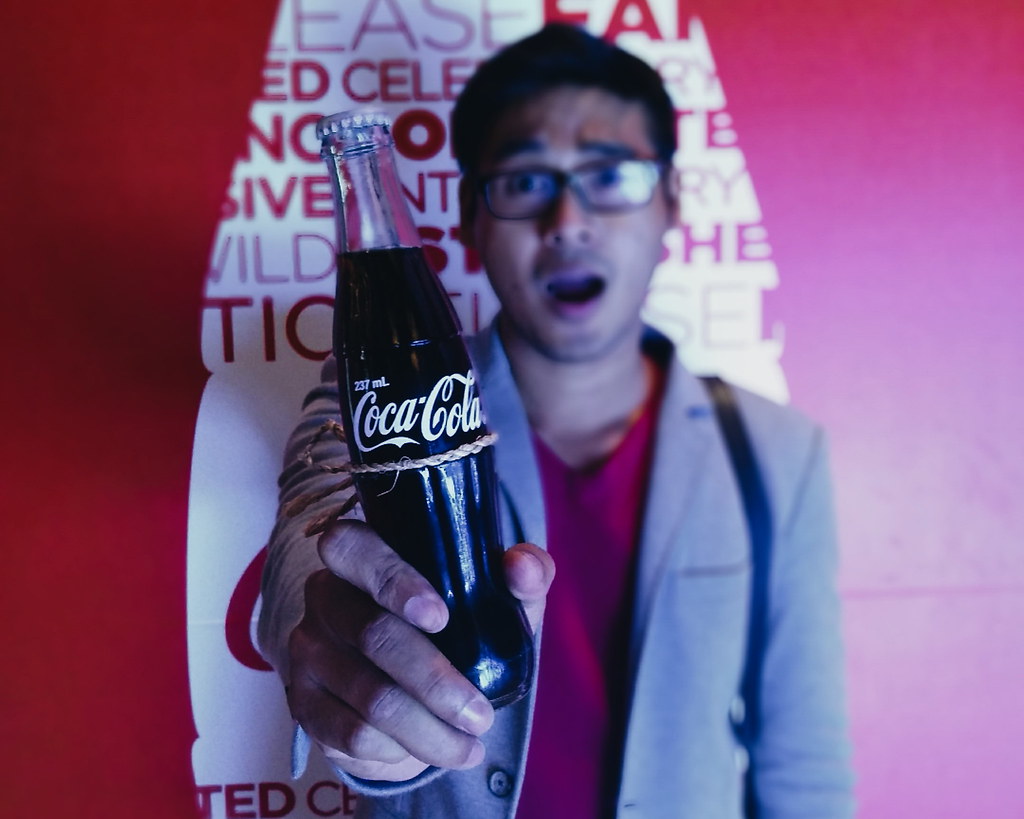 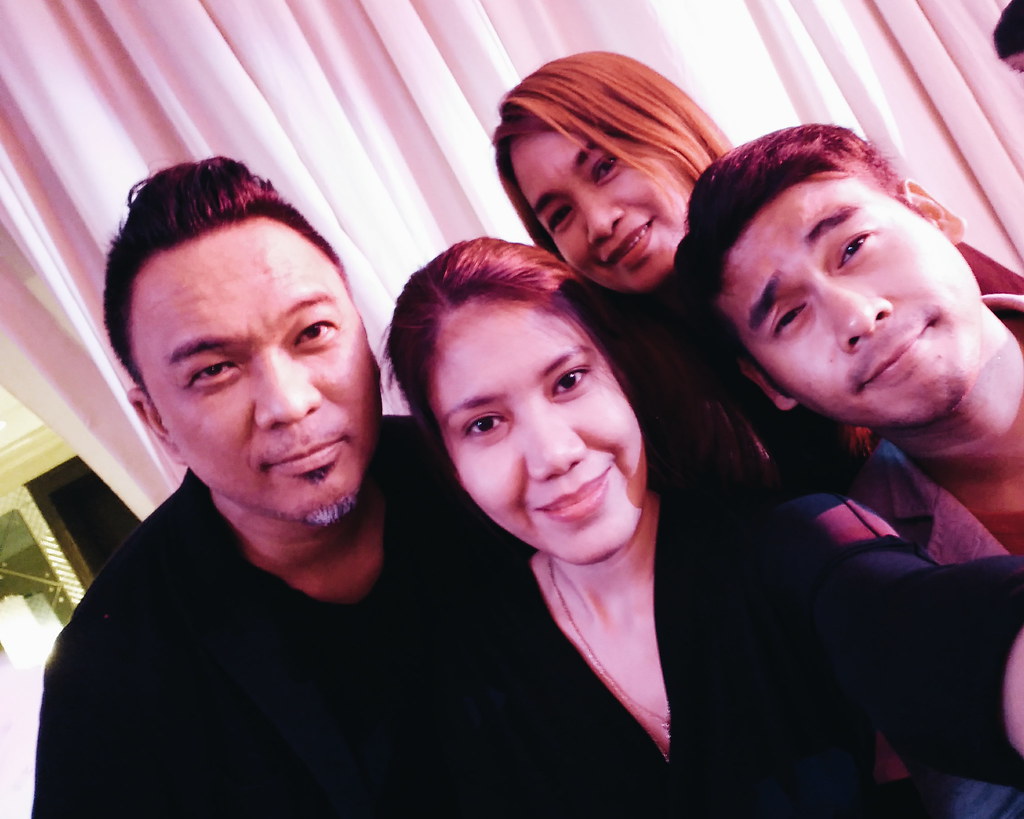 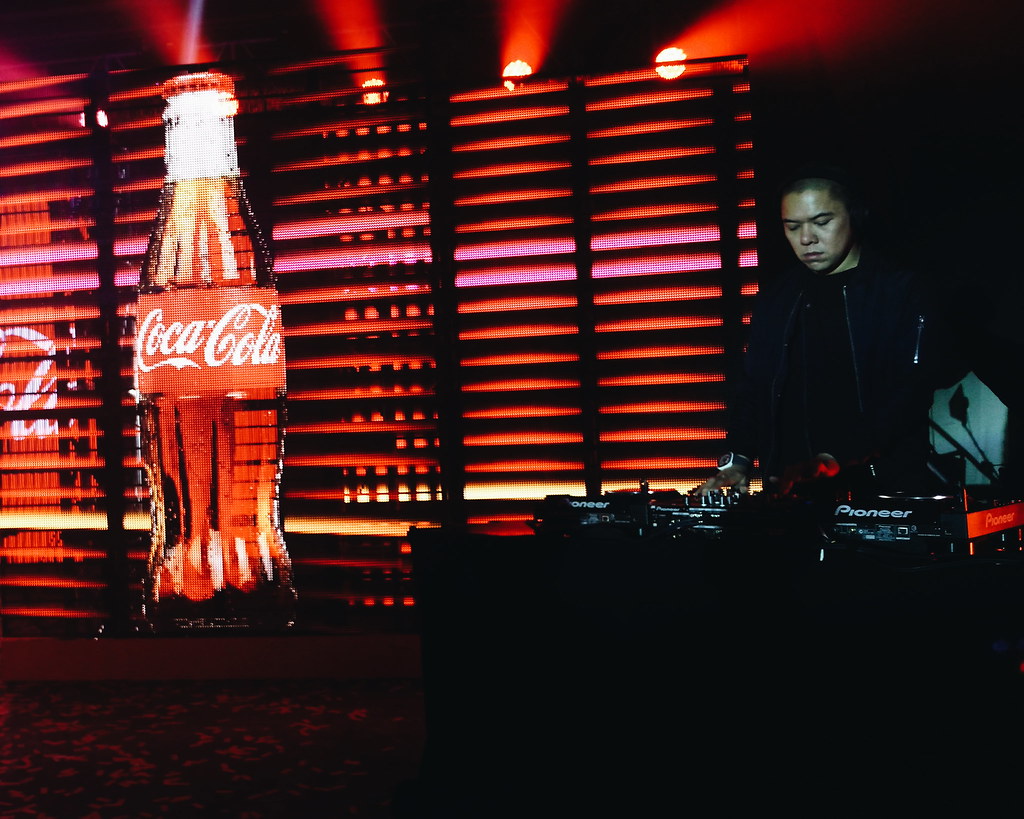 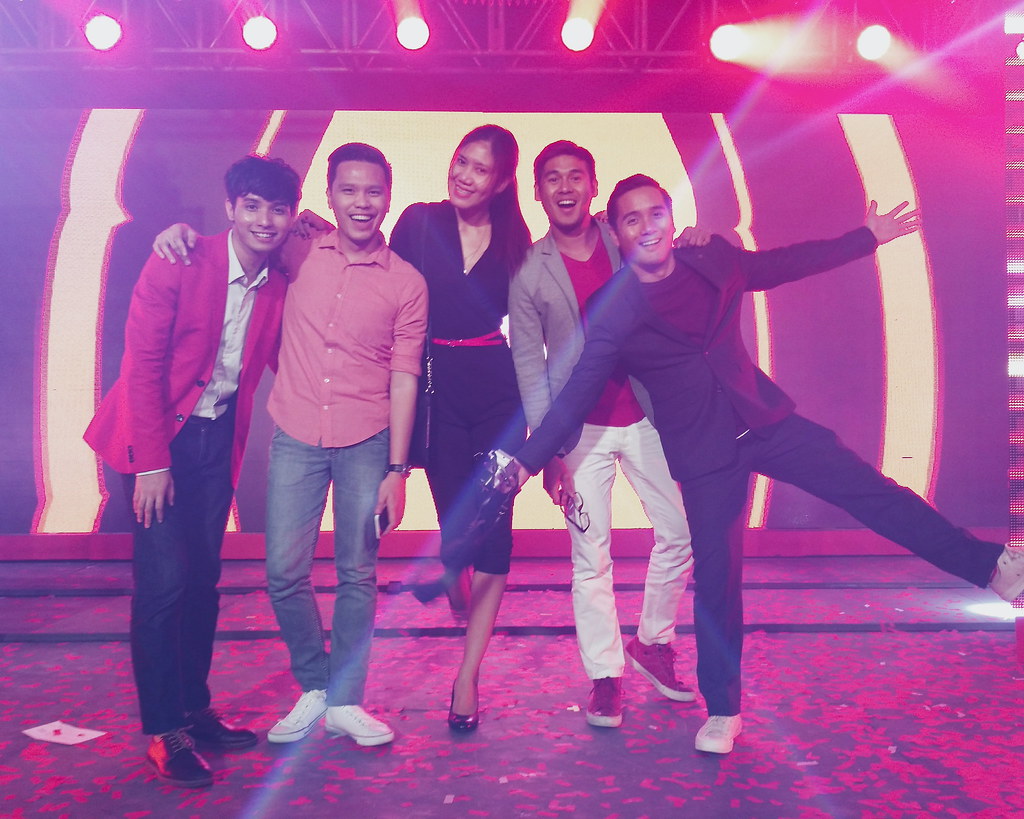 (1) Bokeh effect using Lenovo Vibe Shot featuring Rodel Flordeliz (2) with Enzo Luna, Lou Ventigan and Rodel Flordeliz (3) DJ Mars keeping the night sizzling and chill (4) Hamming it up with Duane Bacon, MJ de Leon, Rodel Flordeliz and Paul Chuapoco
Watch out for exciting events from Coca Cola.
Did you know that there are 45 Coke taglines since 1886 before the “Taste the Feeling” campaign? It replaces the “Open Happines” which was used for 7 years. 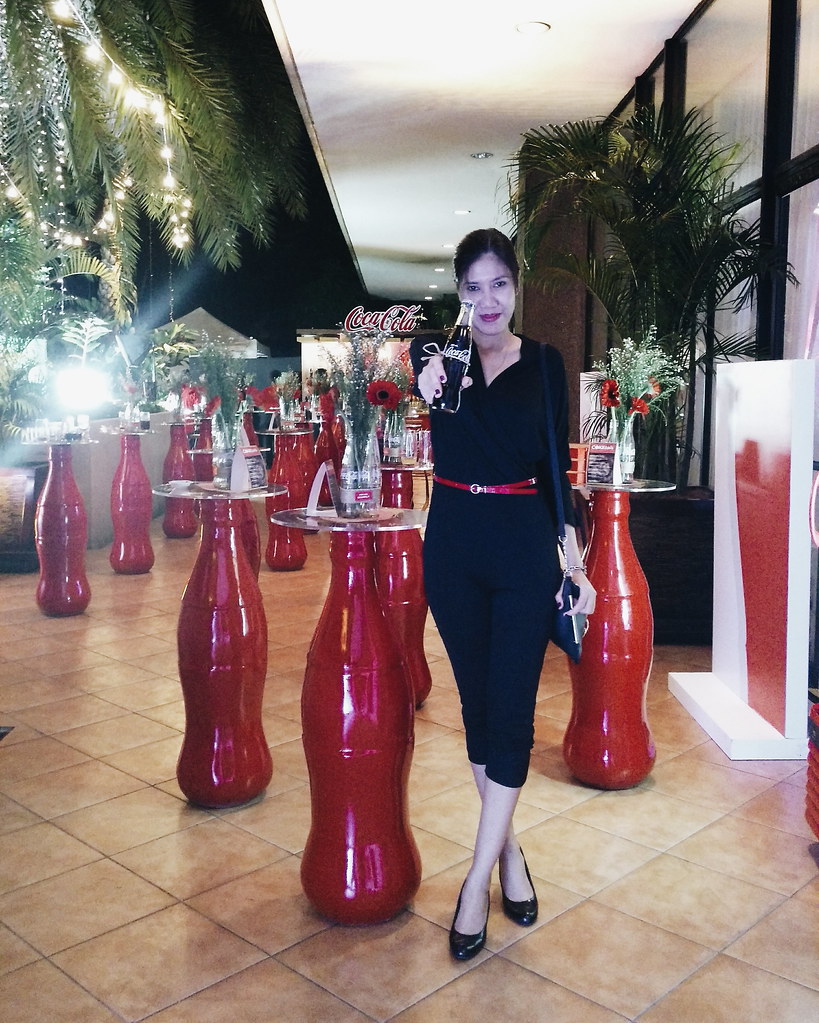 *All pictures taken using Lenovo Vibe Shot 🙂
(photo taken by) @rodelflordeliz
What’s your favorite Taste the Feeling moment?
Mine is not having the need to capture the moment but feeling it. But then again, I love capturing moments and relieving them. #goodweird
Enter your email address: