The Making of #HarryBirthdayRuth: My Harry Potter Themed Birthday Party 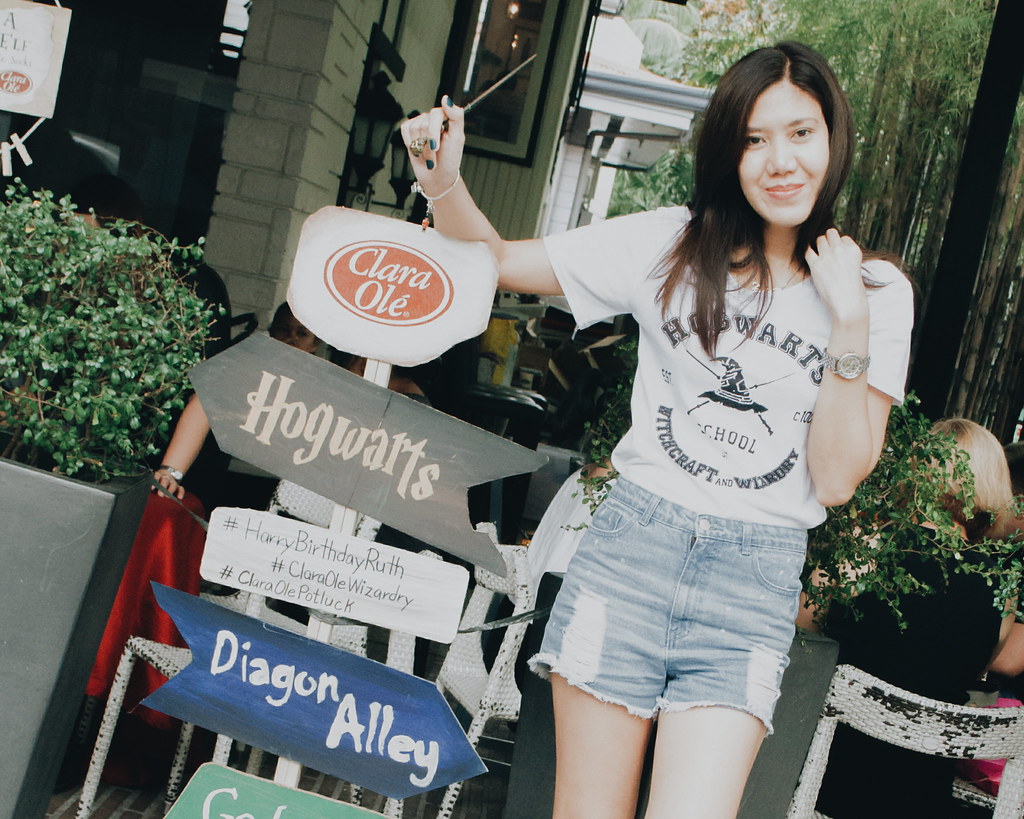 #HarryBirthdayRuth continues and I think this is one of the stories I would never get tired of sharing. Well, aside from my #RuthGoestoMakassar adventures + the other once-in-a-life-time experiences I had.

It sounded too cliche but I feel really blessed to have experienced something so awesome such as hosting a Harry Potter Themed Party!

It was crazy months and days before the event because I was (and I still am) planning for other things happening in the couple of days and months (will share more about it once everything is confirmed) – but for the record, I am not getting married.
This time last week, I was busy preparing to go to Lola Cafe. The restaurant in Tomas Morato that we transformed into the Great Hall! I want to take you to the details of the #HarryPotterRuth party and how it all started + the magical stories and great people who helped me make this event fun for me and for all my guests.
Last Year, I Received a Note
It all started last year… I received a note from my friend Mhel of Certified Foodies and soon after came a call from Clara Ole team (not from Hogwarts!) telling me that they are hosting a party for me!
Last year, I attended the Boodle Fight Potluck Party hosted by my dear friends Mhel and Ken. It was so fun and I had a great time playing the games. I immediately wrote about it in the blog and mentioned that if I wanted to host a party I would wanted it to be a Harry Potter themed one!
#WhatRuthWantsRuthGets really. I don’t recall there’s a genie or fairy god mother in Harry Potter but some wizards and witches heard my wish and they graciously gave it to me.
Two Months Ago, We Searched for Hogwarts
I had the first meeting with the great wizards and witches of the agency handling the Clara Ole brand sometime in December. We were all excited to host the party.
I know it is going to be an easy one to throw especially that we have Clara Ole with ready-mix sauces, marinades, jams and jellies that we can use to come up with a special dish. They wanted to stay true to the theme of Potluck and they asked if I can ask my friends to cook for me for the party. I thought, I don’t want to stress my friends over food and what to bring to my party, I want it to be a fun event for everyone. But thankfully, I have a really nice friend who is wiling to cook for me (more on that later).
The next big question is where to host the party. I talked to different people who work in hotels and restaurants in search for the perfect venue. Suddenly, I thought of Lola Cafe. 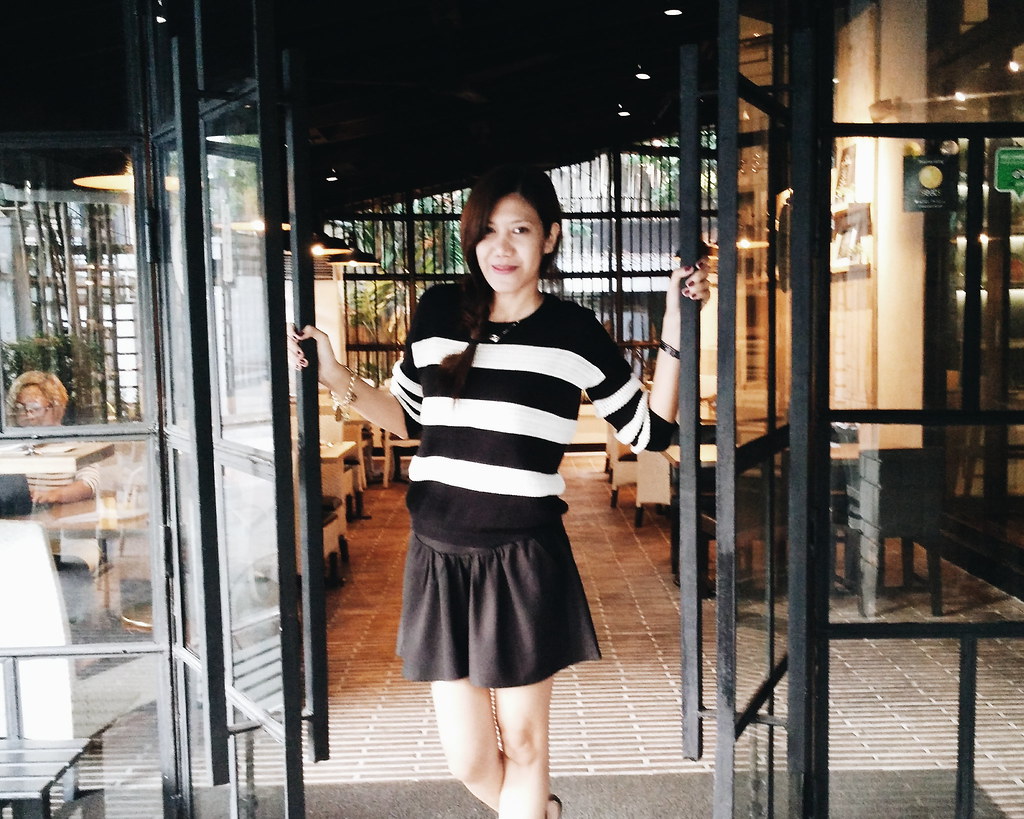 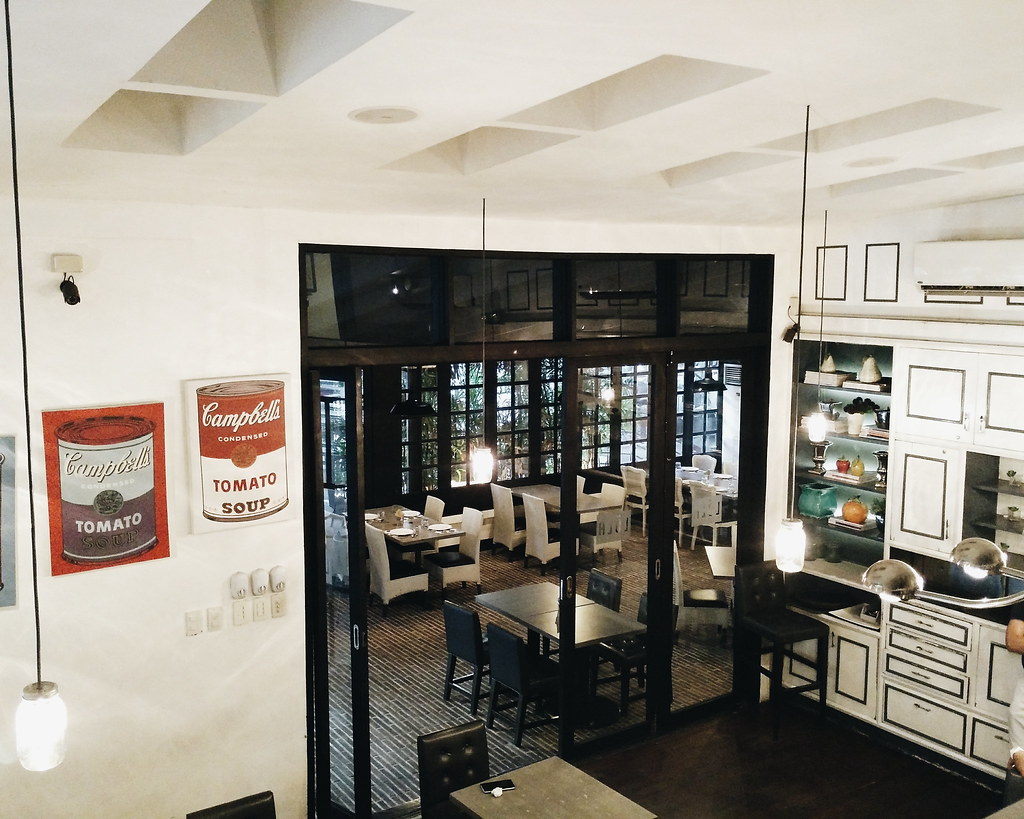 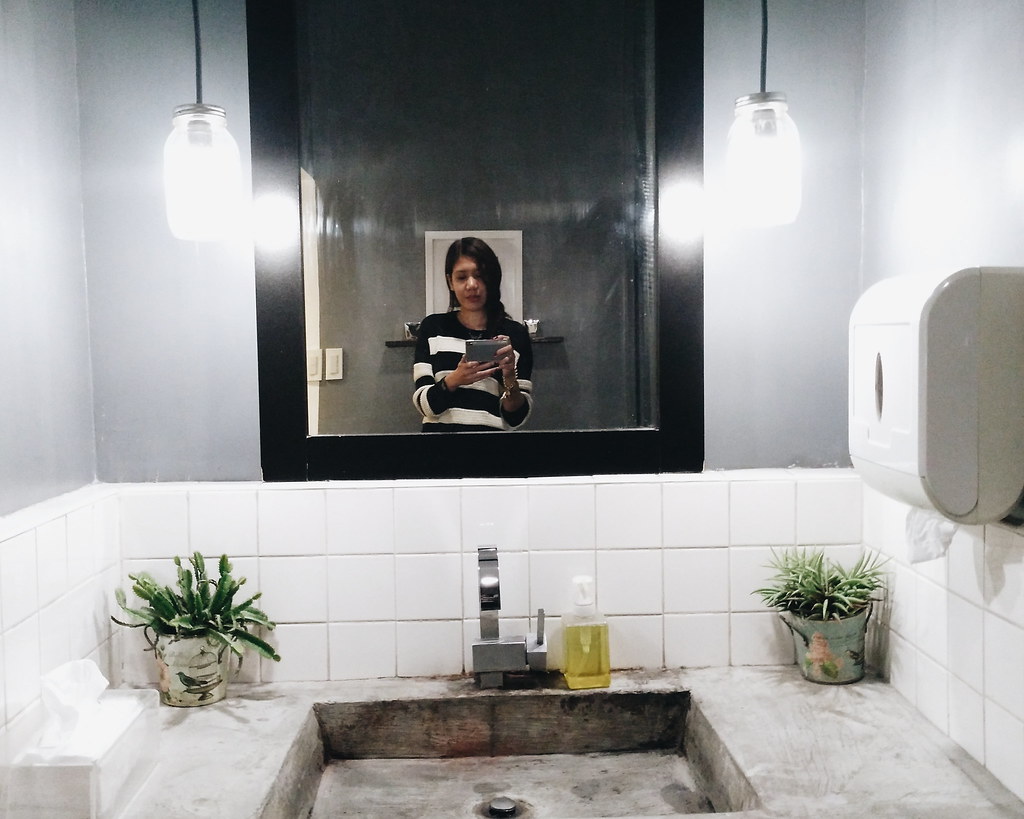 We had a quick meeting with Lola Cafe. Ms. Eula and Chef Jonvic agreed to host the party in their lovely restaurant!  Cecille (my lovely partner from the Activation Team) just love the venue! After the meeting, we just exchanged emails because everyone seemed busy. Chef Jonvic created a special menu for my birthday! His creations are innovative and tasteful. I am confident that he can come up with something really good using Clara Ole products. I was impressed when he sent the menu set that surprisingly fit the budget.
Around this time, I have created a Facebook Event page for early save the date since I know people would get really busy (I have really busy friends) and I would want them to be on that special day with me. They were teasing me about it. I told them I would teach them how to ride a broom so that invitation was sent two months early. 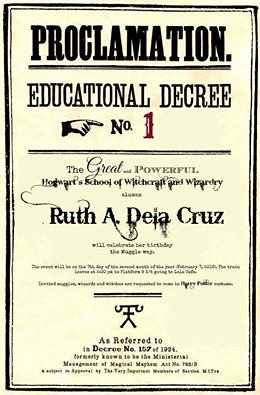 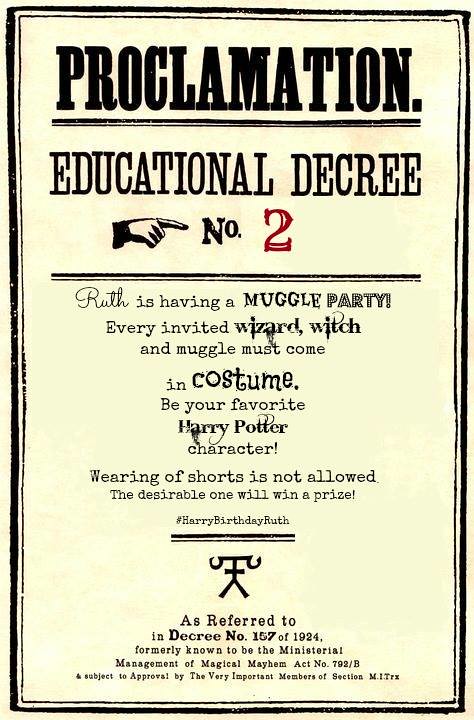 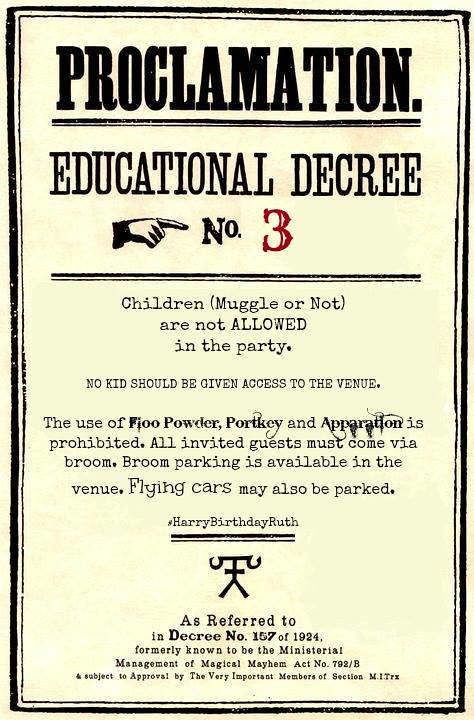 Anyway, a month before the party I also thought of the Hashtag that we can use for the party. Clara Ole told me I can make one aside from their very brilliant and magical #ClaraOleWizardry. I thought of #HarryBirthdayRuth just instantly because HarryPotterxRuth is just too common and it sounds like a wedding or union or collaboration. I want to keep it simple and catchy. HappyBirthdayRuth has so much entries in instagram so I though #HarryBirthdayRuth captured the Harry Potter Theme, my birthday and everything about me.
One Month to #ClaraOleWizardry
I wanted to make my birthday fun for everyone and since it is a Harry Potter themed event, I want the venue and the design to look as close to the real thing. I checked inspirations online. I wanted all the little details to be there.
My friend Joan has an events styling business and I consulted her if the designs that I wanted are doable. She said everything would be done as it is. She even mentioned the materials that she would use and the process on how to do it. I am confident that she could do magic. I told her, I wanted the venue to be instagrammable!
I also asked if she can make a physical invitation. She suggested to create an owl and cage but I told her it might be too costly. She said that she would sponsor the invitation. I did a quick cartwheel when she told me that!
I immediately sent her the details I wanted in my invitation – from the type of paper, to the text, font and envelope design – I requested to have all the details I wanted. My signature was also printed on the note.
To make it a more authentic owl post from Hogwarts, I even ordered a Hogwarts Wax Seal Set! 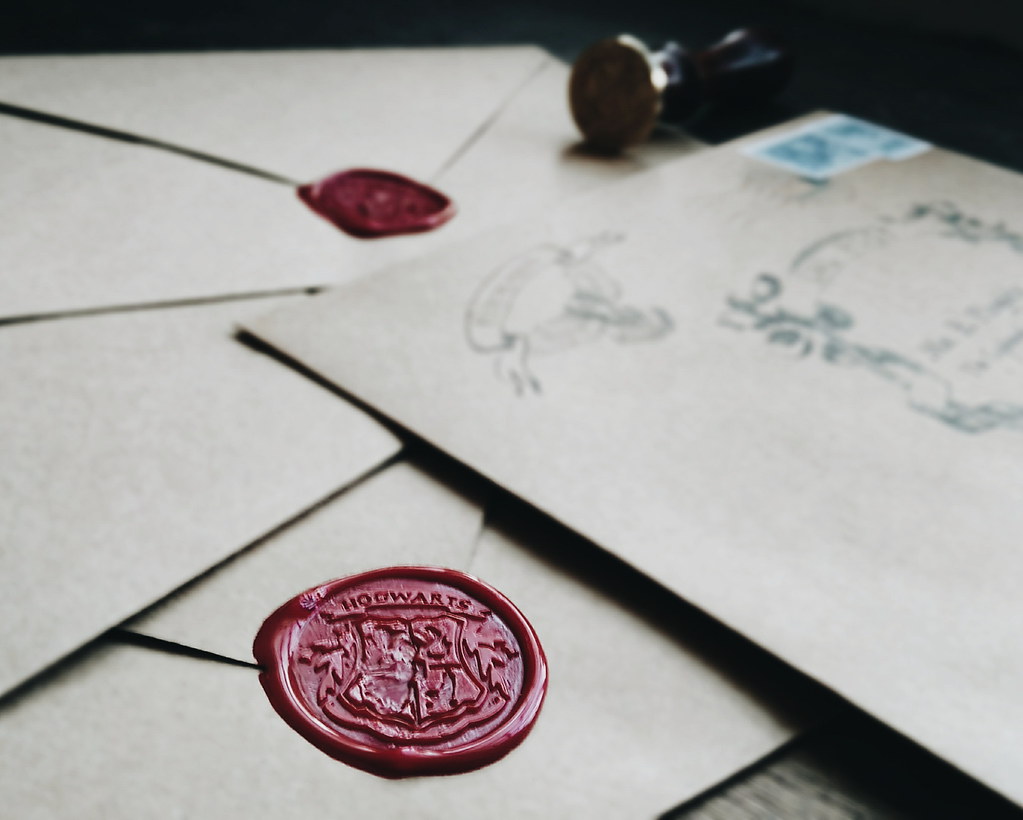 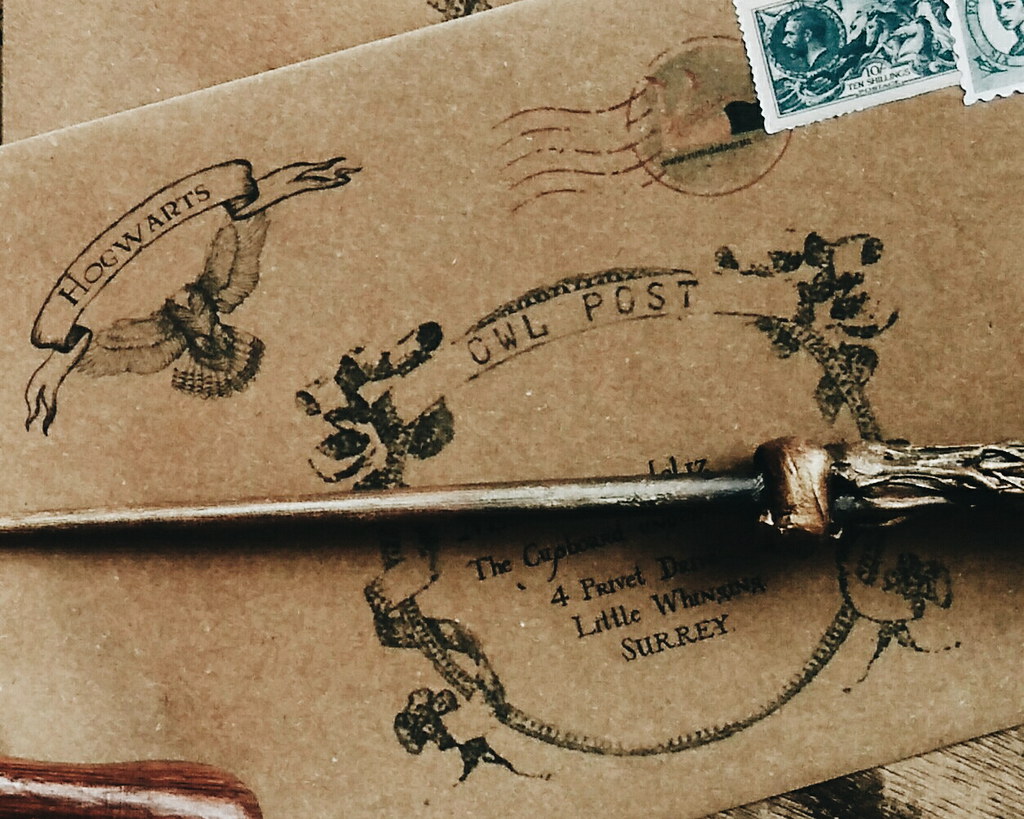 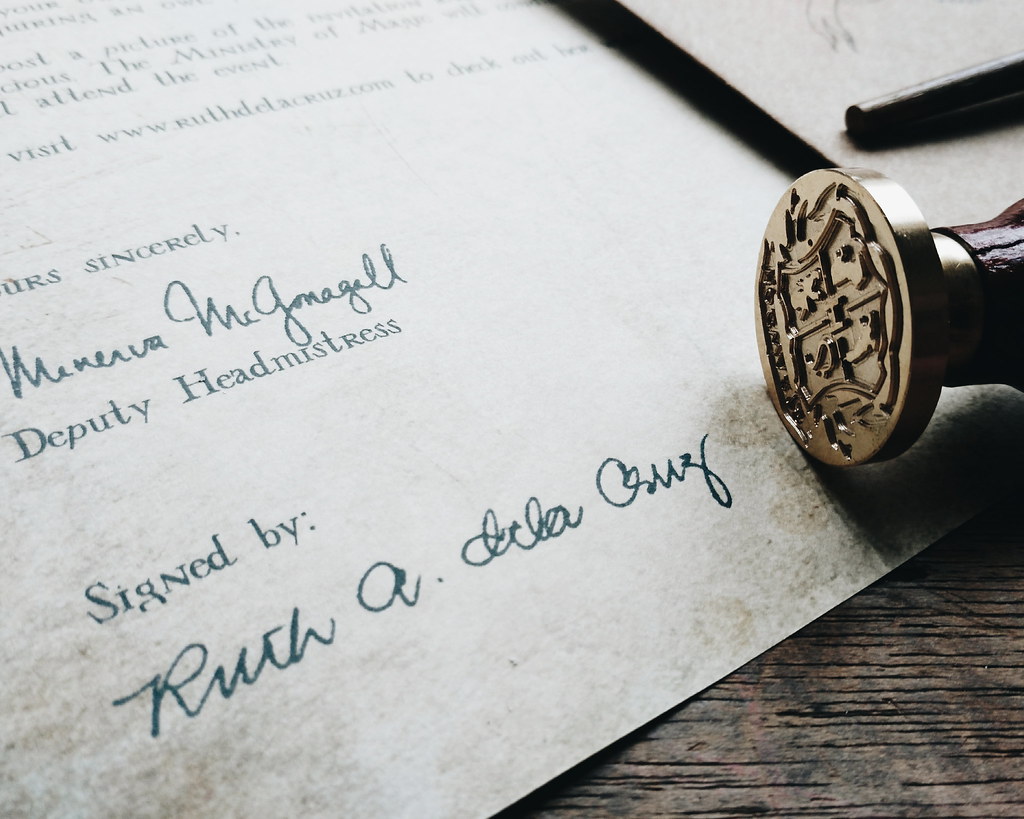 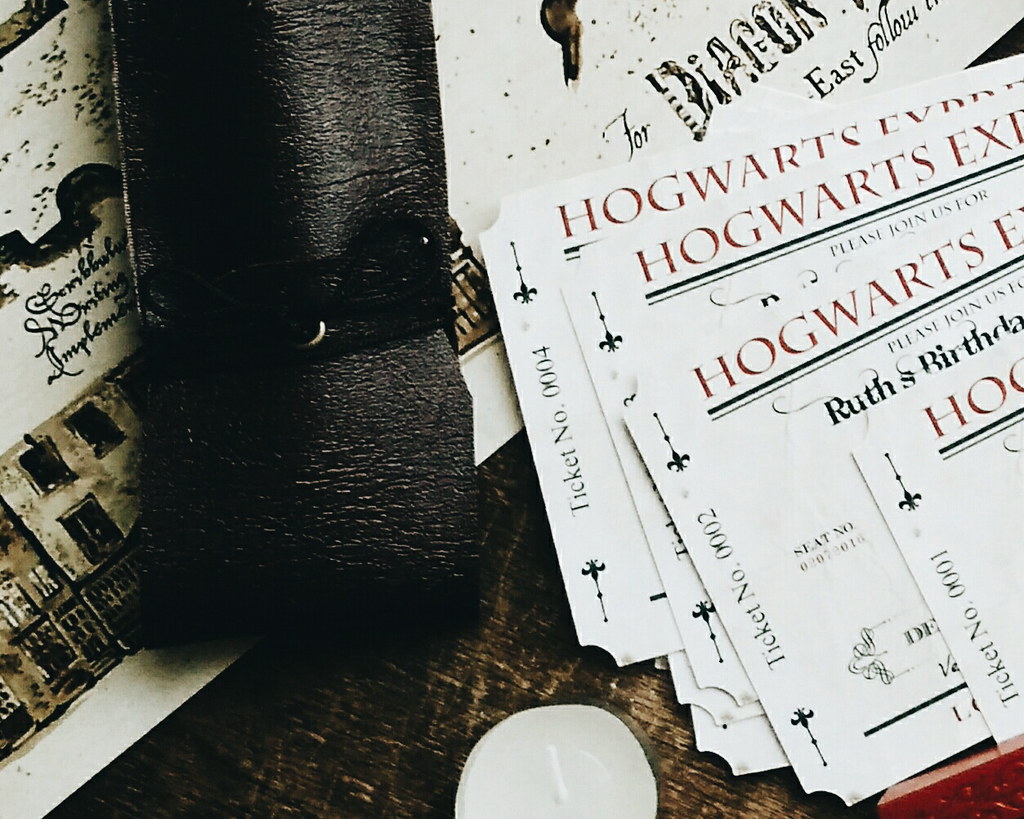 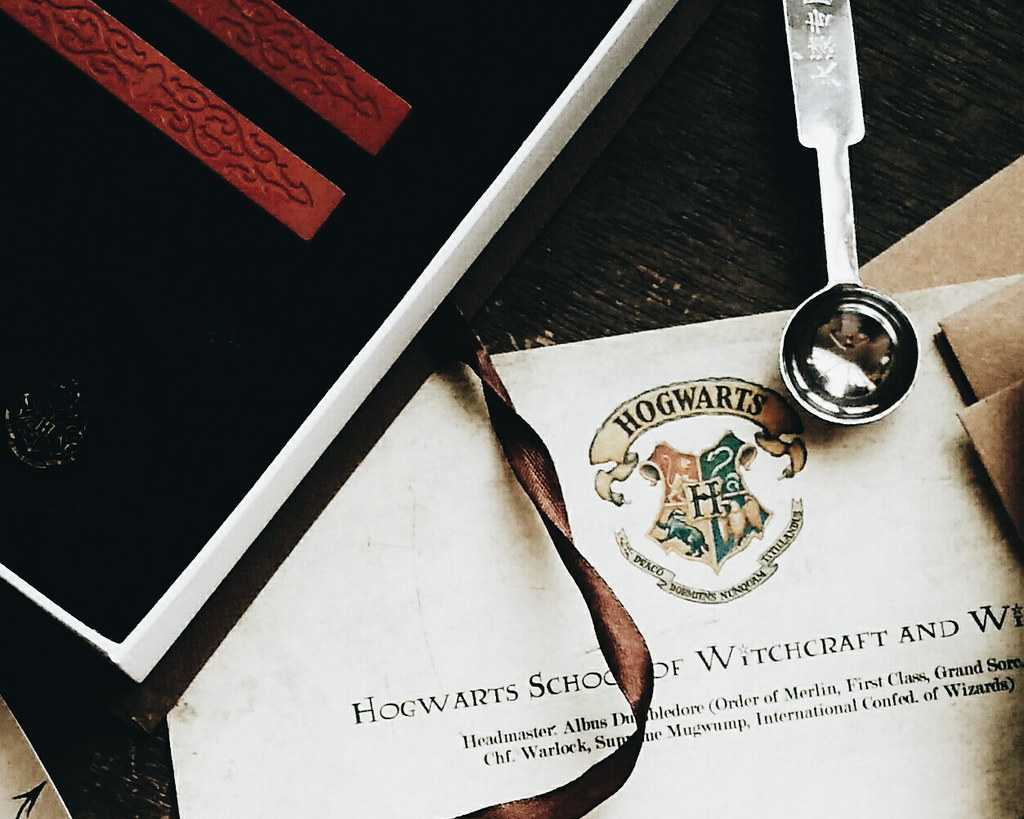 My friend Joan even created wands for the event! I am dying with so much love from friends!!!! 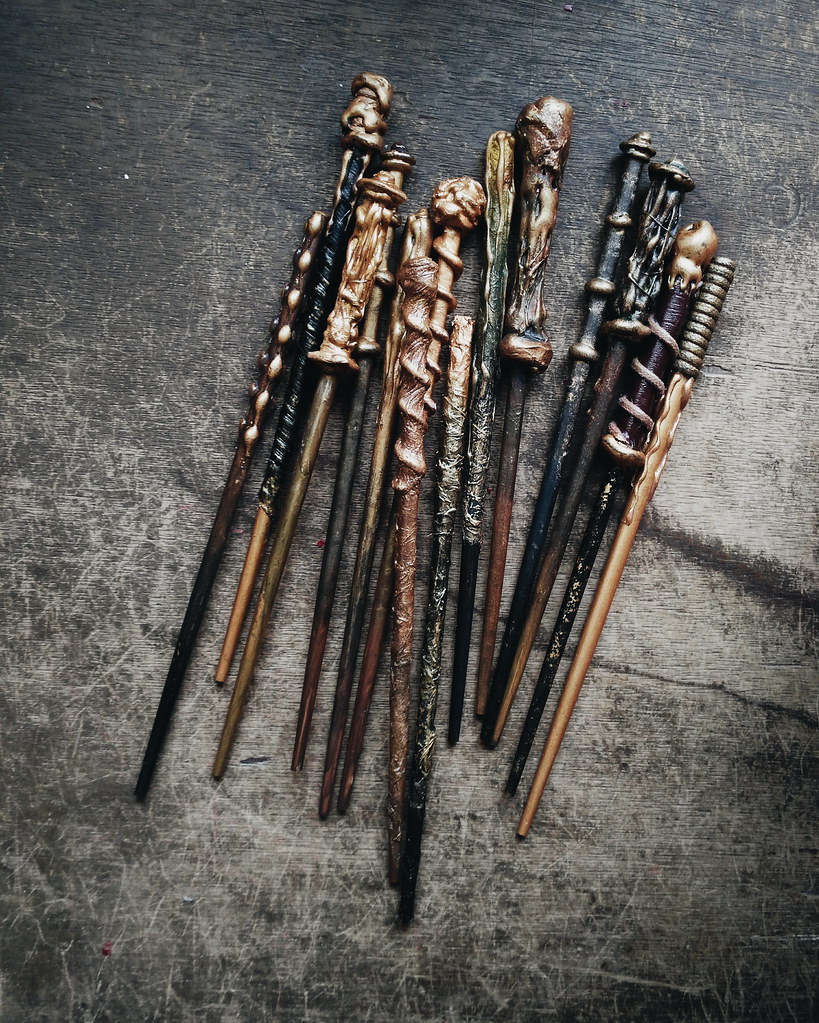 One Week to #HarryBirthdayRuth
A week before the #HarryBirthdayRuth, I was praying for another week for me to finish all the other tasks I need to accomplish (not related to the party). I have sent #bloggermails and invites.
Of all the things I needed to prepare, I didn’t get the time to choose my outfit. How ironic when I asked my friends to come in costume. It is just a part of me that I always put myself at the bottom of the list. I actually wanted to do costume changes and wear all the house uniforms and colors. That didn’t happen of course.
I was so occupied the week before the party that I didn’t know which one to attend to. I just kept on posting reminders in the Facebook Event page to keep the guests excited. One of the things that I requested for them is to send picture for the souvenir. You would have guessed that I even failed to send a picture of myself.
I have such supportive people around me (especially Cecille!!!). I was thinking how stressful can it be if it was a wedding? I don’t want to be a bride. I grew up getting all the attention I needed (and I sometimes I no longer wanted). I never wanted to be in the center of attention. Although I never had problems speaking in public and being myself.
A Day Before the Birthday!
I thought I would have the time to relax the day before the event. When Cecille called me, she asked me if I was already doing my mani and pedi. Haha. I was so stressed about the little details.. the games, prizes, jars, and who would bring them. But still, I braved the Manila Traffic to find a dress or costume to wear. I wanted to do a Hedwig but I just couldn’t find the perfect white dress. Plus, I thought I wouldn’t be able to wear a white dress again. I decided to wear a black romper. When Paul asked me who I was portraying… err, okay Dementor. Haha

The night before the party was when I thought of the words that we would use for the Pinoy Henyo game. They wanted it to be Harry Potter themed but that would be too easy. I thought of words that my friends and I can relate to. It was funny though that the client disapproved an actor’s name 🙂 Err.. he might probably ask for royalty of sort.

An Hour Before the #HarryBirthdayRuth Party!!!

When I arrived in Lola Cafe for my #HarryBirthdayRuth party, it felt like walking in the Great Hall once again. I wanted to cry, jump and hug everyone who made it exactly how I wanted it to be. 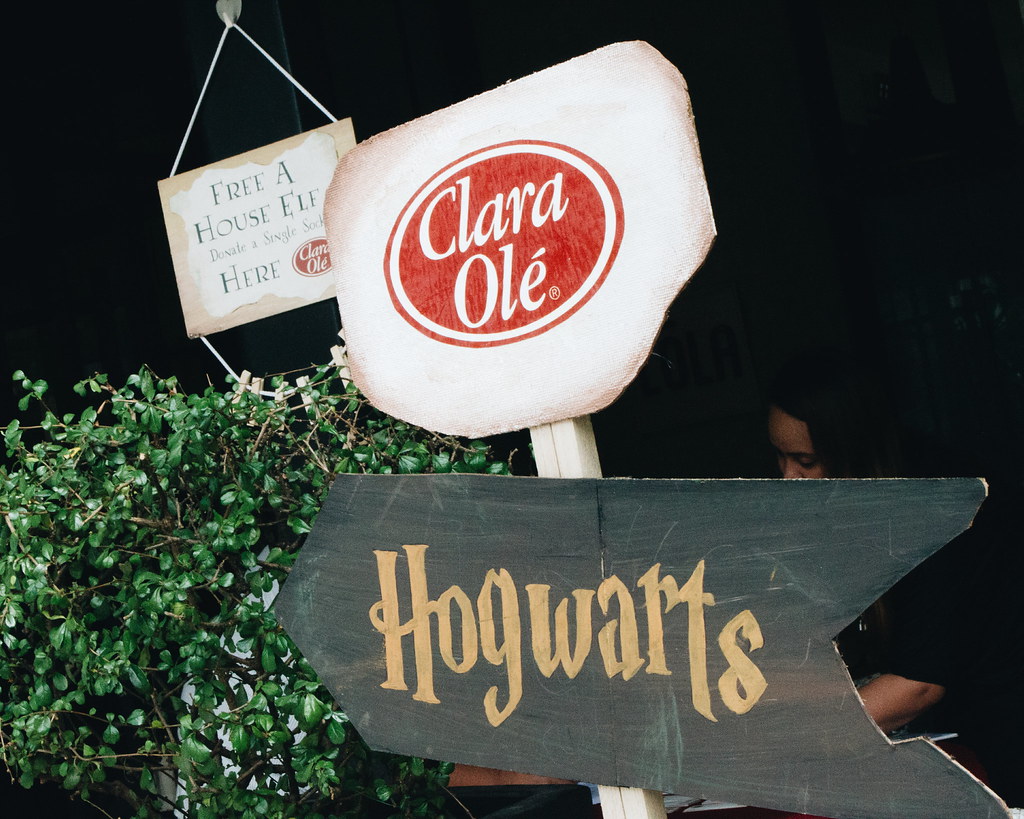 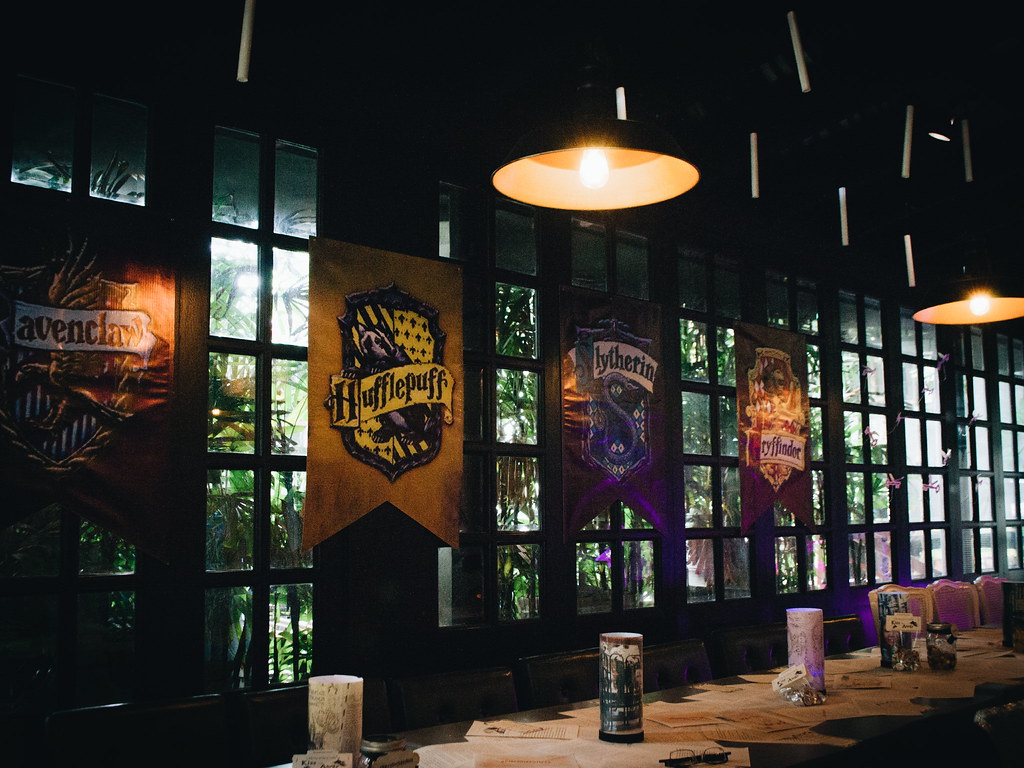 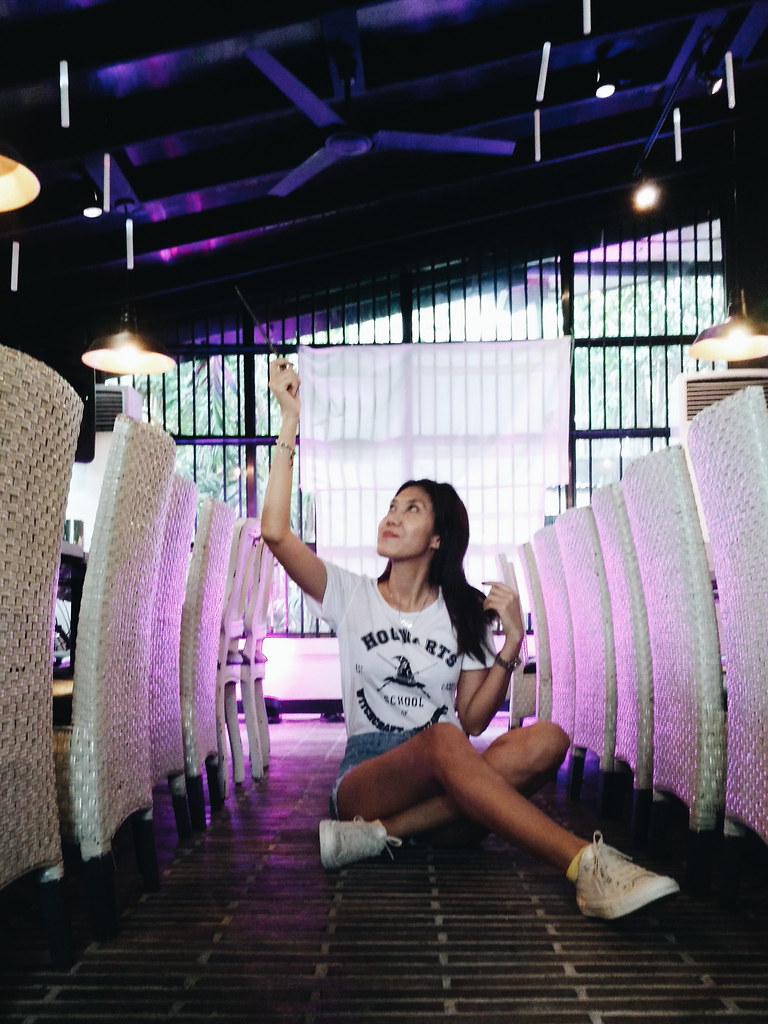 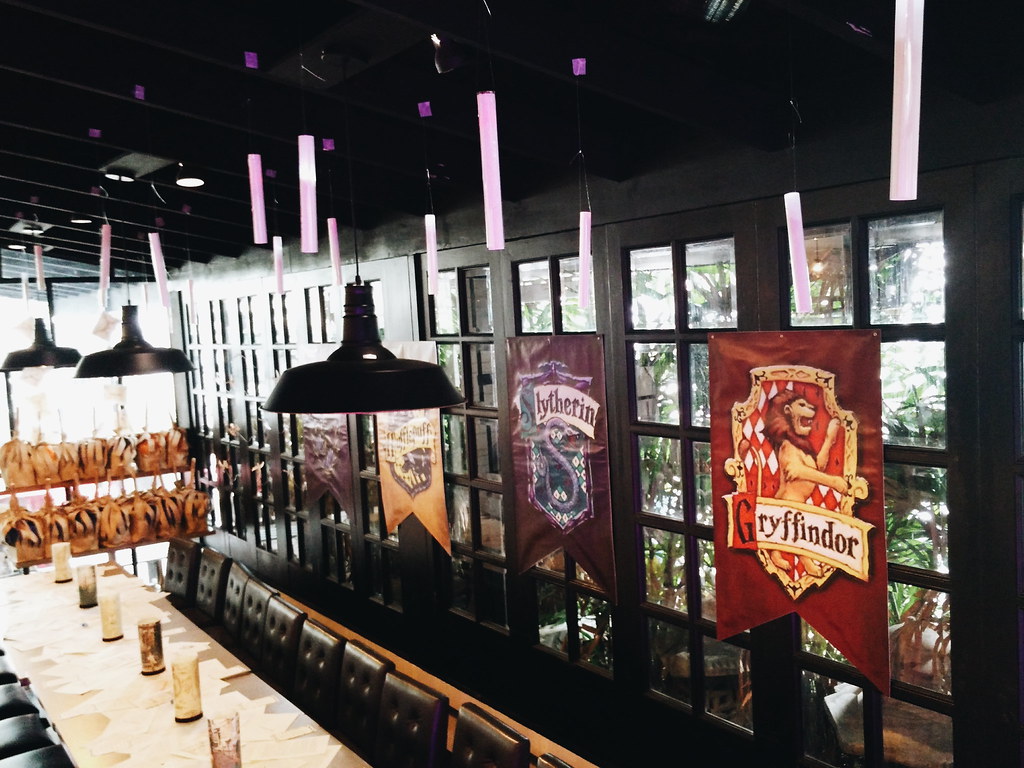 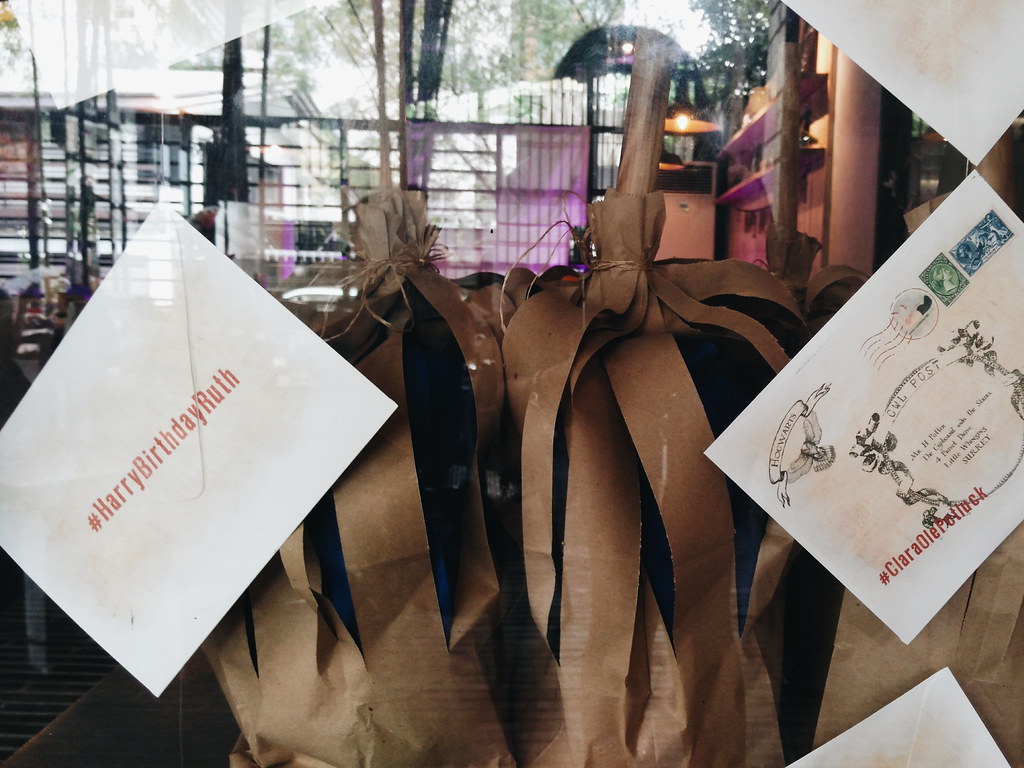 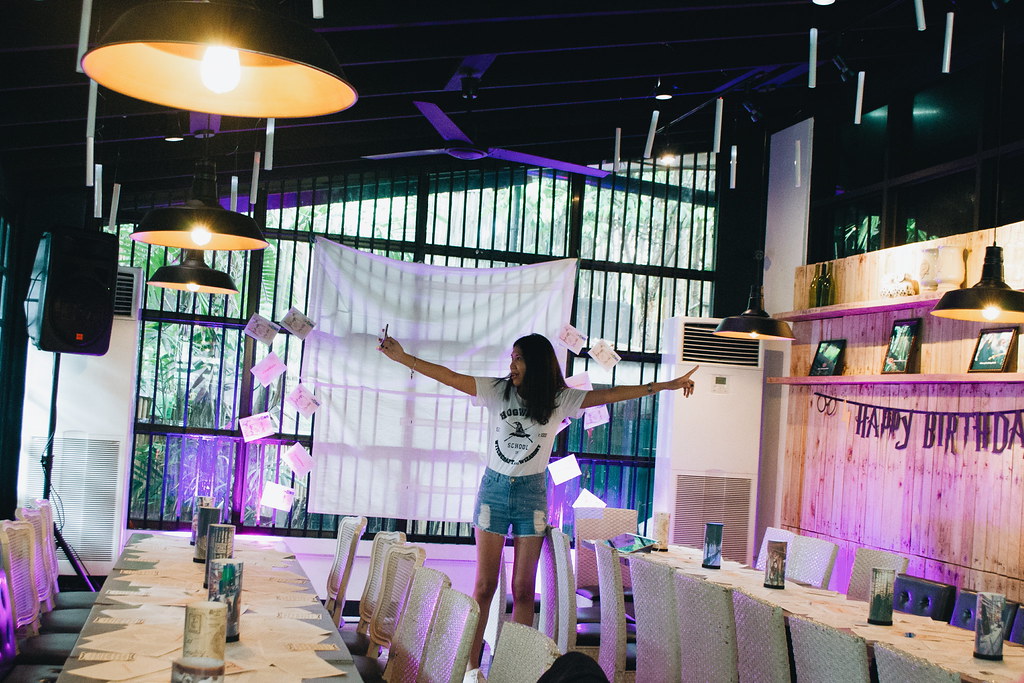 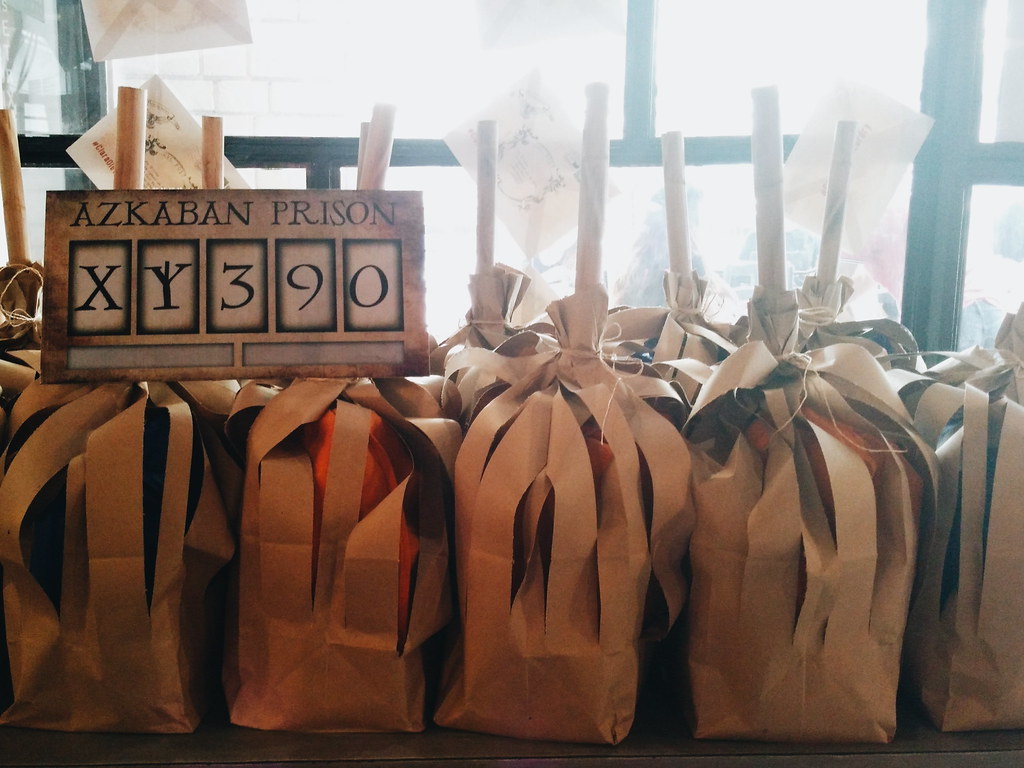 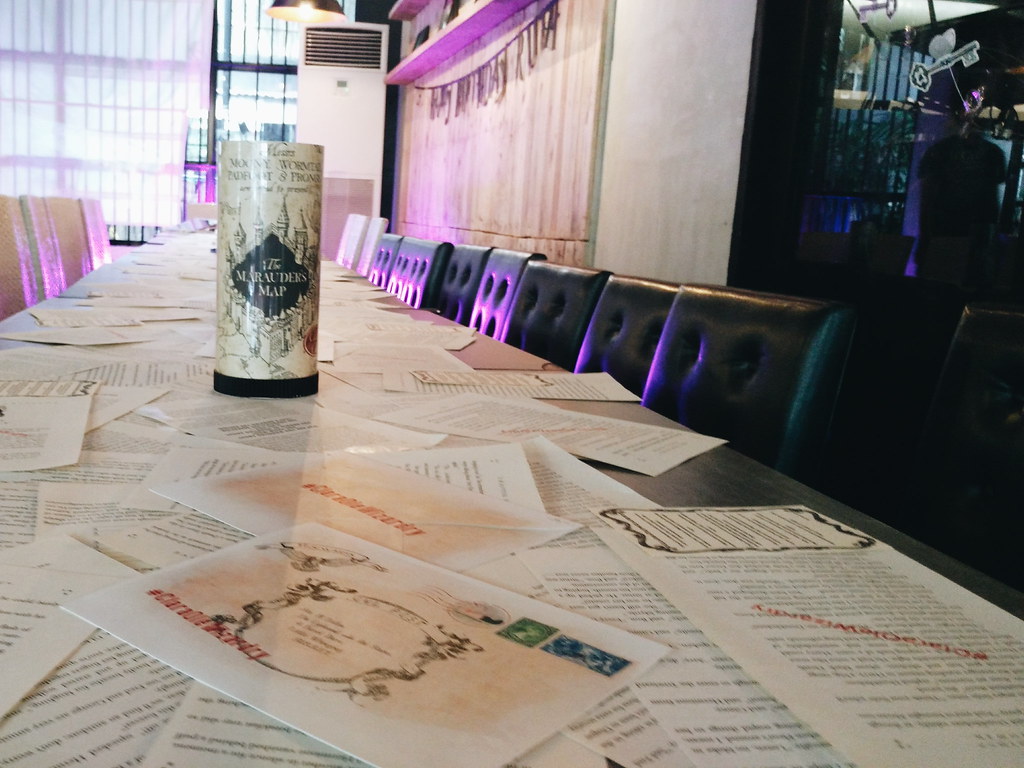 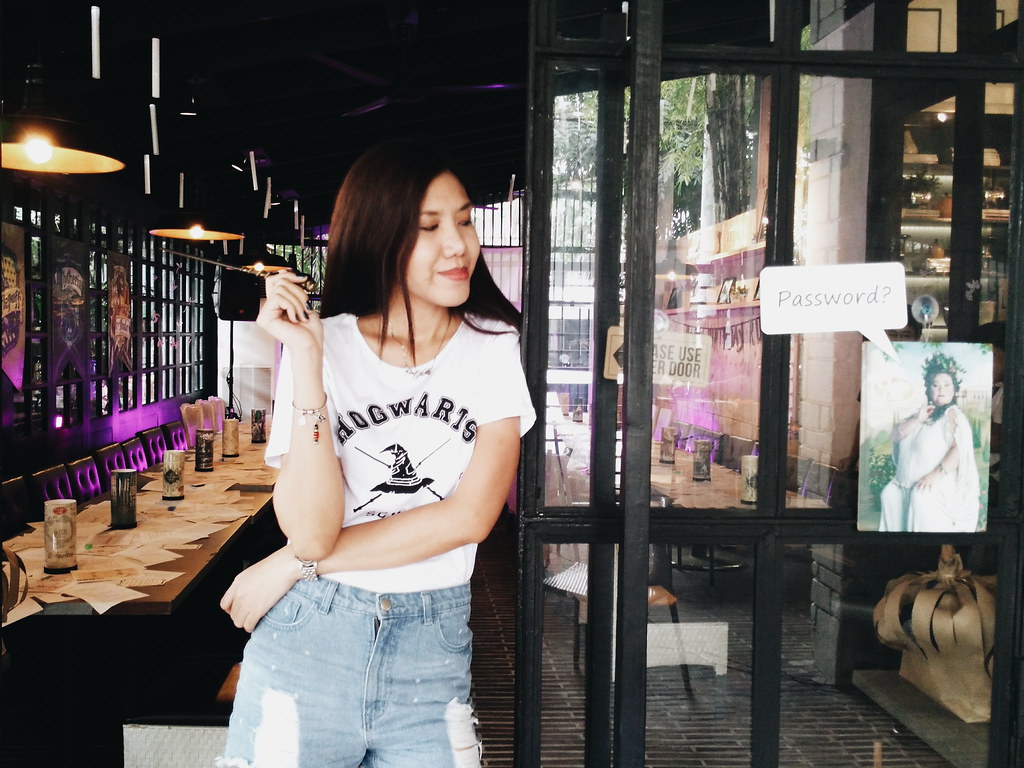 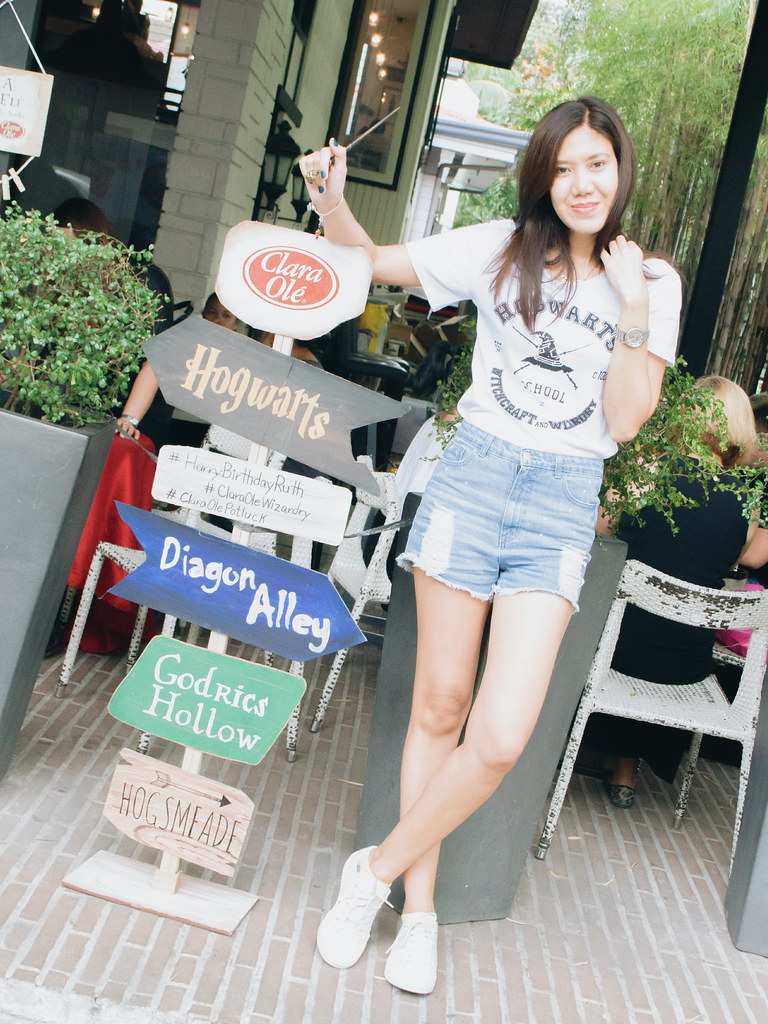 Please support my lovely sponsors and follow their other projects:

Before the Party Started…


** Photos are from the party are from Arum Daum Design.  Some photos are personally taken by me. If you will use any of the photos for your blog, please give a link back to this site and Arum Daum.