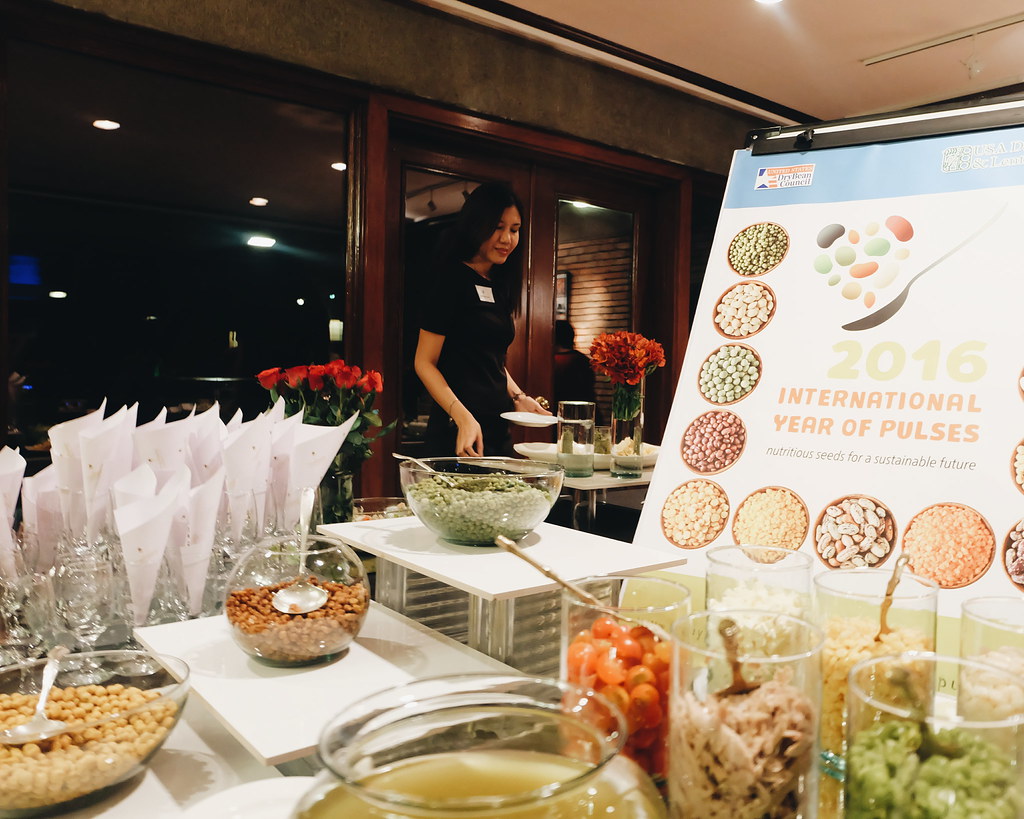 It is not everyday that you receive an invitation from the Ambassador of the United States of America to the Philippines. It is not even in my lifetime that I imagined attending a trade reception in the Ambassador’s residence.
Ambassador Philip Goldberg opened his doors to members of the press and key people from the food industry to talk about pulses. I was actually clueless about what the event was all about. I thought I would be reprimanded for writing about “how to charm the US Consul” when applying for US Visa. The key words that night were “pulses”, “beans”, and “superfood”.

#bloggermail is not from Hogwarts but from the Ambassador of United States of America 😱💖 We are meeting not just a Brand Ambassador tonight 😂 Given a chance, what one question would you ask him? #thisisruth
A photo posted by Ruth dela Cruz (@ruthilicious) on Apr 18, 2016 at 8:51pm PDT

Pulses refer to dried peas, lentils, beans and chickpeas. Interestingly, US Embassy’s scope doesn’t just end with immigration (and denying your application) but they also handle exporting and strengthening economic ties of both countries. It was such an honor to be invited to such an event and spread awareness about Pulses and its nutritional benefits as Superfood. 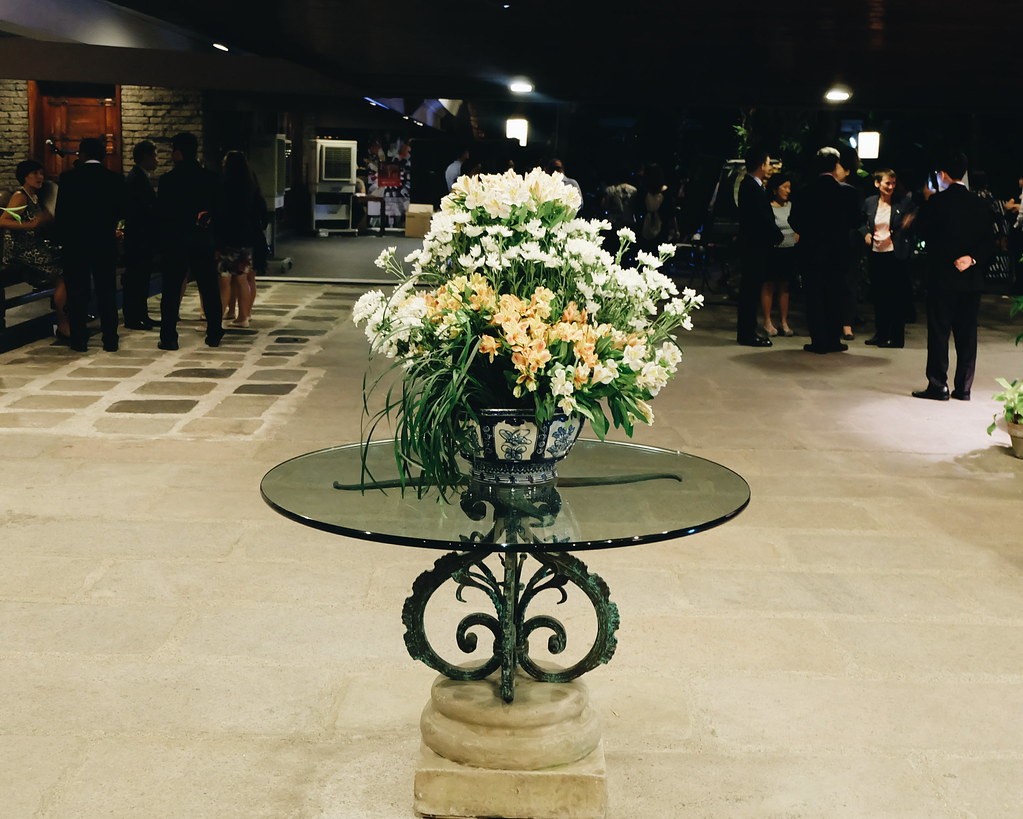 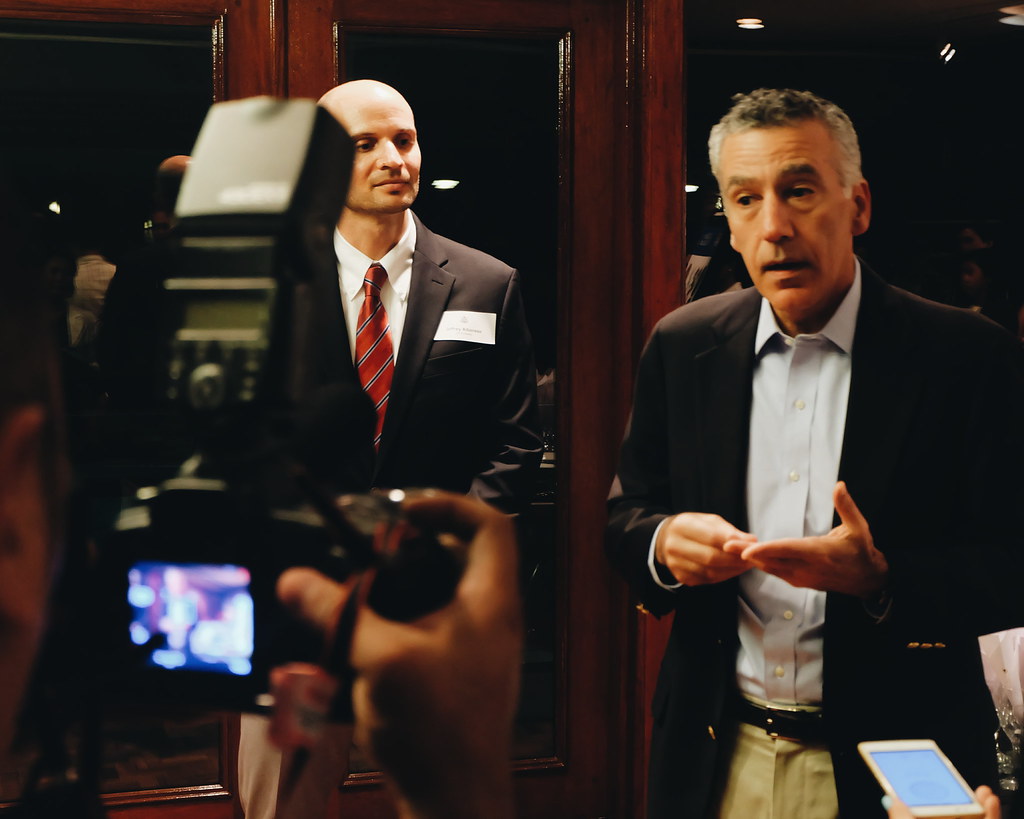 I was amazed with the discoveries about Pulses and US Embassy – probably, we have the same level of amazement with the US Embassy team as they asked us about blogging and what we do for a living. We met a lot of fine gentlemen from the US Embassy team who (surprisingly) love the country’s weather (but, not the traffic) 🙂
We were treated with exquisite spread of canapes and dishes made with “pulses”.
It was one rare occasion when I had so much beans and peas in one sitting.
I love how versatile pulses are. I indulged on beans, peas and lentils in different forms and textures that night. I heard that it is high in protein and makes it a perfect substitute for meat (vegans, rejoice!) 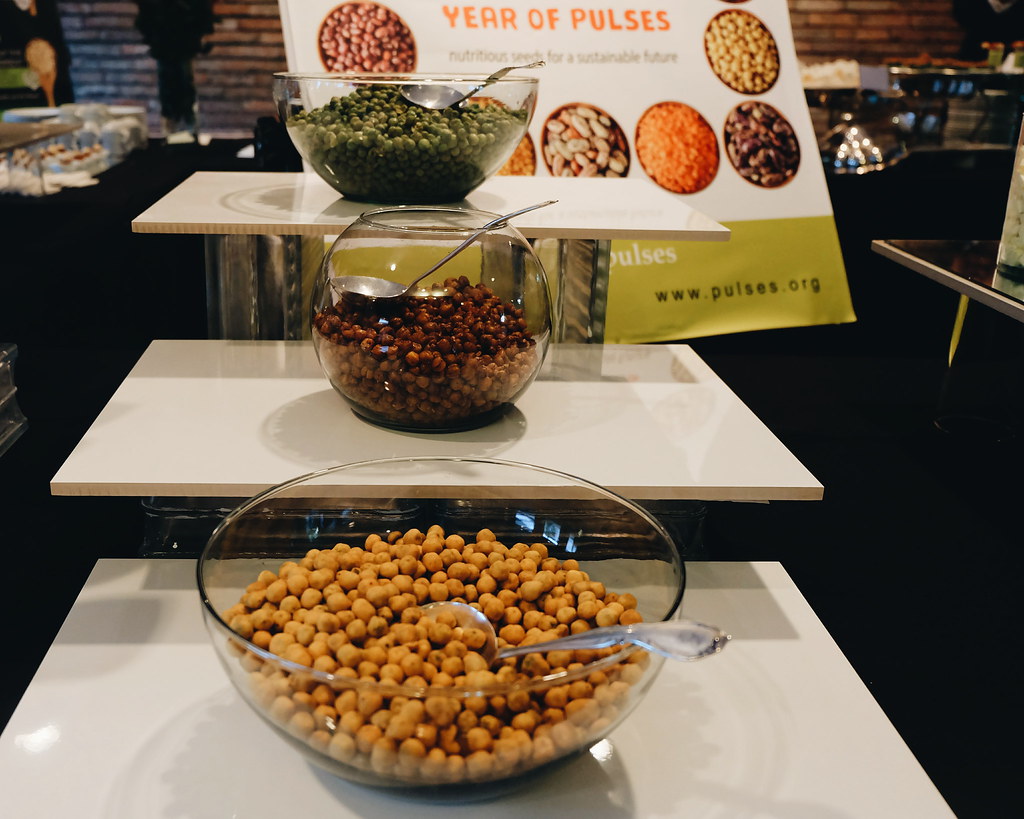 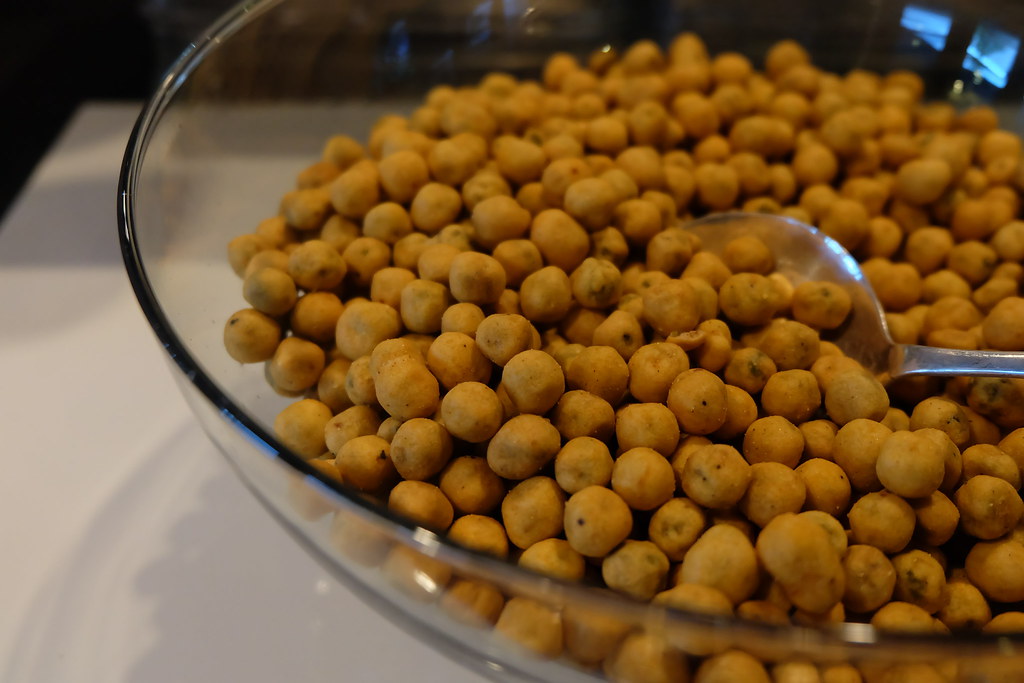 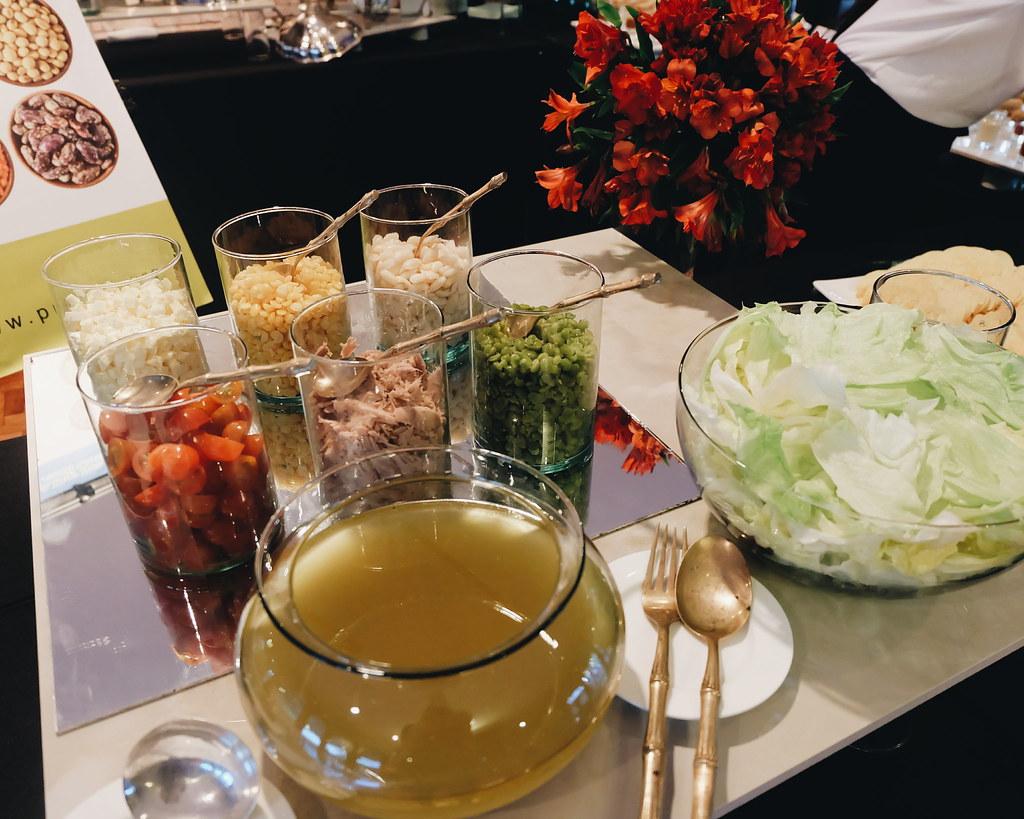 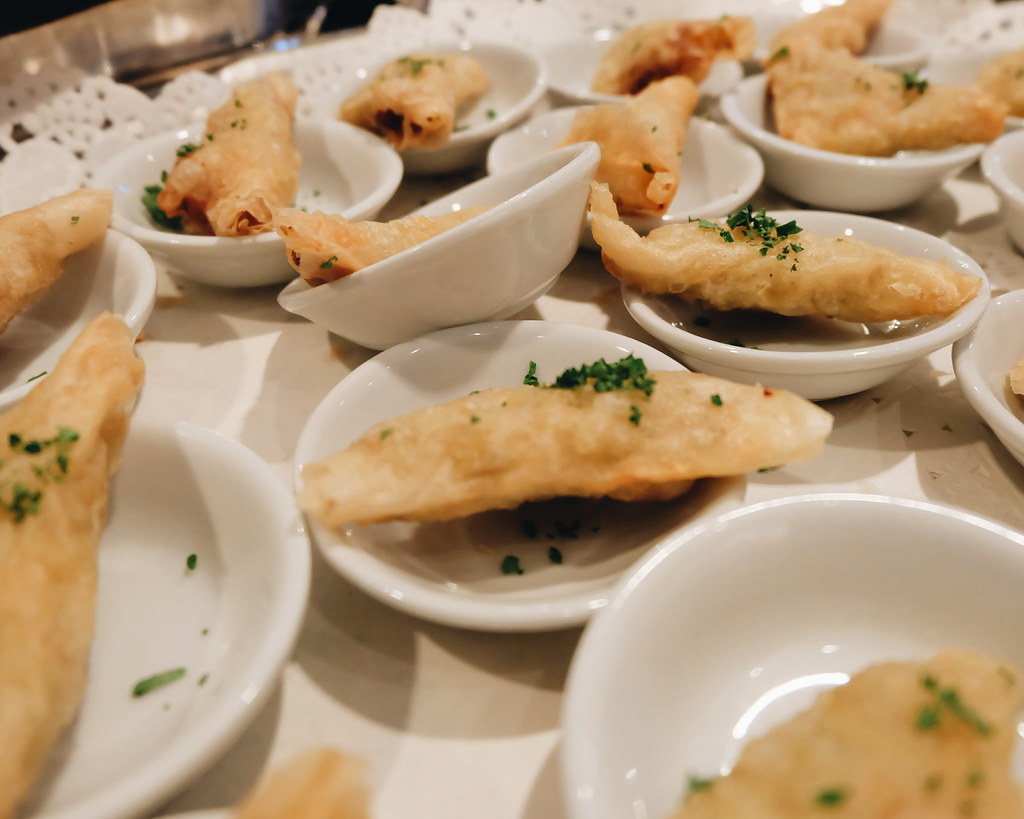 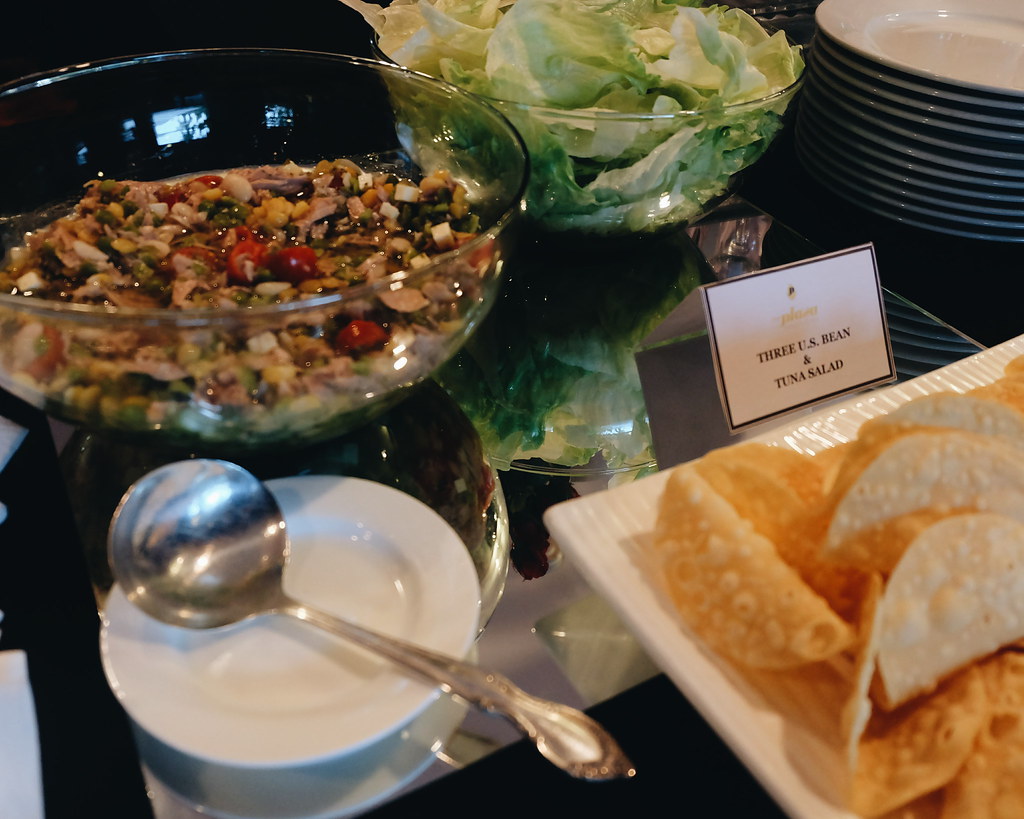 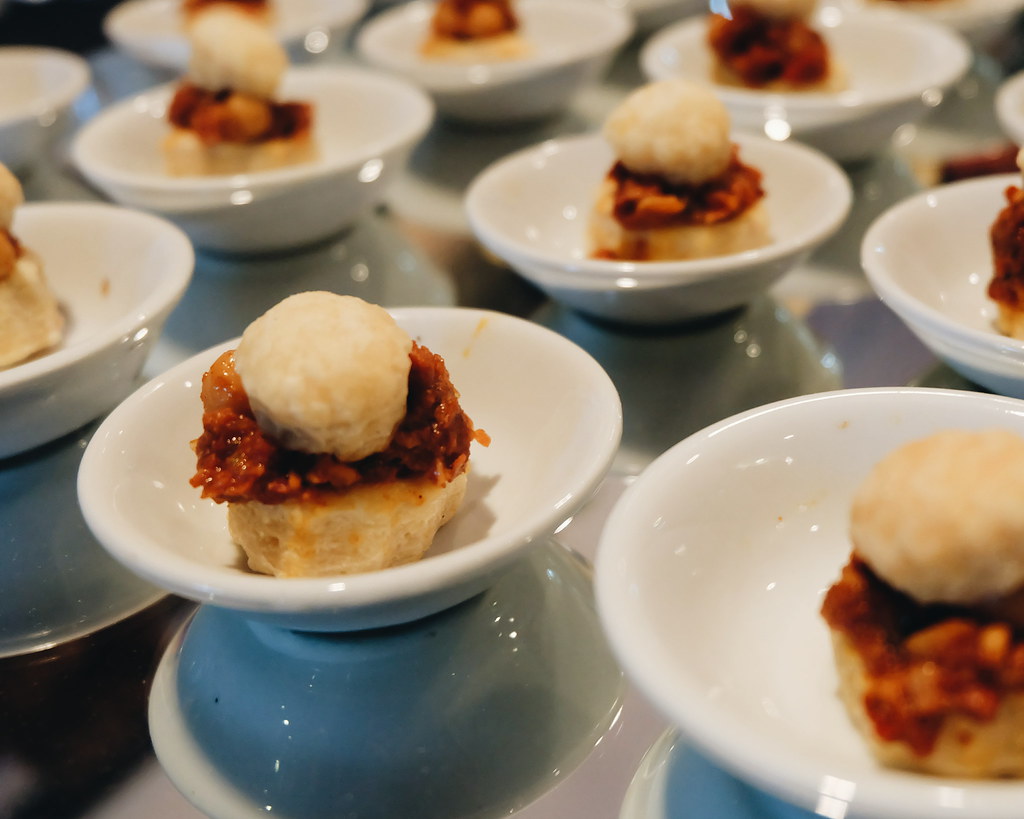 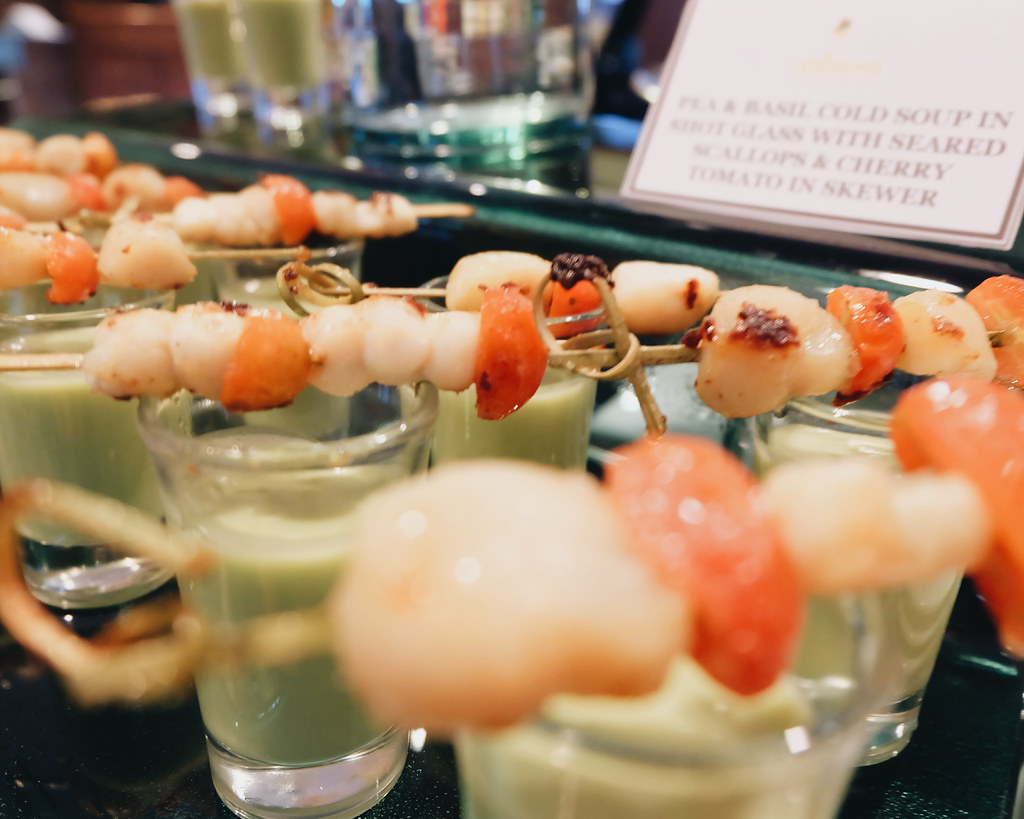 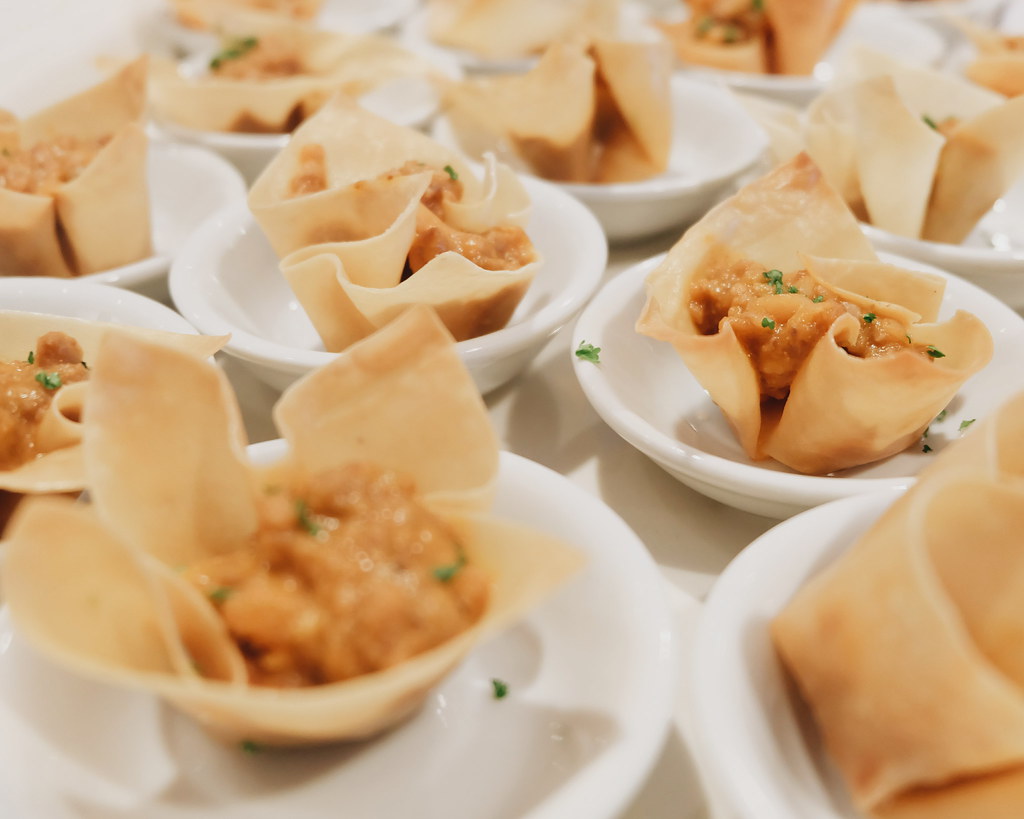 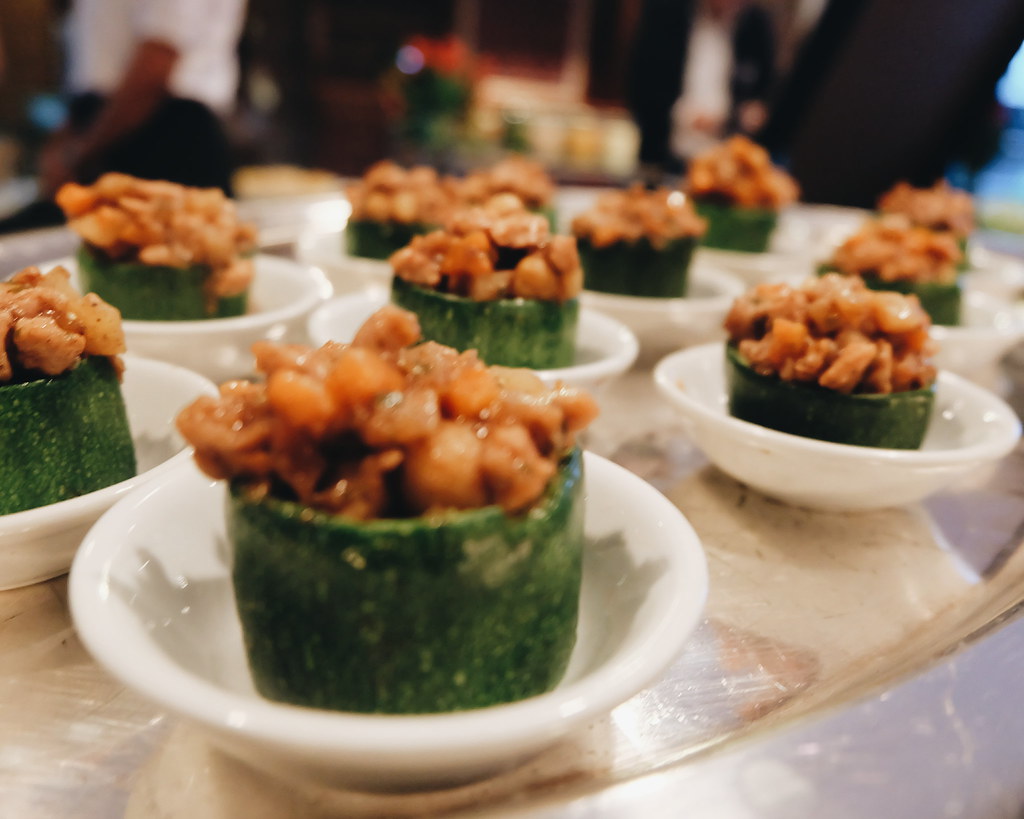 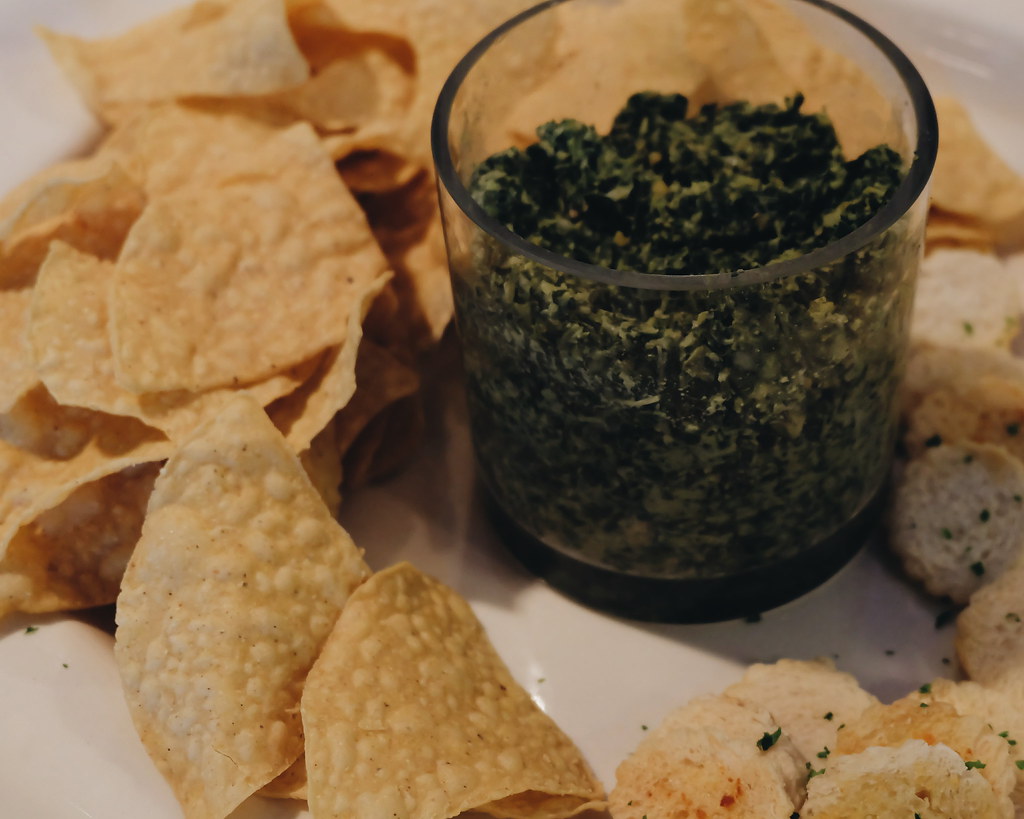 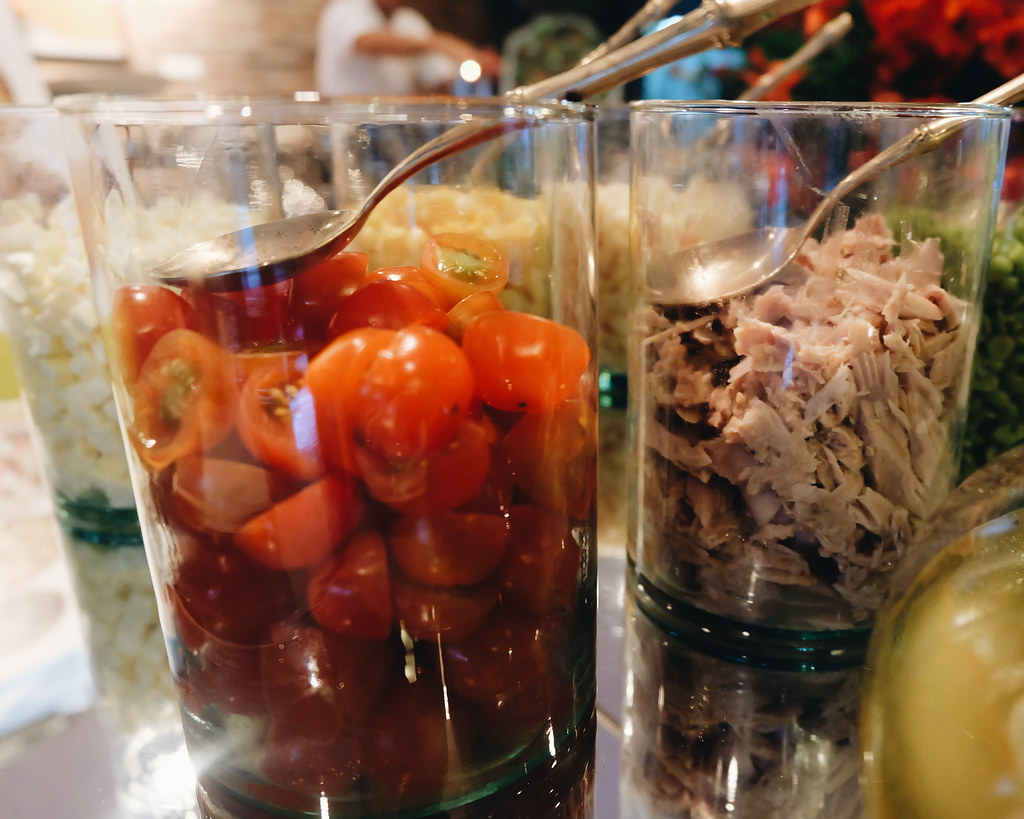 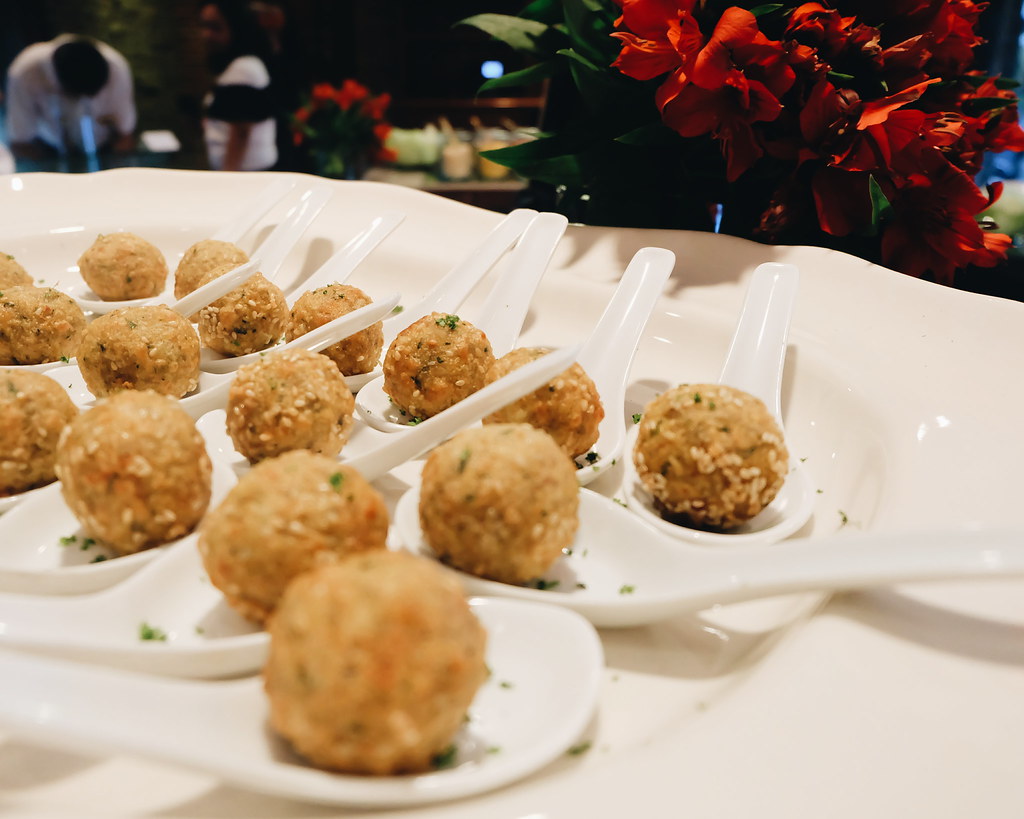 Superfood is such a superlative adjective to describe “pulses” , but there is no exaggeration when we talk about its benefits.
Good source of protein – lentils deliver double the protein per serving of quinoa
Excellent source of Fiber – Dry peas have 4x more fiber than brown rice
High in antioxidants – per serving, red kidney beans have higher antioxidant content than blueberries and pomegrante juice
Gluten Free, sodium- free, cholesterol-free
Iron- rich – one serving of chickpeas contain more than twice as much iron as one 3oz. serving of chicken breast
Good source of Potassium – one serving of dry peas contains as much potassium as a banana
Excellent source of folate – chickpeas conatin 3x more folate per serving than kale 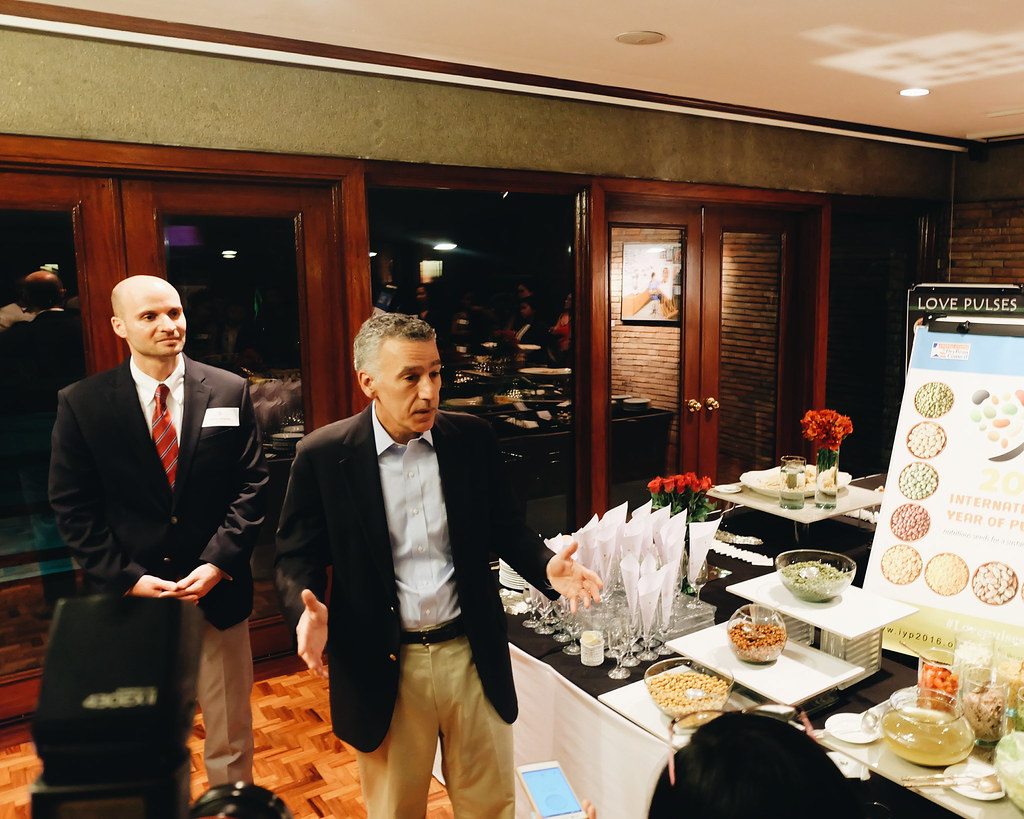 Digging deeper and understanding more about pulses, I learned that pulses crops are:
Natural Fertilizers – pulses enrich the soil where they grow, reducing the need for chemical fertilizers
Drought-tolerant and frost hardy – pulse crops can grow in harsh environments
Gives low Carbon footprint – pulse crops have a lower carbon footprint than many other food groups, including most meat and grain products.
Water-efficient source of protein – pulse crops require little or no irrigation. It only takes 43 gallons of water to produce 1lb of pulses compared to the  1,857 gallons of water for 1lb. of beef
We also got to meet the key people from the Pulse Association of the Philippines which aims to strengthen the link between U.S. pulse producers and Philippine food industry stakeholders. The Pulse Association will work with local farmers, government, industry, academe, the press, and others to promote pulse-based foods in the Philippines.
Ambassador Goldberg also encouraged everyone take the “Pulse Pledge”  to commit to eating pulses once per week for 10 weeks and receives recipes and small prizes along the way.
Check out www.pulsepledge.com for details. 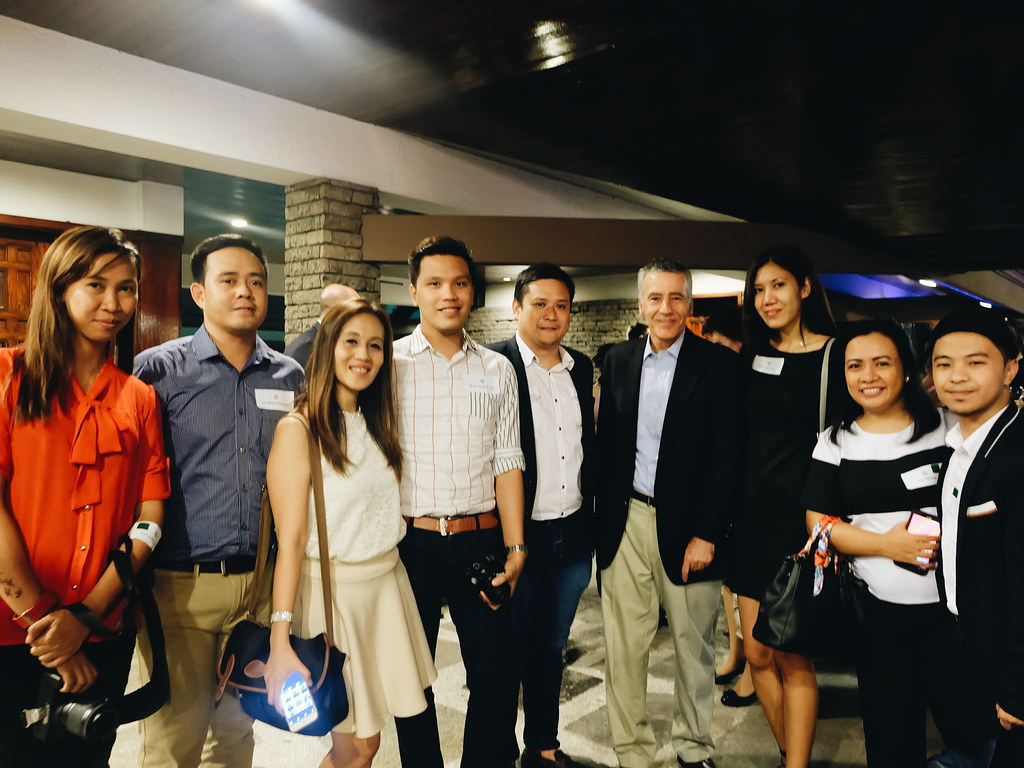 When I finally got the chance to meet Ambassador Goldberg, I only had one question for him..
If I may have a photo taken with him?
And he obliged.

#aboutlastnight with @AMBGoldberg Ambassador of United States of America in the Philippines. Such an honor to be invited in his residence and know more about #pulsesph and how it helps the country’s economy. More about it on the blog www.ruthdelacruz.com soon 💖💋 Keep following for more #vip and events access 😱😂 #thisisruth
A photo posted by Ruth dela Cruz (@ruthilicious) on Apr 19, 2016 at 7:10pm PDT

Thank you for having me and for the warm welcome US Embassy! 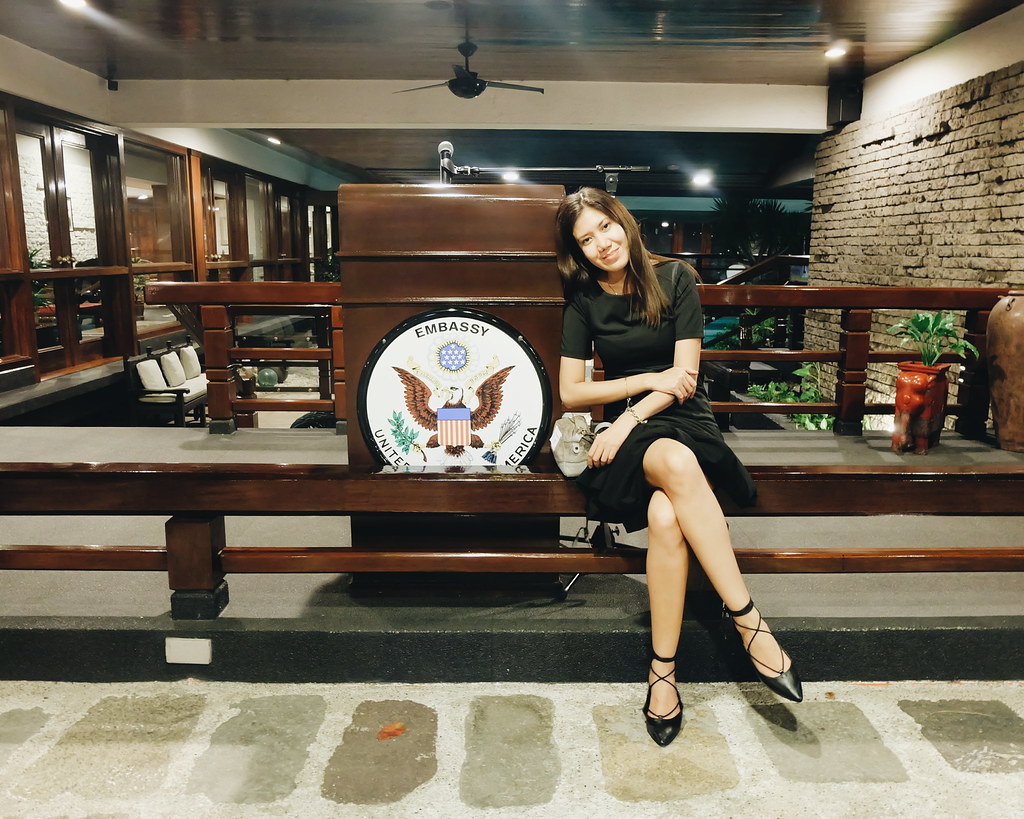 
my us visa application interview + how to charm the us consul
Enter your email address:

If you are reading this post somewhere, it is originally written by Ruth and published in www.ruthdelacruz.com.
Event Pulses US Embassy
Leave a comment