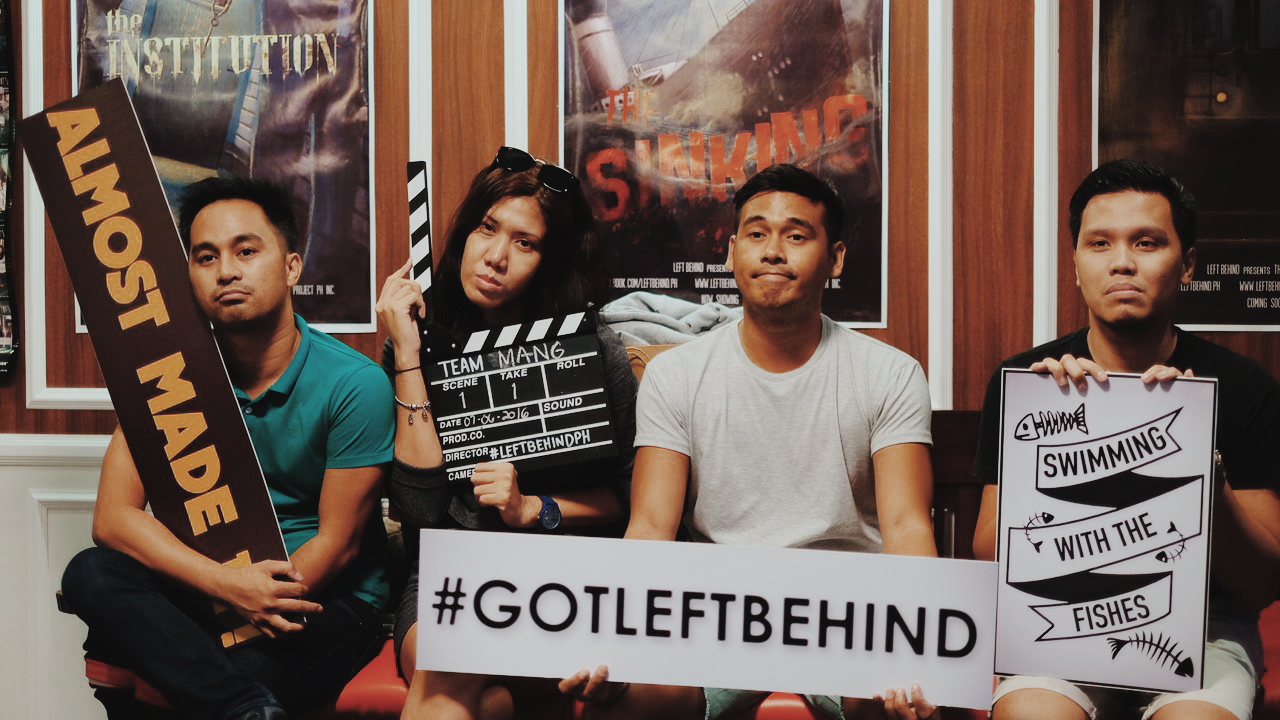 I have received several invitations to take on a challenge and try different escape rooms but it was only last week that I said Yes and allowed myself to get locked in a room with 3 other friends.

One thing is for sure, we didn’t want any of us to Get Left Behind.

Left Behind is a new real-life adventure game located in Mandala Park, Shaw Blvd (near PureGold) in which players are locked in a room and must use elements inside to solve the mystery and unlock the door.

#aboutlastnight we scared ourselves inside these two escape rooms trying to unlock and solve the mysteries. It was my first time. 🔩⚓ At times, we thought like kids solving a riddle: mostly we over thought things and clues. If this were real life scenario, we would have been dead now 😂 #leftbehind @leftbehindph How’s your first escape room experience? #thisisruth
A photo posted by R U T H D E L A C R U Z (@ruthilicious) on Jul 6, 2016 at 7:32pm PDT

I have been meaning to try the Escape Room challenge but I couldn’t just find the perfect day and availability of friends. That day when we went to Left Behind, Shaw Blvd was not even the most perfect – it was stormy, the traffic was bad, I felt like I would have my period + there were sale events in the mall!!!!

But I felt the need to exercise my brain. I remember playing Cluedo when I was younger (6 years old?). I have tried the Break Out Theater wherein we tried to solve a crime. I just want that kind of challenge more than catching Pokemon. 😀

When we got to Left Behind, we were given options which rooms to try – The Institution or the Sinking.
I was honestly more worried about not being able to concentrate on the task because of worry of wetting my pants or getting my period (girl problem!!!), especially when they said that The Institution has a scary factor.
It reminded me of the story shared by my late friend, Adrian who was handling Break Out Manila and the ghost inside one of the escape rooms. Since it would be my first time, I was paranoid with the idea of which one is real and part of the game, and which one is not?
I don’t get all cowardly about these things, I love the idea of ghost haunting and visiting old houses, but I don’t like horror houses. There is something weird about not knowing which ones are real and not.
We finally decided to take both rooms. Ha!
Talked about being brave. I don’t want to go on the details of the challenge because I don’t want to spoil the fun for you guys. Let me just tell you about my experiences inside:
The Institution
The dark room, the bed set-up, the knocking on the door and the sound effects were maddening while we were trying to figure out the code. I was watching the video that we took during the game and I was laughing at how scared I look and sound during the challenge. Again, it was because of the idea that it was my first time (and my paranoia that I might feel the need to pee – very much how I felt during my sky dive!) and I DID NOT KNOW WHAT TO EXPECT. I was so into the moment.
We got the code correctly on the first try but for some reason we couldn’t unlock it. We were able to escape the first room but failed the second door.
If this were real life drama, I would have been dead in that room. But thankfully, I got my friends who were with me (and Eddy who even held hands with me) as we escaped the first door. 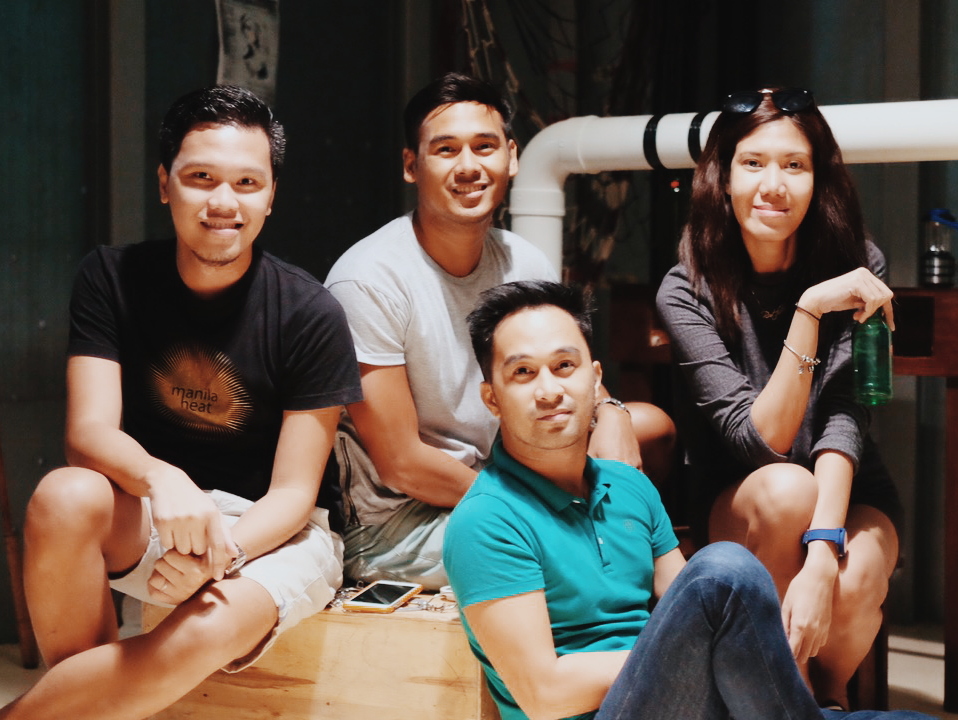 We enjoyed challenging ourselves that we said yes to try the second room. They said that The Sinking is all about team work and more of solving riddles. I was more relaxed at the second room. I kind of got used to the game (hey, this is after all more like a role-playing game).
I love The Sinking set-up and part of me was wishing I got my mobile phone with me so I can take photos (OOTDs with all the cool stuff! Goals!). But the real goal is to escape the room. It was funny to know that I was the only one in the group who know how to use and unlock a handcuff *wink *wink
Again, if it was a real life drama, I would have been dead (and I hate the thought of drowning).

The lesson learned from my first escape room (s) experience: Don’t overthink too much and observe. Know how to use a code padlock. Haha

Thinking of trying out the Left Behind Ultimate Escape Room experience? Read my tips first:
Here are some tips for you on your first Escape Room experience:
1. Make sure that you are physically fit to play the game. It can get pretty intense.
2. You must be 12 years old and above to play. Minor must be accompanied by an adult.
3. Wear comfortable clothes and shoes.
4. Take your bio-break before getting inside the room. Remember the game will be on for 45 minutes – or less, depends how soon you escape.
5. Mobile phones and cameras are not allowed inside the game room to avoid recording of spoilers.
6. Bring friends with you who can still laugh at the most distressing times! It would be much more fun! 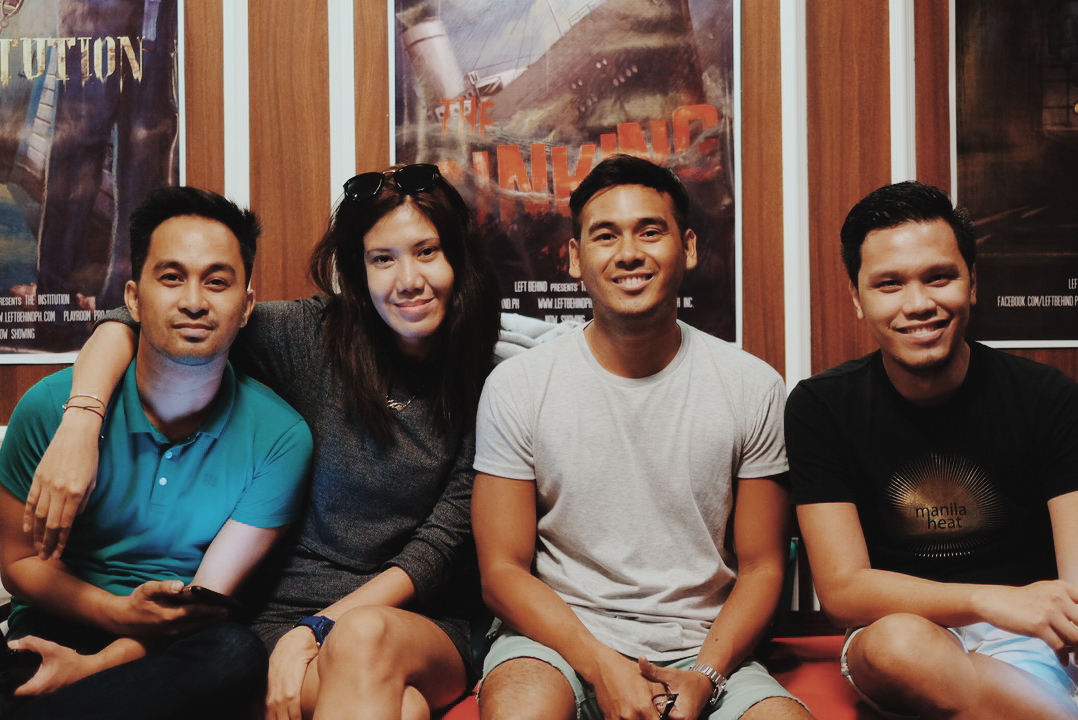 with Edward, Rodel and MJ.
I love these cuties. Always fun even if we failed the challenges.

It was my first time to try an escape room challenge and I have no level of comparison with other escape rooms in Manila, but I know that Left Behind made me feel like truly being stuck that I need to make logic on things – to survive and not get left behind. 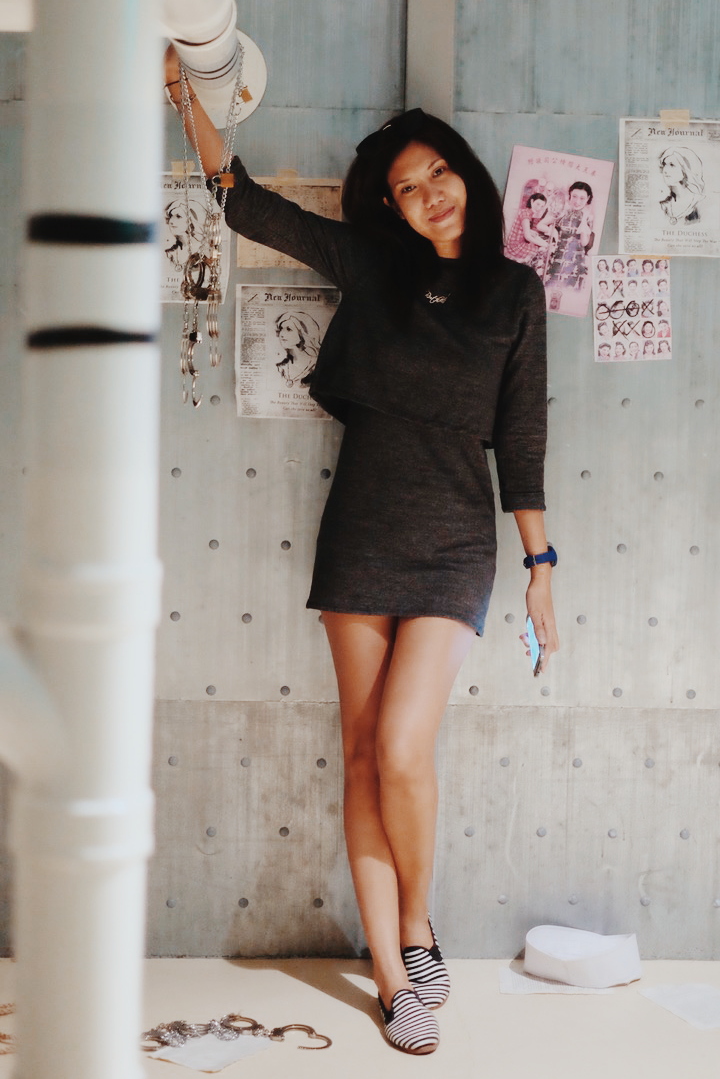 How’s your first escape room experience?
Don’t miss me. Subscribe to my blog here and receive updates from me straight to your mailbox.
Adventure Escape Room Event Left Behind
Leave a comment