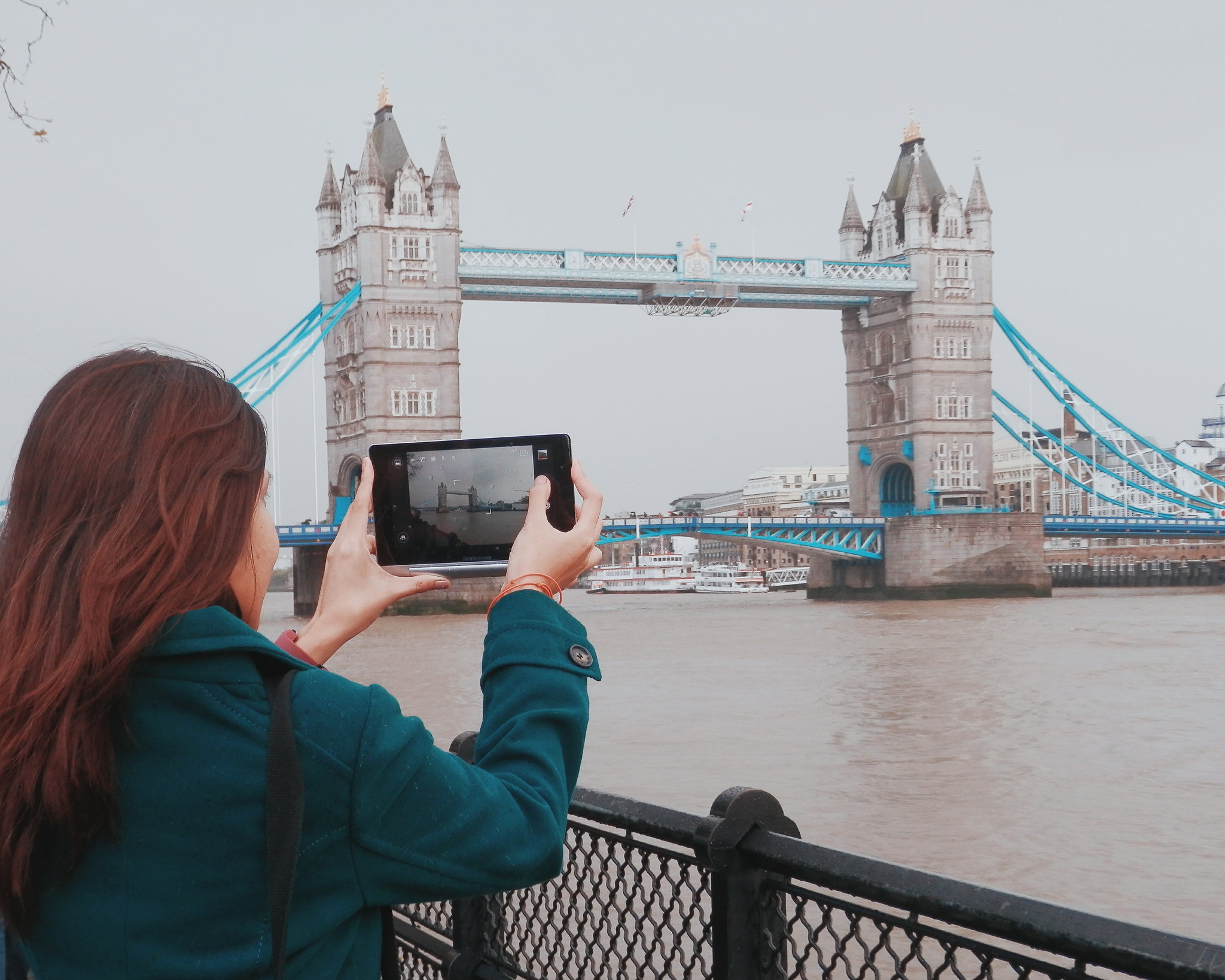 I don’t remember sleeping when I was in London. When I woke up the following day, it is as if I just rested my eyes for a few minutes to see a blank space. I want to experience every moment and minute of it. London is everything for someone who is from the other side of the world.

When you have 3 hours to spend in London, where would you go? We decided to visit the London Tower Bridge. 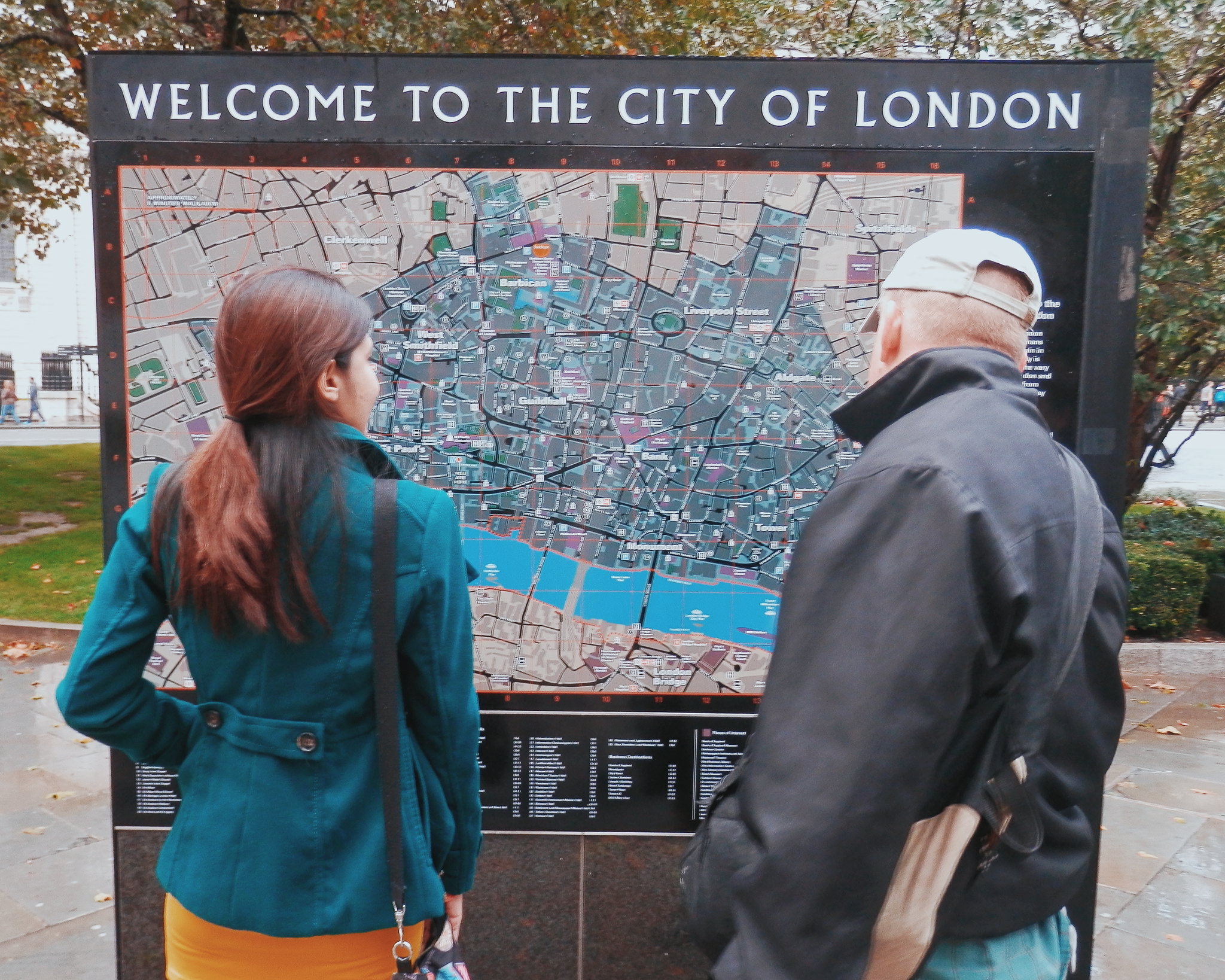 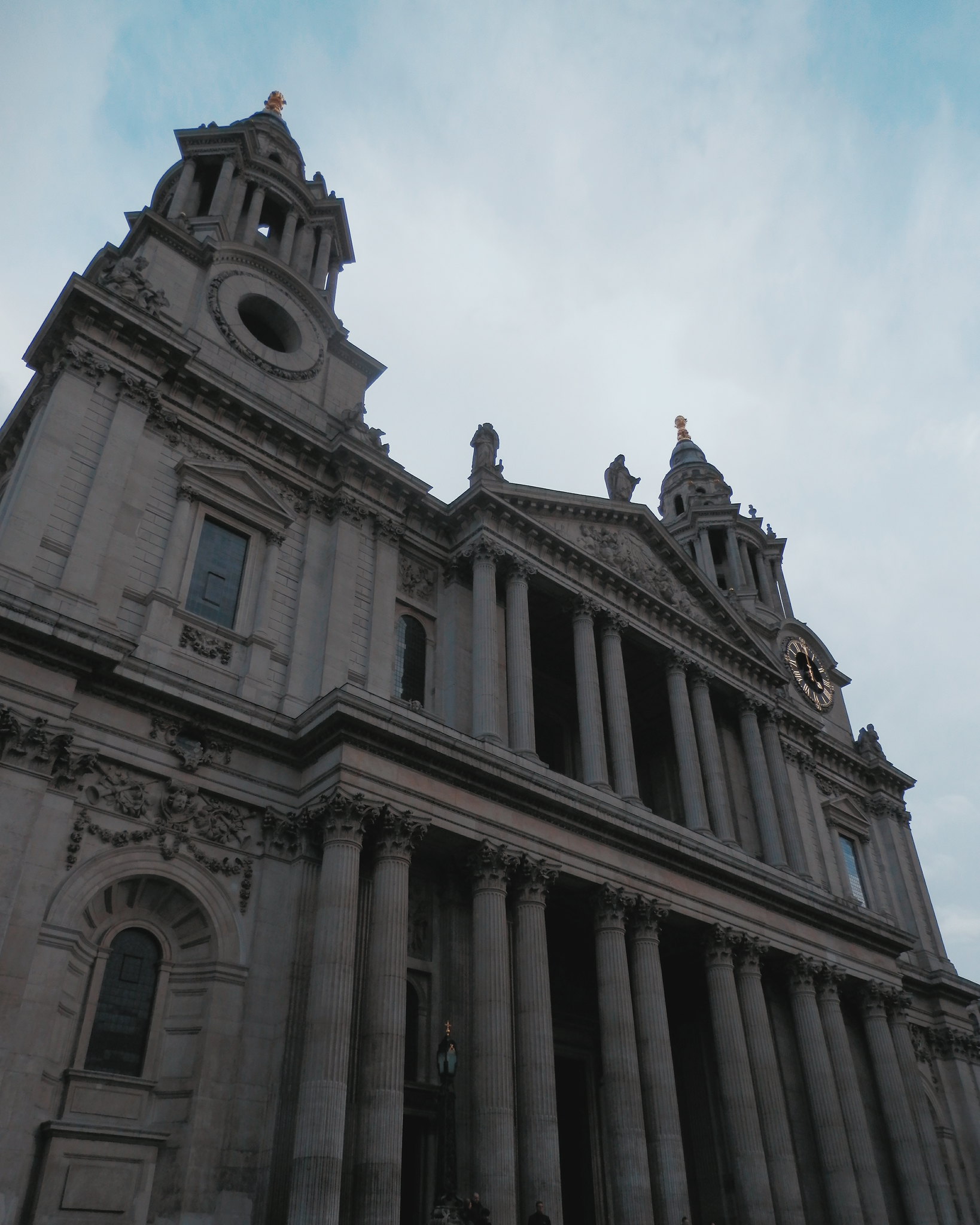 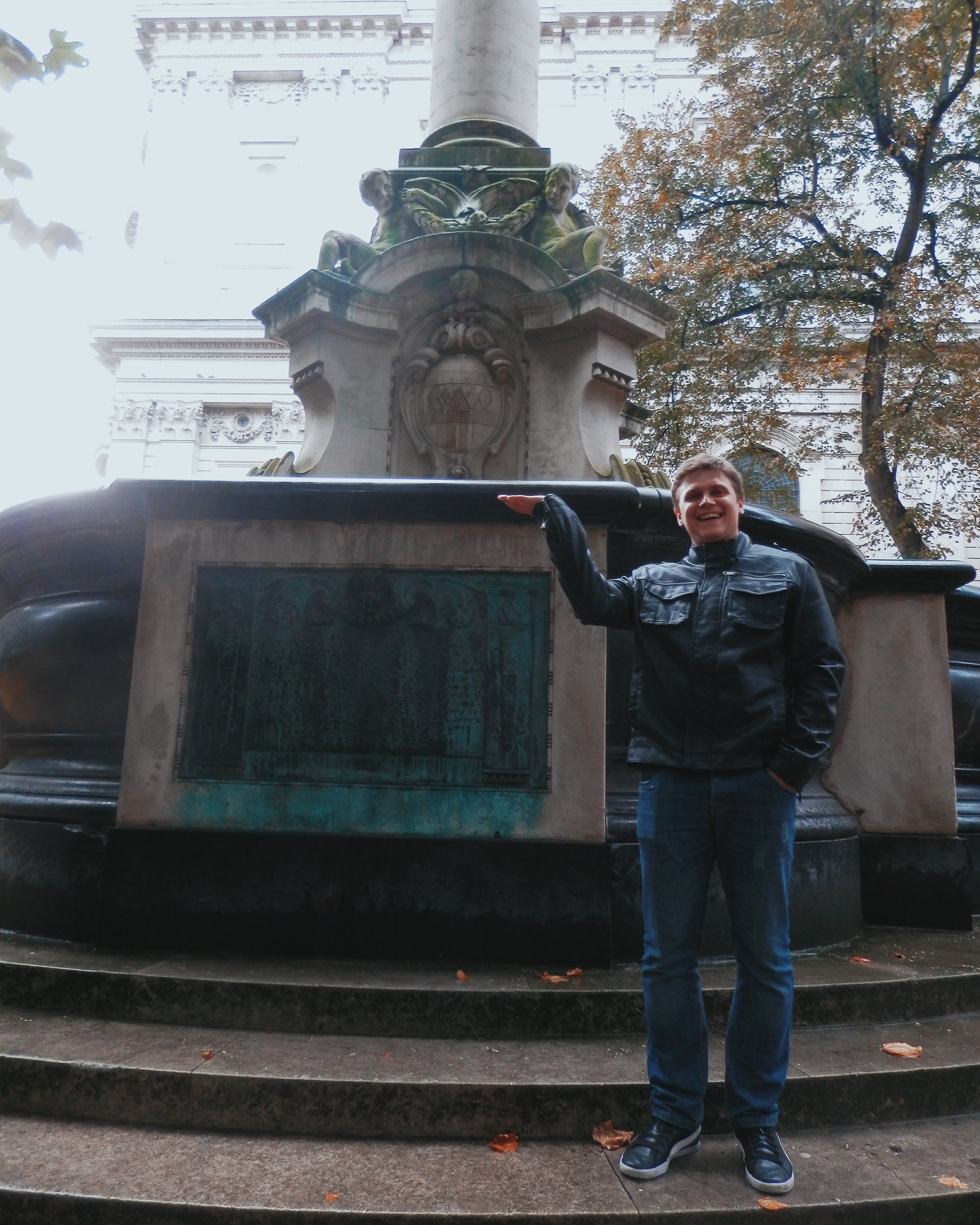 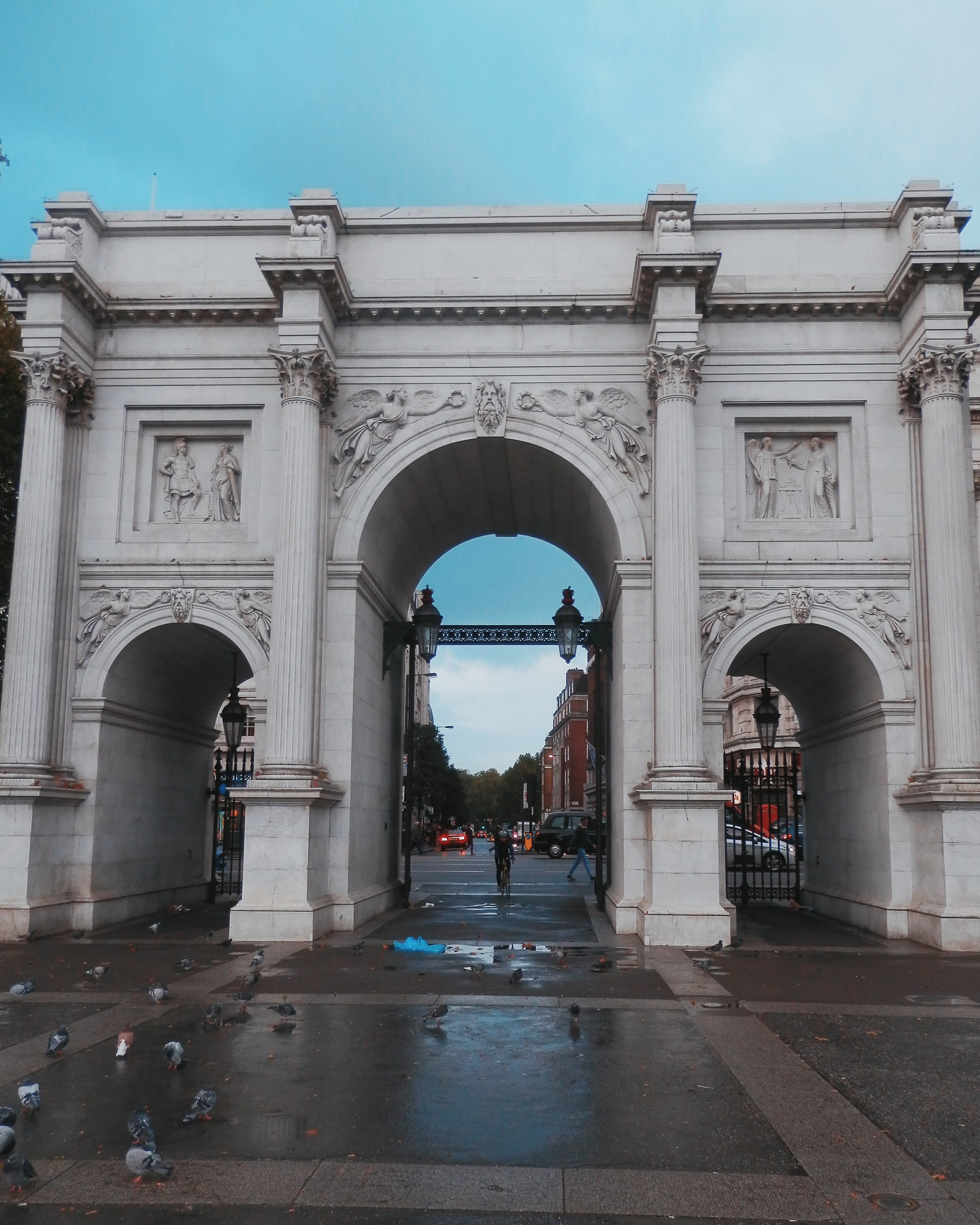 There are double-decker buses in London which tourists can take to roam around the city. But we decided to go on our own because of the limited time and unlimited ticket that we had for the subway.
From our hotel (Cumberland Hotel) in Marble Arch, we took the subway to the Tower Hills Station. Walking around the busy streets of London and its dim subway made me feel like I was part of the city. The weather in London at the time is fine chill. Even if I come from a tropical country, I don’t easily feel cold. The London weather was perfect. It was starting to drizzle when we arrived in Tower Bridge. 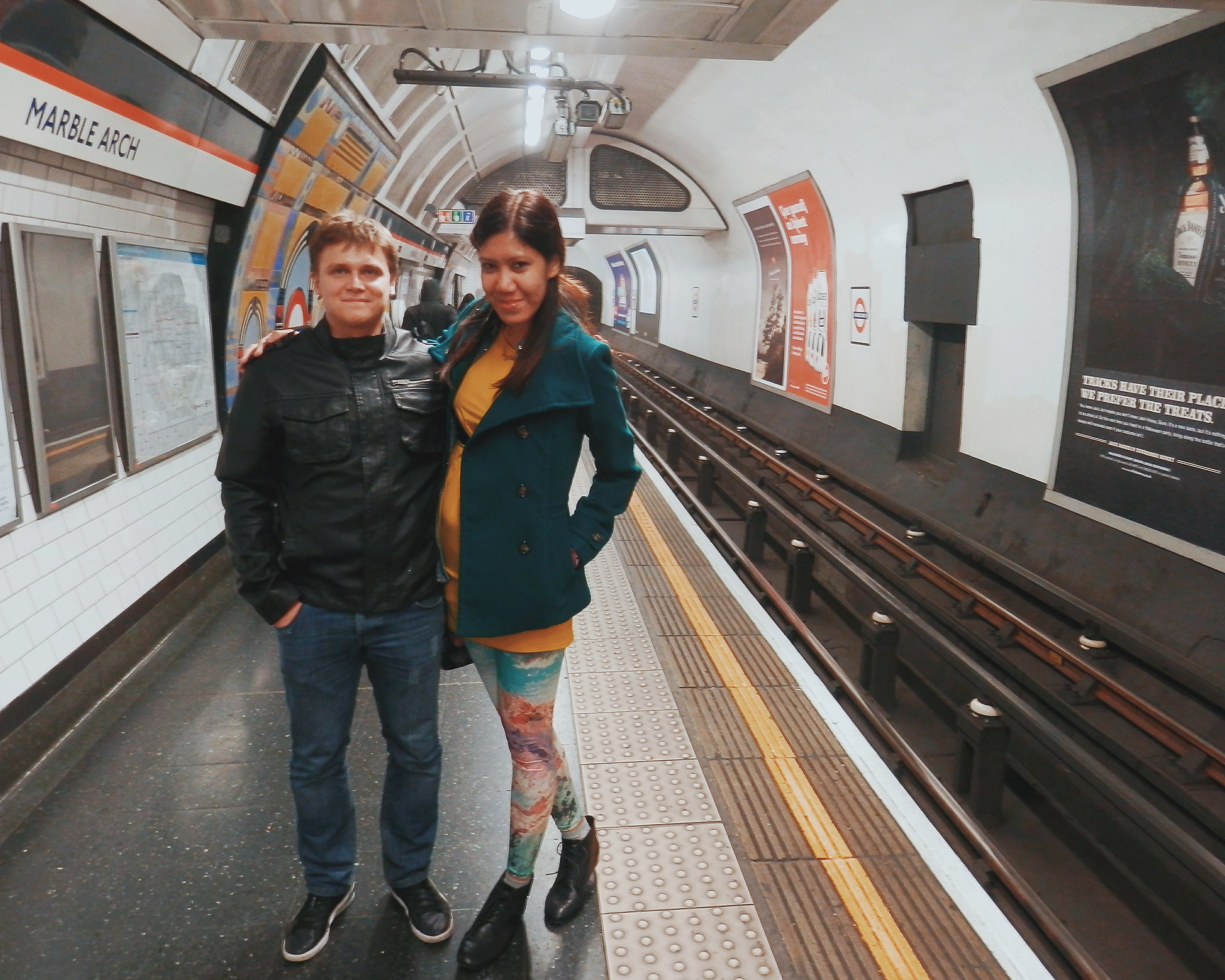 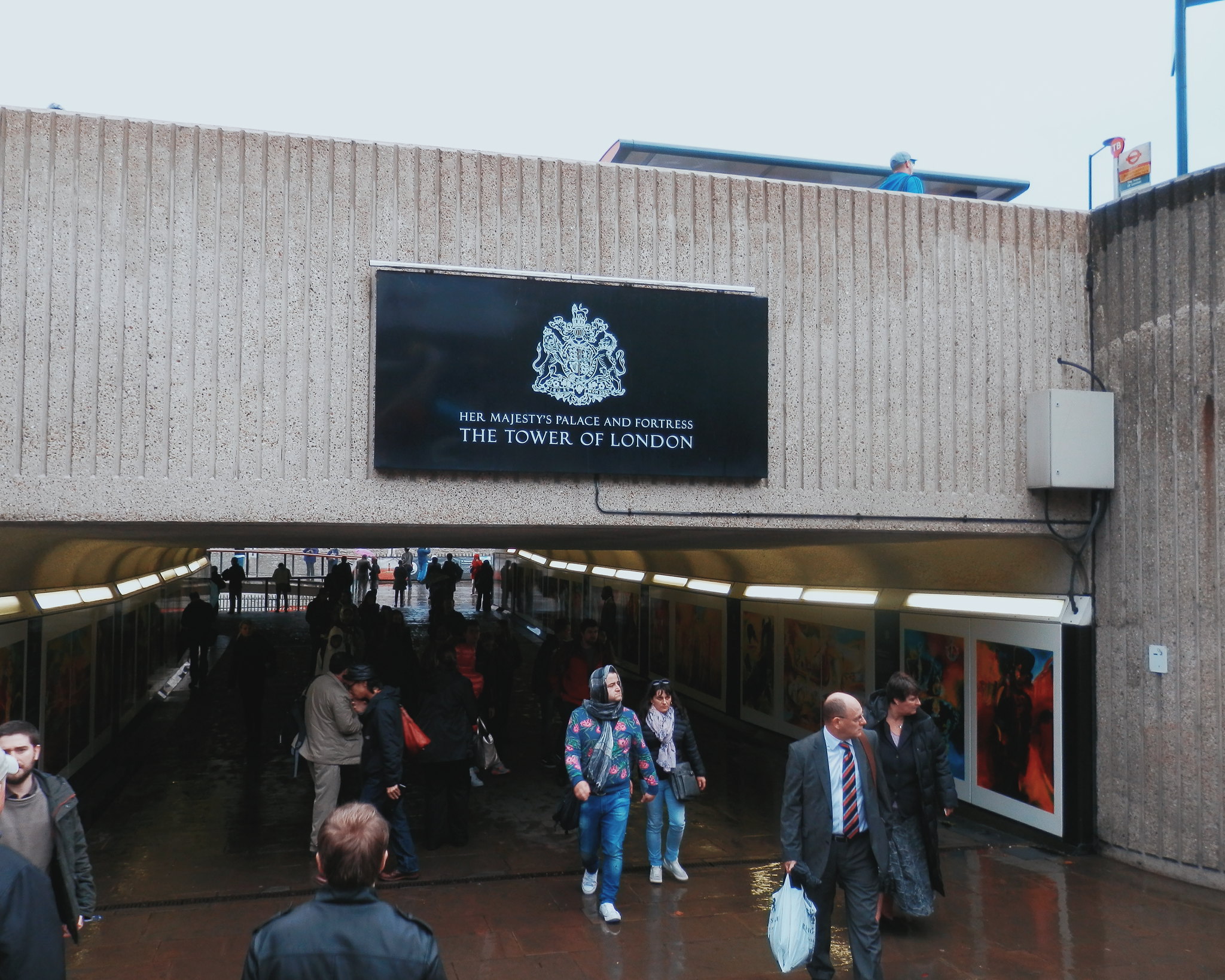 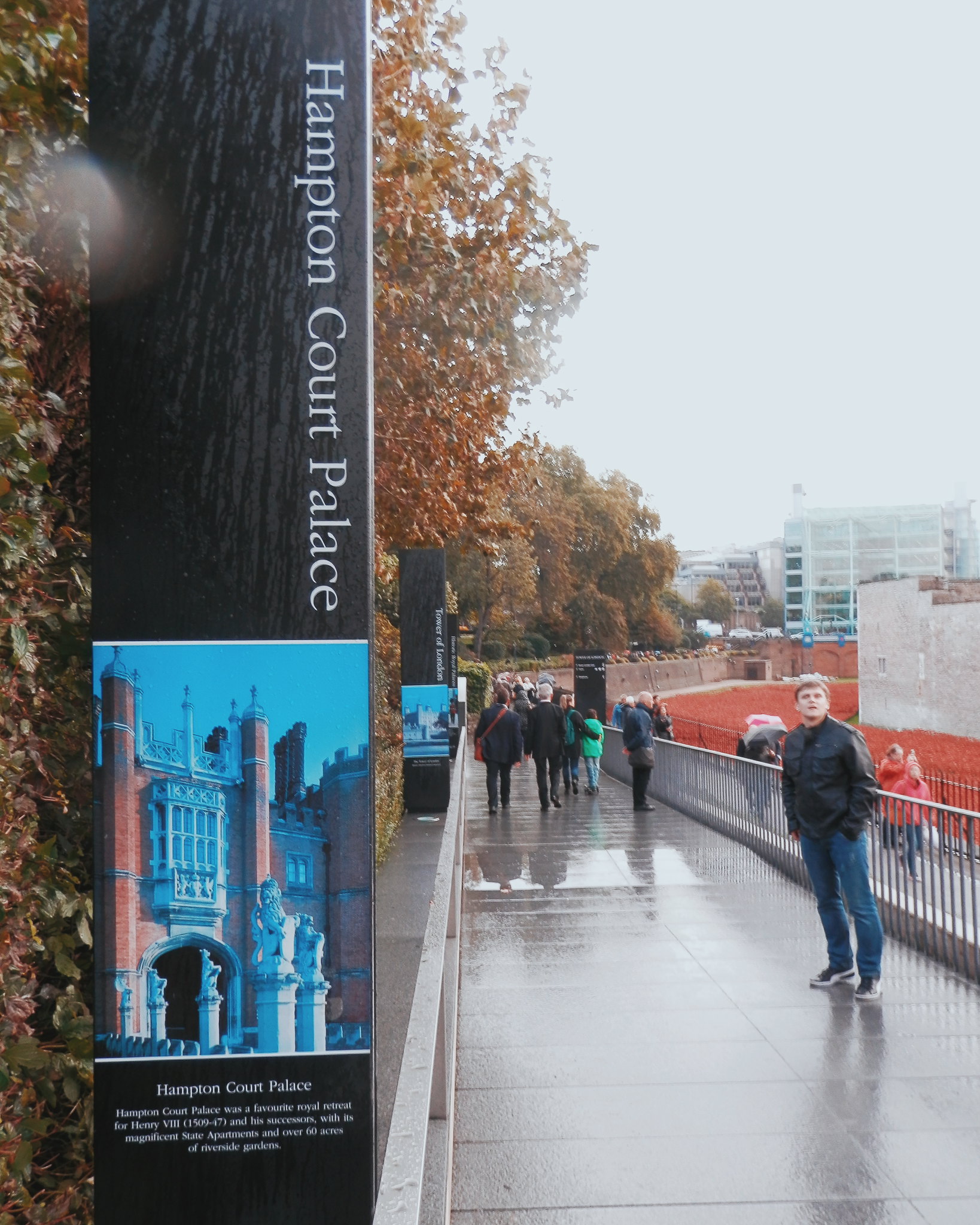 The subway is one of the much anticipated places for me to see and experience (because in Manila, trains can go really crazy during rush hour). My subway experience was pleasant even at rush hour. I had a little adventure when I went to the Harry Potter Studio.
We first decided on visiting the old church in London but it was unfortunately closed.
The Tower of London greeted us with red poppies spilling from one of the towers. The red ceramic poppies were just newly installed when we visited London. It was unveiled on August 5, 2014 (we visited October 2014). 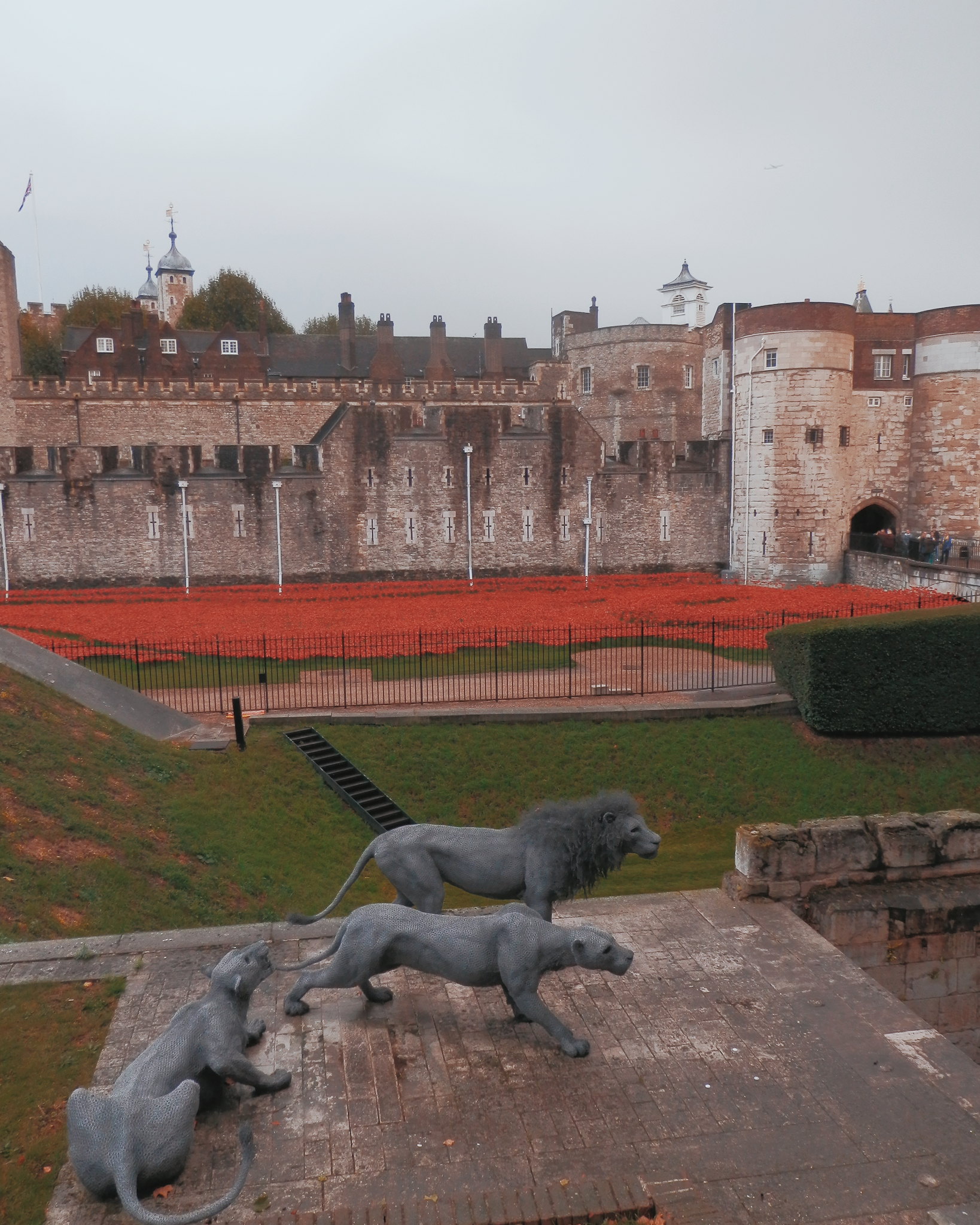 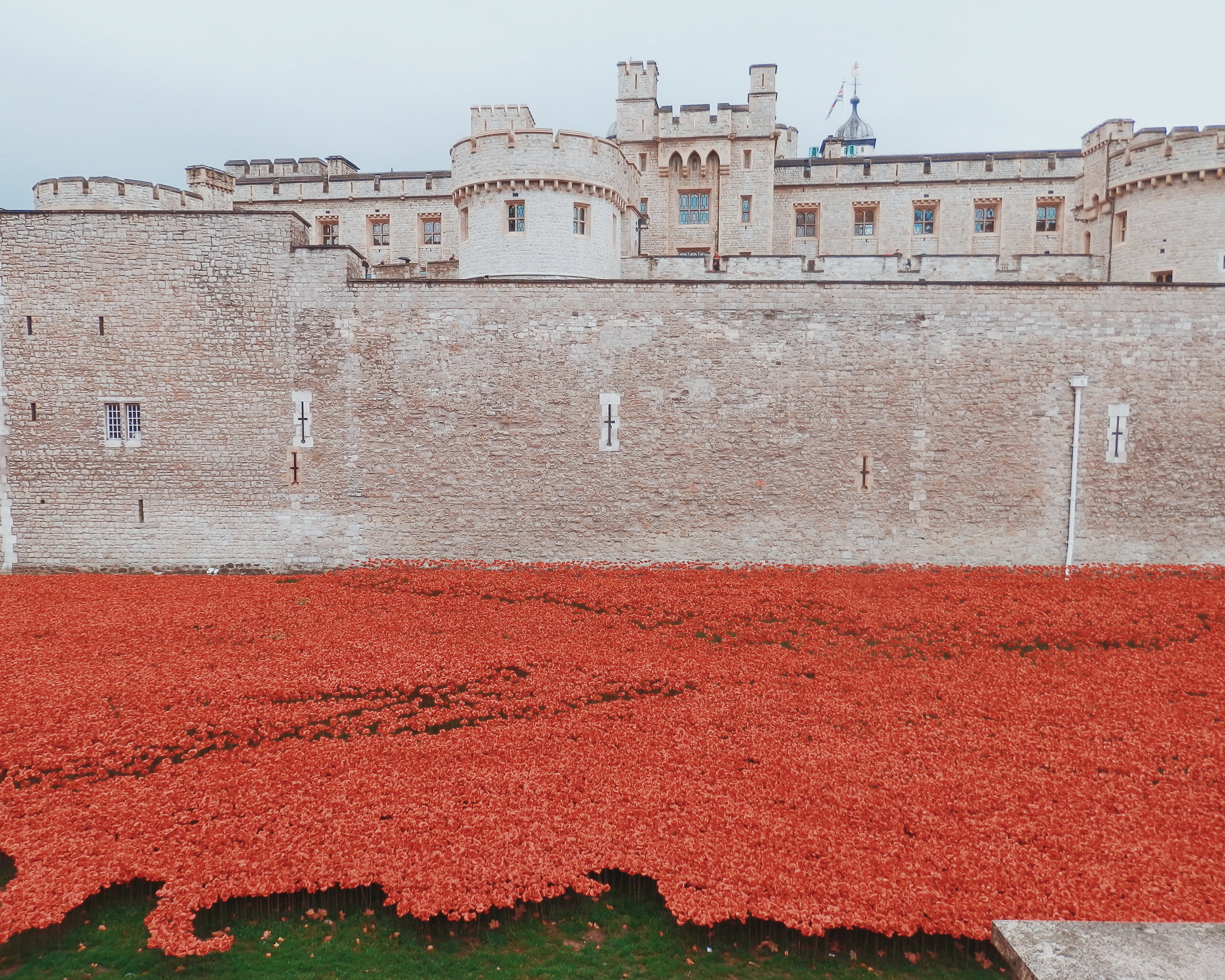 The red poppies installation is an artwork by artist Paul Cummins entitled ‘Blood Swept Lands and Seas of Red”. Each poppy represents a British and Commonwealth military fatality from World War I.
Walking nearer and nearer the Tower Bridge (not the London Bridge), I thought I heard my subconscious singing “London Bridge is NOT falling down”. I have to see it! And when I finally saw it.. I felt like I was dreaming. 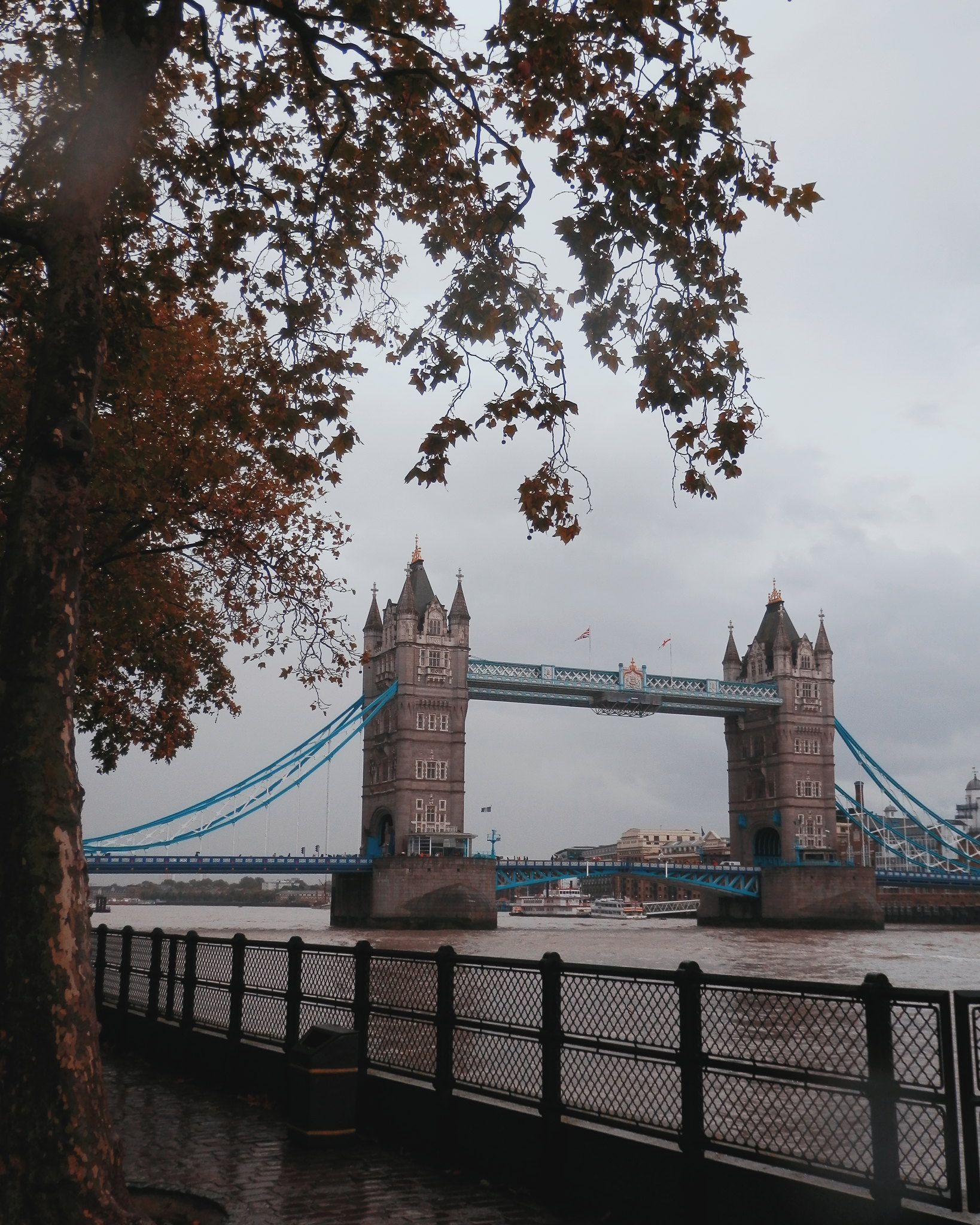 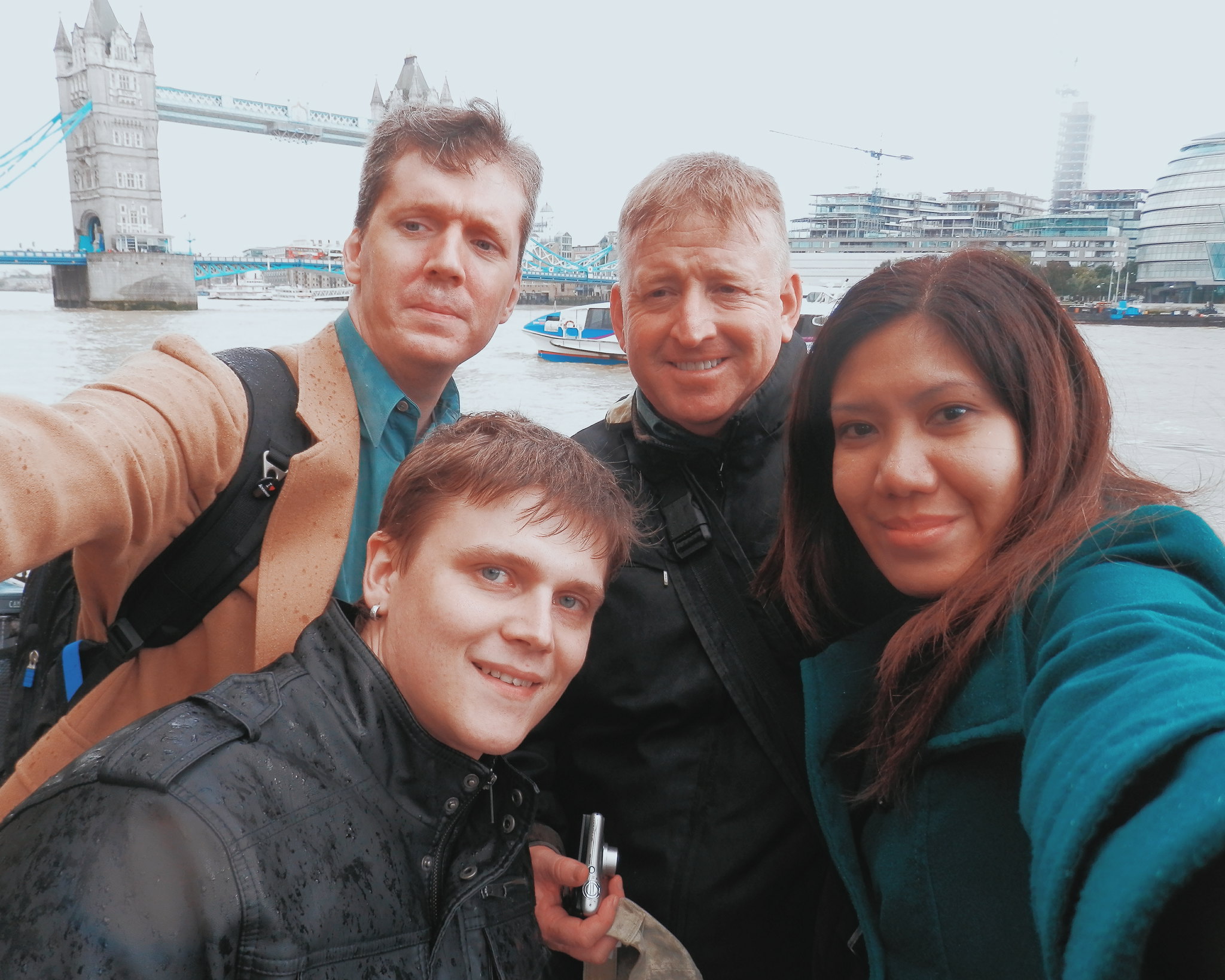 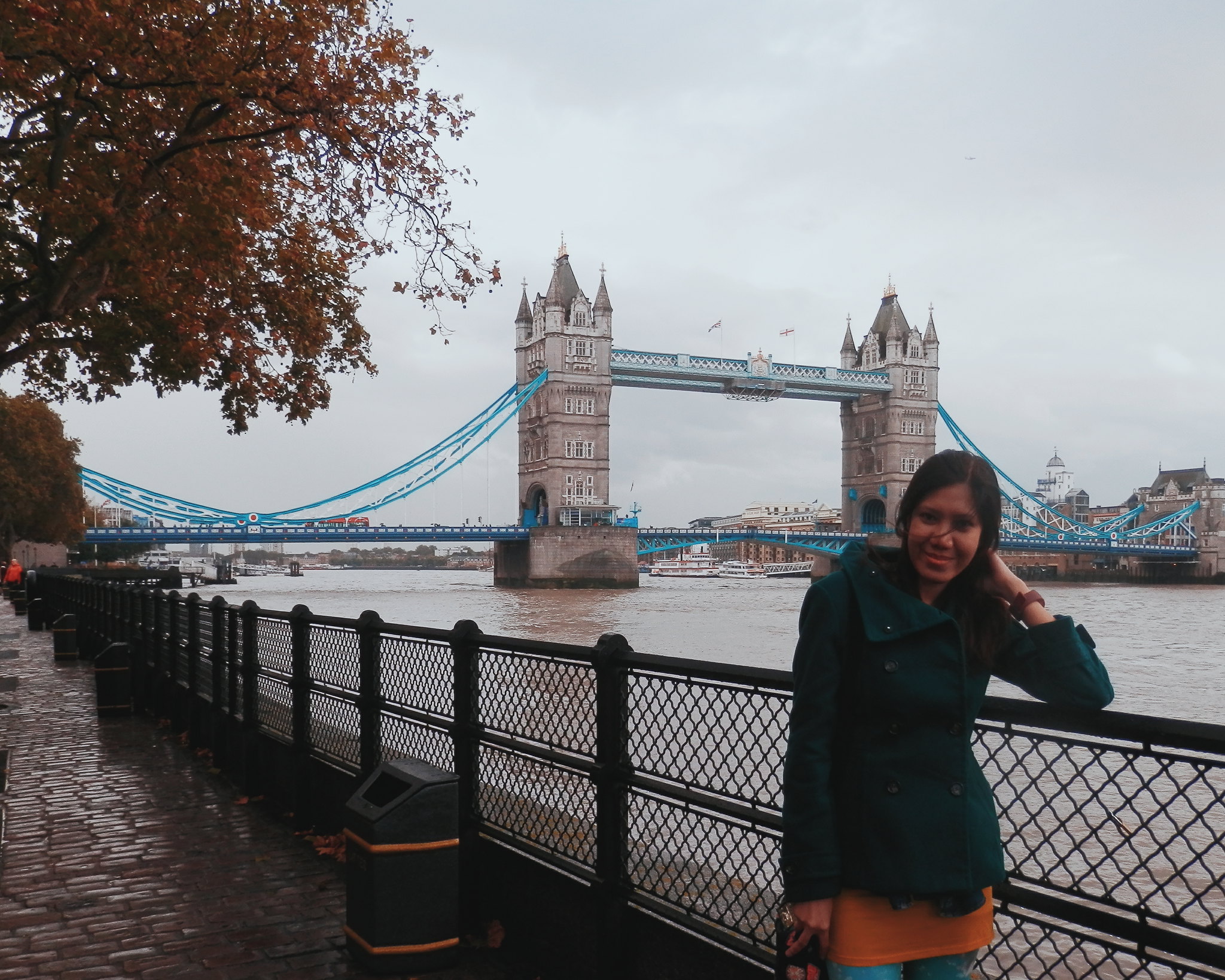 A girl from Manila, walking with 3 other wanderers from different parts of the globe looking at the Tower Bridge of London.  It was not part of my dream (yet) to visit London or see these places. But I was there. Caring less how I look and how the pictures would turn out. I was more concerned about my feelings at that moment and living the reality.
It was true when I said I never slept when I was in London. Every minute counted that I chose not to spend even a second in my room to even fix my hair or wear makeup. 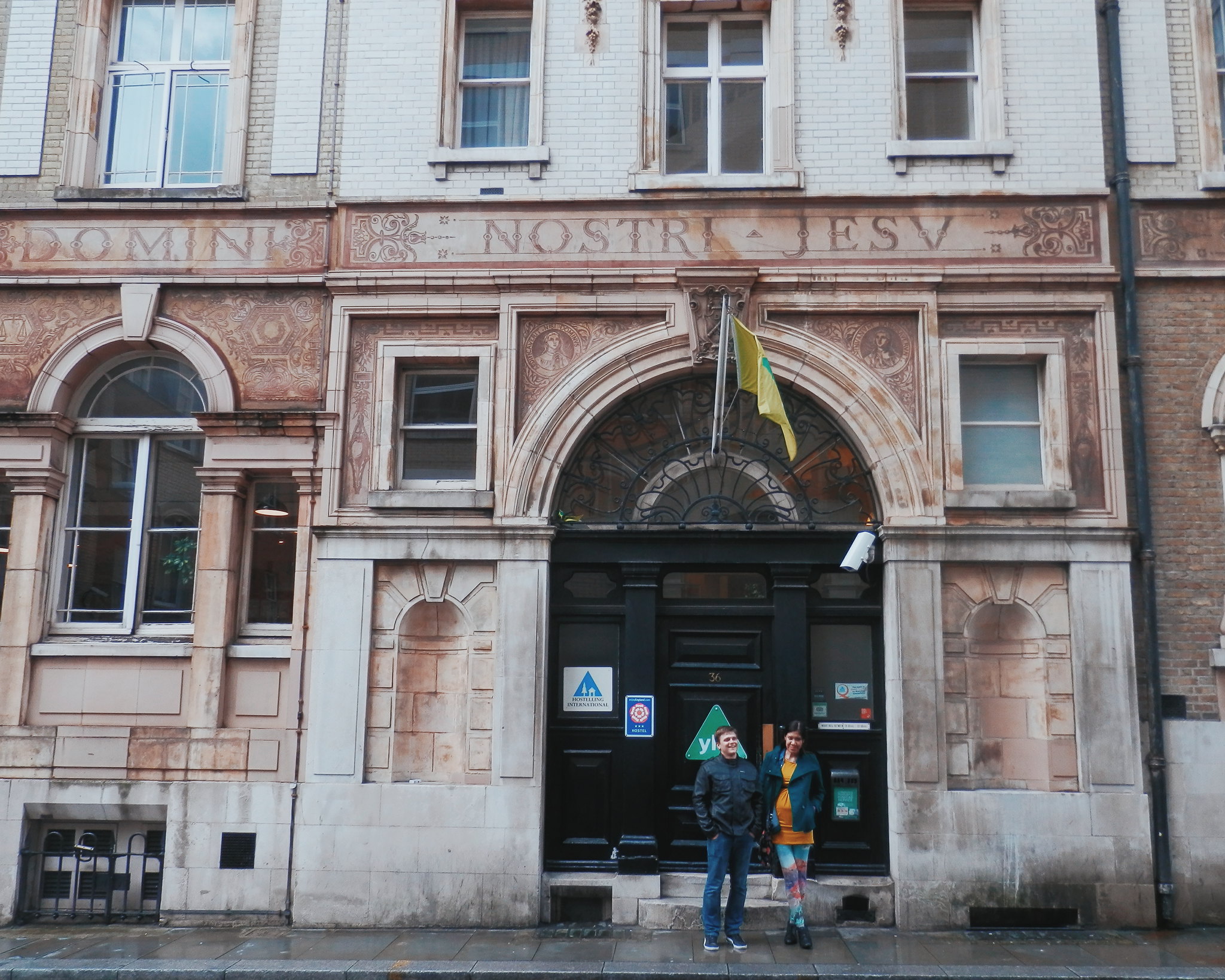 I recently read an article how tourists mistakenly call the Tower Bridge as London Bridge – using hashtags #LondonBridge in their instagram posts. I had a different understanding too (that we were going to London Bridge) until I was reminded by Chris (who once lived in the city). And I remember, London Bridge is an old bridge with less architectural details. The Tower Bridge is a more flashy bridge that is made with grey stones to give it a medieval-feeling.
We decided to go back after a few snapshots. I wish we had more time so I could go up the Tower Bridge and explore the place. 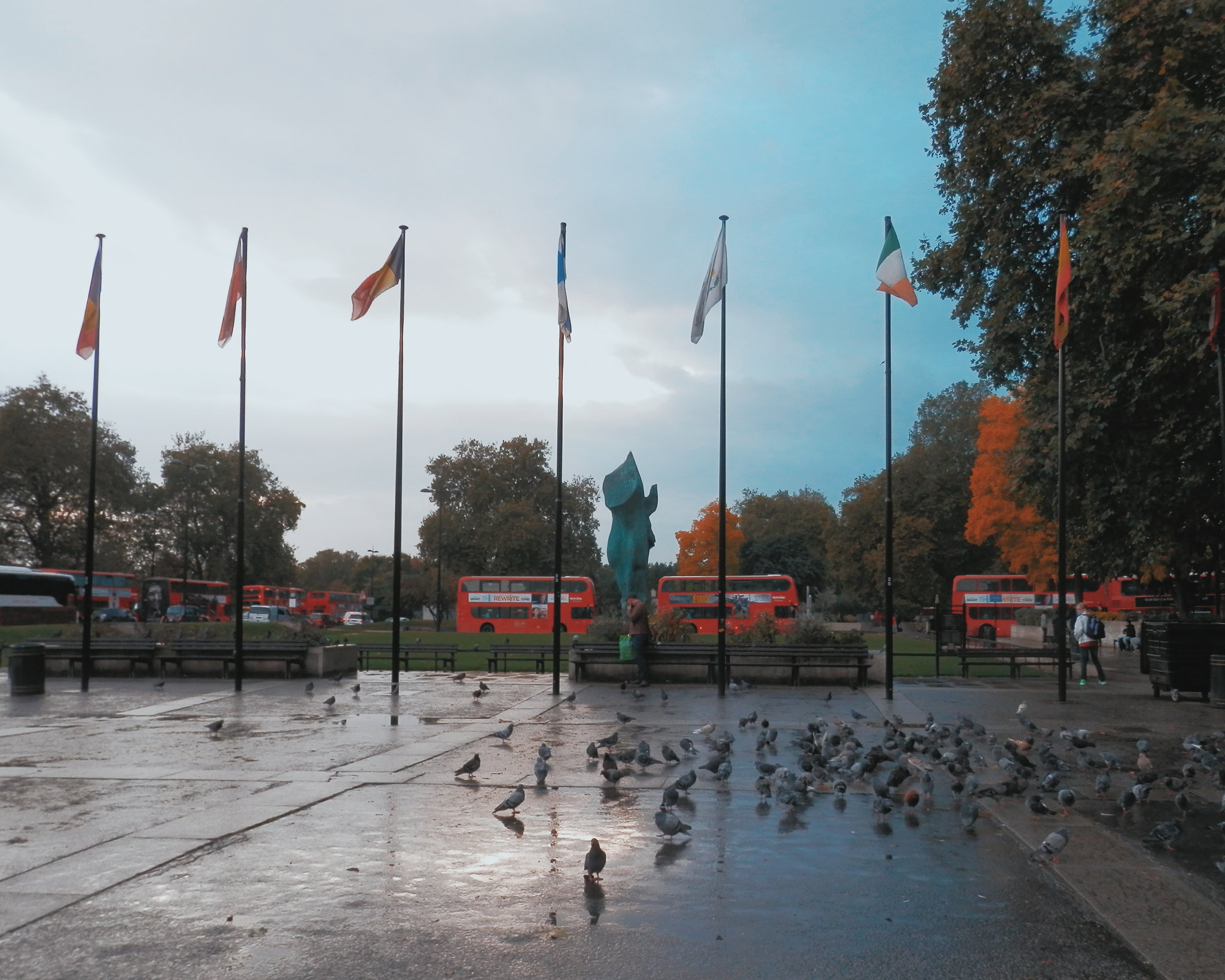 Check out my other Travel and Adventures.
Read Bucket List Series