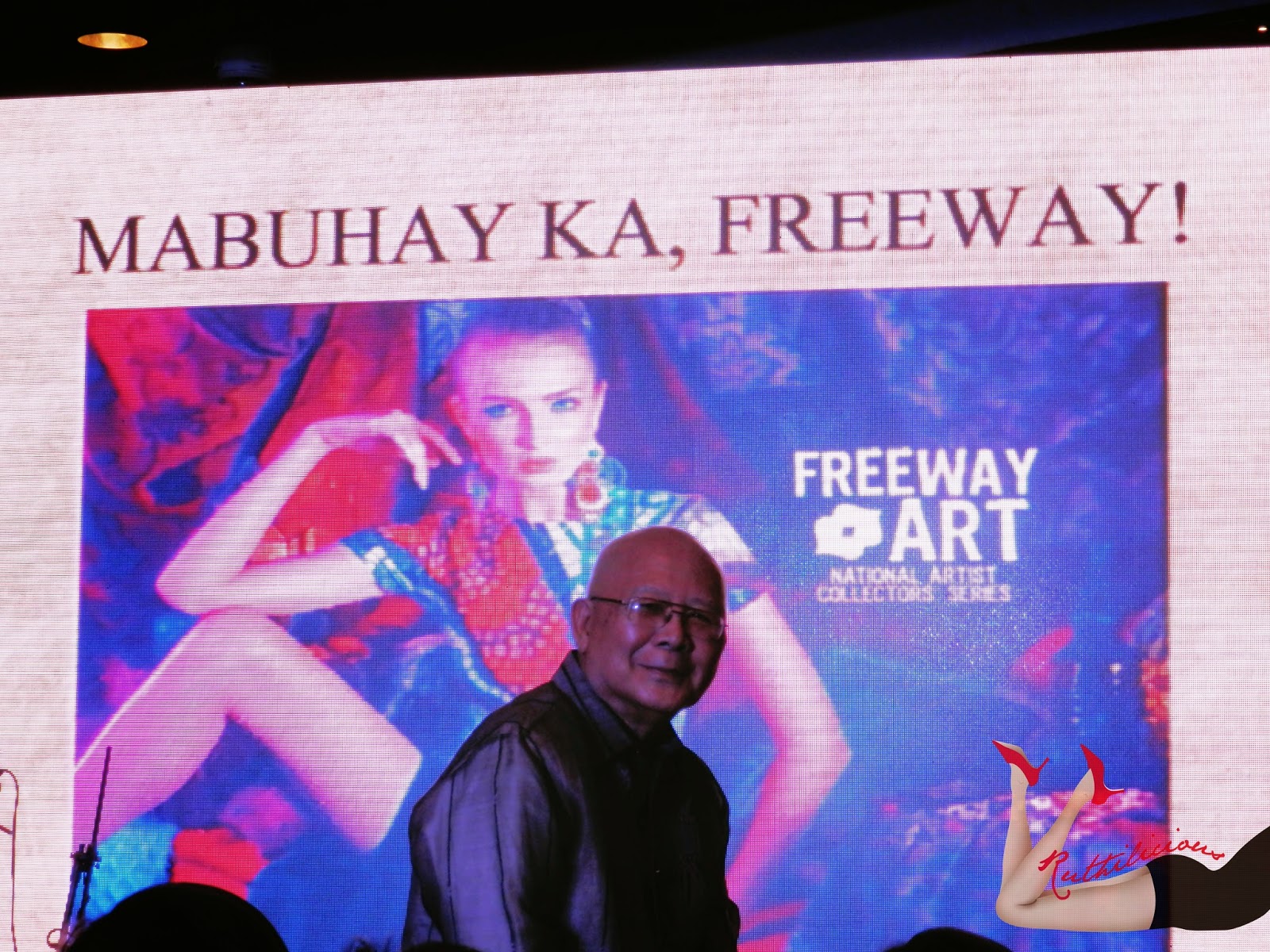 When I received the invite for the Freeway National Artist Collection launch, Freeway knows that I would never miss it. I never missed one since I started covering events for Freeway. I was there for the launch of:

Music from Tatay Bien’s librettos were played during cocktails, and the show was opened by the vibrant host, Tessa Prieto Valdes who was also wearing a very colorful headdress and piece from the FreewayxLumbera collection. She shared that the Freeway NACS are really for keeps.


Tatay Bien’s life was celebrated through a video montage which showed the life and works of the great artist.

We were treated to a very (very, very) lovely performance (no exaggeration!) by upcoming artist Lirah Bermudez who serenaded us with songs from the Carpenters who is a personal request from Tatay Bien. This is the first time I heard of Lirah, and her performance and I was really awed.

Mall goers and fans were also treated by the performance from Gloc9 who is Tatay Bien’s favorite artist! He said that he was drawn to Gloc9 because of his patriotic pieces like Upuan. Tatay Bien knows good music and artists! He’s awesome!

After the musical treat, the audience was treated to candid stories from the panel of Special Guests: Vim Nadera, Director of Philippine High School for the Arts who gave his professional views on art and literature. I have to admit that I only get to know more about history and arts through this kind of event. 😉

The Life of Bienvenido Lumbera

Born on April 11, 1932 in the humble town of Lipa, Batangas, Bienvenido didn’t exactly have an easy childhood. He lost his father, Timoteo Lumbera, while he was barely a year old then his mother, Carmen Lumbera, succumbed to cancer a few years later, leaving him under his relatives’ watchful guidance. Trials and adversities never did crumble Tatay Bien’s spirit but he used it instead to touch the lives of different people through his compelling works and words. 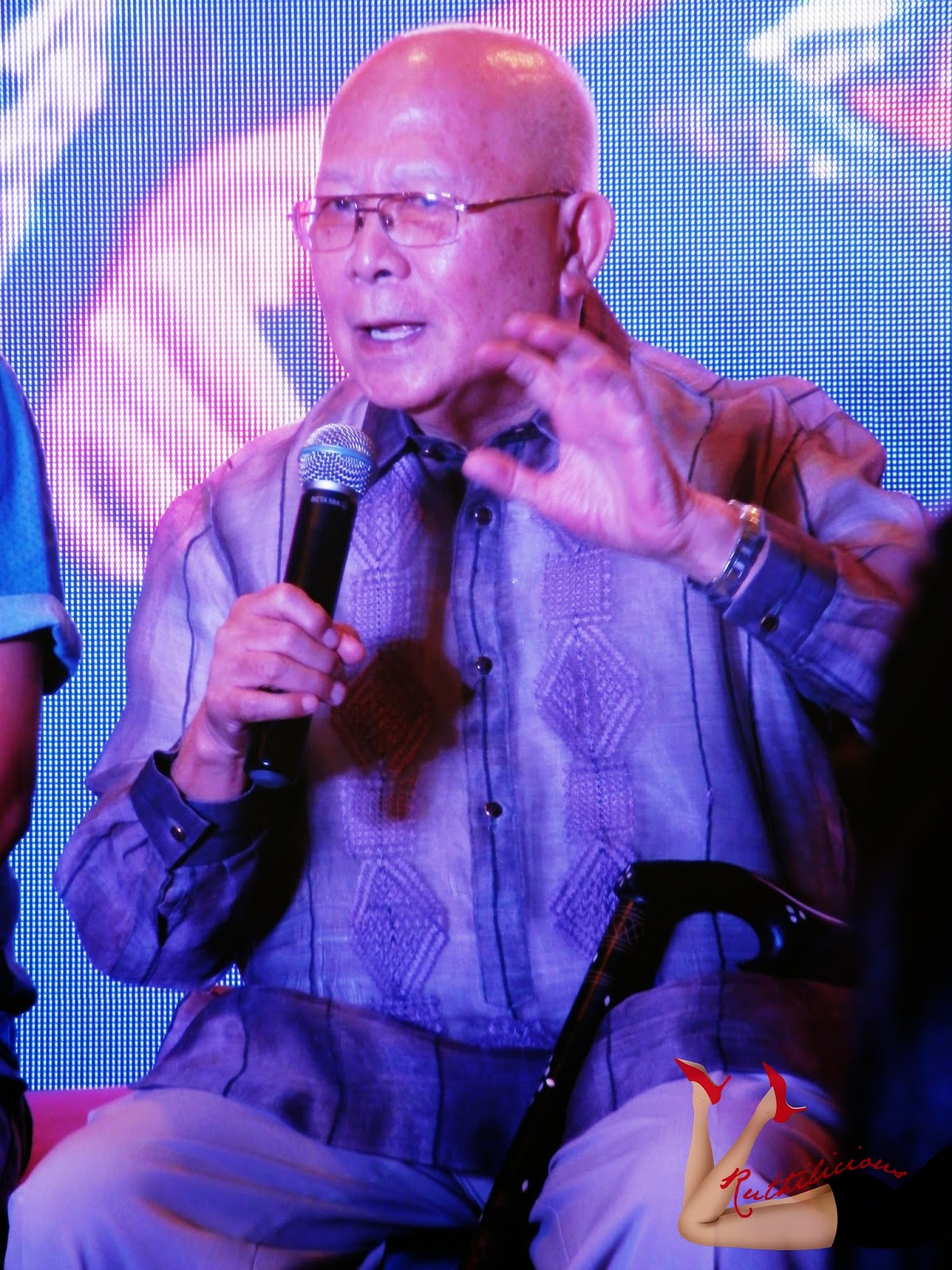 He finished his studies and M.A degrees at the University of Santo Tomas in 1950 and later pursued his Ph.D in Comparative Literature at Indiana University in 1968.

A few years later, he came back to the Philippines to teach Literature, Philippine Studies and Creative Writing at the Ateneo de Manila University, De La Salle University, University of the Philippines and University of Santo Tomas. Imparting what he learned from his studies, experiences, life in general has always been on his list. With his wit and perseverance, he did not only have the chance to teach in his own country but also in Japan. Aside from teaching in a typical setup, his writings have also taught many of his readers until today.

He was able to create numerous well applauded and celebrated literature for publications and theater, some of which include Tales of the Manuvu, Rama Hari, Nasa Puso and Amerika, Bayan: Apatna Dulang Musika, Revaluation, Pedagogy and many more earning him the title of Philippine National Artist for Literature in 2006.

Here are my favorite pieces from the collection 😉

Here are some photos from last night:
See more of the events pictures here.