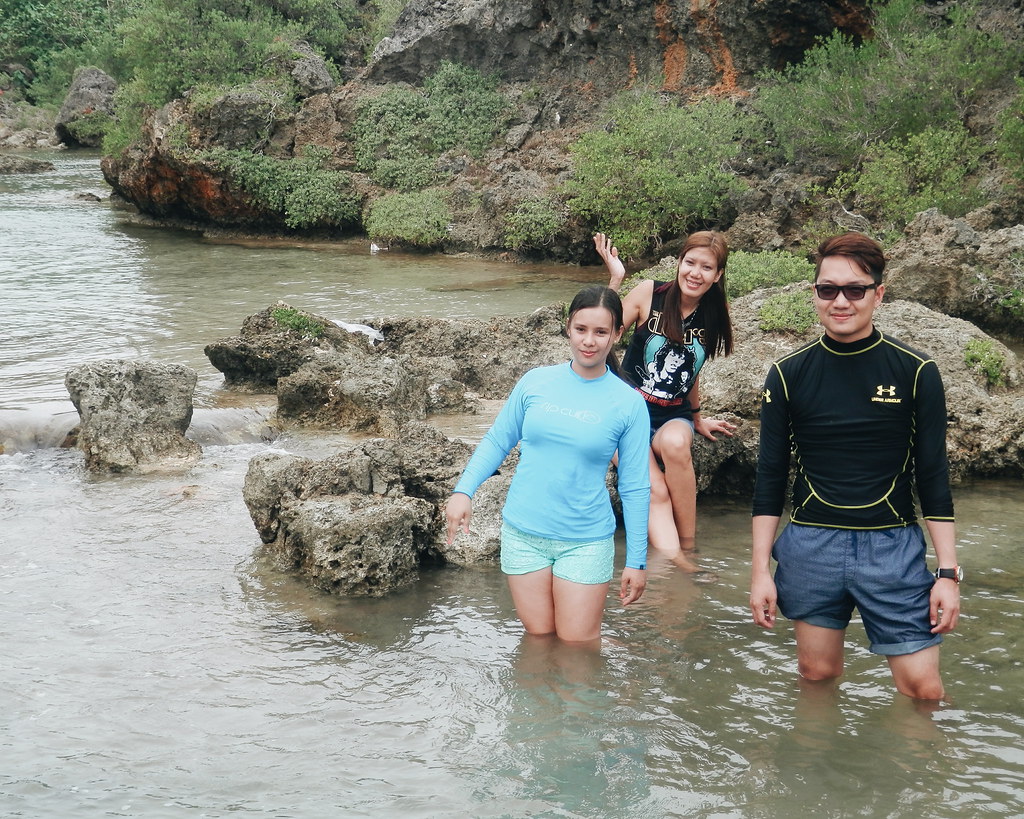 The second day of the #RuthGoestoGuam Guam Travel Blog Series is all about the sea adventure. Two weeks ago, I flew to Guam with other bloggers to explore Guam. You can read about my stories En Route to Guam and Guam Day One adventures (click the links!).

Click Read More to read about Day Two of #RuthGoestoGuam

Our first stop was at the Fish Eye Marine Park.  It was a long walk on a 1,000 foot bridge to get to get to the observatory. It is the first and only observatory in Micronesia right in the Piti Bomb Hole. Down at the conservatory, you would see different species and fish in a 360 degree view. Imagine seeing the world under the sea without getting wet and in an air-conditioned deck 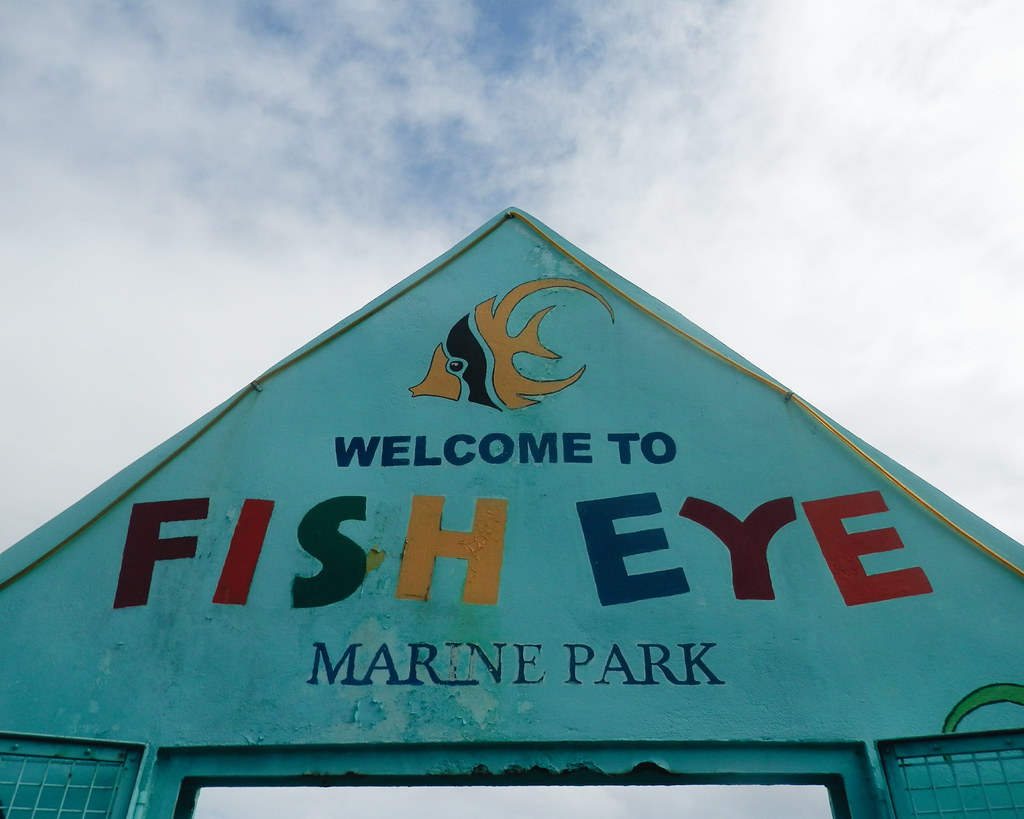 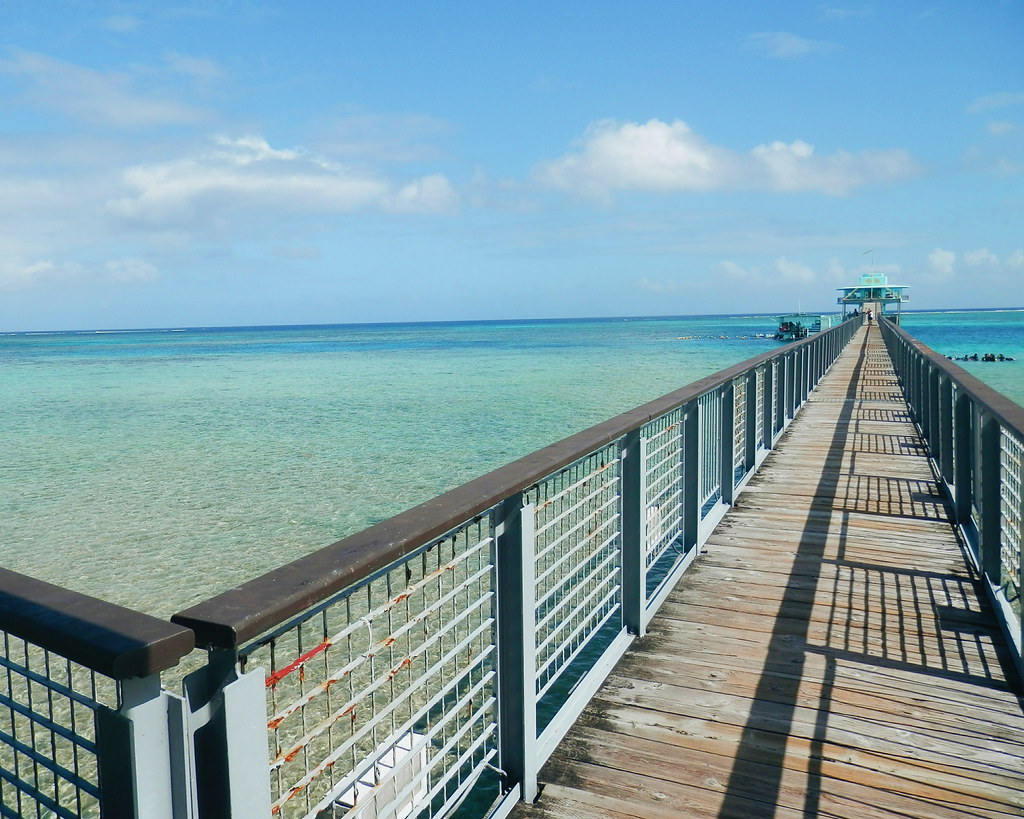 Our next stop was at the War in the Pacific National Historic Park. It is one of the most interactive and interesting museums I have visited. Museums can be boring at times, but for those new travelers, always visit a country’s museum to get to know its history. In here, we have seen a 10-minute video which tells the history of Guam during World War II and how the US government has reclaimed the island. Part of me is wishing Philippines were under US colony too. 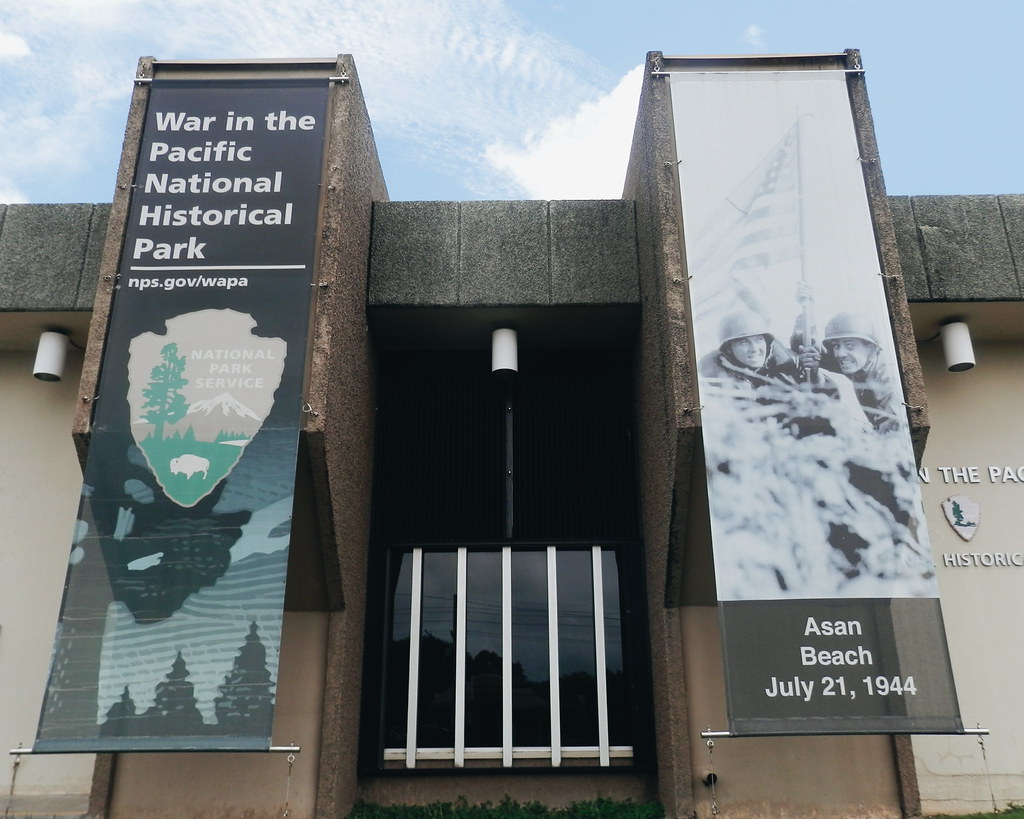 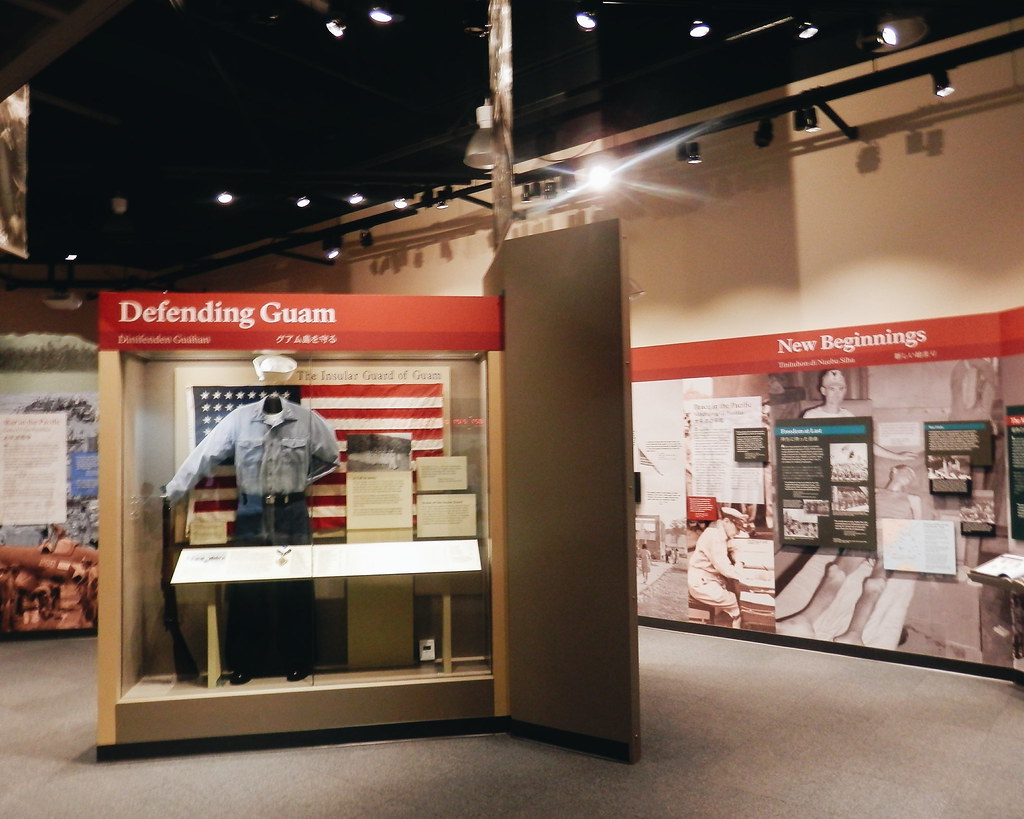 The museum has interactive stations.  Look, you can even play dress up! 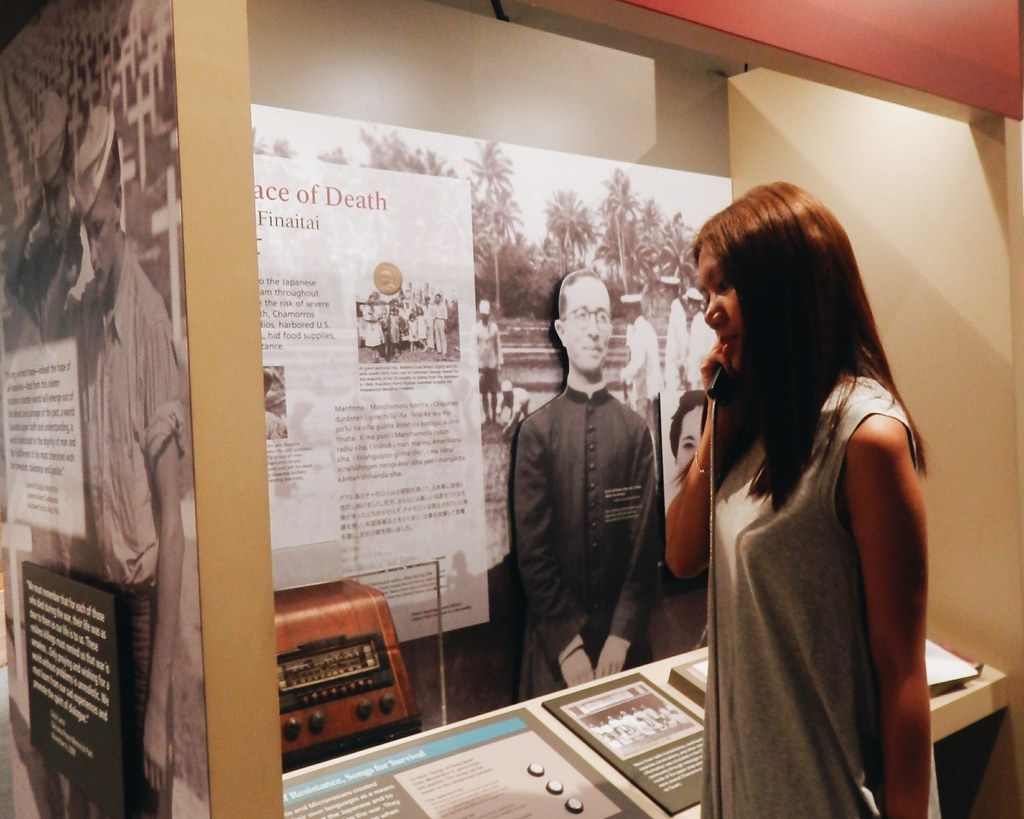 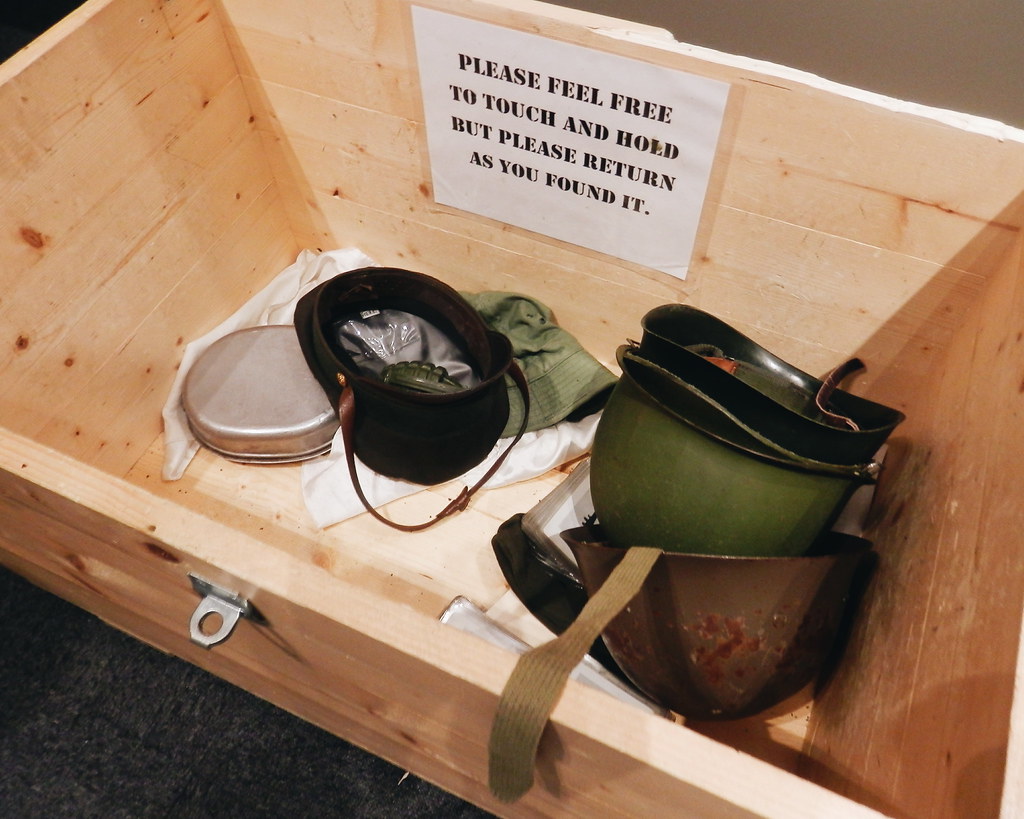 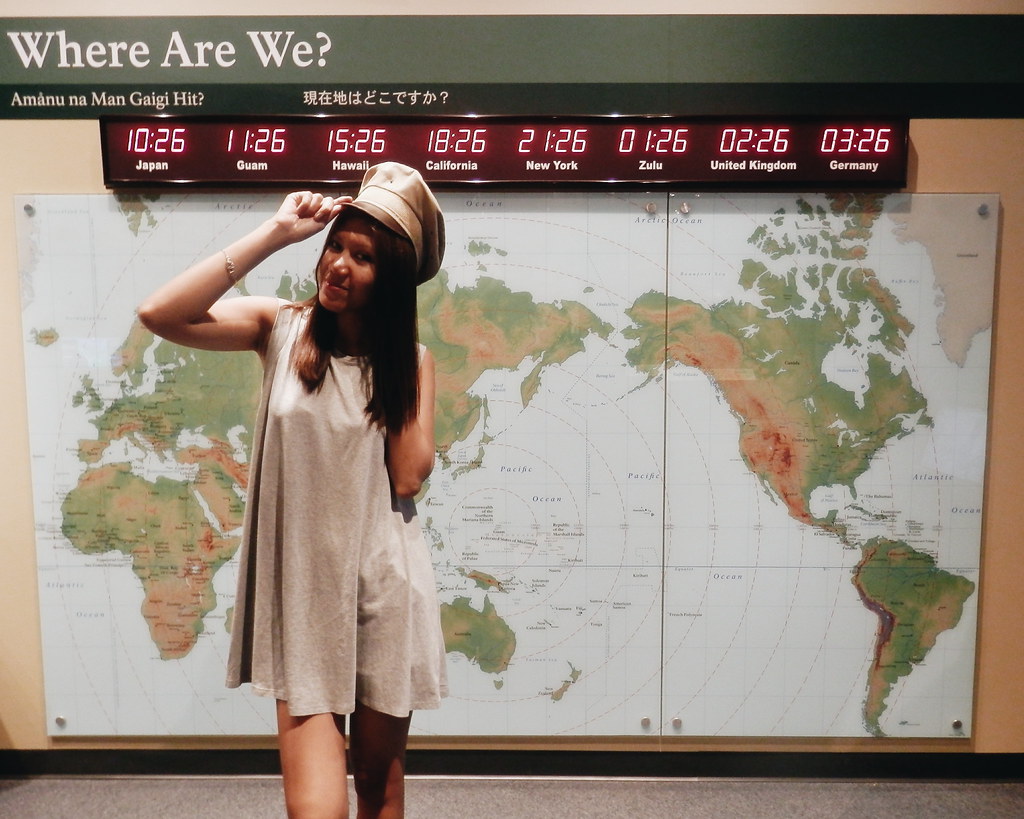 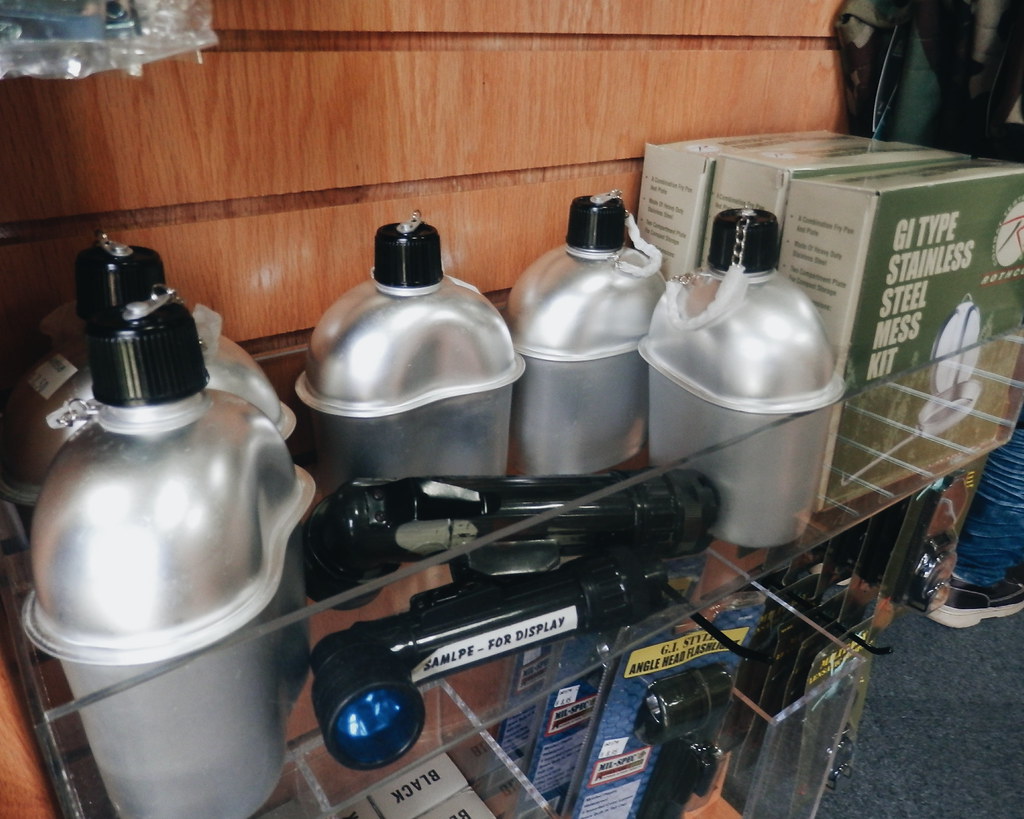 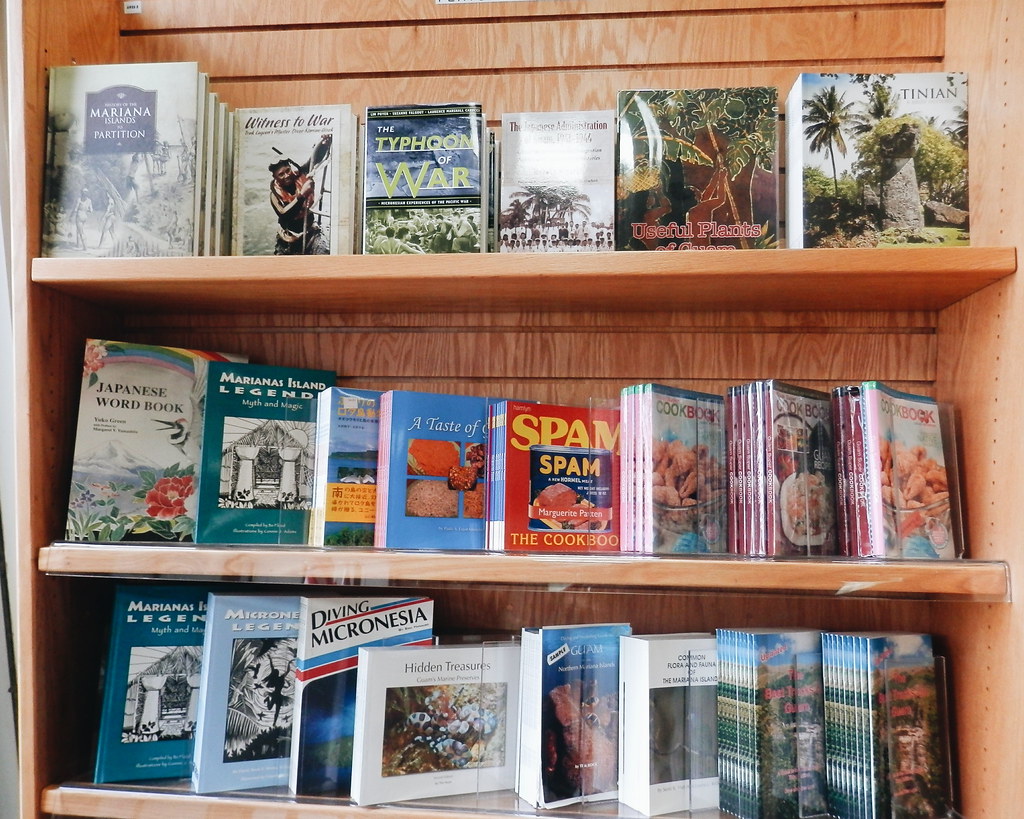 Look at that Spam book! And the water bottle which makes a good souvenir.

To complete our Guam Day Two Sea Adventure, we had lunch at Jeff’s Pirates Cove. I heard they serve the best burger in Guam and I was so excited to try it! I was hungry like a pirate! The restaurant has so much character. There is a store in front that sells anything and everything pirate – from shot glasses, shirt, flags, including hot sauce! 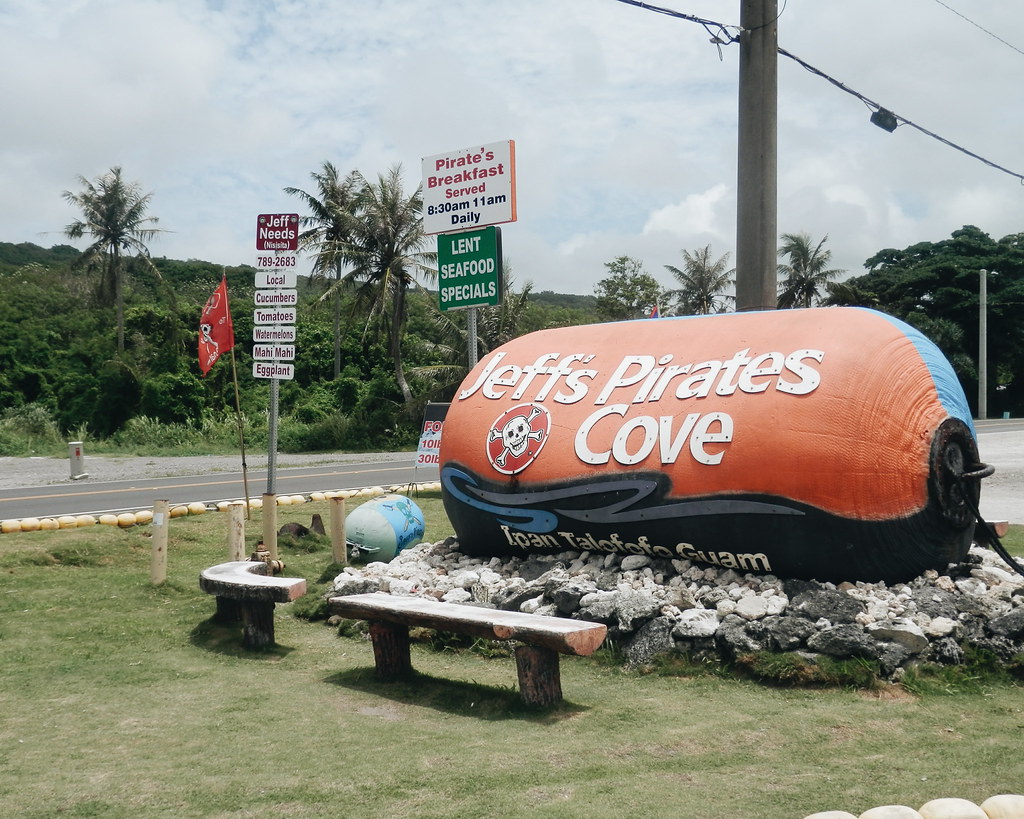 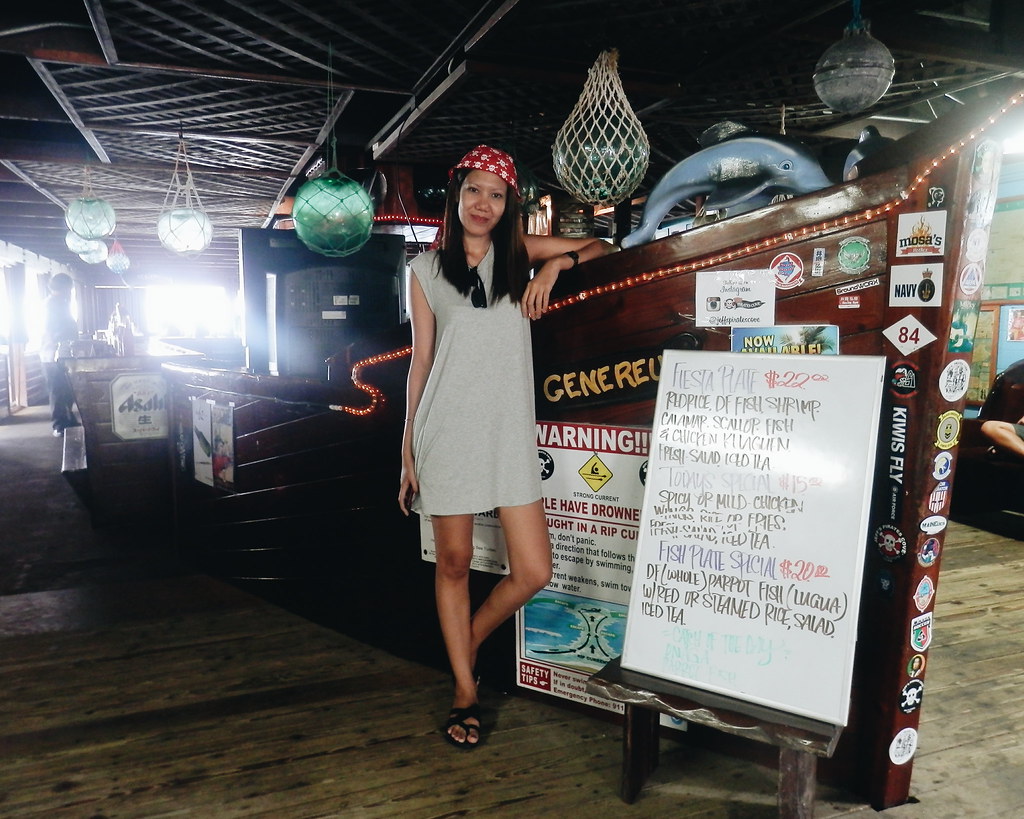 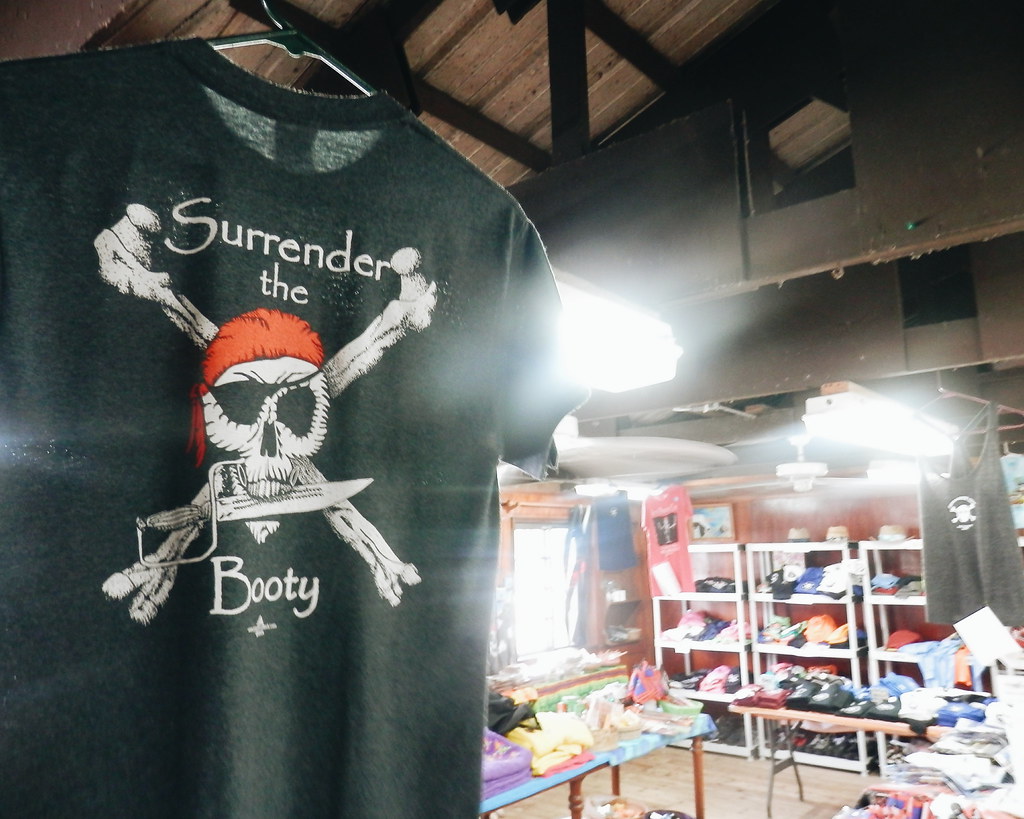 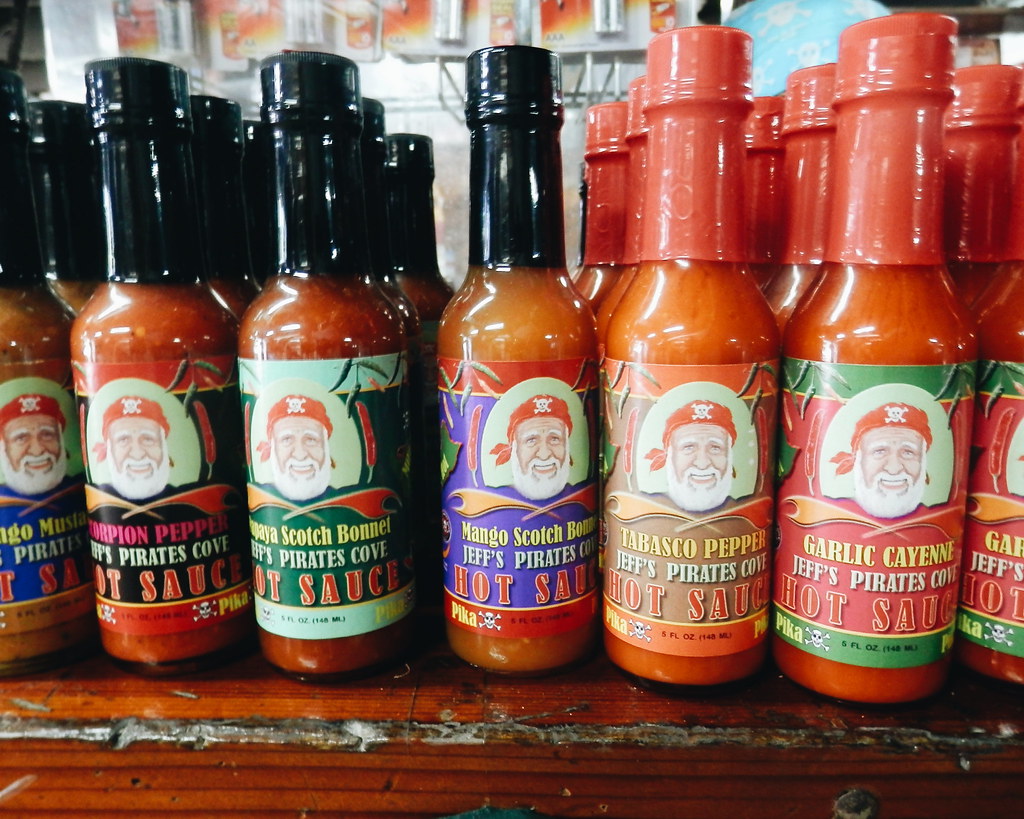 Inside is a beautiful messy bar with a great dining area overlooking the sea. It is as if you put all the good stuff to create a nice mess. I love a bar like Jeff’s! 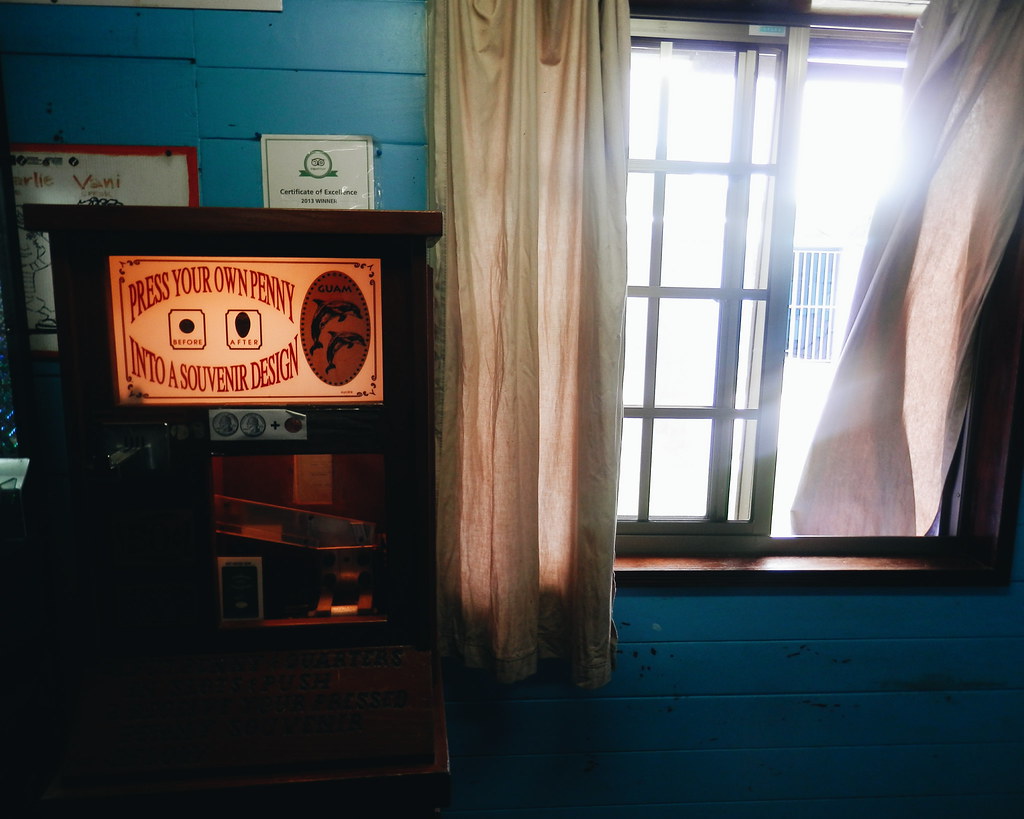 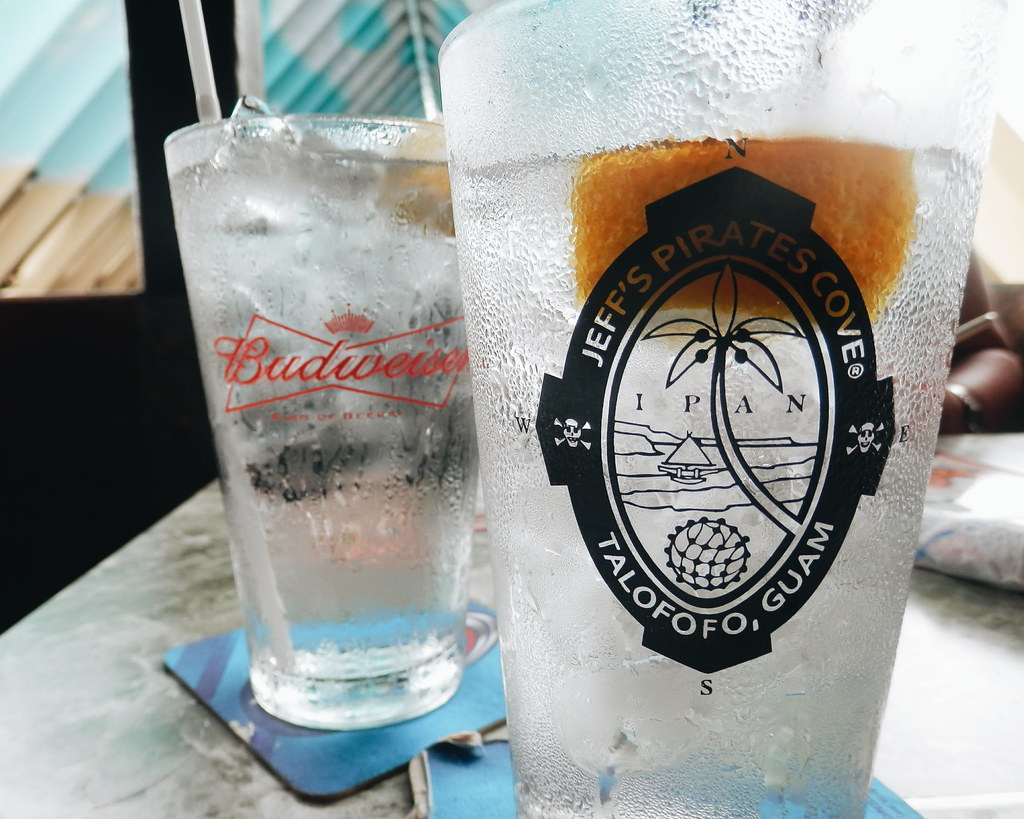 Now, let’s talk about the food. I cannot believe I am writing at this hour because looking at these pictures makes me hungry (!!!). I am a burger and chicken person, you see. Jeff’s Pirate Cove serves appetizers, burgers, rice meals and different kinds of beer. 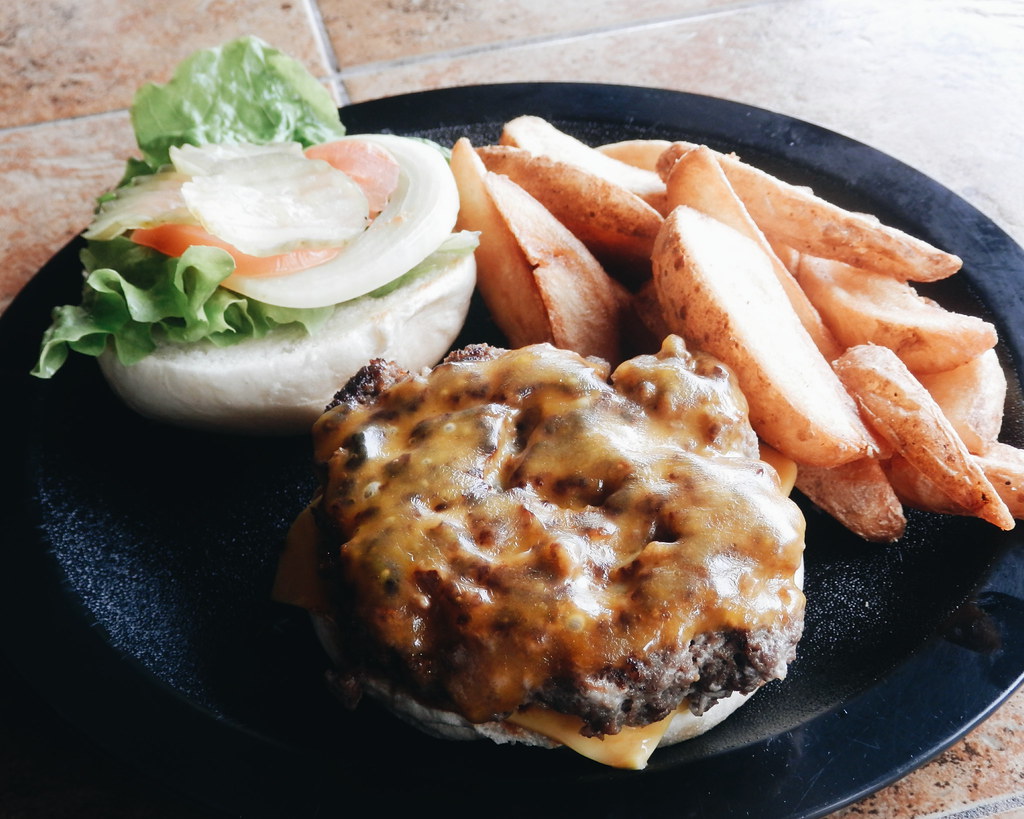 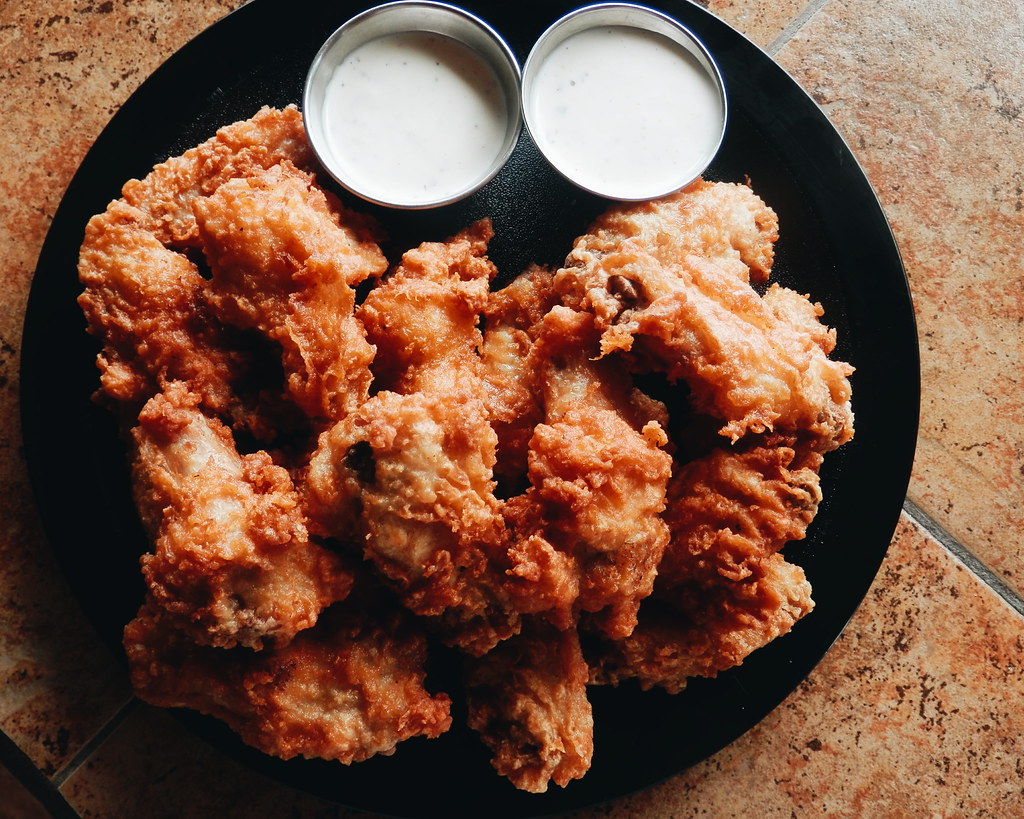 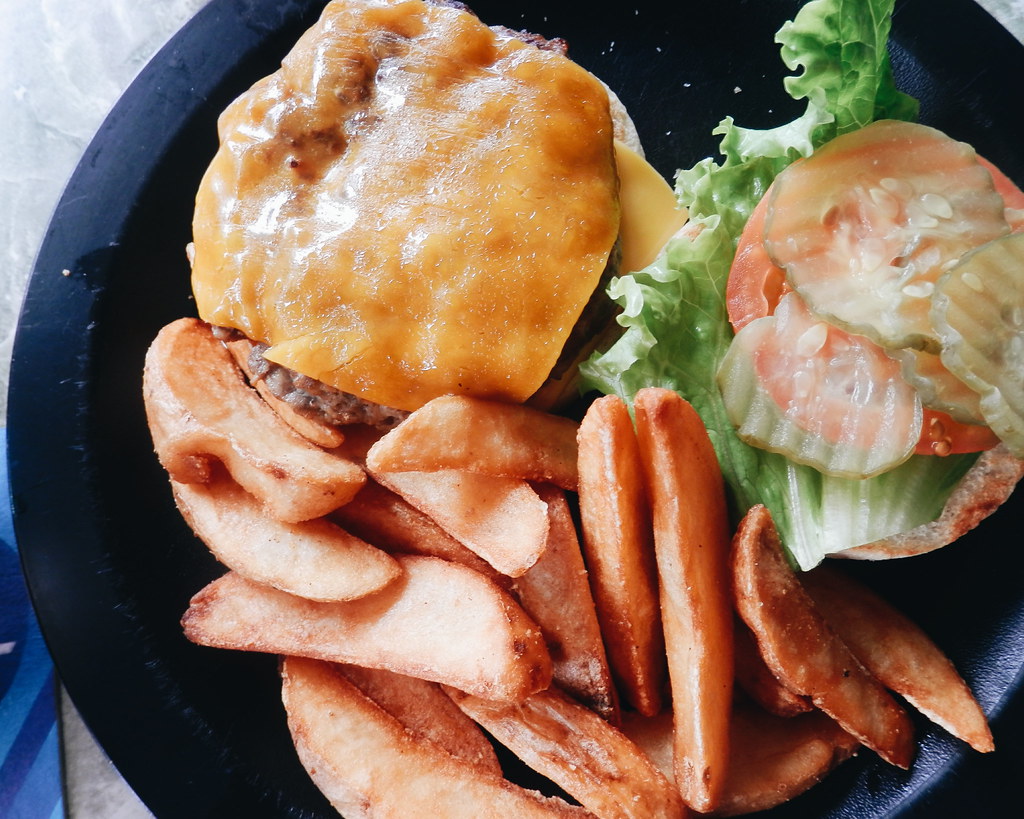 I had a 1/4 lb Cheeseburger which is the best seller. The meal costs $14 which is really affordable if you are working in Guam. You basically need to work for 2 hours (minimum pay in Guam is $8 per hour) to enjoy this meal. In Manila, one needs to work whole day to enjoy a meal such as this. Some people might find this expensive but if you are earning dollar (or the same currency), you would find the goods in Guam really affordable.

Having the best burger in #guam @visitguamusa at @jeffspiratescove. #ruthgoestoguam #travel #foodporn #burger #guam #wheninguam This meal costs $15. You basically just need to work for 2 hours here to enjoy this burger. Unlike in Manila, you have to spend a full day’s pay to order something like this 🍔
A photo posted by Ruth dela Cruz (@ruthilicious) on Jun 9, 2015 at 8:23pm PDT

Inarajan Natural Pool was made and formed via the earthquake that stroke the island. It is open to the public and we found some kids enjoying their time at the pool. In here, you would be amazed at the big waves from the Pacific Ocean that hit the beautiful rock formations. 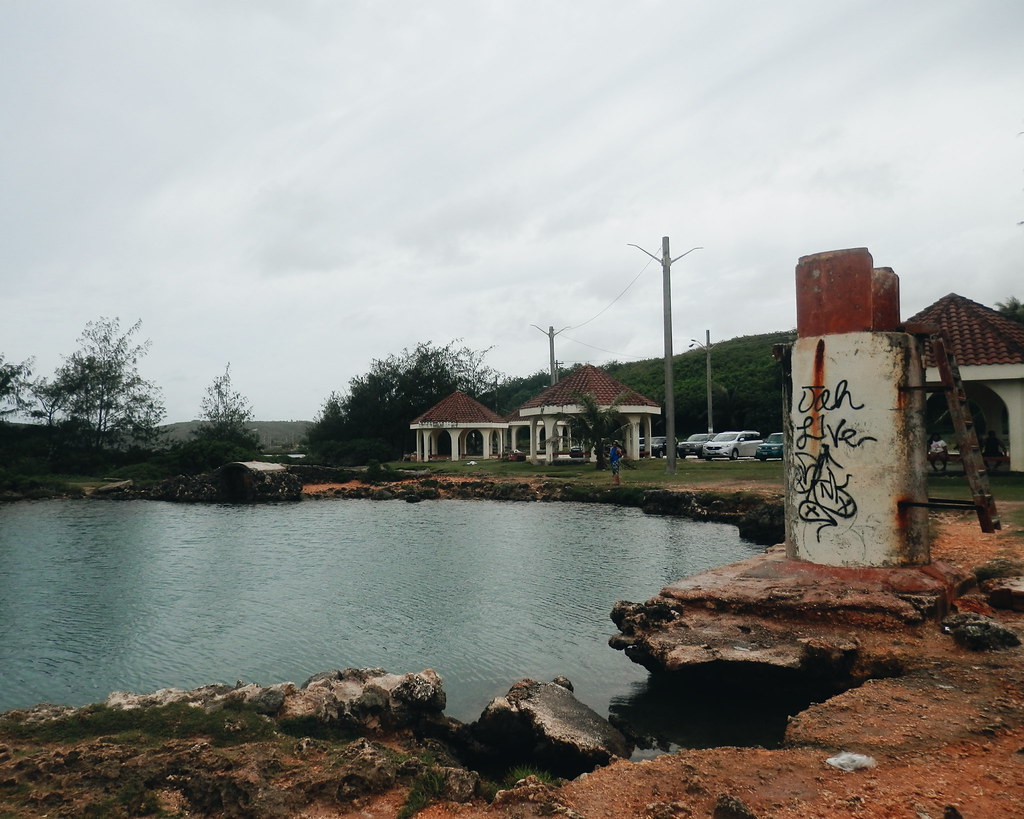 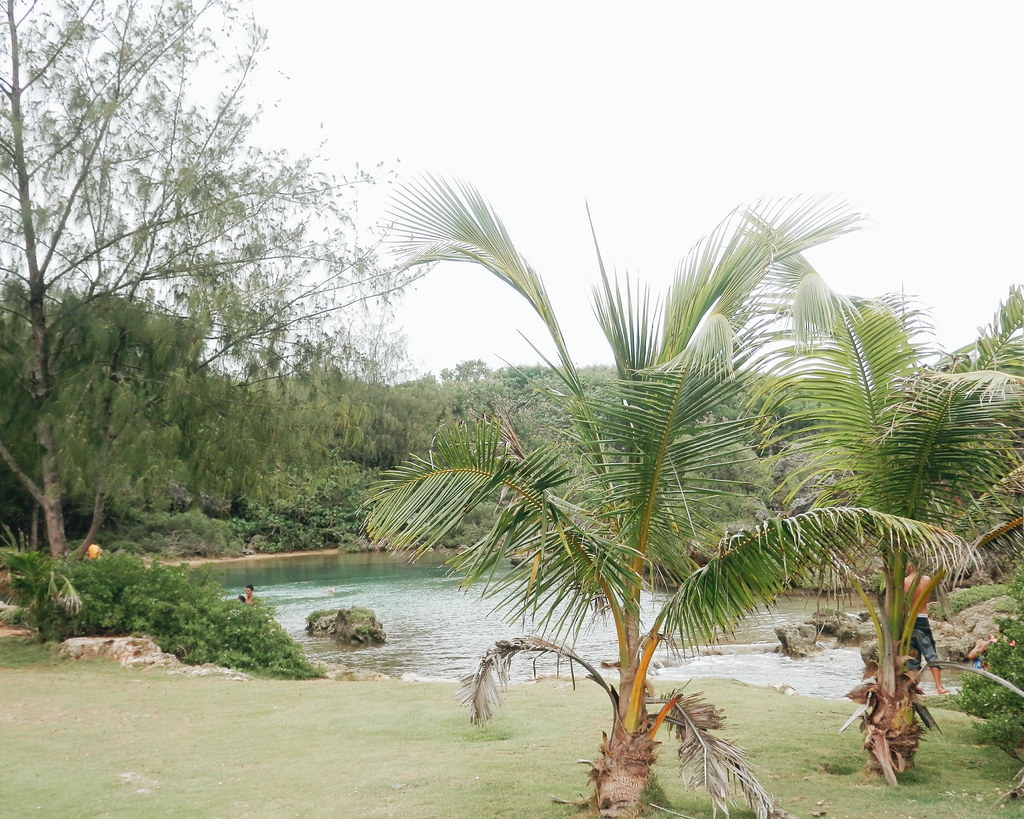 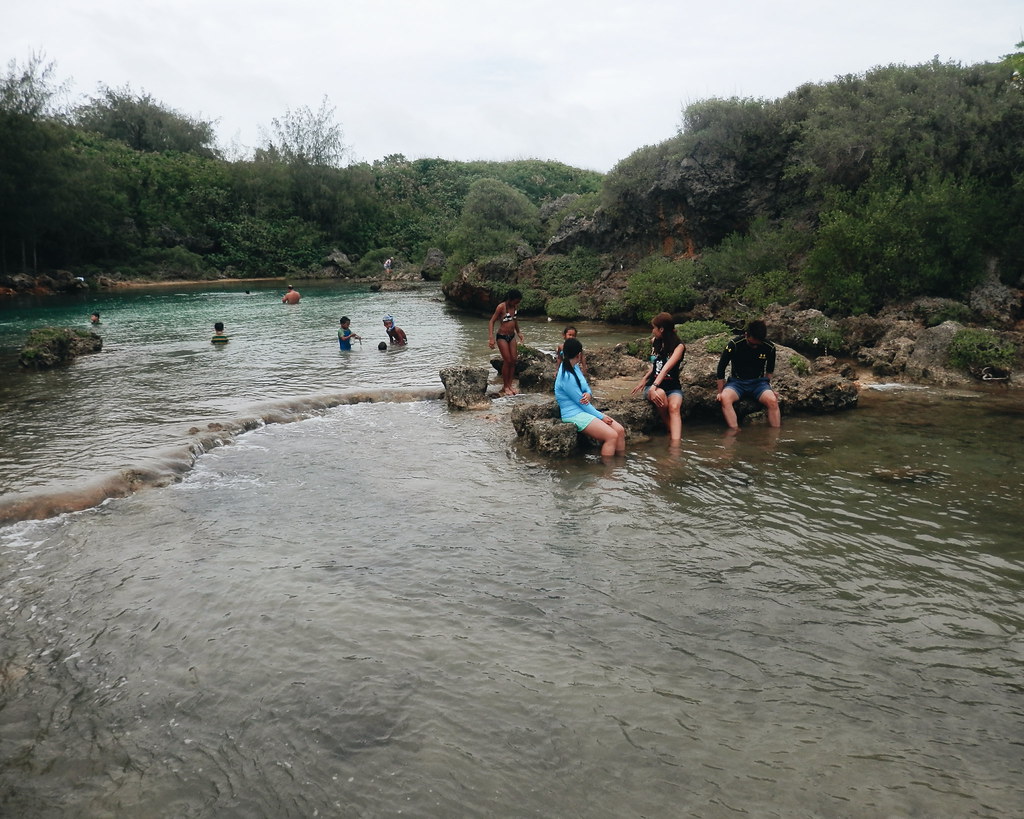 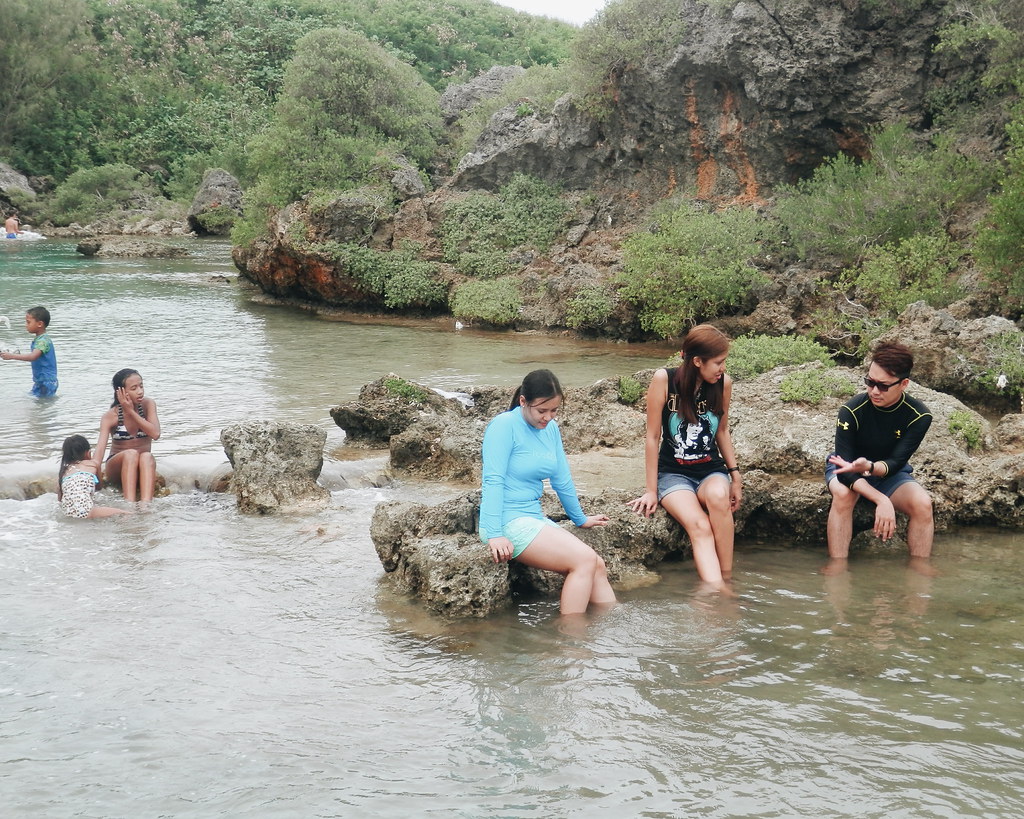 
It is open to the public and can be rugged at times. Here’s a traveler’s tip for you all, there is a mini grocery store in front of the lake and you can buy any item from there and ask to use the toilet. The lady who mans it is very nice 🙂

To say that I didn’t get tired of the whole experience is a lie. I was literally crawling in my bed every night during the Guam trip. But who would say No to an adventure? Our last stop was at the Underwater World. It has a tunnel aquarium which houses over 2,000 animals from different species. The tank has more than 24 sharks – and we went inside the aquarium to swim and play with the sea creatures! 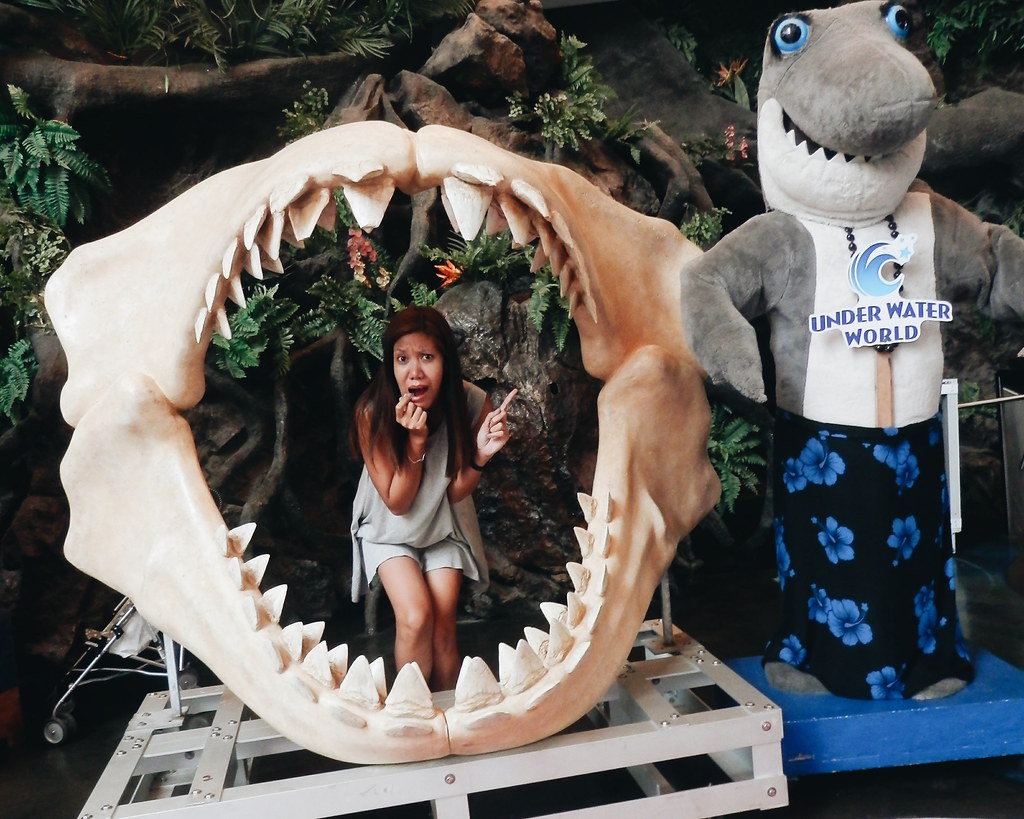 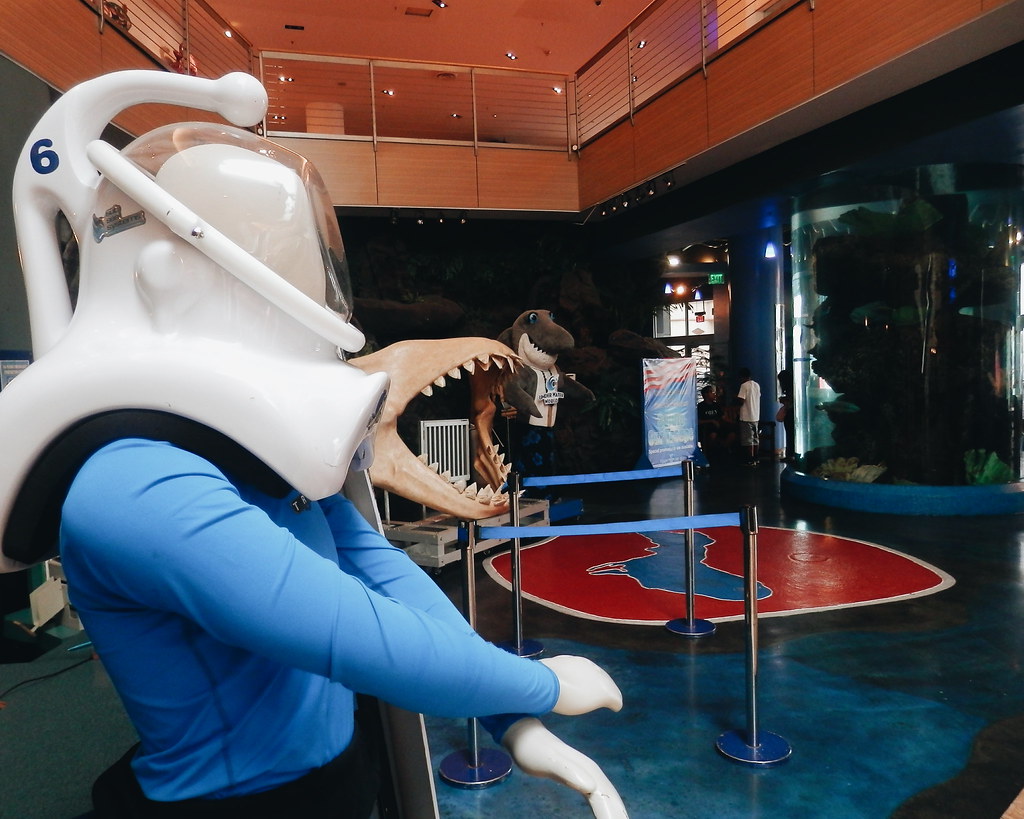 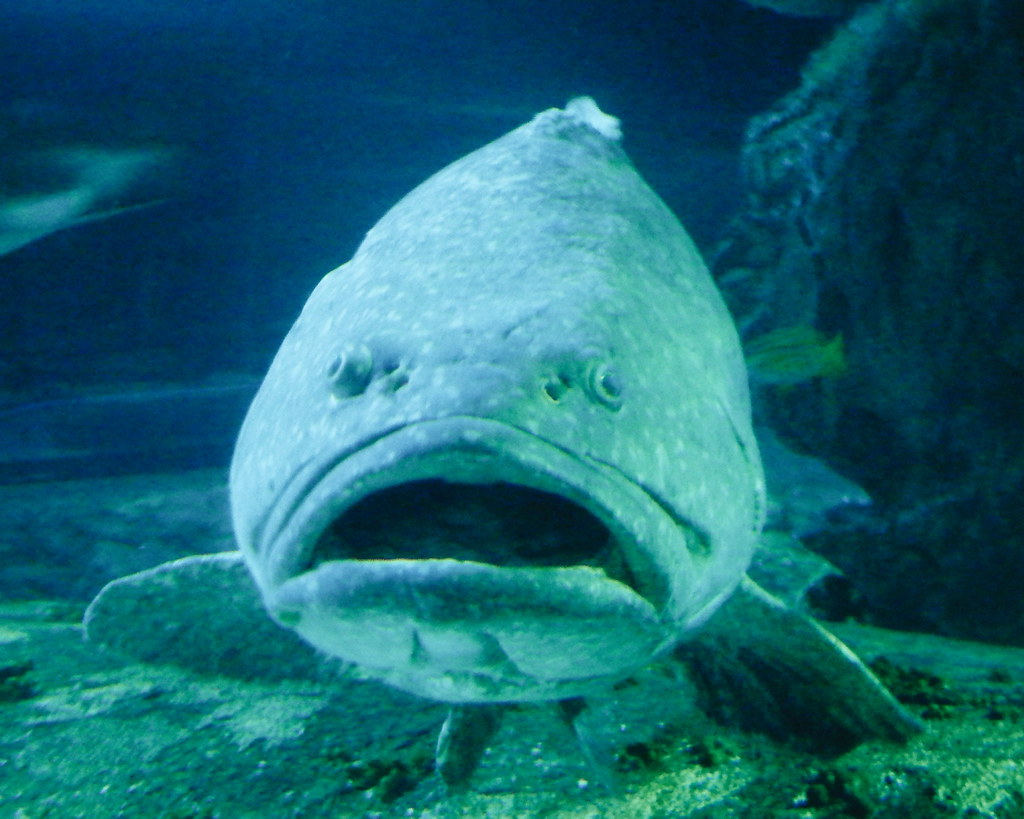 Yes, I did! I have previously done the Marine Walk in Boracay so the Helmet Dive thing is not new to me. What’s new to me is being inside the aquarium to provide entertainment to other Underwater World guests! Haha 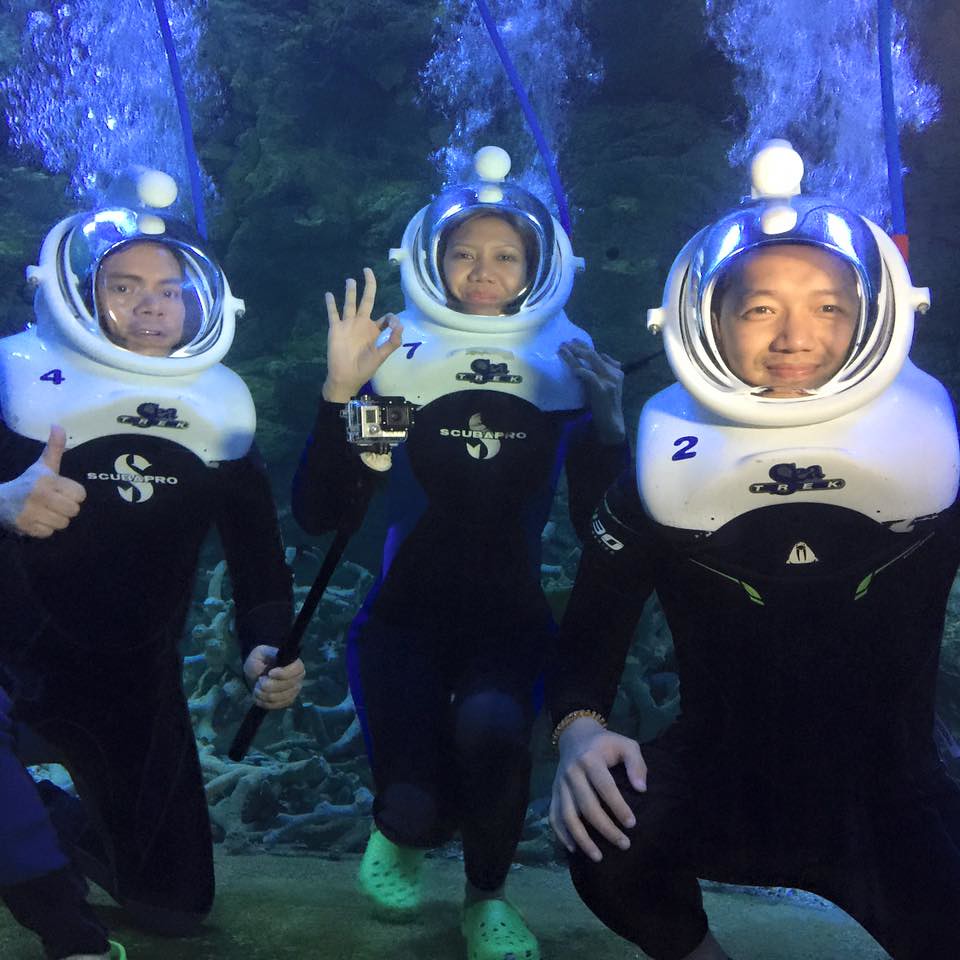 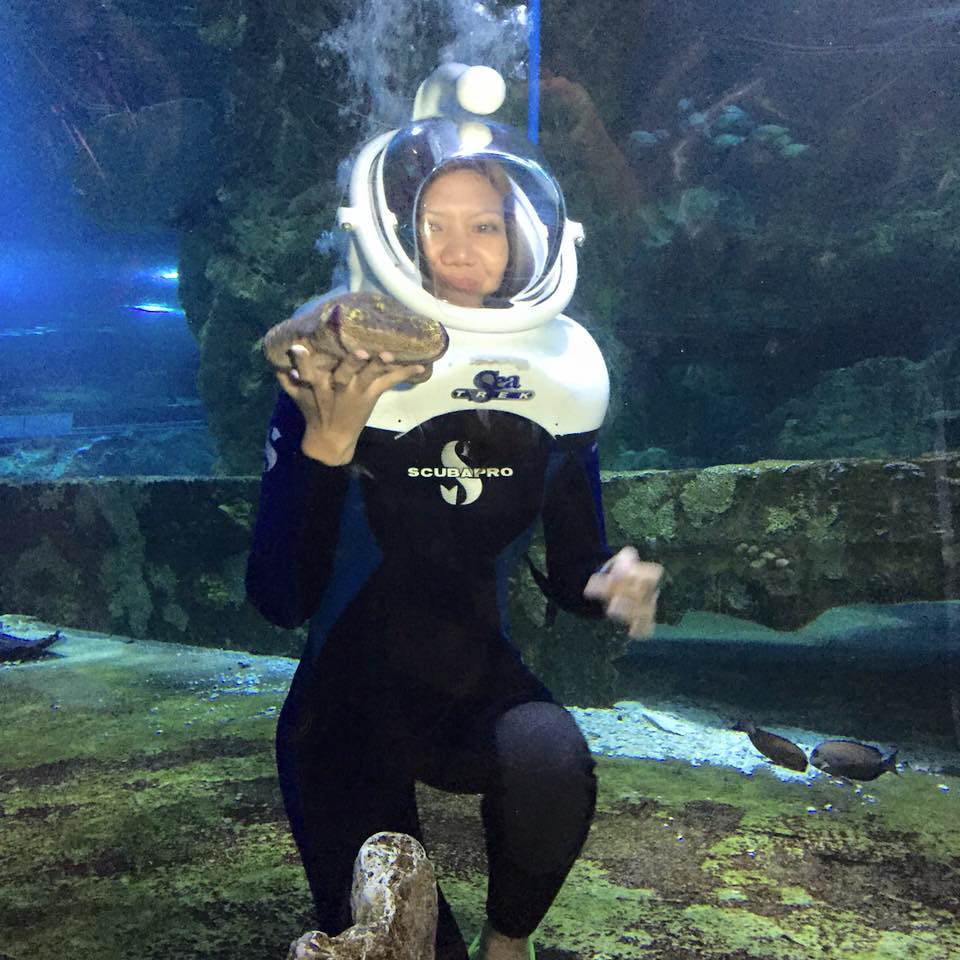 Pics by Carmel of Alouatta, Inc.
I highly recommend this activity to those who want to visit the Underwater World. The equipment is very safe and secured. Certified divers would assist you on your dive so you would feel more confident inside the aquarium (plus they do awesome tricks underwater too!).
At night, we had a lovely dinner hosted by Pacific Star’s General Manager,
Roy at the Manhattan Steak House.

En Route to Guam
Day One
Day Three
Day Four
SkyDive Guam
Manhattan Steakhouse, Guam
How I got my US Visa + Tips to Charm the US Consul